As economies improve, those who have weathered the storm and remain in place have no need to start from scratch, and seem to have “always been there,” doing what is necessary to instill confidence with prospective customers, and assuring their well-established client base they are in the industry for the long term proving they can accomplish the job.
COMM-OPS
COMM-OPS - FROM Transportable to Man-Portable: Baseband SATCOM,

Advances in the physical integration of traditionally stand-alone components into smaller, modular packages have allowed traditional rack-mounted systems to be replaced by lightweight, low-power alternatives that are now commercially available in the market. Featuring advances in power management technology and flexibility through increased use of modular component designs, these emerging systems offer the best promise for advancing the deployment of full-feature communications systems at the man-portable level systems that can offer the complete spectrum of data, imaging, fax, video and voice support that our forward deployed troops require to complete today’s evolving mission requirement.
COMM-OPS - Network Management for MilSat VSAT Technology,
The advantages of two-way VSAT communications are widely accepted and understood. VSAT networks face different challenges whichever operational frequency band is used, whether it be Ku-, C-, Ka- or X-bands. For network management, the choice of frequency is not an issue. However, customer and operations department management requirements for VSAT networks have been increasing rapidly, to an extent propelled by developments in terrestrial network management. Additionally for satellite networks, the requirements for higher bandwidths combined with increased commercial space segment scarcity and therefore cost, have driven VSAT manufacturers to develop and implement more and more sophisticated systems to squeeze every bit per hertz from satellite capacity.
COMM-OPS - Major Trends in the Tactical Use Of MILSATCOM,

While Military Satellite Communications (MILSATCOM) has been used for strategic communications as reachback between field command posts and headquarters for decades, recent technology advances in the satcom field is enabling faster deployment of highly mobile forces capable of adapting quickly to changing conditions in the field.
COMM-OPS - Digital Terrestrial + Mobile TV Deployment Over Satellite,
This article takes a look at the cost considerations a broadcaster could face during a deployment over satellite and explains how technologies such as DVB-S2 multistream and regionalization can reduce the total cost picture. Some use cases will be added to illustrate an alternative approach to design Digital Terrestrial or Mobile TV installations.
COMMAND CENTER
COMMAND CENTER - Colonel Roger W. Teague, SMC,

Larry Lemnios is responsible for coordinating Lincoln Laboratory’s technology strategy. He spoke recently with Lincoln Laboratory Journal Editor in Chief Herb Brody about the Laboratory’s strengths and challenges.
NSR: PRIORITY BRIEFING - In Support of the Nexgen Soldier,
New weapons systems are moving away from Cold War capabilities, and rightly so, given that the enemy has and will continue to change. For future warfighting, technical capabilities need to be developed today in order to tap the military market of the future. More importantly, it would appear that current satellite capabilities are a long way from the vision of the nexgen soldier, which could present opportunities for companies that are willing to invest in systems development for future use.
PRIORITY BRIEFING - Military Access To Space, 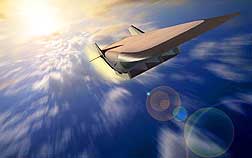 The United States Air Force (USAF) had always considered space as a logical extension of the air space in which it has its operations and it sought to achieve this in several ways.
PRIORITY BRIEFING - STPSat-1: Two Years of Successful Operations,
STPSat-1 was launched on March 8, 2007 as one of the payloads on the maiden flight of the EELV Secondary Payload Adapter (ESPA) ring. This Class “C”, single-string satellite is currently on orbit and exceeding the per-orbit data collection requirements of the two active experiments onboard: the Spatial Heterodyne Imager for Mesospheric Radicals (SHIMMER) and the Computerized Ionospheric Tomography Receiver in Space (CITRIS). The Air Force/Comtech AeroAstro (CAA) team completed the STPSat-1 Launch and Early Orbit checkout (LEO) activities within three weeks after launch, supporting an early start of the nominal operations phase and experiment data collection. On multiple occasions STPSat-1 has shown robustness in software and hardware implementation, allowing the satellite to continue its mission while dealing with issues that would have stymied a less robust design.
PROCUREMENT POTENTIAL
PROCUREMENT POTENTIAL - Wavestream: Solving Comm-On-The-Move Challenges ,

Whether land-mobile, maritime or airborne, military or commercial, the need to communicate on moving platforms at increasing data rates is becoming more and more critical. These “disadvantaged” platforms present difficult challenges to be solved. Platforms incorporating Wavestream amplifiers have dramatically improved the solutions being deployed.
PROCUREMENT POTENTIAL - IGT: Taking Mobility To New Heights,

To date, communications on-the-move (COTM) technology has provided reliable satellite communications for a variety of standard military and government vehicles in some of the world’s most demanding and hostile environments. While COTM represents a significant advancement for satellite communications, the size of the equipment has limited it to larger vehicle applications — until now.
PROCUREMENT POTENTIAL, Cisco Integrated FIPS Solution Over Satellite
The satellite’s unique ability to provide simultaneous, multicast data to thousands of sites over a huge geographic footprint, independent of terrestrial networks, provides a variety of flexible solutions for government agencies. Satellite is an ideal technology to support primary networks in mission-critical applications and offers transportable solutions for rapid deployment and disaster recovery as well as a continuity of operations (COOP) solution.
PROCUREMENT POTENTIAL - Keeping Unmanned Security Vehicles on Track,
Frontline Robotics’ GRUNT AUGVs (Autonomous Unmanned Ground Vehicles) are robots that perform perimeter patrols and other security tasks to enhance the efficiency within airports, container yards, and other critical security locations, as well as improving overall safety for soldiers or guards.