In the wake of escalating global interest in and sales of their game-changing SlingShot communications system, Spectra Group (UK) Ltd. was selected to take part in the 2019 series of U.S. Army Expeditionary Warrior Experiments (AEWE 2019). AEWE, fielded by the U.S. Army Maneuver Battle Lab (MBL) at Fort Benning, Georgia. The exercise focused on small unit modernization, providing capability developers, the Science and Technology (S&T) community, and industry with a repeatable, credible, rigorous, and validated operational experiment, supporting both concept and material development. 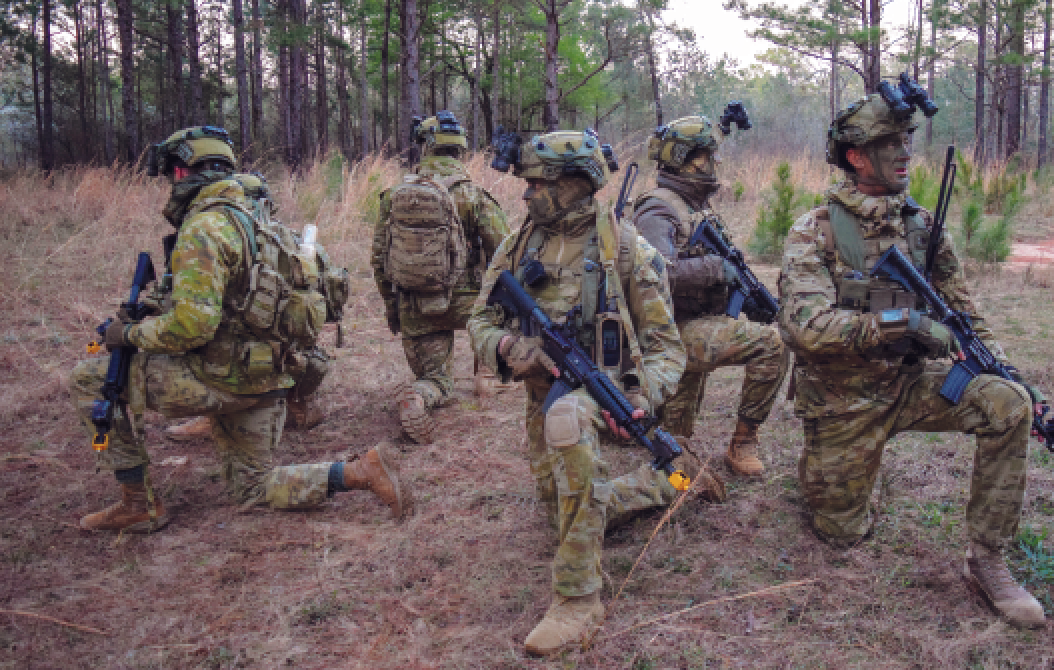 SlingShot was invited to take part in AEWE 2019 by the U.S. Army Training and Doctrine Command (TRADOC), selected alongside a number of emerging technologies identified for integration into the U.S. Army to gap future battlefield capability shortfalls. Extensive planning, testing and evaluation was conducted throughout 2018/9, including SlingShot achieving safety accreditation from the U.S. Army Test and Evaluation Command, and culminating in an Army War Gaming Force on Force (FoF) Exercise conducted in February and March 2019. 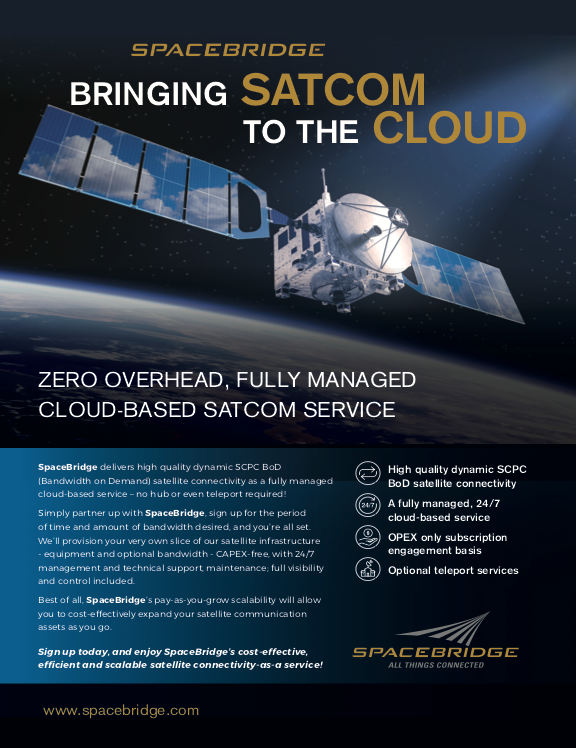 The evaluation was conducted throughout by the Mission Battle Lab (MBL) analysis team, who led, coordinated and managed all aspects of data collection during the Networked Assessment and FoF Phases of the Exercise. This team included members from multiple participating agencies including the Cyber Center of Excellence (CCoE), the Maneuver Center of Excellence (MCoE), and the British and Australian Armies.

The analysis team collected data through various methodologies including observations from SMEs and user surveys. MBL personnel conducted focused interviews throughout the exercise, administering surveys at the conclusion of the experiment, focusing on the effectiveness and suitability of the system.

Four Soldiers from an Australian reconnaissance section employed SlingShot during the squad, platoon and company Situational Training Exercise (STX) phases of the FoF exercise. Vital system interoperability between commercial and military radios, UHF to VHF and vice versa, was proven in a number of operationally challenging scenarios using all three variants being evaluated — manpack, vehicle and operations room.

Reliable, responsive BLOS COTM were maintained with all the SlingShot systems, including in vehicles traveling at 80 mph and throughout the extensive Fort Benning training area and to a distance of approximately 40 miles North of Fort Benning where LoS communications failed.

That distance could well have been many hundreds of miles more, had it been required. During AEWE 2019, SlingShot further proved its ability to remove the necessity for hill-top repeater sites to extend radio communications, thereby negating the associated manning and logistic requirement for the provision of power, force protection and resupply.

Ease of Use, Utility and Effectiveness
The AEWE 2019 findings stated “SlingShot performed as intended enabling the reconnaissance section to maintain communications with the battalion throughout the experiment. During the excursion, soldiers had no issues transmitting both data and voice transmissions, while stationary and on the move, from approximately 40 miles away. In addition, the system enabled interoperable communications between soldiers using various frequency bands and radio types. All four soldiers felt the SlingShot greatly increased their ability to communicate when terrestrial networks were not available. When asked to rate the effectiveness of the system for maintaining communications and position location information when terrestrial networks were not available, all four soldiers rated the system as effective or very effective.” 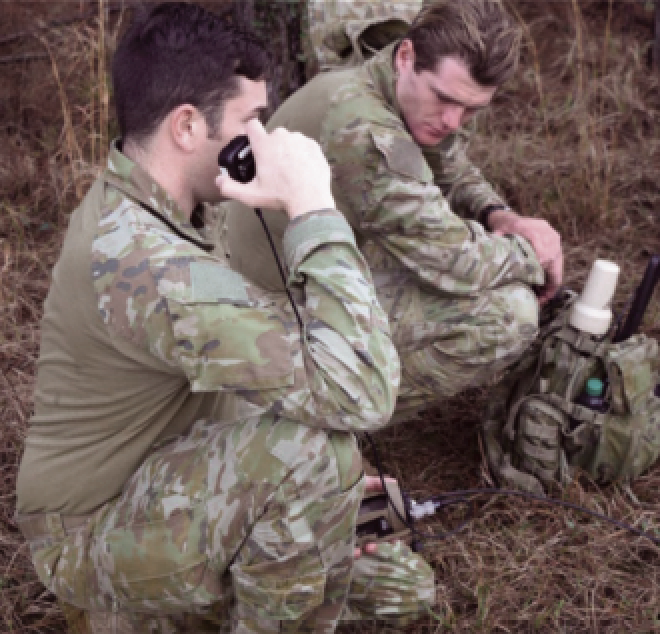 During AEWE, soldiers using Slingshot at the pause.

In terms of use, rather than capability, it was found that “SlingShot was easy to employ and soldiers reported no issues when connecting the system. When asked to rate the acceptability of the size and weight of the system, considering the capability it provides, all four soldiers rated the system as very acceptable for both. The soldiers reported no compatibility issues during the experiment.”

Summarizing, AEWE reported that “Slingshot performed as intended, enabling the reconnaissance section to maintain communications when terrestrial networks were not available. The system proved easy to use, allowing Soldiers to rapidly connect and communicate without interfering with operations.”

Although aircraft and maritime assets were not available for AEWE 2019, SlingShot was used successfully in all the operationally challenging situations in which it was involved, in the manpack and vehicle roles. SlingShot is also able to provide BLOS COTM and interoperability on fixed/rotary wing aircraft and maritime platforms.
https://www.spectra-group.us

Spectra Group (UK) Ltd is an internationally renowned specialist provider of secure voice, data and satellite communications systems, specifically optimized for use in remote and challenging environments. They are a world-leading solutions provider of high-grade information security and communication capabilities, with over 15 years of experience in delivering solutions for governments around the globe, elite militaries, Special Forces and private enterprises of all sizes. They were recently awarded the prestigious Queen’s Award for Enterprise in the Innovation Category for SlingShot.

Launched in 2013, more than 3,500 SlingShot systems are now in operation world-wide. The system is used by over 20 different organisations, in mostly NATO countries. Spectra continues to expand its SlingShot business into new markets. In October of 2018, following contract successes in North America, Spectra Group (UK) Ltd established new offices in Fairfax County, Virginia, with Spectra Group (US) Inc. Spectra Group’s permanent presence in the USA enables them to guarantee closer product support to their existing partners in North America, as well as dedicated product and service support directly to the end-user.

As a dynamic, agile, security accredited organisation, Spectra can leverage their international delivery experience to also provide Cyber Advisory and secure Hosted and Managed Solutions on time, to spec and on budget, ensuring compliance with industry standards and best practices.