First: The Bad—There is no such thing as good satellite interferences, unless your intention is to try and knock someone else’s traffic out of commission and you are good at completing such an act. That being said, there are two general categories of interferences: Intentional and Unintentional. The former is in the minority, the latter, the majority. “Bandwidth bandits,” such as unauthorized accesses and jamming signals, are two examples of intentional interferences. These individuals may, or may not, be difficult to detect, depending on the interference techniques being used, and more importantly, how good the catcher’s tools are in detecting such incursions. 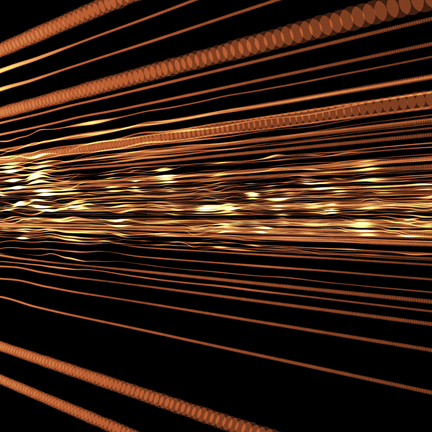 Next: The Ugly
Some of the ugliest interferences are those that happen sporadically; Interferences that hop or skip around and, in general, are simply elusive and a true challenge to resolve. This type of interference can also be both intentional and unintentional.

Then, there are satellites that are, figuratively speaking,‘loners’, such as those in the X- and Ka- frequency bands. When interference happens to these ‘loners,’ they are often out of luck in terms of trying to identify and eliminate the interferences. These loners need a ‘good neighbor’ or adjacent satellite in order to track down the interferer with a ‘Ghostbusters’ equivalent for satellite interferences, via a process called geolocation.

Finally: The Good
Various people and organizations have been attempting to solve the satellite interference problem and, so far, there are mixed results. There is a group that promotes forcing communications signals on each carrier to imbed a unique identifier, or “ID,” such that when interference occurs, you can trace its origin. This assumes, of course, that the transmitting equipment is where it is supposed to be and that it is functioning properly.

Neither of these conditions is, of course, guaranteed. In fact, it is utterly useless in preventing some of the ‘bad’ and ‘ugly’ interferences that are mentioned above. Nevertheless, this approach should be able to solve some interference location problems by extracting the ID and then cross-checking with a database of transmitting equipment and their locations. The challenge is, of course, that the database must be up to date, that the equipment has not been moving around such as would occur in a communication-on-the-move (COTM) scenario, and that the equipment is actually functioning correctly.

The other approach is technology. Here, the idea is to catch interferences without dependence on any externally imposed tip-offs, such as a carrier ID. The underlying technology is rather complex, and historically the needed equipment had been quite costly, if not cost-prohibitive, bulky, and often requires highly skilled operators. 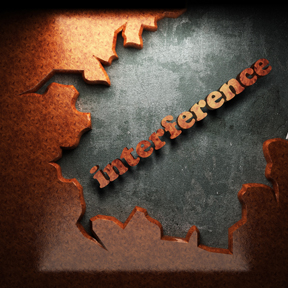 Fortunately, the good news is that, as with all things innovation-driven, technology has decidedly improved over the last several years. As a result, interference detection and geolocation equipment has now become more affordable, less bulky in size, and far easier to use. Such technologies have become much better at catching and locating interferences.

Advances in technology can now detect and locate challenging interferences that hop around, pop, sweep at high speeds, or pass through satellites with no “good neighbors”, especially in the X- and Ka-bands. Overall, the good news is that real technology and innovation still trump other more parochial, hyped-up approaches.

Perhaps more importantly, especially for the government and military markets, these capabilities can now be purchased completely off-the-shelf and are far easier to learn to use, operate, and maintain. The days of the having to absorb huge risks in developing product from scratch, often resulting in staggering cost overruns and schedule delays—are OVER. In the current, more austere defense spending environment, that indeed is the good news.

About the author
Jeffrey C. Chu co-founded Glowlink in 2000 to develop and market products aimed at resolving what at the time was pretty much a taboo subject of satellite communications: satellite interferences, a topic so embarrassing that no one providing the bandwidths or services in the satellite community really wanted to talk openly about it. Lately, of course, it has become such a hot topic that people are trampling over one another to promote, propagate and, naturally, benefit from. Which, of course, is pretty cool for Glowlink.