The goal of NG9-1-1 is to improve public emergency communication services by adapting to this century’s connected, multi-media-enabled, mobile society. In addition to connecting callers to 9-1-1, this program enables the public to transmit text, images, video and data to the 9-1-1 Public Safety Answering Point (PSAP).

Planning for NG9-1-1 started in 2000 by the National Emergency Number Association (NENA). The NG9-1-1 Project began in 2003 and continues towards the ultimate goal of establishing national standards and implementation plans to accomplish advanced 9-1-1 systems and services by replacing the legacy narrowband, circuit switched 9-1-1 networks which carry only voice and very limited data. These legacy networks of limited capability are to be replaced with resilient IP networks and advanced systems capable of routing multimedia communications based on the location of the caller and capabilities of the final emergency services destination.

A significant hurdle has been how to implement solutions across municipal, county and state boundaries. Until recently, the technology did not exist to allow for the greater data handling capabilities required—the ability to route text, still picture or video data across jurisdictional boundaries simply did not exist. It was determined that a highly standardized system would be critical for the seamless support of communications and data transfer across county, state and even international borders. As well as across the multitude of emergency response professionals and agencies, including traditional Public Safety Answering Points (PSAP), Poison Control Centers, trauma centers, Coast Guard and disaster management centers.

NENA Requirements
Whether the distinct NG9-1-1 systems share local PSAP boundaries, or the systems are located across the country from one another, the NENA standards define how the NG9-1-1 systems can inter-operate. In these standards, the NG9-1-1 systems that route calls, validate locations and provide telecommunication operators access and the necessary security are collectively called an ESInet (emergency services internet protocol network). By implementing NENA’s standards-based approach, it is possible for multiple ESInets of cooperating jurisdictions to share essential caller data, including location, for call routing and deployment of emergency services.

Elements Of ESInet
There are a number of defined functional “building blocks” within an NG9-1-1 ESInet, The most pertinent are described briefly below to provide a flavor of the functionality involved in deploying an advanced multi-media capable 9-1-1 system:

– Emergency Services Routing Proxy (ESRP)—The ESRP lives at the heart of the ESInet and receives VOIP 9-1-1 calls, checks where they are from, checks policies that can impact call treatment and then determines where the 9-1-1 call ultimately needs to be routed.

– Policy Routing Function (PRF)—The modern 9-1-1 system establishes many polices for what to do in the case of high call volume, overflow or system outage, as well as individual treatment of specific callers with physical disabilities or non-English language requirements, among many examples.

– Location Information Server (LIS)—Knowing where a caller is located is paramount to routing emergency services effectively. The LIS provides storage for location information of the caller drawn from many sources, including GPS systems.

– Caller Information Database (CIDB)—Traditional 9-1-1 systems store a “Class of Service” or “disability indicator” which contains limited enumerated information such as: “deaf” or “mute”. The NG9-1-1 CIDB has the potential to go far beyond the traditional capabilities and include specific details from a caller’s: critical allergies, identifying photo, guardian information or other caller-provisioned data, to be released in the case of an emergency. The CIDB represents the greatest single step forward in providing real-time potentially life-saving details to emergency personnel attempting to render assistance at the scene of an incident. 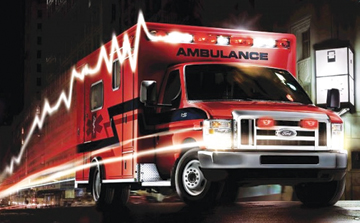 These components work in harmony to receive, assess and route the 9-1-1 calls. Unlike systems of the past, emergency responders of the future will be armed with life-saving, contextual information upon arrival to the location of an emergency caller. In fact, the use of the word “caller” becomes obsolete as NG9-1-1 systems enable the use of text or other non-voice communications media to be processed and delivered with equal ease to the PSAP.

Headway To Date
Few contracts and deployments for NG9-1-1 systems were made prior to 2009. However, from 2010 through to today, we have seen significant movement in the 9-1-1 market with NG9-1-1 deployments made in Iowa, Alabama and Maine on a state-wide basis and with additional multi-county awards in Texas and elsewhere. These jurisdictions have much work ahead of them as they need to deploy, not only the next generation multi-media and location-based call processing equipment, but they also have to deploy or provision an underlying IP (broadband) network as well as upgrade equipment at the PSAP call taker positions.

Further, legacy systems need to be decommissioned and traffic routed to the new IP-based systems will require staff to be trained and numerous details handled for the conversion to a significantly more sophisticated method of serving the public. With the exception of small trials, including Short Message Service (SMS), no large scale NG9-1-1 systems have been commissioned or are processing calls with full multi-media capabilities. The good news is that significant progress has been made in the underlying location and GIS technology that enables NG9-1-1 systems to function. Despite restrictive government budgets, the next few years will see the increased deployment and commissioning of such systems.

Leveraging satellite technology has been particularly successful. Satellite communications can be used in two general ways in relation to emergency services: (1) providing the public with better access to the public safety and (2) allowing emergency responders to communicate better amongst themselves. The use of satellite communications as a backup facility for connectivity to PSAPs accomplishes both, in particular for remote or rural PSAP agencies.

For example, a PSAP serving a remote Federal or State park will often have limited wireless connectivity to the public network—often a single fiber or legacy DS0 to T1 connection. From a cost perspective, it is not pragmatic to install a redundant facility. A simplex line to the PSAP is vulnerable to being severed by an errant backhoe, tree-fall or, in the case of California, a wildfire. Having ready satellite back-up capabilities, which have a narrowband standby capability and rapid turn-up of high bandwidth, can be very attractive to the rural emergency responder community. Standby low bandwidth communications inform the remainder of the NG9-1-1 system to switch calls away from the disabled PSAP and, often within an hour, wideband communication via satellite can restore the PSAP to a fully functional mode.

As can be seen, much is changing in the world of emergency services. An evolving case in point is the NG9-1-1 implementation progress made by, the state of Iowa Homeland Security Emergency Management Division (HSEMD). The Iowa HSEMD is in the process of deploying an emergency services network, which complies with NENA i3 standards. The solution will ultimately enable all 119 PSAPs in the state to accept incoming emergency requests from wireless, Public Switched Telephone Network (PSTN)-based and Internet Protocol (IP)-based end-users. The NENA i3-based solution enables the Iowa HSEMD to use the diverse and redundant IP networks owned and operated by the state. The initial rollout will enable legacy wireless calls to be delivered via the new Next Generation 9-1-1 solution; additional plans include support of emergency requests using text, images and video. This solution is expected to be the first NENA i3 compliant Next Generation 9-1-1 system in the United States to be deployed on a statewide basis.

Everyone agrees that Next Generation 9-1-1 will improve and enable Public Safety’s ability to deliver on their mission statement in a rapidly changing world. Examples such as the Iowa implementation are only the beginning of improved public safety solutions that will ensure resources are best leveraged and lives are saved around the world. The challenge now is in the deployment of NG9-1-1 across the country today.