Peter Kant is the CEO of Accion Systems. He brings two decades of experience at the nexus of business, government, technology and policy, including leadership positions in state and federal government, large companies, start-ups, and non-profits. He also currently serves on multiple corporate boards and advisory boards of venture funds.

Peter was previously the CEO of Synapse Technology, which developed computer vision artificial intelligence technologies for the security industry. He took Synapse from pre-revenue to $6 million in ARR, resulting in a successful exit acquisition in just over 12 months.

He previously served as Vice President, Federal Partnerships, at SRI International. SRI is a large, non-profit research and development institute headquartered in Silicon Valley and provides R&D in multiple science and technology disciplines including artificial intelligence, bioscience, computer science, education policy, robotics and space. In his role he led SRI’s overall strategy and relationships in support of all fits $400M+ federal government programs and activities. While at SRI, Peter led SRI’s Center for Innovation Strategy and Policy as Executive Director. The Washington, D.C.-based Center focuses on the impacts of science and technology on public policy and strategy.

Peter started his career in government service working in political positions at the state and federal levels. He worked for Congressman Joseph P. Kennedy II; served as Policy Director for the Texas House of Representatives; and served as an appointee in President Clinton’s administration at the U.S. Department of Agriculture and on Vice President Gore’s Domestic Policy staff.

What are the risks posed by space debris for the International Space Station (ISS), satellites an other spacecraft? 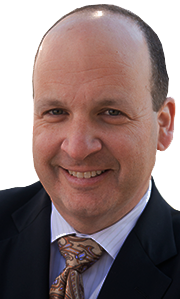 Peter Kant
The space economy is booming with thousands of new satellites being launched over the next few years. However, we need to be sure to sustainably manage that growth or risk costly and even catastrophic collisions in this cluttered space environment.

The U.S. Space Command is tracking almost 38,000 objects in Low Earth Orbit (LEO), a 22% increase in the last two years. And, of course, this number only accounts for the objects that can be tracked.

There are estimated to be millions of objects the size of a marble or larger that could still do significant damage if they collided with a satellite, a rocket, or God forbid, a human-crewed mission such as the International Space Station. These objects may seem small, but when they are moving at 17,000 miles per hour, the damage can be catastrophic.

The risk of collisions will only get worse as thousands of new satellites and mega-constellations go into orbit in the next five to ten years. To make matters worse, we now also need to worry about anti-satellite (ASAT) weapons and weapon tests.

On November 15, 2021, a Russian ASAT test destroyed a satellite and created at least 1,500 trackable pieces of debris. The explosion and resulting debris cloud forced the astronauts aboard the ISS to take shelter multiple times and to also cancel a planned spacewalk as the station’s orbit crossed paths with the debris. Already, satellite operators, such as SpaceX, have had to maneuver their satellites out of the path of debris created by the ASAT test.

As the U.S. Space Force (USSF) and other branches of the defense community continue to develop their in-space infrastructure and capabilities, they will need to take action to defend their assets from the risks posed by the growing space debris problem.

How is the U.S. Government responding to the threat posed by space debris?

Peter Kant
There are a number of concurrent efforts underway to address the threat. An interagency group within the National Science and Technology Council (NSTC) is updating an orbital debris R&D plan to be released this year after soliciting public input through December 31 of 2021.

At the same time, the USSF has launched a new project called Orbital Prime aimed at actively removing existing debris from space and potentially recycling it for in-orbit manufacturing and satellite servicing.

Congress is also taking action. In their report on The National Defense Authorization Act for Fiscal Year 2022, which passed in September of 2021, the House Committee on Armed Services directed the Secretary of Defense to provide a report to the committee on the Department’s efforts to reduce future space debris by June 1, 2022. This included the identification of specific defense research and development efforts to minimize future debris-creating events, including alternatives to traditional propellant propulsion systems. 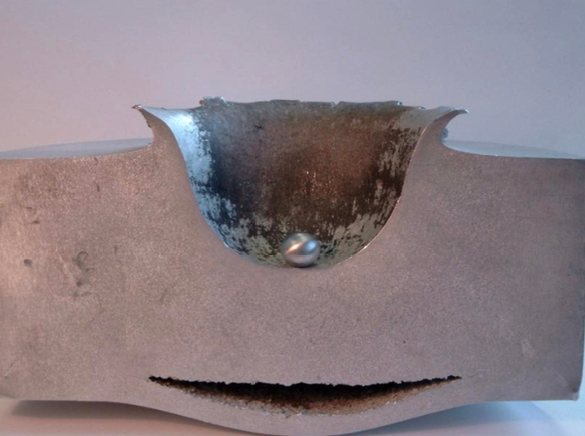 The image above shows the damage a tiny piece of debris
can cause while moving at orbital speedsAre there low-pressure alternatives for propulsion?

Peter Kant
Yes. There are propulsion systems available today that don’t use pressurized gases as their propellants.

Field-Emission Electric Propulsion (FEEP) is one technology that uses metals as its propellant. Typically, the metal is stored as a solid and must be heated up to melt it into a liquid before it can be used as a propellant. 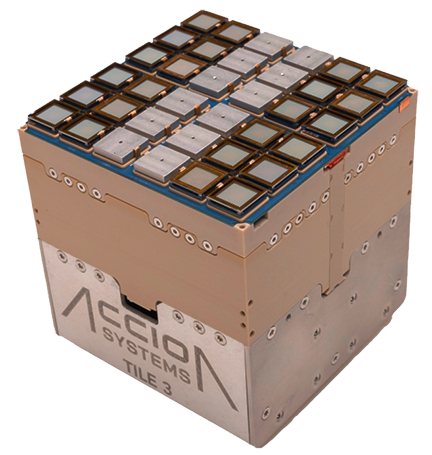 This is safer than a pressurized tank, and eliminates much of the bulky plumbing that comes with pressurized tanks, which makes for a small form factor ideal for smaller satellites.

However, the heat necessary to melt the metals increases the power draw of the propulsion system, which, depending on the satellite’s power budget, may require the satellite’s other powered systems, such as sensors and communication hardware, to turn off. It also calls for complex thermal management requirements that can complicate the design of the spacecraft.

In addition, melting the metal requires extended warm up and cool down periods, which can make it difficult to accurately position the satellite using the thrusters and can make it take longer to move out of the way of an imminent collision.

Finally, the metals that are emitted are also often reactive and can deposit on the sensors, solar panels and other critical equipment and render them less effective.

At Accion Systems, an ionic liquid propellant is used. The technology is called Tiled Ionic Liquid Electrospray, or TILE for short. The system works by using an electric field to extract and accelerate ionic liquid particles out of thousands of ion emitter tips, which are arrayed on chips the size of a postage stamp.

The movement of these ions out of the thruster chips generates thrust in the opposite direction.
accion-systems.com 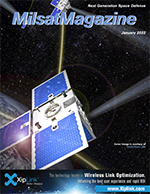