On the Libyan coastline in the dark of night, a bedraggled group of African refugees file down a rocky pathway to the water’s edge — they look with trepidation at their flimsy craft bobbing a few meters offshore. 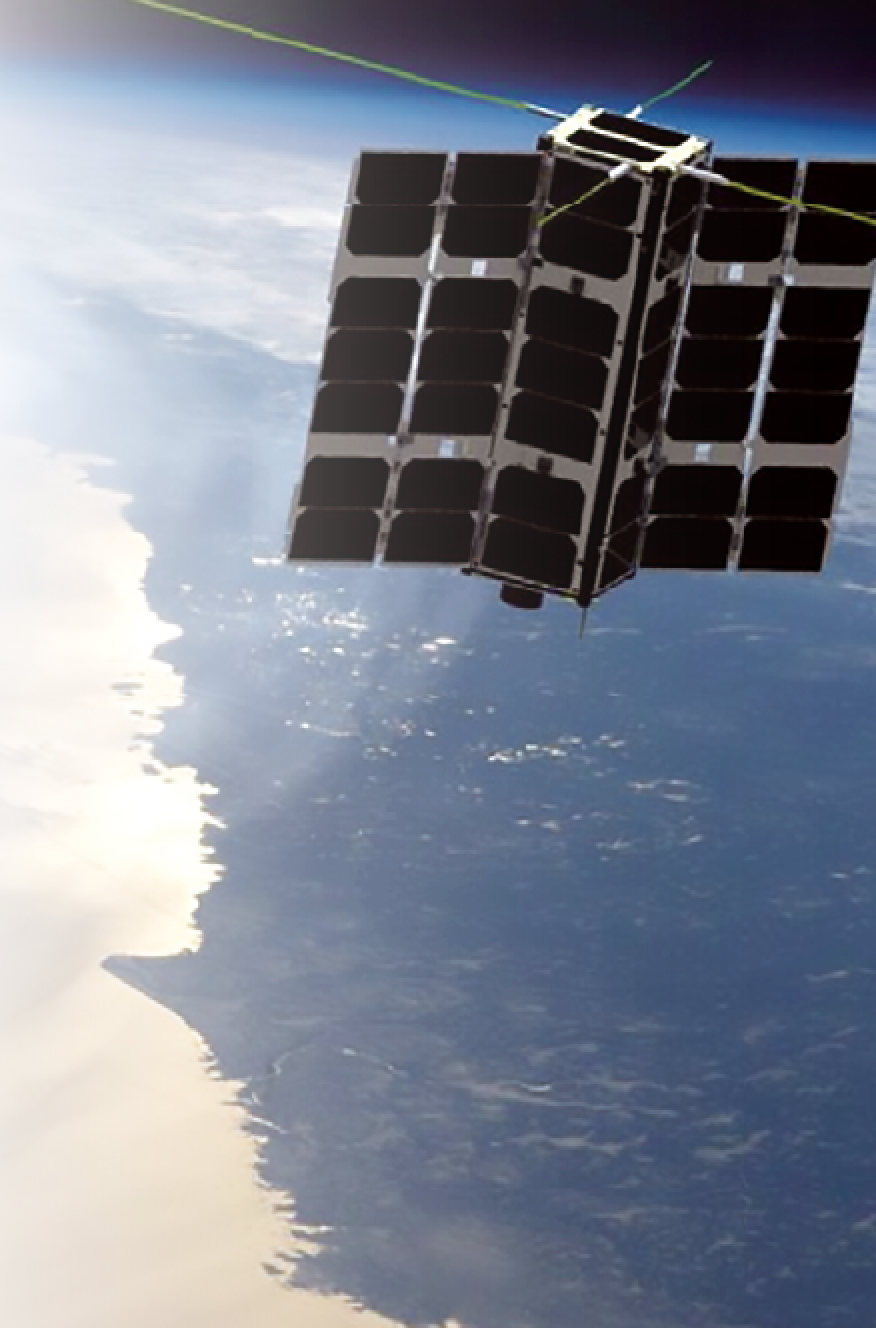 Artistic rendition of a Spire Lemur smallsat on orbit.
Image is courtesy of Spire Global.

The smugglers who organize these voyages hand the refugee “leader” (usually the one who can speak some English) a Thuraya SatPhone and tell him to call the pre-programmed number, which is the Italian Coast Guard Alert Center “as soon as they get out of sight of land.”

On a nightly basis, ISR aircraft on NATO or FRONTEX missions pick up these frantic, garbled, calls to the Italian Coast Guard and due, to their SIGINT system, are able to pinpoint the location of the handset and coordinate the nearest NATO naval unit to affect a rescue. Regularly, thousands of refugees are saved monthly. However, for those unlucky enough to embark on their journey when there are no air assets in the area, they run a high risk of drowning.

In the very near future, sensors on a constellation of Spire cubesats will allow FRONTEX/EMSA/NATO to have a 24/7 real-time picture of every ship in the Mediterranean, due to the smallsats’ AIS and RF transmissions. Any SatPhone call at sea will be immediately correlated with known ship locations, and any uncorrelated phone call/handset location will immediately trigger an alert.

Starting in 2019, refugees in the Med will no longer have to “hope” a NATO aircraft is in the air that night watching over them; they will be protected by Lemur smallsats launched by Spire Global, a world leader in Earth Observation (EO) via cubesat.

Today, Spire’s more than 50 Lemurs are already providing AIS, micro weather and ADS-B aircraft tracking data to governments around the world. By early 2019, the Lemurs will also have powerful ISR functionality: SatPhone geolocation as well as ESM capabilities (to include radar geolocation and fingerprinting) that will transform space-based AIS correlation. 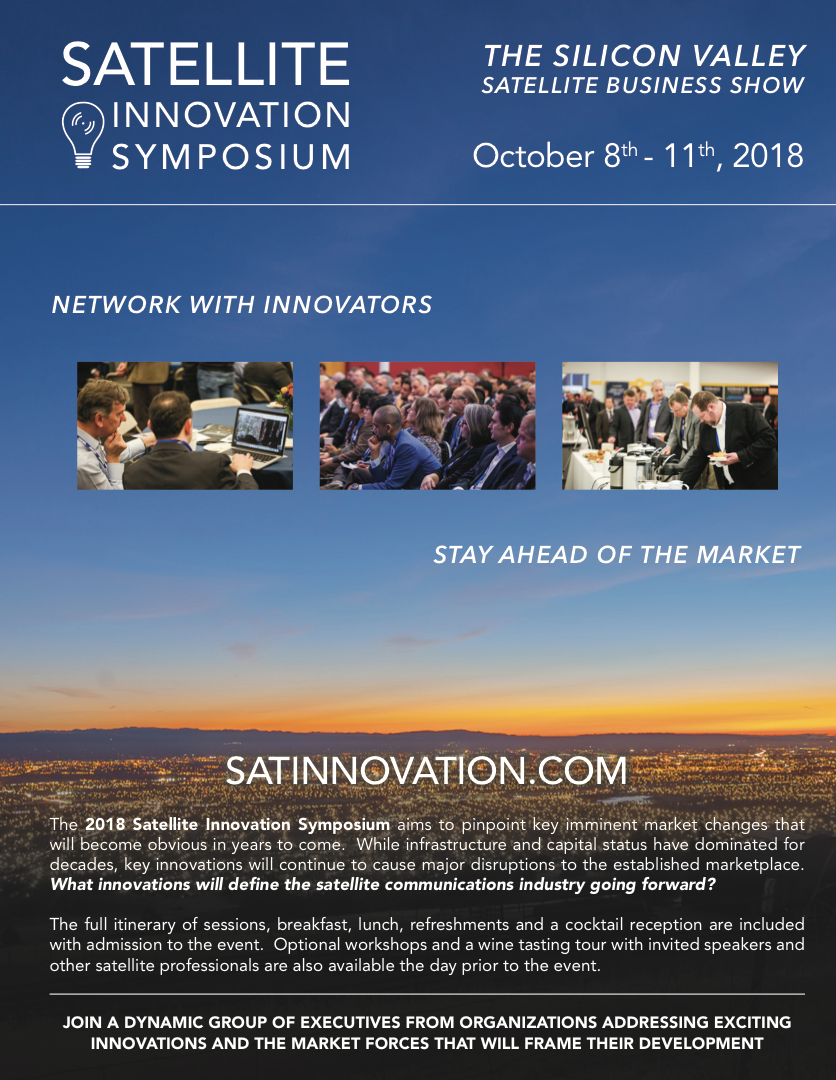 The term NewSpace is defined as “an entrepreneurial movement and philosophy encompassing the globally emerging, private, commercial, spaceflight and satellite industry.” NewSpace is attracting billions of dollars in venture capital investment. Last year, private investors poured $3.9 billion into commercial space companies, a record amount. Experts note that venture capital is flowing into the sector and finding success: More than 120 firms made investments in NewSpace last year, topping a peak of 89 that occurred in 2016.

While many NewSpace applications are entirely commercial, there are some players such as Spire who are dramatically changing the availability of “commercial” ISR data for governments. As the “NewSpace world” and associated technologies are moving much faster than the traditional aerospace business cycle, companies that include the likes of Airbus, Lockheed Martin, Leonardo, Boeing, and Raytheon, are all investing in NewSpace startups which have ISR-related products and services and potential value to the government/intelligence customer community.

Under the moniker “Earth Observation,” these NewSpace companies plan to offer smallsat services which have direct applications in the military ISR world — and these companies have ambitious goals in this market niche. Just as Google Earth suddenly made public a plethora of previously secret military facilities around the world, data from cubesats will have a similar effect. Unlike the larger SIGINT/ELINT intelligence satellites operated by the world’s major powers (which are essentially obsolete from the moment they leave the factory), smallsats “de-orbit” every two years and are continually replaced with the latest technology.

Small countries who can’t afford ISR aircraft, even when leased, will suddenly have access to a steady stream of ISR data. ISR Aircraft and UAVs won’t be replaced, but they can be cued and their usage exponentially optimized.

In addition to Spire mentioned above, no discussion of ISR and NewSpace would be complete without a reference to the company Planet. With that firm’s last launch of 88 cubesats, the company now has 144 smallsats orbiting the Earth. Planet previously said it would require 100 to 150 of these small spacecraft to be able to photograph the world’s entire surface daily and their constellation is now squarely within that target range.

These satellites aren’t used to take up-close images, such as of a license plate or a person’s face. Instead, they gather wider scale images and pass over the same location at the same time each day, continually comparing the results. Customers, including governments who purchase this data from Planet, use artificial intelligence (AI) to find relationships with data relevant to their particular interest. Planet’s imagery acts as a “time machine” to go back and look for activity, detected by other means, on a particular place which happened previously in time.

The Washington-based startup Hawkeye360 has attracted major investment from VC funds and U.S. defense primes to offer “a space-based civil global intelligence network that will use radio frequency (RF) technology to help monitor signals on land and sea and assist with emergencies.” Their “product” is essentially civil SIGINT collection.

They have yet to launch their first group of three (for RF triangulation), somewhat larger, LEO satellites. However, their complex concept, in spite of the high cost, is garnering interest from the U.S. Government and others due to the satellites ‘ clear ISR value.

The small Finnish startup IceEye has garnered $19 million in VC funding with the laudable goal of using small Synthetic Aperture Radar (SAR) to monitor the world’s ice mass. IceEye’s SAR imagery certainly has ISR radar imaging applications, and according to IceEye, the U.S. DoD has already agreed to purchase their imaging data via their DIUx program— and that’s before that company’s first launch.

In a similar vein, DARPA has realized that they can no longer rely on the big U.S. primes to lead the way in technology — the agency must harness the fast-growing technology of private industry. DARPA recently launched the Blackjack program which asks for “innovative proposals for low cost, mass reproducible space payloads and satellite buses.”

NewSpace will have a tremendous effect on the military/government ISR world, and much quicker than is generally appreciated. In the maritime arena, illegal fishing, transshipments and smuggling will, essentially, be shut down once enough satellite/sensors are deployed. Any ship with AIS turned off to avoid detection will have to go completely “dark.” They won’t be able to navigate or communicate (in any manner); that’s a very dangerous situation for any mariner, especially at night. The situation will be analogous to the early 1940’s when German U-boats found it impossible to meet up with U-boat tankers as their communications betrayed them.

On land, the effects will be no different. Today’s overriding European/NATO security threat is the Russian Army. For those countries that border Russia, real-time ISR data from space (RF emissions and communications) will be an invaluable commodity.

Today, smaller countries simply don’t have the means of getting time-critical Russian Electronic Order Of Battle (EOOB) data in their region. They are forced to depend on the U.S. and other NATO assets, such as Rivet Joint, Air Seeker, AGS, and so on. Soon, they will be able to have their own unique ISR data stream — they will be able to make their own, national security decisions based on real-time unfiltered intelligence data.

Artistic rendition of a HawkEye 360 LEO satellite and a defense ISR image. Images are courtesy of HawkEye 360

In sum, NewSpace is not just some commercial Venture Capital “buzzword.” NewSpace will have a major role to play in intelligence gathering, and ISR in particular. Countries will no longer have to operate manned and unmanned terrestrial ISR systems to obtain and gather the data that is of importance to them. They can simply purchase the data which is critical to their needs. Smallsat-based ISR will become a service which countries buy, thereby obviating the need for the expensive procurement of terrestrial aircraft vehicles, crews, and support.

As with the first use of aerial balloon observation at the battle of Fleurus in 1794, NewSpace ISR is innovative and transformational and will provide countries with an entirely new source of real-time intelligence information.

John Beckner is the founder and owner of Horizon Technologies (www.horizontechnologies.eu) which is a UK startup that, within five years, has become a leader in airborne SIGINT, and ISR.