A space revolution is being realized. Investments in the space economy are astounding and we will continue to see rapid growth in government and commercial sectors. In the U.S., not only was a new Combatant Command reactivated in early 2019 with the mission to protect the interests of the United States in space, but also the stand-up of a sixth service, the United States Space Force. In some quarters, the militarization of America’s operations in space was criticized as an unnecessary move. 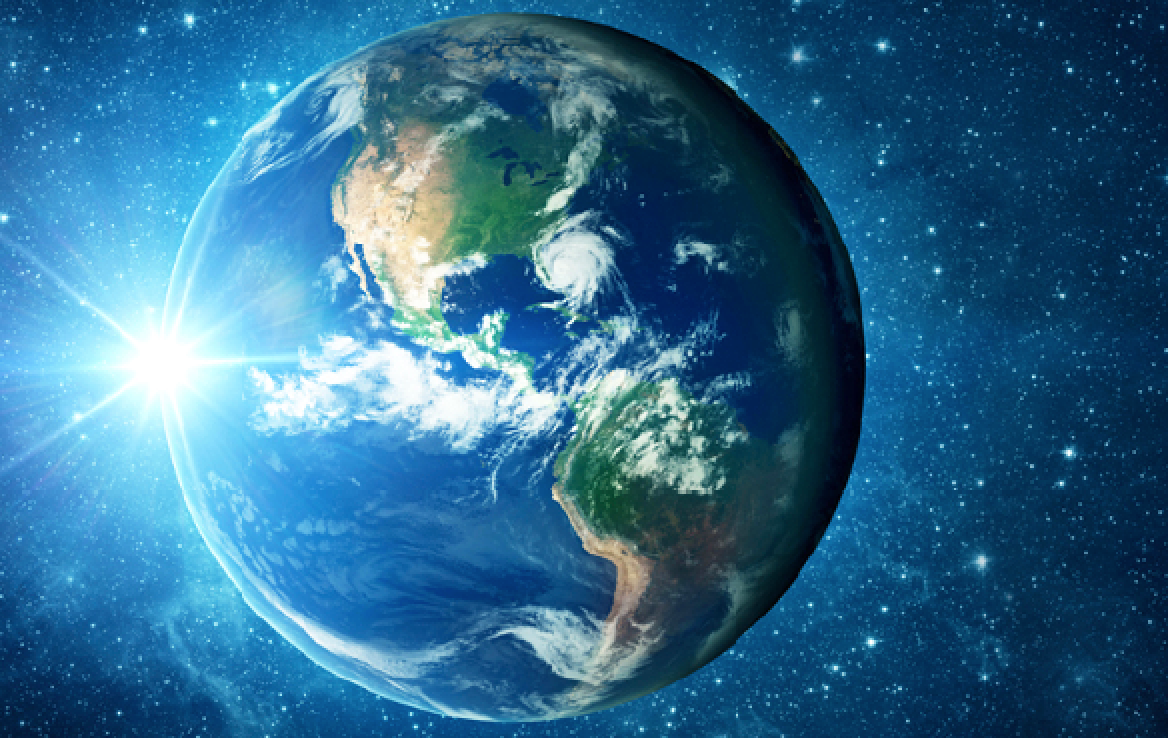 However, the reality is far more complicated than sending Guardians into orbit. As General John Raymond, the man leading the new DoD branch, correctly argued: th U.S. Space Force is “nationally critical... elevating space commensurate with its importance to our national security and the security of our allies and partners.”

That’s because our lives are increasingly dependent on assets in space, from GPS systems and financial transactions to the national security infrastructure we rely upon. Developing the ability to deter and respond to threats — both perceived and as yet unknown — is vital to U.S. interests. 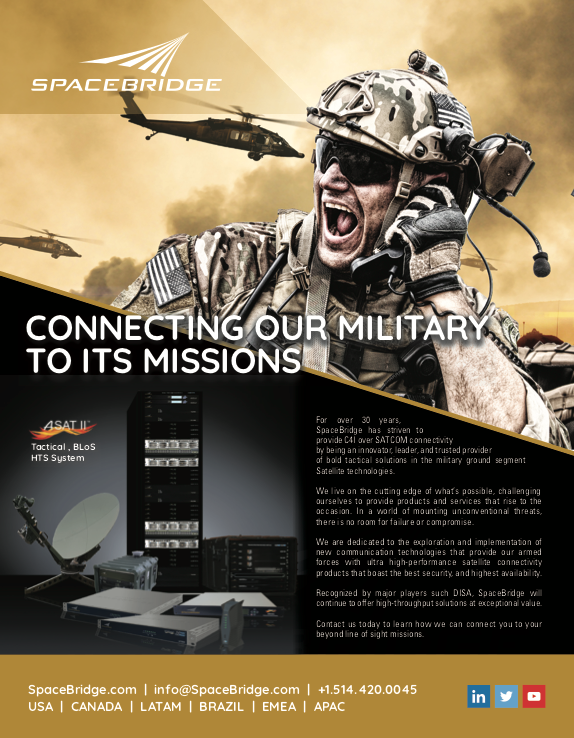 However, there is a marked difference between security and confrontation. The story of humans in space is largely one of international cooperation, shared exploration, and collective endeavor. If we are to harness evolving technologies and unlock the potential of space for the future, that same collaborative spirit is required.

In some quarters, the militarization of America’s operations in space was criticized as an unnecessary move. However, the reality is far more complicated than sending Guardians into orbit. As General John Raymond, the man leading the new DoD branch, correctly argued: the U.S. Space Force is “nationally critical... elevating space commensurate with its importance to our national security and the security of our allies and partners.”

That’s because our lives are increasingly dependent on assets in space, from GPS systems and financial transactions to the national security infrastructure we rely upon. Developing the ability to deter and respond to threats — both perceived and as yet unknown — is vital to US interests.

However, there is a marked difference between security and confrontation. The story of humans in space is largely one of international cooperation, shared exploration, and collective endeavor. If we are to harness evolving technologies and unlock the potential of space for the future, that same collaborative spirit is required.

The Value of Deterrence

In a recent interview with The Washington Post, General Raymond outlined the threats to US interests in space posed by familiar adversaries.

“Both China and Russia have developed weapons that can disrupt or destroy our satellites from on the ground or in space,” he said. “Although it’s a warfighting domain, our goal is not to get into a conflict that begins or extends into space. Our goal is to deter that from happening. The way you do that is from a position of strength.”

Strength, in this context, refers to capabilities that can tip the deterrence calculus in US favor; potential actions that would deny adversaries an advantage or opportunity, or impose significant costs, as General Raymond puts it. In theory, these capabilities would work alongside the military might of the US armed forces to prevent conflict from starting or spreading into orbit.

Collaboration in the Face of Shared Threats There’s no doubt malevolent space threats are a national security concern. But many of the greatest space-related threats facing the United States are universally shared.

Space debris is one example. Left unchecked, cascading collisions in orbit could render the space around Earth unusable, limiting access for commercial, scientific, and exploratory operations With modern life so dependent upon infrastructure high above, irresponsible actions in orbit could have severe consequences. The anti-satellite tests carried out in recent times by China, Russia, and India are prime examples that risk restricting access to space.

All of the weather we experience here on Earth begins with the sun. On rare occasions, solar activity disrupts the systems that we rely upon. Different types of space weather, from solar flares to Coronal Mass Ejections (CMEs), can cause geomagnetic storms that damage satellites and electrical infrastructure. In 1989, a solar storm caused a blackout in Quebec, Canada. In 1859, a freakishly large “solar superstorm” caused the northern lights to be seen along the equator and destroyed early electronics infrastructure.

Another superstorm is overdue, and the damage it would cause is now far more severe given the modern world’s reliance on electricity.

Beyond debris and solar storms, other potential threats exist that most of us assume belong in the world of science-fiction: extraterrestrial life and asteroids.

In 2017, the NY Times uncovered a $22M secret program called the Advanced Aerospace Threat Identification Program designed to investigate UFO sightings. Then, in May this year, 60 Minutes did a segment on unidentified aerial phenomena interviewing and this topic will hit the Senate floor in June.

We could come into contact with interstellar objects from outside our solar system. And we shouldn’t forget that in our galaxy there are thought to be millions of stars that have planets of the right chemistry and size to support organic evolution.

Quantifying the threat of hypothetical extraterrestrial life is almost impossible. It could be decades, centuries, or millennia before we discover the degree to which we are alone in the universe. But it could also be tomorrow.

Aside from UFOs, the chance of a strike causing an extinction-level event is remote, but ongoing vigilance is vital. NASA’s Near-Earth Object (NEO) Observations Program currently watches the skies in order to track objects that pose a risk to Earth. As recently as 2019, an asteroid named 2019 OK came within 40,000 miles of our planet.

That sounds like a huge distance. But in fact, it was the largest asteroid ever known to come so close and, due to its highly elliptical orbit, wasn’t actually noticed until the day it passed by. Had 2019 OK collided with Earth, NASA suggests “the blast could have devastated an area roughly 50 miles across”.

All of these uncertainties are indicative of the bigger picture. We are one world among countless worlds, and our success as a spacefaring species will depend on our ability to cooperate, whether that’s keeping Earth’s orbit clear of debris or collectively scanning the skies for solar storms and incoming asteroids.

Currently, that cooperation has been a foundation for scientific progress. The UN General Assembly established a Committee on the Peaceful Uses of Outer Space (COPUOS) in 1959 to govern the exploration and use of space for the benefit of all humanity: for peace, security and development. Even astronomers all over the world watch the skies and share information.

For a quarter of a century, NASA and the European Space Agency (ESA) worked together on the Solar and Heliospheric Observatory (SOHO), studying the Sun to better understand solar activity and weather in space.

The same two agencies are also working together on an ambitious planetary defense experiment, in which NASA plans to alter the trajectory of an asteroid and the ESA will send a separate probe to study the aftermath.

And perhaps the best example of all is the International Space Station, the most expensive and iconic cross-nation infrastructure project of all time.

On May 9, 2021, the remains of a Chinese rocket crashed into the Indian Ocean after launching a module of a new space station into orbit. The rocket was one of the largest objects in recent decades to dive uncontrolled into Earth’s atmosphere and the event led to international outcry.

“Spacefaring nations must minimize the risks to people and property on Earth,” US Defense Secretary Lloyd Austin said in a statement. “It is clear that China is failing to meet responsible standards regarding their space debris.”

This latest example, alongside recent anti-satellite tests, highlights the need for standards to be developed and enforced around all space operations. The outlaws placing weapons of mass destruction or military bases in space, but other than that, it’s what General John Raymond recently described as the “Wild, Wild West.” New, internationally-agreed norms of operation in space are required to avoid reckless actions and encourage sustainable space use.

In practical terms, that means fixed engineering standards to ensure satellites break up in a way that’s safe when they are no longer in use – standards that ensure the launch of new objects into space doesn’t litter LEO with debris – and increased data sharing to help space operators avoid collisions between objects in orbit. Each of those elements requires closer cooperation between satellite owner operators, nations and space agencies, whose interests are closely aligned in the long term.

It could also be argued that the rhetoric around the use of space needs to change. Talk of inevitable conflict only serves to escalate the tension between adversaries. And although the threats in and to space are real, it’s far outweighed by the universal risks that necessitate global collaboration.

Ultimately, space is a domain in which cooperation has long been central to our collective success. The simple truth is that all of our space-related ambitions — from planetary defense and space tourism to making humans a multi-planetary species — require combined expertise and mutual collaboration.
slingshotaerospace.com

Charlie McGillis is Vice President for Business Development at Slingshot Aerospace Inc., a company building world-class space simulation and analytics solutions. The company is driven by its vision of accelerating space sustainability to create a safer, more connected world. McGillis is responsible for leading a team that develops strategy, expands our business and product development activities, and gathers, prioritizes, and integrates product and service requirements for our customers.

McGillis has more than 30 years of defense and executive leadership experience. She served over 26 years in the United States Air Force as an Intelligence Officer, retiring in June 2014, at the rank of Colonel. Following retirement, she served as a Commercial Integration Cell Consultant, representing seven Commercial Satellite Operators to facilitate better coordination and information sharing with the United States Government.

Her broad defense career spanned a wide variety of leadership and staff positions. In her last assignment, she served as the Director of Intelligence at Fourteenth Air Force (Space) where she led all intelligence for Air Force space forces to support operations. In other assignments, she served as Deputy Chief of Staff at USSTRATCOM, Deputy Political Advisor at USSOCOM, and Deputy Director of the Commander’s Action Group at NORAD-USNORTHCOM. She commanded at the squadron level at Air Command and Staff College where she led a multiservice and multinational unit. 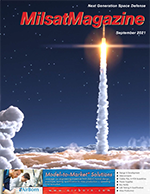