Space, long thought to be America’s final frontier, has transformed over the past several decades into a complex domain the Air Force must operate in safely. 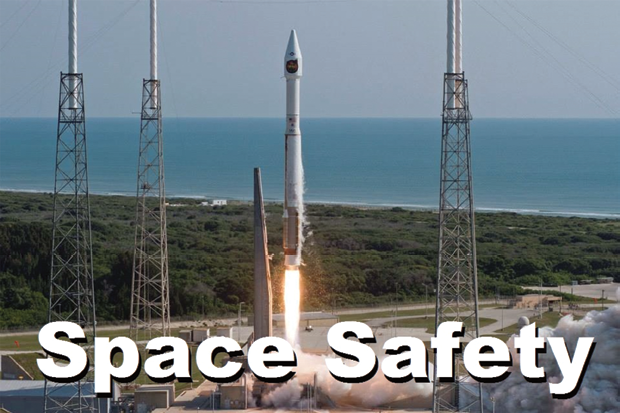 History has proven the dangers of space and launch operations with examples of failed missile launches, exploding rockets on the launch pad, two Space Shuttle mishaps, and even a ‘mid-air’ collision in space. Today, these tragedies and accidents emphasize the need to develop and mature a safety culture for Airmen operating in the space domain.
According to the Air Force’s top safety chief, space safety continues to grow as a vital industry among space professionals worldwide. A newly-defined mission set within Air Force safety circles, the Space Safety Division (SES) at the Air Force Safety Center, recently obtained full authority to develop space safety policy, guidance and initiatives to help prevent Air Force space mishaps.

“Even amidst budgetary uncertainty and sequestration, space safety is a vital strategic program requiring continued growth and development to increase SSA and mitigate risks of space mishaps,” Glissman added. “There is a need to communicate and advocate for the development, funding and growth of space safety initiatives, priorities and policy.”

The Space Safety Division didn’t form overnight. In 2001, the U.S. Congress’s National Commission on Space concluded the security and well-being of the U.S., its allies and friends depend on the nation’s ability to operate in space. To ensure continued U.S. space leadership and ability to meet future threats, the Commission made several recommendations for the administration, Department of Defense and Air Force to reflect the growing importance of space.

In response, the Air Force released a directive with a requirement for the Air Force chief of safety to review, coordinate, and approve all new space safety-related policy documents to ensure adherence to international treaties and Department of Defense and Air Force space safety policy.

“Combined with the Commission’s recommendations, this directive not only outlined the mind-set that safety should be normalized into U.S. Air Force space operations to the same degree and commitment as Air Force flying, ground, and weapons safety, but also planted the seed for a Space Safety Division equal to the other established Air Force Safety Center divisions,” Glissman said.

Today, where there once was little, if any, policy language regarding space safety, it’s evident space safety is fully incorporated into Headquarters Air Force directives with flight, munitions, nuclear, and ground, Glissman added.

“Our HAF Mission Directive 1-46 makes our SES mission clear: ‘Formation of space safety policy, the execution of plans, and the establishment of programs to implement Air Force safety policies and plans.’ In layman’s terms, we provide instructions for field-level programs and feedback on mishap prevention effectiveness of efforts,” Glissman explained.

As SES becomes more integrated with the Air Force safety enterprise and the international space community, new programs to provide improved SSA to Air Force operations are on the horizon.

Similar to the Air Force’s Bird/Wildlife Aircraft Strike Hazard, or BASH, program that strives to mitigate the impact of wildlife on air operations, or similar to current proactive safety programs, which take aerial hazard reports from aviators to develop a better situational site picture of the airspace, SES plans to work toward space-related mitigation and/or situational site programs for space operators in the future.

“We have most of the required data, but we are still maturing the safety culture in our Air Force space community,” Greenhouse said. “We must continue to focus on incorporating the safety mindset into Air Force space personnel as much as it is present in our flight, ground and weapons communities.”

Is space truly the final frontier for the safety industry? Some point toward the cyberspace domain as the next arena to explore safety applications and development. For now, SES will focus on space safety development for the next generation of Airmen.