Squeezed development and testing times for satellites call for intelligent solutions. Like other structural testing applications, satellites are subjected to exacting test procedures. But unlike other structural testing applications, satellites are so fragile that testing is typically carried out on a ‘test model’ that is identical to the real-life ‘flight model’, but will in fact never be used once the testing is completed. Unsurprisingly, modelling on a scale like this is costly, so simulation is used wherever possible. 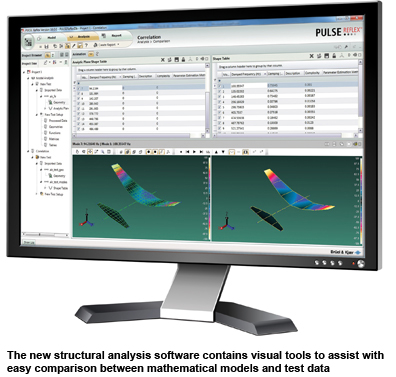 Simulated models allow an increasing amount of testing to be performed in the virtual realm, leaving final qualification tests for the expensive real-world. This virtual modelling or Finite Element Analysis (FEA) uses computer-based mathematical models to predict how a design will behave. FEA is a key tool for use with lighter structures, to ensure that the calculated eigenvalues (resonant frequencies) do not coincide with the excitation frequencies encountered by the actual structure.

Once the virtual Finite Element Model (FEM) has been approved, prototypes are developed in accordance with them, to carry out experimental modal tests. The results from these modal tests (resonant frequencies and mode shapes) should then agree with the results achieved from the FEM analysis, thus validating the theoretical model. These FEMs are then updated and improved by feeding data from actual tests back into them.

However, calculations and model updating have historically been long and slow processes that require a lot of time and effort. Responding to this, Brüel & Kjær has extended their structural testing solutions with advanced Test-to-FEA correlation in the latest version of their PULSE analysis software.

Brüel and Kjær’s PULSE Reflex Modal Analysis software was developed by building on their extensive experience in the field of modal testing, and is now enhanced with a Correlation Module to compare the experimental and theoretical results achieved from FEM packages. Accurate correlation is quickly obtained by following an intuitive yet flexible workflow process that guides the user efficiently through geometry alignment, DOF mapping, comparison, vector comparison, mode pairing and reporting.

Thanks to an open data policy, data can be imported from various leading FEA programs such as Nastran, Ansys, or as UFF files.

To find out more about Brüel & Kjær’s modal, vibration and acoustic systems for testing and development, visit www.bksv.com. You can also catch their engineers at the Spacecraft Technology Expo, Los Angeles, May 8-10, 2012. Information regarding this event may be found at www.spacetechexpo.com. By visiting Brüel & Kjær’s booth and see its satellite mechanical qualification test system, plus its comprehensive range of vibration and acoustic sensors, shakers, data acquisition and analysis solutions. 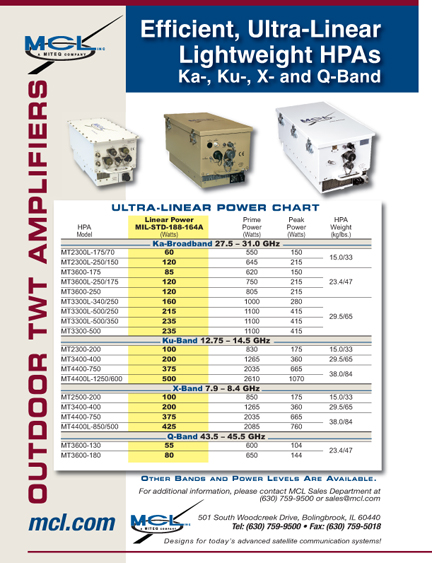