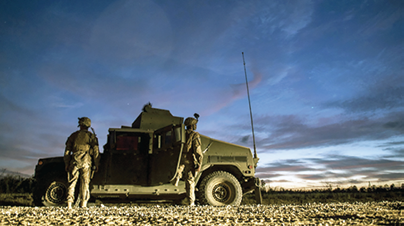 C5ISR includes command, control, communications, computers, cyber, intelligence, surveillance and reconnaissance systems that are integrated and networked to improve the situational awareness of their military operators and decision makers.

Work on this program will be performed in St. Inigoes, Maryland; Little Creek, Virginia, and Fayetteville, North Carolina.

Work under this recent contract award will be performed in secure Kratos manufacturing facilities. Due to competitive, customer related and other considerations, no additional information will be provided.

Tom Mills, President of Kratos’ C5ISR Modular Systems Division, said that ballistic missile and aerial defense systems and platforms are a core business area of Kratos and the company’s entire organization is honored to have been selected to support this key national security related program.
www.kratosdefense.com/ 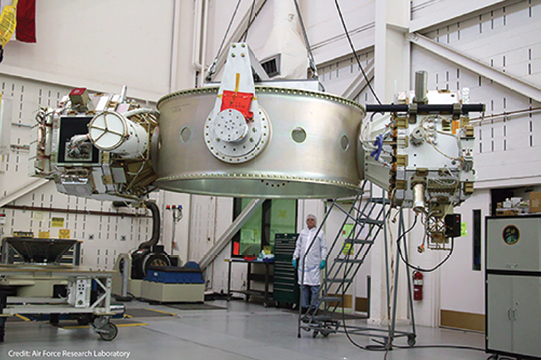 DSX experiments include the following: 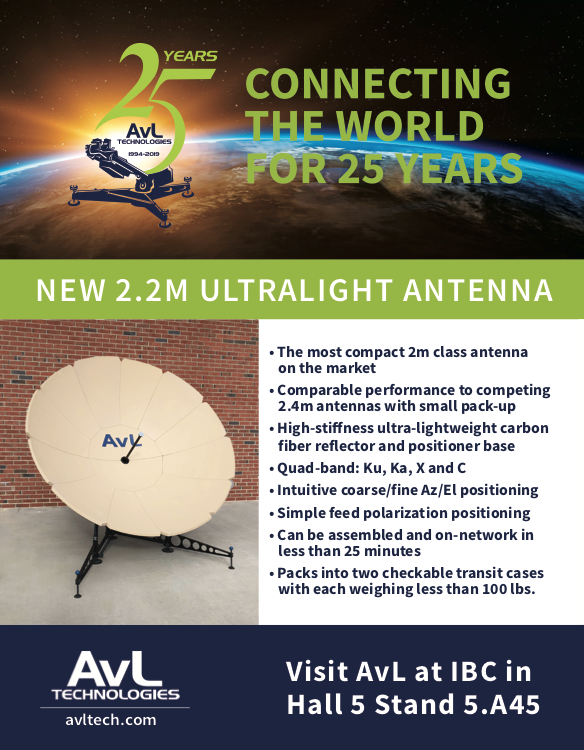 DSX launched June 25th on the Space Test Program-2 (STP-2) mission aboard the SpaceX Falcon Heavy launch vehicle and is expected to be on-orbit for one year.

DSX is the latest innovative satellite program from SNC, the global aerospace and national security contractor owned by Chairwoman and President Eren Ozmen and CEO Fatih Ozmen, with the CEO stating that this integrated system represents the continued growth in SNC spacecraft from proven LEO constellations to developing GEO spacecraft and now increasing capability in MEO.

According to the company, SNC is expanding its satellite portfolio and the firm stated that the DSX spacecraft platform is a perfect example of how the company can offer great technology and platforms that are cost-effective, efficient and help customers achieve their strategic goals.

Nelson added that, given the need for Command, Control, Communications, Intelligence, Surveillance and Reconnaissance systems and enhanced resiliency, a platform like this can enable new capability for national defense customers in highly-elliptical orbit, MEO and GEO.
www.sncorp.com/
www.wpafb.af.mil/AFRL/

The successful launch on June 24, 2019, EST of six satellites for the FORMOSAT-7 joint US-Taiwanese weather forecasting constellation marks the start of another SSTL-enabled space mission. 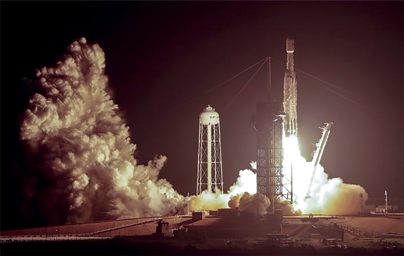 The launch of six FORMOSAT-7 satellites by SpaceX.

The launch on the SpaceX Falcon Heavy rocket from the Kennedy Space Center was attended by SSTL staff including Managing Director, Sarah Parker, who said the company is proud of their role as space mission enablers and, hot on the heels of TeleSat LEO Phase 1 satellites’ first ever demo of 5G connectivity, SSTL is delighted that the firm’s smallsats expertise has — once again — helped the firm’s customers achieve their ambitions.

The company congratulates their customers, NSPO in Taiwan, and NOAA in the United States, on the successful launch of their constellation and look forward to following their mission journey as they move through commissioning and into the beginning of operations.

FORMOSAT-7, also known as COSMIC-2 in the U.S., is a joint constellation meteorological satellite mission between Taiwan and the United States for observing and monitoring the global meteorology, climate, and ionosphere. In addition to two science payloads for detecting ionospheric data, each of the six satellites in the constellation is carrying an advanced GNSS receiver to low-inclination-angle orbits and will collect atmospheric data at low and mid latitudes to provide sounding data to improve regional and global weather forecasting. The processed data will be provided by two data processing centers located in Taiwan and USA

As a continuation of this program, NSPO is now developing their own FORMOSAT-7 platform, named TRITON, using some of SSTL’s hardware under license in their own satellite structure and avionics. The satellite is scheduled for launch in 2021. 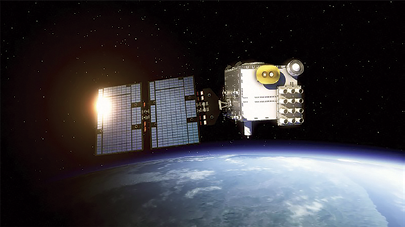 Artistic rendition of the Fomosat-7 smallsat. Image is courtesy of SSTL.

The payloads for the satellites were provided by NASA (JPL), the U.S. Air Force and the University of Texas and were integrated to the completed platforms by the NSPO team, with support from SSTL. SSTL engineers also provided launch site support and are providing technical on-orbit operational support to NSPO’s team who will be performing on-orbit commissioning of the spacecraft from the company’s control center in Taiwan.

The launch of the FORMOSAT-7 satellites was managed by the U.S. Air Force STP-2 program.
www.sstl.co.uk/
www.spacex.com/STP-2

OTB was then successfully deployed into orbit after launch and communication was established between the spacecraft and ground operations to begin satellite commissioning and operations.

OTB’s modularity and versatility allows for the simultaneous launch of multiple demonstration payloads on a single satellite. This eliminates the need for customers to bear the costly burden of a dedicated platform and launch.

Scott Forney, President of GA-EMS, said this first OTB launch marks an exciting beginning for the company and the firm’s multiple payload customers. GA-EMS is extremely proud of the team, whose tremendous efforts over the past few years have culminated in this successful launch. GA-EMS has successfully initiated the post-launch commissioning activities and the start of payload mission operations.

The long wait finally came to an end for faculty and researchers in the Naval Postgraduate School’s (NPS) Space Systems Academic Group (SSAG). 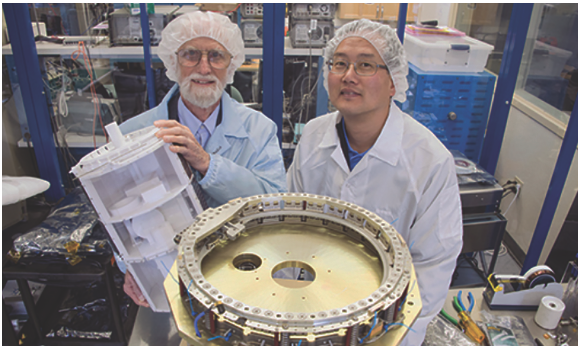 Following several external delays to a launch that was originally scheduled for September of 2016, the university’s own NPSAT-1 was launched and deployed into a 720 km. orbit by SpaceX’s Falcon Heavy at 2:30 a.m. on Tuesday, June 25, from Kennedy Space Center Launch Complex 39A at Cape Canaveral, Florida.

The satellite is the product of years of student and faculty research and will carry several experiments from both NPS and the Naval Research Laboratory into orbit when it launches later this year.

The mission was slated to be the “most difficult” undertaking by the Falcon Heavy to date, according to SpaceX CEO Elon Musk during an interview prior to Tuesday’s spectacular night-time launch. The mission called for the release of 24 satellites during three individual deployment stages... each stage separated by a burn of the Heavy’s thruster.

Overall, the mission proved to be largely successful, especially for the NPS team who watched NPSAT-1 successfully release from the SpaceX craft and enter into its orbit within seconds of its planned deployment. Like much of the research at NPS, the satellite is ultimately about student experimentation and study. Over the course of the craft’s development, NPSAT-1 supported well over 40 student theses, noted SSAG engineer Dan Sakoda, with countless more students contributing via directed study.

On board NPSAT-1 are experiments developed by the Naval Research Laboratory (NRL) to investigate space weather and support space situational awareness (SSA), including ionospheric electron density structures that cause radio scintillations impacting communications and navigation.
my.nps.edu/