The U.S. Space Force has declared Initial Operational Capability of the Electro-optical Infrared Weather System Geostationary (EWS-G1) spacecraft. EWS-G1, formerly known as GOES-13, was transferred to the U.S. Air Force by the National Oceanic and Atmospheric Administration (NOAA) in 2019 under an agreement between the U.S. Air Force and NOAA for Interagency Cooperation on Collection of Space-Based Environmental Monitoring Data. 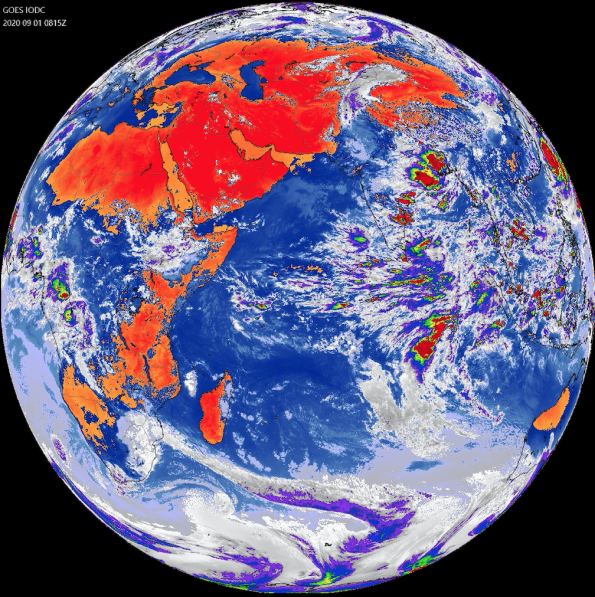 A view of the Earth from the EWS-G1 satellite taken on
September 1, 2020. Originally launched in 2006 as GOES-13,
the satellite provided operational weather coverage over the
United States’ East Coast for 10 years before being replaced
in the GOES-East position by GOES-16. The transfer to the
Department of Defense and relocation of EWS-G1 is the
culmination of joint efforts between SMC, NOAA and NASA.
Photo courtesy of U.S. Space Force’s MARK IV-B
Program Office. 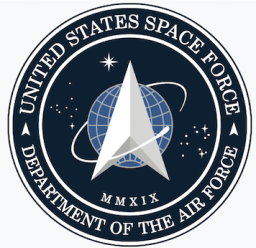 Originally launched in 2006, GOES-13 provided operational weather coverage over the United States East Coast for 10 years before being replaced in the GOES-East position by GOES-16. EWS-G1 is the first Department of Defense owned geostationary weather satellite.

The transfer and relocation of EWS-G1 is the culmination of joint efforts between the USSF’s Space and Missile Systems Center, NOAA and National Aeronautics and Space Administration.

“EWS-G1 is a prime example of innovation and the leveraging of partnerships. SMC partnered with NOAA and NASA to deliver critically needed Geostationary visible and infrared cloud characterization and theater weather imagery in the Indian Ocean region. This effort demonstrates speed by allowing the spacecraft to be moved and operated in the Indian Ocean region far earlier than a new satellite could be produced and fielded,” said Charlotte Gerhart, SMC’s Production Corps Low Earth Orbit Division Chief. “The repurposing of GOES-13, and residual NOAA ground equipment, accomplished the mission at a fraction of the procurement cost of a brand new system.”

After the relocation maneuver, NOAA and the U.S. Space Force completed a thorough checkout of the EWS-G1 spacecraft and sensors. All criteria were met to declare the system operational and EWS-G1 is now providing weather data to DoD forecasters.

NOAA will continue to operate EWS-G1 on behalf of the U.S. Space Force for its remaining life span, from the NOAA Satellite Operations Facility in Suitland, Maryland and Wallops Command and Data Acquisition Station in Virginia. 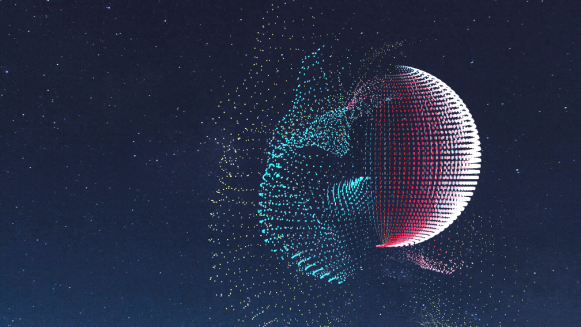 The “Synspective Land Displacement Monitoring” service originates from InSAR*2 analysis that is capable of detecting timely, vertical land displacement, in millimeters, over a wide area. This Service enables periodic observation and understanding of land subsidence and deformation.

It takes a lot of time and labor to understand the risk of land subsidence and landslides over a wide area. By leveraging Synspective’s new service, cost and time is reduced, when compared to the traditional observation and control techniques associated with these ground change risks.

This new service’s expected use is multifaceted and can be applied in many land risk management projects such as construction projects, airport maintenance projects, and subway development projects, among others. In addition, remote are/site surveying can be extremely relevant in disaster struck areas where human access is restricted or dangerous, or where social movement is restricted due to the recent COVID-19 virus impact.

Synspective offers this solution on a subscription basis through a SaaS(solution as a service) format and subscribers can access the platform without installing the software and are able to check the analysis results on the web. User-friendly UI/UX enables users to intuitively understand the analysis results without any prior knowledge of satellite data. 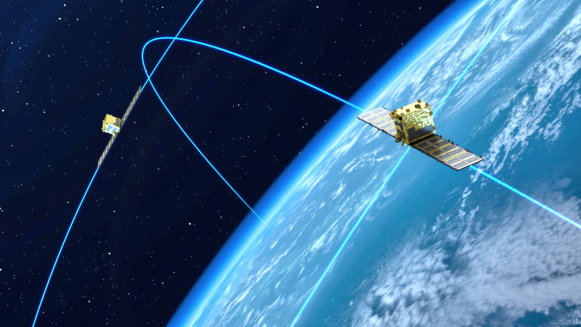 Capability and functionality of this service were tested through preliminary utilization projects with several companies and organizations, including through participation in a PoC project by Singapore Land Authority, a statutory board under the Ministry of Law of Singapore. Through the insights and lessons learned from this PoC project, further utilization models were developed. This project also provided Synspective with feedback for improvements to the service, which has been incorporated in the current release.

Solution services with Synspective’s own SAR data Synspective plans to launch its own small SAR satellite “StriX-α” in 2020. In the near future, the company can provide solutions with higher frequency and stable monitoring by use of data obtained from the firm’s own SAR satellite constellation.

Synspective’s Solutions Development Department General Manager, Tomoyuki Imaizumi, said, “Land Displacement Monitoring will be Synspective’s first official service. We plan to continuously improve the service based on user feedback and increase the frequency of monitoring by utilizing our own satellite constellation. We are also planning to develop services that combine user-owned data based on this service.”

The R4 MPHS is a low-profile, Ka-band integrated system that can be configured with virtually any type antenna or sensor that meets the size constraints of the MPHS. The system is fully interoperable with military Ka-band systems and optimized for use over the Global Xpress constellation.

iDirect Government (iDirectGov), provider of satellite communications to the military and government, announces that for the second consecutive year, haa been named the Washington Business Journal’s (WBJ) Best Places to Work for the large company category, ranking fourth on the list. The WBJ acknowledges the 100 Greater Washington, D.C., companies for their workplace excellence based on survey responses from their respective employees. 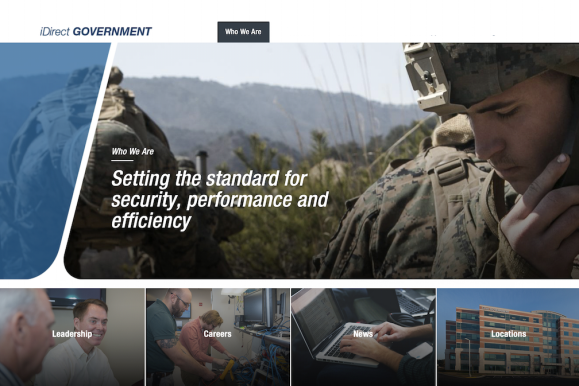 “We are honored to be recognized as one of the best places to work in the greater Washington, D.C., area for the second consecutive year,” said John Ratigan, President of iDirect Government. “We built our company on strong, competent people who value our customers and work to make SATCOM and the supporting technological solutions viable for our military, homeland security, first responder and other government users.

“For our employees, coming to work every day is only the beginning. Gaining our customers’ trust with top solutions supported with excellent customer service is the motto of every team member,” he added. “Always envisaging to best address our customers’ needs, we offer a wide array of support services, such as our Technical Assistance Center with 24/7 support, on-site professionals who manage and support customer networks, and our engineers who help in designing SATCOM network plans. The collegial atmosphere and thought-provoking work make iDirectGov a best place to work.”

The honorees are listed on the Washington Business Journal Lists.

As more and more data is being beamed from satellites, the infrastructure on the ground must become highly flexible and more cost-effective to address the key challenge of EO applications – the need to rapidly download data on the fly during the short time periods when satellites are over the ground station. 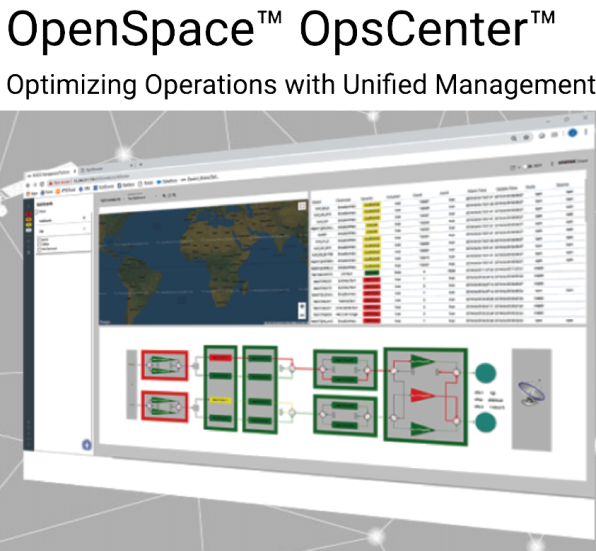 Unlike traditional EO and remote sensing hardware that is proprietary and purpose built, the software-only receiver easily scales based on demand and embraces open standards including VITA 49 and CCSDS.

Kratos offers satellite operators and Ground Station as a Service (GSaaS) providers the ability to virtualize their infrastructure for EO and remote sensing service chains. After digitizing the RF at the antenna using Kratos’ SpectralNet Wideband product, the digital stream is processed by the OpenSpace Wideband Software Receiver and the quantumDRA, Kratos’ digital recording application, which stores the data for playback or streaming in real-time.

According to John Heskett, CTO at Kongsberg Satellite Services (KSAT), “Our KSATlite global network takes advantage of a virtualized infrastructure including Kratos’ narrowband software receiver, quantumRadio, to scale on demand delivering end-to-end services for customers. One gap that we have had in going fully virtualized is in our wideband demodulation and forward error correction signal processing which has been limited by the use of traditional hardware solutions that do not support virtualization. The OpenSpace Wideband Software Receiver offers the opportunity for us to move to a fully virtualized environment and to increase flexibility and resiliency in our operations.”

“The OpenSpace Wideband Software Receiver dynamically adapts to meet the needs of EO and remote sensing data processing ground stations,” explained Chris Carlstrom, Product Manager for Kratos. “The software receiver uses an all-digital processing chain optimized for performance and pass-to-pass configurability. It also easily fits into existing ground architectures and can be deployed on bare metal, virtual instances or in the cloud.”

AFWERX, the innovation program of the United States Air Force, initiated a Base of the Future Challenge to seek new technologies that greatly enhance the security and defense of Air Force Bases.

As the Air Force builds new and restores existing installations, they have the opportunity to examine and improve the existing security and defense systems that protect the people and critical resources they house. The focus areas of this challenge include Air Force bases with perimeters that require safeguarding from threats such as unauthorized or attempted illegal entry, active shooters, explosives, cyber risks and many other potential threats.

AFWERX received more than 1,500 submissions and accepted 374 proposals for the Challenge. McQ was down-selected in an initial group of 92 proposals followed by a virtual presentation by McQ of the firm’s “Global Multi Domain Security and Base Defense” solution. Based on the presentation, McQ was selected to receive direct-to-contract authorization under the RAPIDx Commercial Solutions Opening (CSO) AFWERX program. 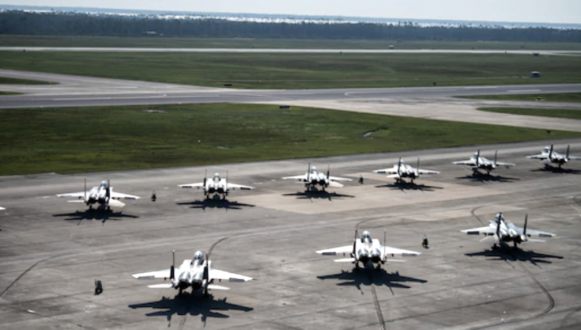 With the Base of the Future initiative, the U.S. Air Force (USAF) has an opportunity to start from the ground up and create an installation that will become a universal symbol of innovation and excellence. For this challenge initiative, AFWERX was seeking solutions that will increase the effectiveness of base security and defense.

AFWERX requested proposals to restore and rebuild Tyndall Air Force Base into the “Base of the Future” as a model for future base upgrades.

McQ’s innovative solution uses the firm’s new surveillance products, McQ RANGER® and McQ OWL™. These products and the other McQ technologies are currently providing security at many domestic and foreign Air Force bases with real-time reporting of human activity for Base Security and remote area Situation Awareness missions.