This has been a busy year for Advantech Wireless Technologies.

Together, these teams have embarked on one of the most ambitious R&D road maps in the industry. Combining the three entities into one symbiotic operation has enhanced processes, design philosophies and market strategy.

Baylin made significant investments in the facility, creating one of the best state-of-the-art manufacturing facilities in the SATCOM industry. 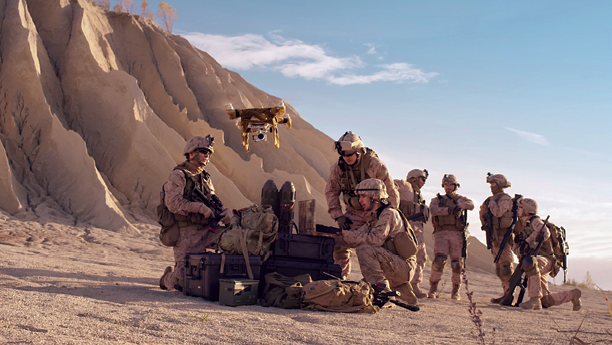 The bulk of Advantech’s business is comprised of Solid State Power Amplifiers, however they also design and produce a line of Frequency Converters, Terrestrial Microwave Radios and Pulsed Amplifiers. The main differentiator for Advantech is the portfolio of SSPAs that range from 8 watts to more than 10,000 watts in S-, C-, X- and Ku-band frequencies. 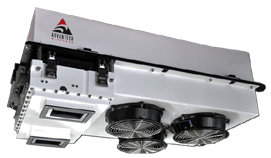 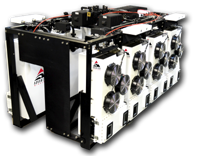 Advantech is one of a small number of companies experienced in the provision of high-power, soft-fail SSPA systems which are featured in the ‘Summit’ product line.

Thousands of watts of RF power can be pushed, thanks to Advantech’s proprietary, high efficiency combining structures. 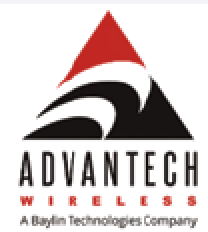 The Advantech design team is hard at work on ‘hybrid’ initiatives to combine the best elements of multiple products and increase performance and manufacturability.

Collaboration is both important and powerful when it comes to meeting the goals that have been set for the brand. Melding two competing companies into one consolidated team is a complex mission — and it’s extremely satisfying when the parts come together.

The multiple perspectives and leading industry expertise have the team excited for 2020 and the years ahead.

Tony Radford has amassed a 30 year career in the satellite communications industry and has worked in a variety of roles including engineering, sales and sales management at such companies as Scientific Atlanta, VertexRSI, STM Wireless, Paradise Datacom and Teledyne Technologies. Incidentally, Tony co-founded Telecom International, a SATCOM systems integration company that was ultimately purchased by STM.

Founded in 1994, AvL Technologies reached a huge milestone this year: 25 years of connecting the world with mobile satellite communications! 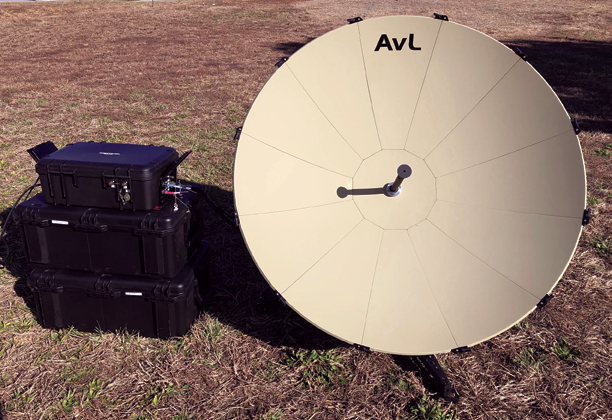 From the company’s humble beginnings — founded in Jim Oliver’s garage as he tinkered together a custom solution at the request of BAF Communications — AvL Technologies has grown into a global mobile SATCOM industry leader.

What started as Jim’s passion for solving problems and helping a former customer grew into a business, which then grew into a new passion for creating jobs in Jim’s beloved adopted community of Asheville, North Carolina.

In 25 years, the company has outgrown several small industrial spaces to occupy two custom buildings with 100,000+ square feet of product development, manufacturing and testing space — and created an AvL Technology Park in the process.

The company’s 300 skilled employees continually innovate and create new products, and find new ways to work with customers to solve challenging communications problems. The company has shipped more than 30,000 antennas, most of which are still in operation today.

If you were to ask Mr. Oliver about these achievements, he would tell you that 25 years passed in the blink of an eye and the company is on a trajectory to continue growing, innovating and creating lasting jobs in Asheville.

The 25 Years milestone was celebrated during the entire year. The company’s Sales and Marketing teams enjoyed hosting in-booth events at trade shows and made sure to reconnect with customers, business partners, vendors and competitors at every opportunity.

Company celebrations were held for employees and their families, with yet a few celebrations planned before the end of the year (as well as a surprise for Mr. Oliver). 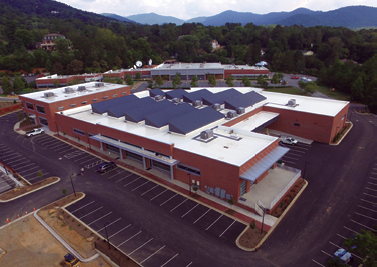 Though AvL shipped 1,200+ antennas this year, the company’s passion for product development did not slow. In 2019, the company embarked on several new products, many product improvements, new low-PIM and cyber security capabilities, and several ARSTRAT certification efforts.

AvL’s product developments for U.S. Department of Defense (DoD) applications were numerous. The company continued its development of a Ka-band electronically steered array antenna (ESA), which is on track with respect to AvL’s SBIR contract with the U.S. Air Force.

AvL incorporated enhanced cyber security protocols into the AAQ Antenna Control System this year for a specific military program, and the capability will be available by request to other customers soon. The company also integrated protected SATCOM modems as requested for key customers.

AvL’s engineering team built upon years of experience with 1.2 meter reflectors (the company’s most popular aperture size) to design a robust, ultra-accurate and ultra-lightweight reflector for ARSTRAT operations.

The tri-band antenna is a modernized version of our Model 1035 terminal including an AAQ Antenna Control System, new packaging, an upgraded tripod and wideband Ka-band capability for operation with commercial Inmarsat GX and WGS.

AvL’s new 85 cm. Model 824i and 1.2 meter Model 1224i flyaway antennas with two-case pack-ups have integral bonded cellular capability. The compact and functional designs enable either terminal to be set-up and operational in minutes by one person.

This is one of the many reasons these terminals have been selected for the FirstNet program and have been widely adopted for homeland security, law enforcement and public safety applications. 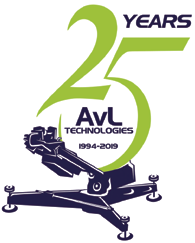 Several new configurations of AvL’s Family of Integrated Terminals were developed in 2019. A lightweight weight version of the 1.35 meter tri-band terminal was selected for ARSTRAT certification to support the ISR Stingray program by Sigma Defense. Now in Phase 3, the 1.35 meter terminal is expected to be certified by year-end.

AvL was selected for important refurbishment and modernization programs in 2019. In doing so, the company is enabling the warfighter to use modernized equipment at a significantly lower cost than for new equipment.

From the outset, AvL has been an engineering-led company. What this means is that AvL products are engineered and re-engineered to the point of ultimate performance. And sometimes re-engineering comes in the forms of improving parts of the antenna that are often overlooked but have a significant impact on performance.

One of those parts is the latches that hold together AvL’s segmented reflectors. Latches are critical parts as they can contribute to the stiffness of a reflector or cause it to sway. They can impede reflector pack-up, cause damage to other reflector segments while packed, or nestle so as to hold reflector segments safely within a case.

During 2019, AvL’s engineering team relentlessly pursued improvements to several types of latches and made monumental breakthroughs. Though difficult to describe, the improvements have made AvL’s reflectors even higher performing, if that’s possible.

To see proof in action, stop by AvL’s booth at the upcoming SATELLITE 2020 show and ask one of our engineers to show you just how cool latches can be.
www.avltechnologies.com

Krystal Dredge is the director of marketing for AvL Technologies. Krystal has 15+ years of product marketing experience in satellite and wireless communication, and worked at Honeywell and EMS Defense & Space Systems prior to joining AvL in 2012. She holds a BSJ degree in Journalism from the University of Kansas and an MBA from Wichita State University.

2019 was a formative year — in the literal sense — for Centauri. In April, Centauri was created by bringing together three leading companies in the national security sector: Integrity Applications Incorporated, Xebec Global and Dependable Global Solutions. 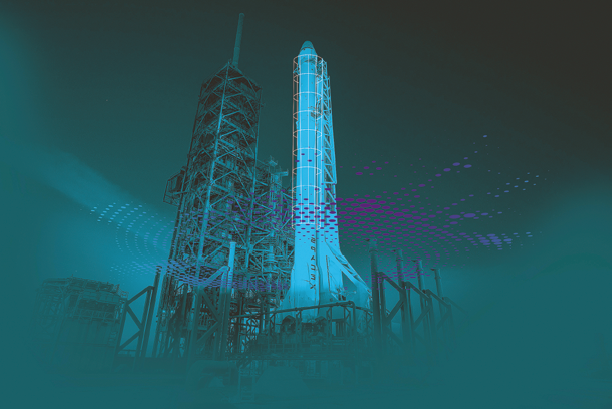 Unique in the industry, Centauri is an elite prime contractor in the national security marketplace with extensive new capabilities that enable it to deliver innovative solutions for the most demanding mission needs within the Intelligence Community and Department of Defense (DoD).

Because defending the nation requires accurate and timely information, our research and development initiatives are designing the next generation of defensive technologies to ensure that every threat is detected, analyzed and mitigated.

Centauri has extensive experience in all aspects of surveillance technologies required to identify threats against in both volumes of air/space, as well as identifying threats directed towards specific assets of interest. 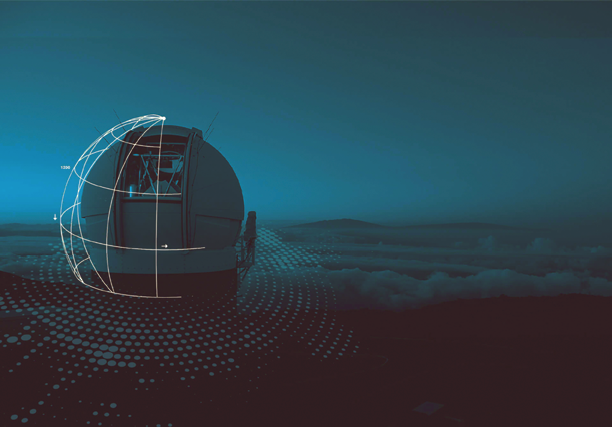 Kord Acquisition
In September, Centauri acquired Kord Technologies, Inc., an integrated defense and aerospace firm based in Huntsville, Alabama. The acquisition strengthened Centauri’s defense technology capabilities and allows the organization to provide a broader range of solutions to customers across the intelligence and defense communities.

Kord Technologies was founded in 2008 by Allen and Tom Young and quickly became one of the fastest-growing government contractors in the country. The company has an extensive portfolio of cyber, aerospace, defense technology, aviation operations and training and logistics capabilities to include expertise in directed energy and computational fluid dynamics.

Kord provides a wide range of integrated aerospace services for complex systems, to include the Space Launch System (SLS). They play a crucial role in the development of core transportation capabilities for NASA’s journey to Mars and have extensive experience in rocket design, test, and development. Their capabilities include propulsion; computational fluid dynamics; vibro- acoustics; manufacturing, production and testing; mechanical design; and thermal, stress, fracture modeling and analysis.

Renewed Focus on Space Situational Awareness
As more and more satellites and commensurate debris proliferates the space around our planet, the need to keep track of these objects and their orbits is vital to preventing damage or even loss of life due to unintended collisions.

This field of endeavor is often referred to as Space Situational Awareness (SSA). SSA includes the functions of artificial object detection, tracking, orbit determinations, and characterizing in all Earth orbit regimes.

These orbit regimes range from relatively close LEO that range from 100 to 1,200 miles above the Earth to Geosynchronous Earth Orbits (GEO) which go out as far approximately 22,000 miles from Earth.

The primary SSA mission of determining the position of objects is referred to as “catalog maintenance.” In addition to the threat of unintentional collisions, adversaries are advancing technologies with the intention of one day performing nefarious actions to the nation’s assets in space.

These assets provide many basic foundations of everyday life including weather forecasting, global positioning system (GPS), communications, and even providing our television signals.

Maintaining timely SSA is critical for the nation to detect and abate nefarious actions by our adversaries.