Thanks to a three-year effort by the Space and Missile Systems Center, academic and industry partners and an international partnership between the U.S. Department of Defense (DoD) and the Australian Department of Defence, a unique deep-space monitoring telescope will soon be scanning deep space from its new home in Western Australia. 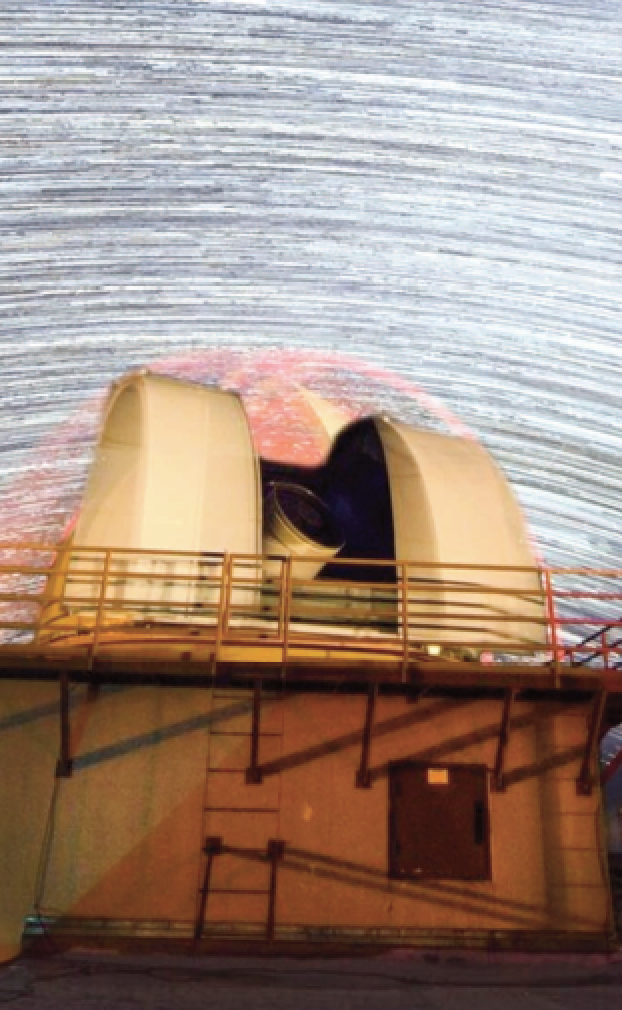 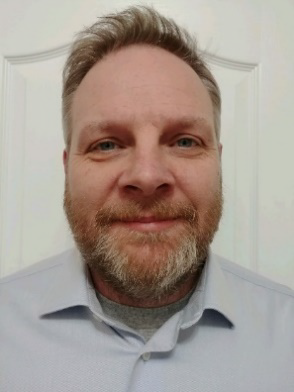 The Space Surveillance Telescope (SST) is a ground-based telescope designed for the rapid, search, detection and tracking of dim objects in deep space, mainly in geosynchronous orbit (GEO), approximately 22,236 miles above the Earth) said Jon Hutfilz, Odyssey Systems contract program manager for SST at SMC, which coordinated the move and provided support operations.

“The SST is a tremendously important tool for maintaining Space Domain Awareness, which is critical not just for the U.S. Space Force, but for our military, scientific and academic partners around the world,” said Lt. Gen. John F. Thompson, SMC Commander and Program Executive Officer for Space. “Thanks to the combined efforts of SMC, the DoD, the Australian Department of Defense and the Royal Australian Air Force, MIT-Lincoln Laboratory and L3 Harris, the U.S. Space Surveillance Network will now have critical coverage in the Southern Hemisphere.”

Space Domain Awareness (SDA) is one of the important missions of the U.S. Space Force and is defined as the identification, characterization and understanding of any factor, passive or active, associated with the space domain that could affect space operations and thereby impact the security, safety, economy or environment of the United States.

This includes everything from monitoring existing satellites and larger space hardware such as the International Space Station (ISS); detecting and mapping new artificial objects in space; predicting when and where a space object may reenter Earth’s atmosphere; tracking space debris; monitoring for incoming missiles and making sure re-entering space debris or meteors are not mistaken for incoming missiles.

“What we’re trying to do is understand the location of the objects we’re looking at, and determine whether that object has either moved or degraded or some other factor,” Hutfilz said. “We want to keep an eye on space assets and identify any threats — debris or other things — that would cause a problem. The speeds at which things move out there are really, really fast and even a small piece of debris could hit one of our assets in a way that would be devastating, and would then create more debris. 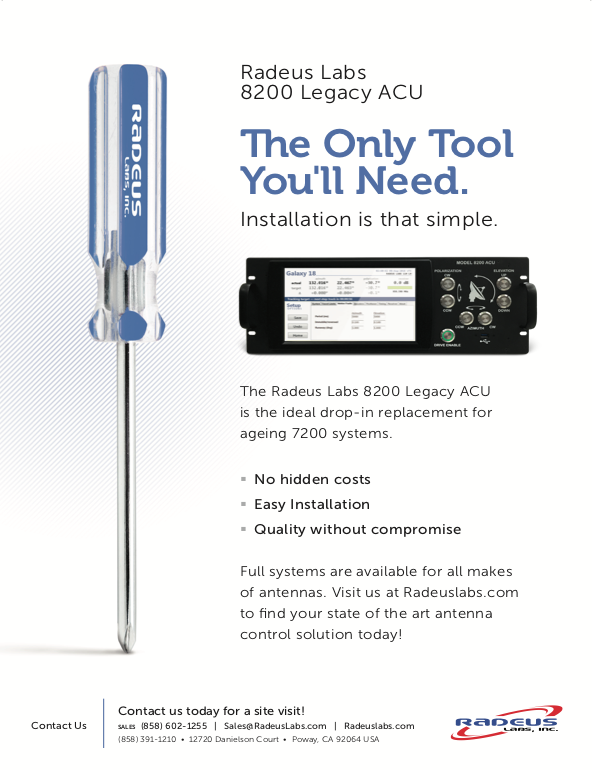 “If we start losing GPS satellites, it will severely impact the way the United States runs its daily business,” Hutfilz continued. “From ATM machines, credit card transactions, e-commerce or anything else that GPS provides the timing for, all those things will come to a halt and we’ll revert back to a lack of technology we haven’t seen in my lifetime.”

The SST was originally constructed as a Defense Advanced Research Projects Agency (DARPA) advanced technology demonstrator at the Atom site on the White Sands Missile Range in New Mexico between 2002 and 2011 by MIT-Lincoln Laboratory and L3 Brashear (now L3Harris). In 2017, it was turned over to the U.S. Air Force to operate as a dedicated sensor of the U.S. Space Surveillance Network.

The SST is the largest of the ground-based telescopes used for Space Domain Awareness, Hutfilz said. Although the SST started out as a prototype, once it had demonstrated its military value, the DoD determined it would be more effective scanning the skies in the southern hemisphere and the decision was made to move the telescope to Australia.

Moving a 261,850-pound telescope from New Mexico to Australia was a complicated process. First, the telescope was carefully disassembled and packed onto trucks and taken to a seaport in Galveston, Texas, Hutfilz said. From there, it was loaded onto ships and taken through the Panama Canal and then to the seaport at Freemantle, Australia, and then transported by truck 1,200 kilometers north to Exmouth, in Western Australia, where it was reassembled in a brand-new facility built by the Australian government.

“This was about 17 truckloads of very delicate material,” Hutfilz said. “The telescope’s primary mirror is 3.5 meters in diameter and required extreme care in handling. With a program impact of five years and $30 million dollars, every possible precaution was taken.”

As the SST was originally a prototype system that the USAF inherited, SMC needed to change it to an operational system, which included upgrading the hardware and software so it could be operated and maintained in Australia and improving the cybersecurity to prevent any attempts to disrupt operations.

The enclosure for the Space Surveillance Telescope was provided by the Australian government. Photo is courtesy of Aus Def Media.

About a dozen people from SMC in Los Angeles and Colorado Springs, including support from the Aerospace Corporation and MITRE, worked on the project, Hutfilz said. 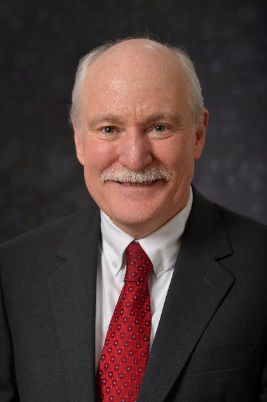 MIT-Lincoln Laboratory and L3 Harris were partners on the disassembly process; L3 Harris originally constructed the telescope. Lincoln Laboratory was the system integrator and also developed several key subsystems including the focal plane, camera, as well as the processing and control hardware and software, according to Dr. Grant Stokes, head of the Space Systems and Technology Division at MIT Lincoln Laboratory.

The Australian government built the new facility for the SST, which was completed in May of 2020. Although the deconstruction, transport and reconstruction of the telescope was a U.S. led activity, the Australian Department of Defence collaborated closely with the U.S. Air Force and U.S. Space Force, providing advice on Australian law and policy ensuring a smooth passage into the country, noted Group Captain Andrew Gillman, Royal Australian Air Force. 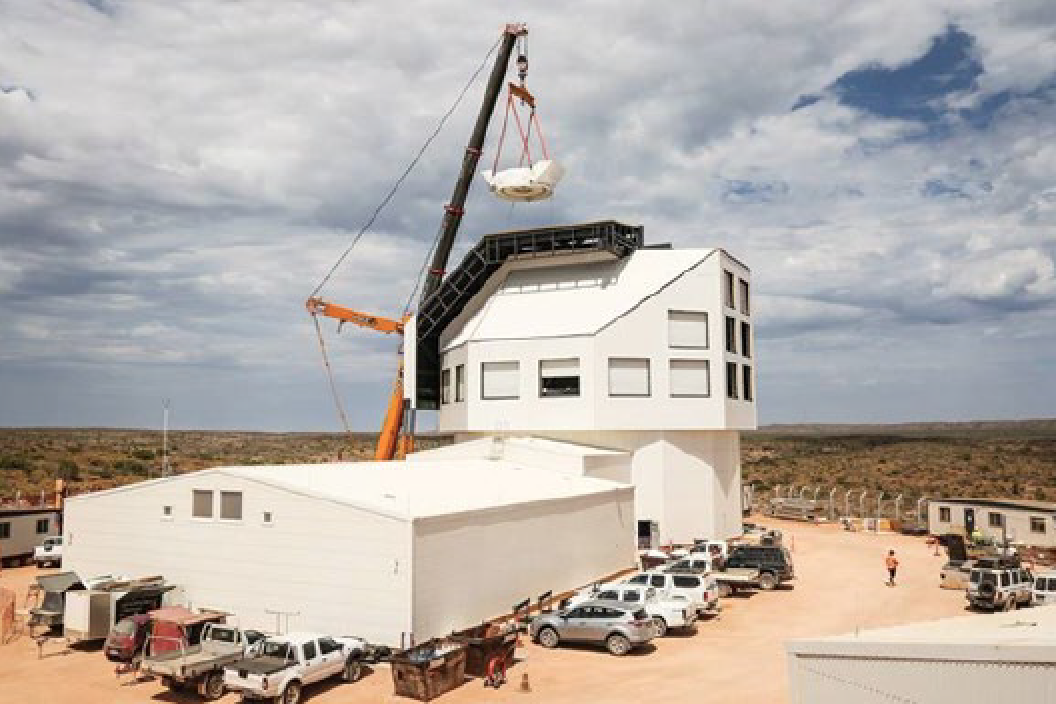 The SST’s Telescope Mount Gimbal (TMG) being lifted into the SST Facility near Exmouth, Western Australia. Photo is courtesy of MITLincoln Laboratory. 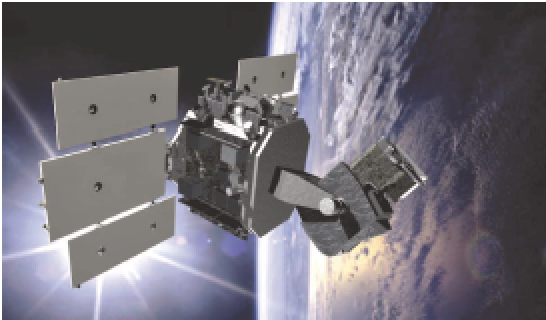 The Space Based Space Surveillance (SBSS) operates 24hours a day, 7days a week collecting metric and Space Object Identification data for manmade orbiting objects without the disruption of weather, time of day and atmosphere that can limit groundbased systems. SBSS has a clear and unobstructed view of resident space objects orbiting earth from its 390mile altitude orbit. (Image courtesy of Boeing)

Once the telescope arrived in Exmouth, local maintenance personnel were on hand to assist the U.S. team with the integration effort.

“The Space Surveillance Telescope project has truly been an amazing partnership between Australia and the United States with the overall project extending far beyond the three-year telescope movement activity and will continue on into the future,” Gillman said. “I am constantly meeting people who were involved at one point or another. The genuine collaboration between the Australian and U.S. teams has been the foundation stone of the success of this project. The strength of the relationship set up the project well to handle the challenges of the Covid pandemic.”

“Over the past several years Australia’s role in the SDA mission has continued to grow,” said Gordon Kordyak, SMC Space Domain Awareness Chief. “Their overall support as a SDA partner has been nothing short of phenomenal. Starting with the C-Band Radar, and now with the Space Surveillance Telescope, Australia’s steadfast investment and commitment continues to be a true catalyst for the SDA mission’s progress and success. We deeply value and appreciate Australia’s partnership as we prepare to jointly deliver the world’s fastest searching telescope in the interest of protecting our joint defense, civil, economic and academic interests in outer space.” 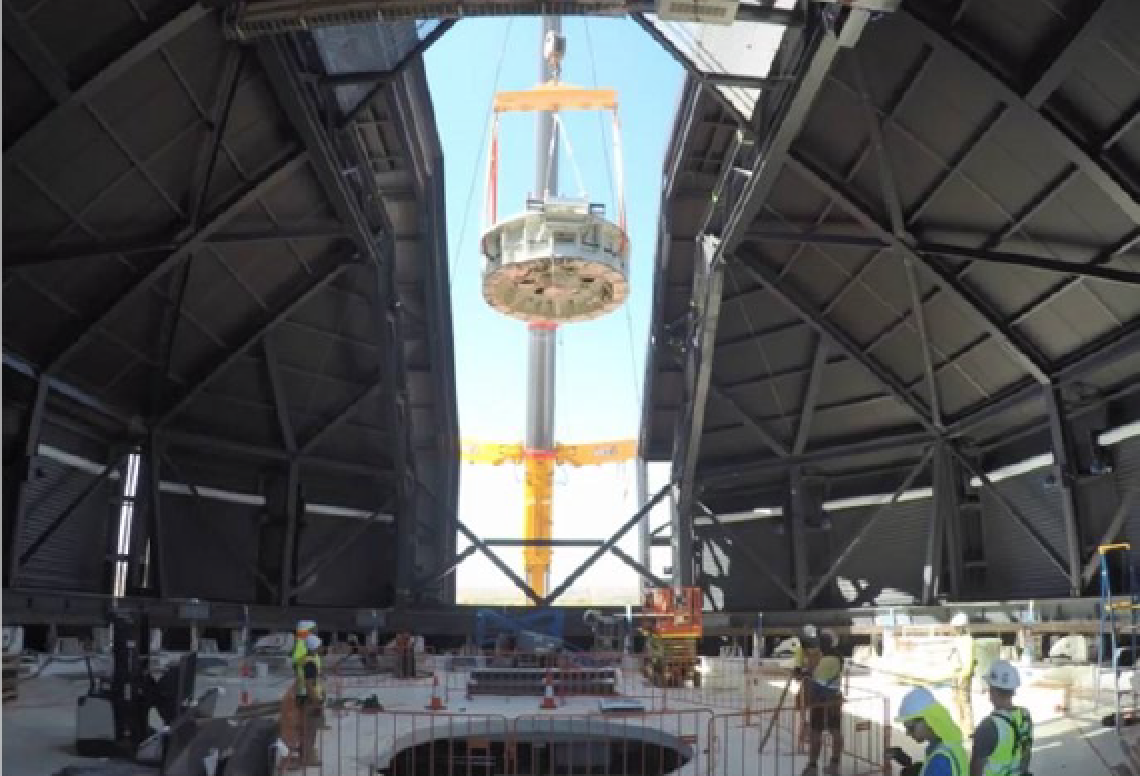 The Space Surveillance Telescope Azimuth Base is lifted into the new SST facility in Exmouth, Western Australia. Photo courtesy of MITLincoln Laboratory 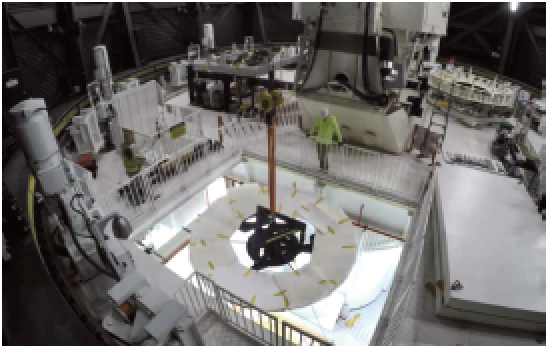 The SST’s Primary Mirror lifted through the Observation Floor Hatch in the new Australian facility. Photo is courtesy of MITLincoln Laboratory.

The design of the SST facility was based largely on the original SST facility in New Mexico and adjusted to suit Australian conditions, including ensuring that the facility was designed to withstand cyclones, Gillman said.

During the design phase of the facility, lessons learned from the activities conducted in New Mexico and the issues encountered by the facility there were applied to improve on the original design and to allow for ongoing sustainment of the capability, Gillman said. 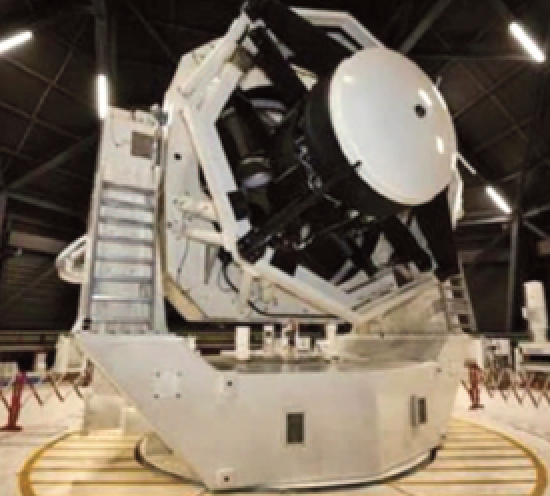 The SST, fully assembled in its new Australian facility. Photo is
courtesy of MITLincoln Laboratory.

The SST achieved “first light” — the first time a telescope is used to take an astronomical image after it has been assembled — in March of 2020 and will become fully operational in 2022, providing data for the U.S., Australia and their allies. The Royal Australian Air Force will operate the SST in coordination with the USSF Space Delta 2.

The SST is a three-mirror Mersenne-Schmidt design — the largest ever built — with a 3.5 meter aperture and a 6 square degree field of view for wide field surveillance. It is an f/1 telescope, meaning that the ratio from the aperture to the focal length is equal. In another first, the camera’s CCD focal plane is curved, not flat and can produce tens of thousands of observations per night, consisting of new objects previously unseen by any other space surveillance network sensor.

The SST was the 6th largest telescope in the United States and will become Australia’s second largest, Hutfilz said.

“The SST program was intended to demonstrate new telescope technology with some very aggressive optics,” Stokes said. “As telescope apertures tend to get larger, the field of view tends to collapse. Astronomers who have built very large telescopes end up with a soda-straw piece of the sky that’s accessible. The SST was built with a large aperture to get sensitivity quickly and a wide field of view – it is unlike any other telescope previously built.” 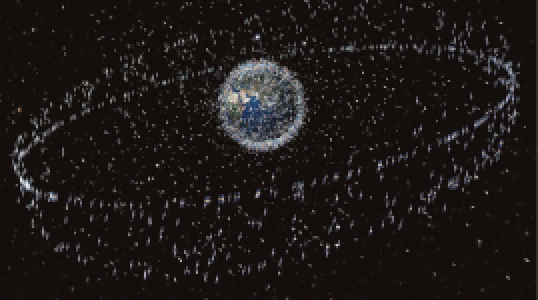 Hutfilz added: “Now take that soda straw and make it a windshield point of view from your car — we end up being able to scan the sky above the SST several times in the night and we’re able to do that very rapidly.”

“The SST is intended to search the area called deep space by the DoD,” Stokes explained. “One of those orbits is called geosynchronous (GEO) which is a very important orbit to cover. GEO is a special orbit where the orbital period is exactly 24 hours. In that orbit, satellites tend to ‘hang’ over a static, equatorial area of the planet. That single satellite can address maybe a third of the planet surface, so it’s very important real estate.”

Data collected by the U.S. Space Surveillance Network — including the SST — is analyzed by the 18th Space Control Squadron at Vandenberg AFB and assessed for any potential threats to space assets. If a threat is identified, the owners of those assets are notified so they can be moved. 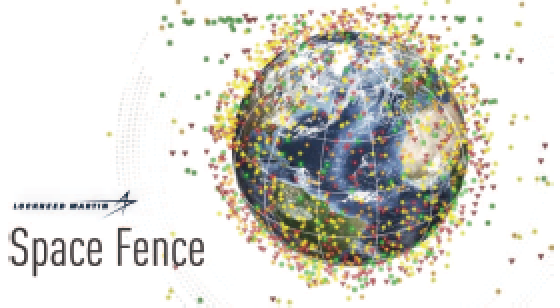 Space is not a benign environment but is, instead, occupied by an increasingly large number of satellites, natural objects such as asteroids and debris from satellites and rocket launches, Gillman commented, adding this congested environment poses a threat to satellites that provide services we all rely upon, including GPS, mobile phones, internet and TV[1].

Globally, the private and public space industry is worth more than $400 billion, estimated to grow to $1 trillion by 2040; the SST will contribute to the protection of space services and the space economy by enabling observation of small, dim objects that pose a threat to active satellites. Scientifically, NASA uses SST observations for the purpose of planetary defense, monitoring the locations of near-Earth asteroids and comets, Gillman added. 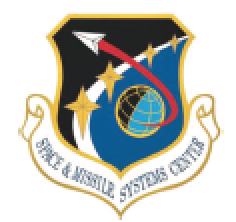 The telescope’s former facility in New Mexico is still there, but there are no plans at present to install another telescope, Hutfilz said.

The USSF also has the Space Fence, a space-surveillance radar site located on the Kwajalein Island in the Republic of Marshall Islands. The Space Fence, which became operational in 2020, is another ground-based radar system that is primarily focused on tracking objects in Low Earth Orbit (LEO, about 1,200 miles above Earth.)