As the national security establishment’s presence in space increases, the proliferation of space robotics will enable advanced missions in Low Earth Orbit (LEO) and beyond. 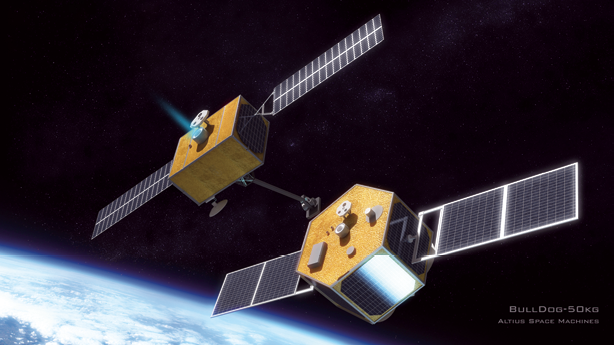 Civilian, military, and intelligence space capabilities all benefit from an increased presence of robotic satellite servicing technologies in space.

The United States Department of Defense (DoD) and the National Aeronautics and Space Administration (NASA) have made sizable investments in space robotics technologies, how the field is viewed is the key to maintaining the United States’ place as a leader in space technology.

However, few robotic servicing investments are focused on serving the highly distributed reconnaissance and telecommunications smallsat constellation that is currently being assembled in LEO by the private NewSpace industry.

This perspective article first describes the motivation for developing LEO smallsat constellations, provides a history of U.S. government satellite servicing investments to date, and finally provides a perspective on the role that Altius will play in providing affordable satellite maintenance capabilities. 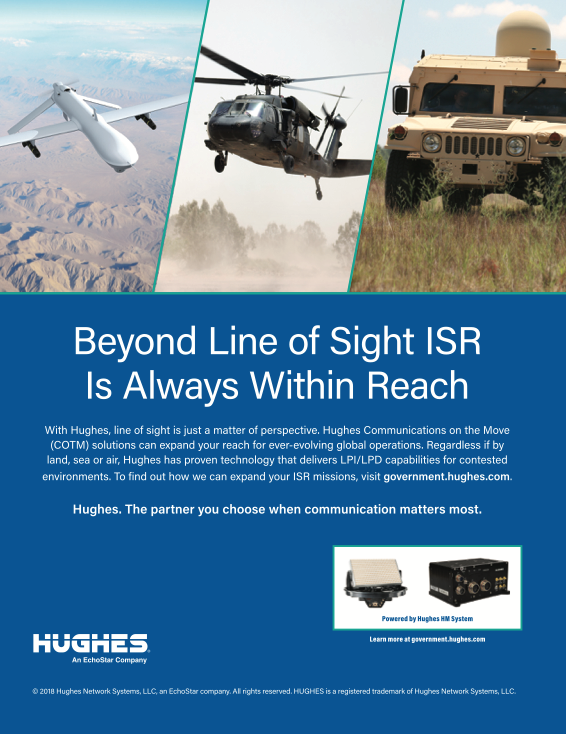 The Promise...
The United States of America’s national security establishment has begun to assemble a massively distributed LEO space infrastructure in an effort to avoid future space conflicts.

Mr. William Lee Shelton, former Commander of U.S. Space Command, publicly stated that “Beyond the necessity of finding efficiencies and cost savings, we may very well find that disaggregated or dispersed constellations of satellites will yield greater survivability, robustness and resilience in light of environmental and adversarial threats.1”

Such a strategy not only rewards the nation with the most distributed space infrastructure, but it also dissuades adversaries from launching preemptive attacks as the repercussions for such an infraction would far outweigh the benefit of disabling such a small part of the overall space infrastructure.

Mr. Robert Cardillo, Director of the National Geospatial-Intelligence Agency (NGA), has tasked his agency to “embrace emergent commercial capabilities with the same dynamism that we embraced NTM decades ago4.”

Following suit on his promise, the NGA awarded a $20M contract to Planet Labs, followed by a $14M contract in 2017 for “persistence and global coverage capabilities that could most effectively support the NGA mission5.”

In addition to the NGA, the National Reconnaissance Office (NRO) has a publicly declared cubesat program6 with the Director of the NRO, Ms. Betsy Sapp, stating “Cubesats, smaller sats, combined with affordable launch, are a huge enabler for us7.”

Despite this progress, there is currently not a plan aimed at enabling robotic servicing of these LEO satellites that will be in orbit in 2020 and beyond.

The DOD and NASA have only made investments in robotics technologies whose high costs limit their use to very high-value military assets and large GEO telecom satellites.

As such, there is a technological gap to provide low-cost satellite servicing capability to spacecraft in LEO.

USG Satellite Servicing Investments
As mentioned previously, satellite servicing has long been a topic of intense interest to the DoD and NASA.

This interest has largely been spearheaded by DARPA, which began its interest in space robotics with the Spacecraft for the Universal Modification of Orbits (SUMO) program in 2002, followed by the Front-end Robotics Enabling Near-term Demonstration (FREND) program in 2005, with an eventual  on orbit demonstration of satellite servicing in 2007 with their Orbital Express program.

The F6 program was inherently linked to the DARPA Phoenix program, which aimed to construct a satellite in-orbit with the parts of decommissioned satellites “cannibalized” by the Phoenix spacecraft.

After investments of US$200M, the F6 program was canceled in 2013 and the Phoenix program restructured in 2015, due to the U.S. Air Force’s dissatisfaction with the program.

The new focus of the Phoenix program was to focus on working on an operational satellite for commercial and military applications, as such an approach could improve resiliency
in space.

The program was a partnership between commercial and government entities, essentially combining all the technologies from SUMO, FREND, and Phoenix with a commercial bus provider to demonstrate on orbit demonstration of a geosynchronous satellite by 2021.

Unfortunately, this program was marred in controversy from the start, with Orbital ATK filing a lawsuit against DARPA for the government competing with a commercial capability.

The suit was eventually dismissed, and DARPA announced it was partnering with Space Systems Loral to develop the geosynchronous satellite-servicing vehicle.

The end result of nearly 30 years of DoD and NASA investment has resulted in three planned U.S. satellite servicing missions upcoming in the next three years:

While the hope is that these missions will open the door to widespread satellite servicing in GEO, two challenges may make it difficult to leverage these systems for servicing LEO
satellite constellations.

First, LEO constellations tend to have much lower per satellite costs than their GEO counterparts. To be worthwhile, satellite servicing has to have a transaction price that is significantly lower than the replacement cost of the spacecraft. 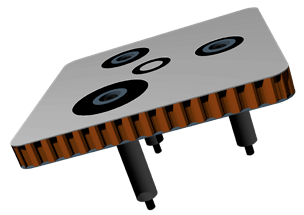 The larger number of spacecraft, and the mass-produced nature of these spacecraft will require much higher satellite servicing frequency. Due to these issues, a new low-cost architecture is needed to specifically address the smallsat LEO constellation.

Altius LEO Satellite Servicing
Altius is initially focusing on providing backup end-of-life disposal services for high-altitude LEO assets that are unable to complete their own post-mission disposal maneuvers (e.g., failed spacecraft from the proposed Big LEO constellations) and eventually extending this to more sophisticated servicing including propellant transfer and the installation of plug-and-play modules to repair or upgrade spacecraft.

The autonomous servicing of these assets is essential to providing the flexibility, resilience, and persistence needed by government and commercial customers. Such servicing solutions provide satellite maintenance to enable a new generation of capabilities in space.

Altius’ BullDog servicing solution is based on two key technologies: Altius’ patented Sticky Boom™ robotic capture system, which is incorporated into the BullDog servicing vehicles, and the Altius’ DogTag™ grapple fixtures, which will be mounted pre-launch as a cooperative servicing aid on the customer vehicles.

The Altius’ BullDog servicing solution will transition rendezvous-proximity-operations from a complicated and expensive endeavor, to one that is routine and low-cost.

The EPM gripper is a solid-state switchable magnet that only requires power to switch on or off, allowing the gripper to remain magnetized indefinitely without requiring continuous power.

The Sticky Boom allows capture of even tumbling targets without requiring a highly-maneuverable, expensive spacecraft bus, by offloading most of the complexity to the Sticky Boom and EPM capture head.

DogTags are a lightweight, low-cost cooperative capture interface (~250g and ~US$1,000 for the Big LEO constellation version) installed on a satellite before launch that makes a target spacecraft much easier to capture by combining a sheet of magnetically-grippable ferrous material with optical fiducial markings on its surface. This technology, therefore, provides an easy machine vision target for simple rendezvous sensors.

The ferrous material in the DogTags provides a strong magnetic target for the EPM gripper head, without retaining significant residual magnetic fields when the gripper is removed, thereby minimizing magnetic interference with the target spacecraft.

The fiducial markings enable the BullDog sensor to precisely estimate relative position and movement of the capture target prior to connection without the need for complex and expensive LIDAR systems.

Mr. Usman has more than a decade of federal service with the United States Intelligence Community where he led teams in the development of next-generation reconnaissance systems.

Mr. Usman holds an M.S. in Applied Physics from Johns Hopkins University, as well as dual B.S. degrees in Physics and Mathematics from Purdue University.