Commercial satellite communications (SATCOM) companies are often poised to innovate and produce faster, making them valuable partners to the federal government. As federal leaders look to harness more commercial satcom to accelerate progress in lethality, operations and cutting-edge capabilities, the SATCOM industry has an opportunity not only to provide valuable innovation and technologies but also to work alongside the government in developing policies, standards and advancements that benefit the broader DoD community and shape the satellite and space industries for years to come. 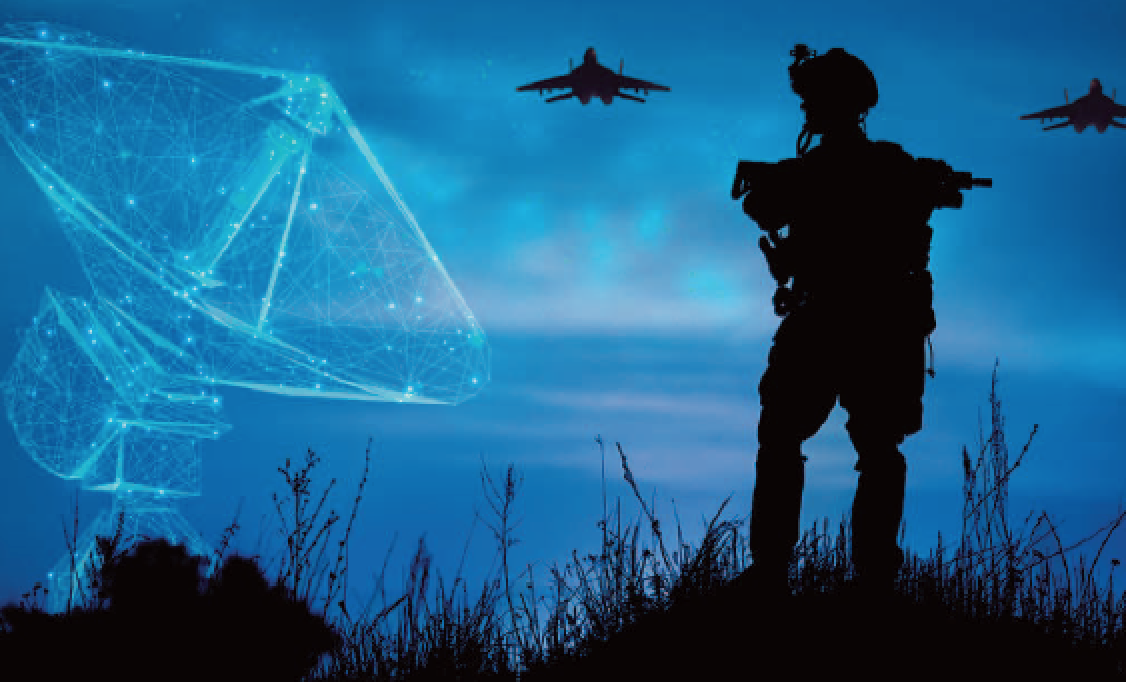 The Promise of LEO

Currently, one of the largest areas of development in SATCOM is Low Earth Orbit, or LEO. The industry is seeing the rise of large LEO constellations and the launch of thousands of satellites — more than some previous decades combined. 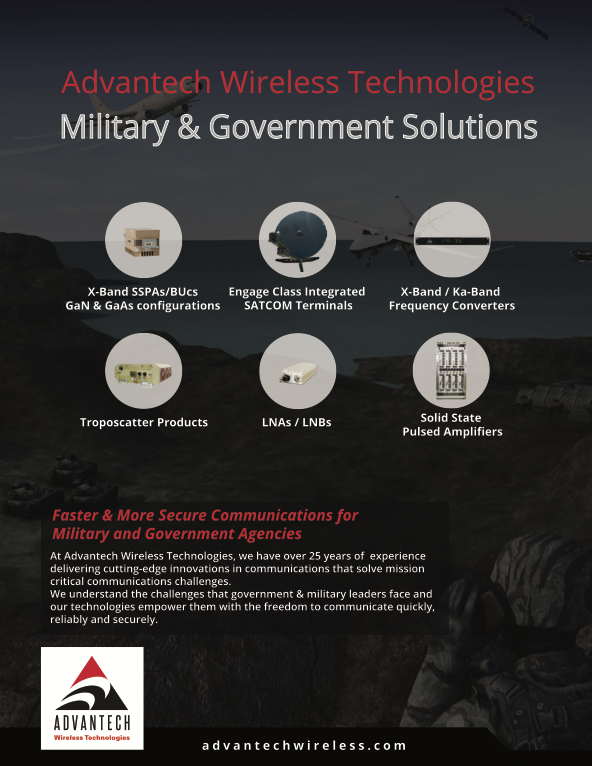 Commercial LEO architectures are a critical part of the new, proliferated national security space. They offer the ability to distribute military communications through a variety of pathways, spacecraft and mesh networks, which are resistant to single point of failure. Furthermore, these architectures offer an inherent low probability of intercepted communications. LEO systems use smaller and more isolated spot beams, each of which — and there can be hundreds, or more, in one LEO network — is harder to interfere with than traditional GEO spot beams.

LEO satellites portend a multitude of benefits for both the government and the commercial marketspace. In addition to providing a greater level of security, LEO satellites are integral to the development of emerging technologies, including 5G and edge capabilities.

LEO satellites would support terrestrial 5G infrastructure by providing coverage to remote areas not covered by towers or networks, as well as to hard-to-reach, moving targets — think airplanes, ships and other vehicles. LEO satellites would also act as a backup to the broader 5G network, stepping in to cover areas in the event that towers are damaged or otherwise suddenly inoperable.

With LEO satellites supporting and extending 5G, similarly, these satellites would be critical to the development of edge computing capabilities. LEO satellites will gather and deliver data in addition to running any supporting applications or analysis at the edge — a tremendous asset to widely dispersed troops and other deployed operators needing data-enabled functionality in the field.

LEO, in many ways, is being referred to as the new frontier of space: The developments within LEO are exciting and hold significant potential for both commercial and government military missions.

However, there is an urgent need for regulations and “official” guidance when it comes to rapidly evolving LEO operations — and those in the broader space domain.

The government, satellite providers and the wider satellite industry should first impose self-regulatory practices to ensure that LEO remains operational and secure as it continues to develop at a clip. In the coming months, the United States Space Force (USSF) may take a strong leadership role in this capacity.

The good news is the technology exists to get many of the various satellites, networks and operators to “play nicely” in LEO and help realize, and continue to expand its promising capabilities. A new emerging technology holds promise in preventing a LEO disaster and supporting regulation: virtualization.

The Integration of Transport Virtualization

We’ve already seen the increased reliance of military systems on information networks, whether for command and control, logistics, targeting, reconnaissance or navigation. The demand for connectivity has exploded. 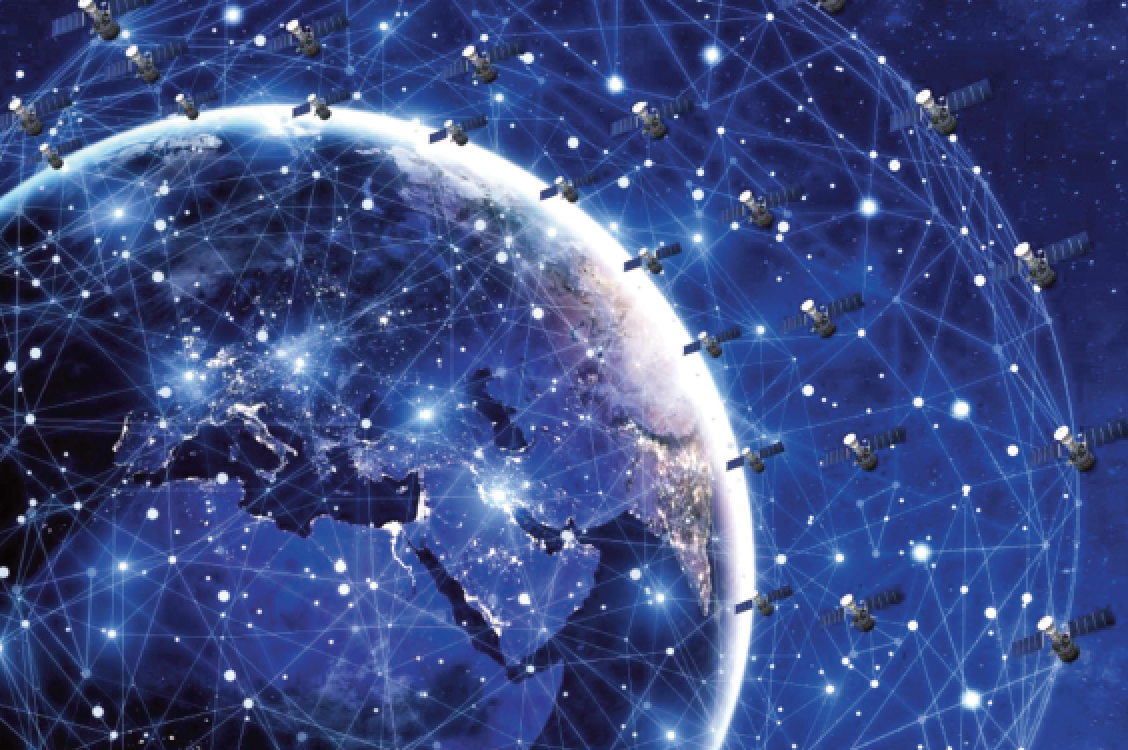 The reliance on these networks combined with the geographic unpredictability of military engagements means that military commanders need access to connectivity anywhere on Earth at a moment’s notice.

Today, maintaining control visibility around ground forces and resilient communications requires commanders to navigate multiple disparate and often proprietary systems to ensure mission success. The virtualization of communications waveforms unlocks the power of virtual modems and their utility in cloud-based and tactical-edge environments. This in turn supports the military’s multi-domain operations and enables resilient network transport.

A transport virtualization ecosystem archetype allows any qualified organization to deliver products into a growing, structured network. This is accomplished by using open standard development techniques for open-standard and/or proprietary waveforms as software applications for implementation in virtual modems. This eliminates the challenge of implementing new waveforms in purpose-built modems and tailoring code to specific hardware. It provides benefits to the government in the form of streamlining the process needed to support growth in user demand, including for additional modems or additional waveforms.

Today, the satellite industry has an opportunity to lead and be forward-thinking in solving future challenges. Industry leaders should continue to work on integration efforts in LEO, MEO and GEO to provide solutions to the government while maintaining high standards of operation and security. By leading the way and infusing innovation into operations, this not only improves so many aspects of operational functionality and security — it positions trailblazers to be ready to meet whatever regulations or standards come down the pipeline.

Michael Young has more than 24 years of leadership and management experience in the communications and network management fields. He holds an MBA from the University of Virginia Darden School of Business and was the program manager and technical lead on numerous satellite communications programs during his military career in the Army. Michael is the Senior Director of Advanced Programs at Envistacom where his duties include leading capture and proposal team activities, performing profit and loss analysis, identifying potential business development opportunities, supporting M&A activities, supporting strategic long-range planning, market analyses, and forecasting data for Government and Commercial market sectors. Prior to Envistacom, Michael was responsible for the L-band Tactical (L-TAC) capability and its fielding by the U.S. DoD for use in augmenting UHF/VHF LOS radio capability, and he was one of the original members that stood up a Satellite Communications section within a Special Missions Unit in the Department of the Army. 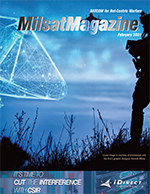