A subtle but serious challenge to strategic nuclear stability is growing largely unnoticed in the international military environment. Known as “nuclear entanglement,” this challenge is characterized by how a country’s nuclear capabilities can become deeply intertwined, or “entangled” with its non-nuclear capabilities.

For example, at the present time, U.S. overhead persistent infrared (OPIR) capabilities, such as Space Based Infrared System (SBIRS) and Defense Support Program (DSP) satellites that provide launch detection system (LDS) function, including early warning of adversary long-range ballistic missile launches, can also, under certain conditions, detect battlefield non-nuclear missile launches. This was demonstrated as far back as nearly 30 years ago, in the midst of Operation Desert Storm, when DSP detected SCUD launches from Iraq.

Until 2007 this sort of “entanglement” was not a matter of much concern for Western militaries, as China did not have a demonstrated anti-satellite (ASAT) capability. Of course, China has now had this capability for more than a dozen years. In fact, according to a number of Chinese military officials and analysts, such capability would make these U.S. satellites legitimate targets if China and the U.S. were to become embroiled in a conflict. 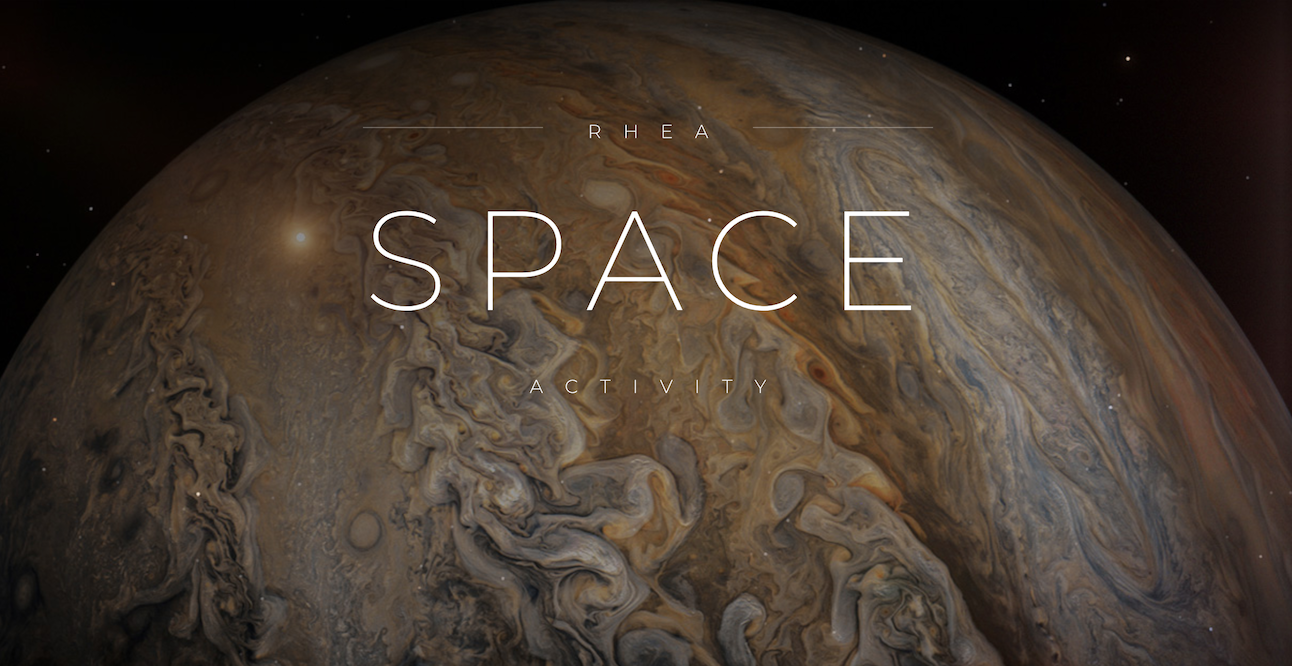 U.S. expressions of caution to China about the implications of targeting these foundational components of the U.S. strategic nuclear architecture in a conventional conflict have elicited little more than a shrug from Peoples Liberation Army (PLA) counterparts.

China conveys the message that if a system is used to support conventional military conflict, it cannot be considered off-limits for targeting. This raises the spectre of Chinese attacks on an essential part of the U.S. nuclear infrastructure, when tensions would already be at a fever pitch as conventional conflict was underway. 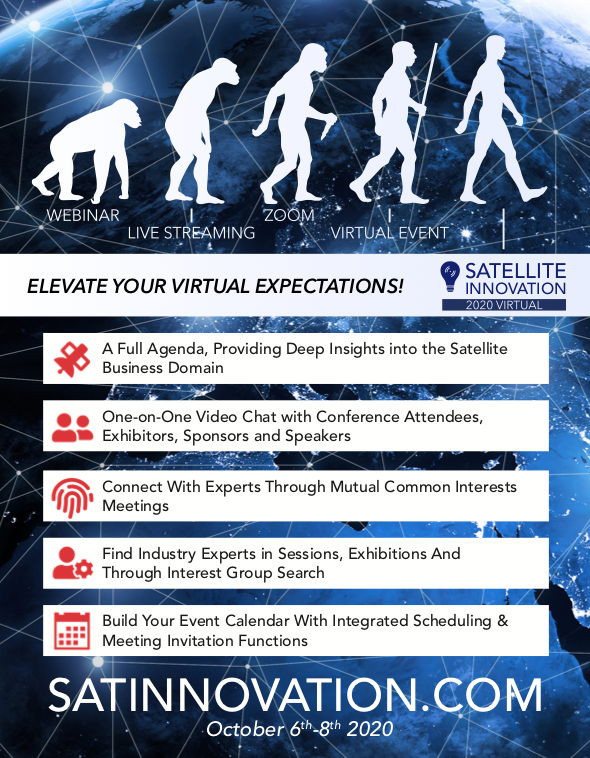 The seriousness with which the U.S. would treat such an attack is underscored by the 2018 DoD Nuclear Posture Review, which explicitly states that the United States could employ nuclear weapons in response to “attacks on U.S. or allied nuclear forces’… [or] warning and attack assessment capabilities.” As such, an adversary attack on OPIR assets could trigger a U.S. nuclear retaliation.

In times past, such a PLA attack would be considered ample enough reason for a U.S. nuclear response against China. Because of this, China would very likely have to carefully consider carefully the overall costs of attacking U.S. SBIRS or DSP systems.

As fraught with danger as this situation may be, immediate future prospects are even more worrisome. The OPIR remote sensing constellation is, arguably, the most entangled, non-nuclear, military capability that is coupled to the U.S. strategic nuclear triad. In a bid to make U.S. strategic early warning capabilities more resilient in the face of possible attack, constellations of disaggregated satellites are now being considered.

Many considerations exist for the future strategic architecture of the United States when following current and proposed efforts by commercial and government entities alike. Disaggregating the

system and putting tactical capability into Low Earth Orbit (LEO) could be problematic due to the demonstrated efforts by China and, more recently, India, to make LEO unusable by either kinetic or non-kinetic attacks.

Also, recent proposed efforts to create mesh networks in LEO by SpaceX, Amazon, One Web and/or others would increase the congestion in LEO as well as introduce additional interference, both physical and radio frequency (RF) alike, for assets sitting in Geosynchronous Earth Orbit (GEO) that are trying to look back through the mesh network.

One could project that with a substantial increase in LEO satellites, there could be a time where a missile track is either not initially detected, impacting timelines, or the detection is interfered with as a result of greater congestion down below in LEO. Challenges will continue to increase no matter where infrared payloads are orbiting. Therefore, it is important to assess the implications of disaggregating the architecture in favor of clearly delineating our strategic assets to our adversaries, in order for them to better understand that there is, in fact, a red line laid out before them that they must not cross.

Yet, it may still be possible to derive a solution to this problem that is beneficial for both the U.S. and for China from a strategic nuclear stability perspective.

If it were possible to disentangle the battlefield launch detection system from the strategic nuclear ballistic missile detection system, China would likely still be wary about the possibility that the U.S. might retain its capability to use the strategic nuclear launch detection system for detection of shorter-range ballistic missile launches. However, it appears likely that China would be more inclined to target the battlefield LDS systems rather than the SBIRS/DSP system — an action that would be far less likely to incur the risk of a rapid escalation to nuclear war,

Consequently, the U.S. would then have little interest in wanting to use the SBIRS/DSP system if an alternative option were available. Presumably, there would also be practical reasons for the U.S. to use a system designed expressly for the non-nuclear battlefield LDS, rather than a system that was designed for a much different and much more perilous nuclear mission, and incidentally had some capability in a conventional context.

The drawback is that such a separate LDS system would likely involve additional costs, though it would also lighten the tasking burden on the SBIRS/DSP system. This modest drawback would be a small price to pay for providing an unambiguous and easily differentiated red-line that would be an important off-ramp on a major escalatory path to all-out nuclear conflict.

Important questions remain to be answered as the United States plans its next generation OPIR remote sensing capabilities:

1) How will Next Generation OPIR remote sensing capabilities affect the nuclear entanglement problem and the Nuclear Posture Review objectives from 2020-2035?
2) Will the blossoming smallsat revolution eventually disentangle OPIR from U.S. nuclear forces?
3) What will be the impact on strategic nuclear stability?
4) How effectively can future OPIR constellations dissuade China and Russia from threatening U.S. strategic early warning systems?
5) What impact will large numbers of LEO smallsats, whether for OPIR or other missions, have on the performance of the SBIRS/DSP LDS?
6) Will China and Russia face similar entanglement issues for which comparable solutions may exist? Is there a role for diplomacy to help reduce the entanglement challenge to lessen the chances of strategic nuclear conflict in a crisis or purely conventional conflict?
7) What will be the impact of emerging technologies relevant to the space domain? Will nuclear and non-nuclear space systems become entangled in a way that will challenge U.S. national security interests?

It will not be easy to answer these questions; however, given the stakes involved, it is very important to try to do so.

A first step is to recognize the implications of the LDS modernization architecture for larger strategic stability issues and for such issues to be accorded a proper role in designing tomorrow’s OPIR architecture. Let’s not ignore the forest for the trees.

After that, the next step to assess the impact of alternate architectures on strategic stability will be experimentation through tabletop exercises and war games.

The final step should be to then evaluate each architecture in terms of cost, mission performance, resilience, and strategic stability. Failure to assess strategic stability in particular would be a dangerous oversight. Strategic LDS is a crucial element in the U.S. strategic nuclear posture.

Any architecture that has the inadvertent effect of increasing the likelihood of adversary attacks against that strategic LDS would have to be looked upon as seriously deficient. A future President would be placed in the excruciating position of needing to back up the credibility of U.S. nuclear deterrence by initiating escalation into nuclear conflict, or damaging that credibility by not doing so — even when an enemy has taken a decision that it expects will lead to such an escalation.
www.rheaspaceactivity.com 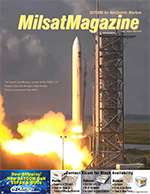