Members of the United States Air Force (USAF) 23rd Space Operations Squadron detachment 1 at Thule Air Base, Greenland, take pride in saying “Detachment 1 is the best one,” because of the integral support it provides to our nation and military daily.

The detachment’s primary duty is to provide telemetry, tracking and commanding operations to the United States and allied government satellite programs. 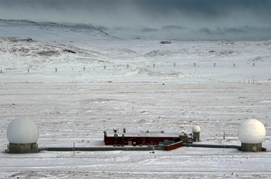 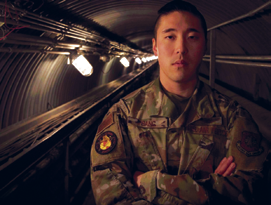 “Our parent squadron is located in New Hampshire and they work in conjunction with the 21st and 22nd SOPS as a part of the Air Force Satellite Control Network,” he said. “Det. 1’s role is to manage the Air Force Satellite Control Network for national use alongside our parent squadron and its other geographically separated units.”

The AFSCN is what connects the USAF’s space operators to satellites, allowing them to collect data and push commands to the satellites. 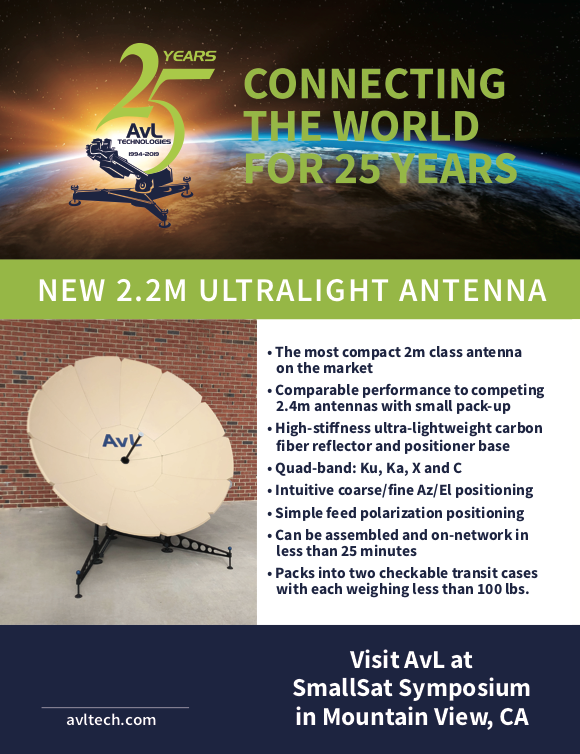 Det. 1’s 30 American and Danish contractors work to provide satellite connectivity for users in the polar region of the world.

“Without Det. 1, there would be a challenge in creating constant communications with certain assets,” he said. “We wouldn’t be able to collect data and push commands as frequently and as often as we’d like [if we weren’t here].”

Despite being in a remote location 700 miles north of the Arctic Circle, Bang said the unit has provided five years of error free support, or contacts, with satellites.

“The ops are run by people,” he said. “Everyone keeps our mission running from the engineer to the operator. We operate 24/7, 365 to continue [the mission]. Our operators will be here regardless of the weather and even stay overnight if it’s needed.”

Although coming into work regardless of weather may seem normal, the Arctic’s strong winds, unpredictable snow storms and an average winter temperature ranging from 13 to 20 degrees below zero, can make the journey to work dangerous.

“Because of our location, we’re not only able to provide coverage for the polar region of the Earth, but [we can] contact certain satellites anywhere from 10 to 12 times a day,” said Master Sargeant Marcus Smith, 23rd SOPS det. 1 chief.

The 50th Space Wing holds the title of “Master of Space” and will continue to maintain space and cyberspace warfighting superiority, a mission which 23rd SOPS Det. 1 is integral in assuring.

This base is far north — so far north that the northern lights are south — this remote unit is nearly situated on top of the world in the ice fields of Thule Air Base, Greenland.

Relaying this information in a timely manner is vital to the USAF’s Satellite Control Network (AFSCN), and as part of Schriever Air Force Base’s network of geographically separated units, Detachment 1 serves as a testament to its worldwide outreach.

Providing telemetry, tracking and commanding operations for the U.S. and allies through its mission, Detachment 1’s northern location allows contact with polar orbiting satellites 10 to 12 times a day — much more frequently than other AFSCN tracking stations, which are limited to sparse daily contact.

“The location enables the mission,” said Major Uri Mandelbaum, Detachment 1 commander. “Without being in this area, we wouldn’t have nearly as much visibility and connection with orbiting satellites.”

The unit is a crucial part of Thule, which also hosts the 21st Space Wing’s 821st Air Base group, plus a handful of previously mentioned Danish and Greenlander contractors. 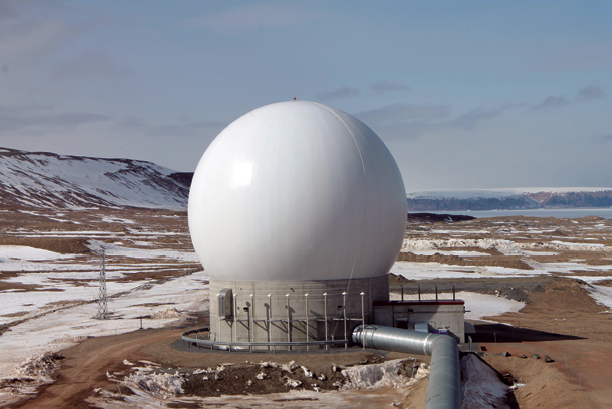 “There is an incredible sense of esprit de corps and community here I haven’t found anywhere else,” said Martin. “It’s a very small base, we only have about 100 active duty personnel here. Although small, everyone looks out for each other.”

Thule has seen a significant downsize since the Cold War era, when more than 10,000 military personnel worked on base, always on standby due to the looming Soviet presence.

The base has a museum and other remnants serving as a reminder of Thule’s olden days, said Martin. Among the relics is an old munitions warehouse and a shelter which has an office space that is part of a bunker complex — all well preserved in the arctic climate.

Now dedicated to satellite operations, the general mission of the base has changed, but the unique conditions of the arctic remain the same. Base personnel experience months of incessant darkness, as well as months of sunlight, subzero arctic temperatures, and isolation, the nearest town being Qaanaaq, 75 miles northwest of Thule with a population of only 600.

“It’s an austere environment, it isn’t exactly hospitable,” said Martin. “We deal with a lot of communication issues with everything so far north. There are difficult aspects of being here but the good outweighs the bad by far.”

Despite the challenges, Thule’s critical location is an exceedingly important asset of the Department of Defense (DoD); however, its vital mission would be nonexistent without the crucial efforts of Detachment 1 and other base personnel.

“Having this presence in the arctic will become more and more important in the upcoming years,” said Mandelbaum. “We are an important link in the chain which connects Schriever to their satellites in space.”

The 23rd Space Operations Squadron, Detachment 1, achieved a milestone in February of 2019 and managed to maintain an error free streak that has been achieved since February 11, 2014, with more than 62,000 successful supports as of the first of the year. 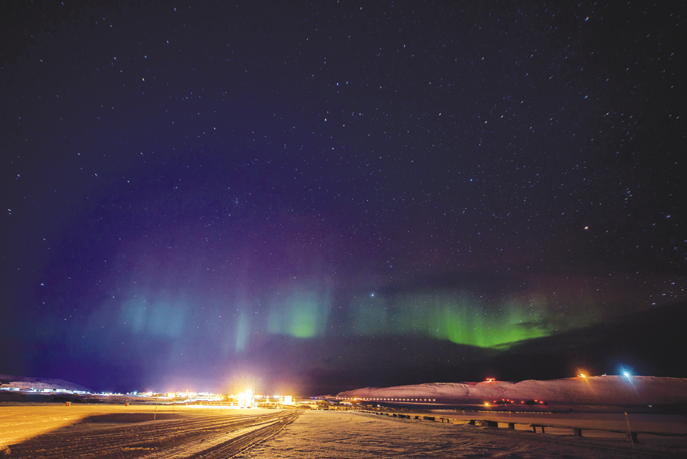 The 50th Space Wing geographically separated unit, known as POGO, averages 30 satellite contacts per day, with each contact requiring coordination between space operations centers throughout the wing and around the world. It’s location as the northernmost U.S. military installation provides polar coverage for satellite missions.

Rivenbark emphasized the importance of this accomplishment.

“POGO’s location makes error free operations all that more crucial,” he said. “Contacting satellites involves precise timing, communication of technical data, and system configuration to ensure mission success. Maximizing the availability of these resources is, and has been, essential to the success of the AFSCN since its inception.”

Rivenbark attributed the site’s continued success to its Airmen’s professionalism and hard work.

“The key to this success is both the technical proficiency and professionalism of our operators, as well as the longevity they provide, some working as much as 17 years on site,” he said. He added the error free streak is a direct reflection of the high morale and comradery between operators at POGO, despite the location’s unfavorable conditions.

“Temperatures dip below zero and there is no sunlight most of the year - additionally, the amenities that we enjoy stateside, such as mail and internet services, are slow and rare commodities,” Rivenbark said. “Yet, despite the austere and challenging conditions of working at POGO, the honor of holding an error free streak this long definitely goes a long way in instilling pride in the mission amongst those who work there.”

Chambon said the error free streak was the highlight that marked the start  of a promising year at Thule.

“We have an upgrade planned for the future - once complete, this upgraded system will greatly increase the amount of satellite supports the site will be able to flawlessly execute on a daily basis,” he said.

Rivenbark shared this excitement for the future and said despite the ever changing space and cyberspace warfighting realms, the station’s error free streak is the one thing he is determined to keep consistent.

“Without sites like POGO and the flawless operations executed by the operators there, space operators at Schriever AFB who depend on communication through the AFSCN would not be able to contact their satellites that aren’t in direct line-of-sight of Colorado Springs,” he said. “Our operators there do a tremendous job executing 24/7 operations.”