There is growing concern that outer space may soon become an arena for armed conflict. Although outer space has long been used to support military and intelligence activities, many fear that the increased use and reliance on space may mean it becomes an active part of future conflicts between space powers. If armed conflict was to extend into outer space, it is likely to have serious implications for global civil and commercial space activities and the long-term sustainability of space that last far beyond the conflict. As such, there needs to be a sharper focus on how to avoid armed conflict extending into space.

Although some of the rhetoric on space as a warfighting domain is overblown, there are legitimate concerns and troubling trends. As SWF documented in the 2019 version of our Global Counterspace Report, multiple countries are developing a wide range of counterspace capabilities and anti-satellite (ASAT) weapons.

Although current use of these capabilities and weapons is limited to jamming, spoofing, cyber attacks, and other non-kinetic methods, research, development, and testing of destructive kinetic methods is continuing. In March, India became the third country to destroy one of their own satellites with a direct ascent ASAT weapon in what Indian Prime Minister Modi described as a matter of “national pride” and a symbol that India had become a space power. India’s ASAT test may create political incentives for other countries to conduct their own tests, which in turn may exacerbate strategic stability in outer space. 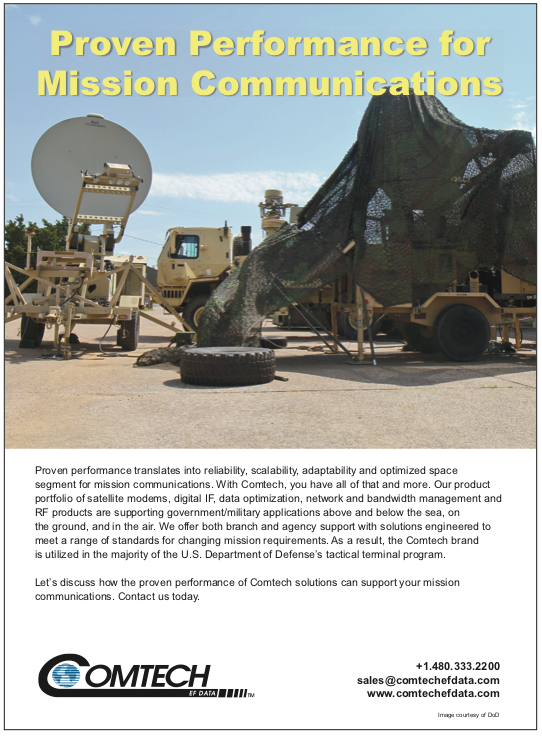 Since the 1980s, several multilateral discussions have attempted to develop arms control measures that address the development and proliferation of weapons that could harm the orbital domain. For years, discussions in the main UN body which covers space security issues, the Conference on Disarmament (CD), could not reach consensus on its agenda.

The primary space security issues being discussed at that level were ritual annual votes in the UN General Assembly on preventing an arms race in outer space (PAROS) and the Russian-Chinese proposed Treaty on the Prevention of the Placement of Weapons in Outer Space, the Threat or Use of Force against Outer Space Objects (PPWT), which has been criticized for its lack of verification and language that would still permit ground-based anti-satellite weapons, and has failed to draw significant international support.

However, during the past several years, three small changes have built some forward momentum.

First, the CD agreed in February of 2018 to form four subsidiary bodies that would discuss individual agenda items, since it could not reach consensus on an overarching agenda. Subsidiary Body 3 was charged with discussing PAROS; it met six times throughout the year and was able to create a consensus report that was sent on to the CD plenary, which in turn was able to generate a procedural report. By creating a consensus report, this means that the entire group, including representatives from China, Russia, and the United States, were able to at least agree upon some aspects of this issue.

Second, the UN Disarmament Commission (UNDC), which is part of the General Assembly, established a working group to look at how previous recommendations for space transparency and confidence-building measures (TCBMs) could potentially be implemented, which planned to meet in the spring of 2019. While its formal beginning was sidetracked by unrelated geopolitical tensions, the existence of the UNDC working group indicates the international community is interested in looking at practical, usable TCBMs.

Third, the UN General Assembly voted in December 2017 to establish a Group of Governmental Experts (GGE) who would meet to consider and recommend further practical measures on PAROS. The GGE on PAROS met in August 2018 and March 2019. The 25 nations represented, including the permanent five members of the UN Security Council and 20 geographically representative nations, had many spirited discussions but in the end, were unable to come to a consensus for their final report: a not-uncommon end to a UN-generated GGE involving many different countries with differing perspectives.

While these steps may seem incremental at best, they signal a growing salience of the space security and arms control issues within the UN system. These efforts, even the unsuccessful ones, also continue the conversation in multi-lateral fora and in small, yet crucial ways, enhance and deepen awareness of complex issues that lack other outlets for discussion amongst major space powers and competitors.

At the same time, there are ongoing discussions outside of the formal multilateral channels that are also contributing ideas and perspectives. Two of the most prominent involve non-governmental efforts to develop manuals on how international law applies to military activities in space. The Manual on International Law Applicable to Military Activities in Space (MILAMOS) Project is led by McGill University in Canada with financial support from the government of Canada and participation from several universities around the world. The Woomera Manual is co-led by the University of Adelaide and University of New South Wales in Australia, the University of Exeter in the United Kingdom, and the University of Nebraska-Lincoln in the United States.

Both MILAMOS and Woomera have teams of legal and technical experts developing manuals on how existing international law applies to military activities in space, both in peacetime and armed conflict. This task is harder than it may seem, as the existing international legal framework for space activities lacks specificity on many aspects, particularly with regard to military activities, and there are few if any court cases and legal precedents on armed conflict in space. Nevertheless, the MILAMOS and Woomera efforts are important endeavors, if only to identify the gaps and limitations of the existing international legal framework that may inform future efforts to shore up space governance.

SWF is actively involved in developing mechanisms to prevent conflict in outer space across several different threads. Our first line of effort is to increase global awareness of space security trends and threats through our counterspace research. Our Global Counterspace Capabilities report is an important tool for increasing transparency on the proliferation of counterspace and ASAT capabilities and as a foundation for discussion on policies and strategies to prevent armed conflict in outer space.

The SWF held panel discussions in partnership with the Center for Strategic and International Studies (CSIS) in April of 2019 at the Space Symposium in Colorado Springs, CO, and in Washington, D.C., on what the United States should be doing to address these challenges in a sustainable manner, and will continue these discussions in other countries at SWF events throughout the year. 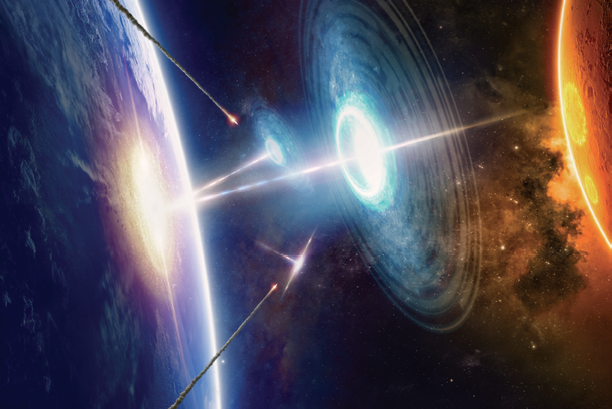 The second line of effort is to support the MILAMOS and Woomera efforts as we see their discussions and end products as important foundations to inform norms of behavior in space and future development of space governance. SWF Director of Program Planning, Dr. Brian Weeden, and Space Law Advisor, Mr. Christopher Johnson, serve as technical and legal advisors to the Woomera and MILAMOS projects, respectively. As these projects move towards completion over the next couple of years, we will look for ways to socialize their end products to help inform national policies and strategies, shape global norms, and inform future multilateral efforts.

Finally, SWF’s third line of effort is to support the multilateral discussions on space security and arms control. SWF continues to serve as both observer and outside expert to most of the multilateral efforts described above, including providing recommendations to the GGE on PAROS and briefing the UNDC working group on counterspace trends. SWF is also continuing to support and co-organize the United Nations Institute for Disarmament Research (UNIDIR)’s annual space security conference in Geneva. The UNIDIR conference has enabled broad discussion on the stressors to space stability and security and helped educate the Geneva diplomatic corps about the nuances of space security and stability issues.

This year’s conference, “Supporting Diplomacy: Clearing the Path for Dialogue,” will include a media panel and a special film screening to explore the wider societal implications of international cooperation in space, and will be broadcast live for those who cannot attend the conversation in-person.

Although the threat to space security posed by future armed conflict in outer space is worrying, the SWF believes that the developments mentioned above indicate that there are still opportunities to prevent that future from happening. At the very least, the impact conflict has on the long-term sustainability of space can be minimized.

For all of the doom-and-gloom rhetoric from politicians, there are still signs of hope and a growing willingness among governments, industry, and civil society to take steps to cooperatively create a brighter future for everyone in space.
swfound.org