The military has long relied on satellites for long-distance communications. The success of the early satellite trial phases in the mid 20th century led to increasing reliance of the satellite infrastructure to dependably deliver information to distant military bases over free space. 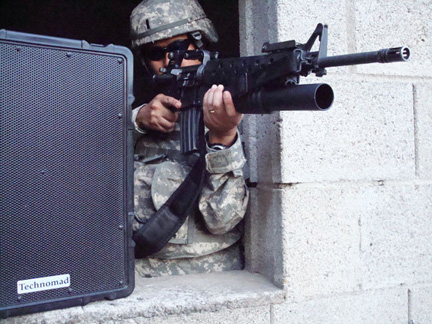 Today, military communications, or MILSATCOM systems, are still in place to inform and protect military personnel. MILSATCOM systems are aligned with various bands of electromagnetic spectrum to deliver provide such information. This includes the X-band, a microwave radio band that lives in the 7.0 to 11.2 GHz frequency range; and the Ka-band, which falls into the 26.5 to 40 GHz range.

There is also the UHF, or ultra-high frequency band, more popularly known for its role in terrestrial (over-the-air) television delivery but sometimes used for military satellite communications. The U.S. military reserves the right to use the 1452-1492 MHz chunk of the UHF spectrum.
The common aspect of these different bands of spectrum is that they are all reliable for the delivery of voice and data over free space, from point to point or one point to many.

IP Enters The Mix
It is established that plenty of bandwidth exists in a typical long-distance satellite connection to deliver voice and data. Increasingly, these systems are interfacing with Ethernet and fiber links to provide both redundant and/or first-mile and last-mile connections. 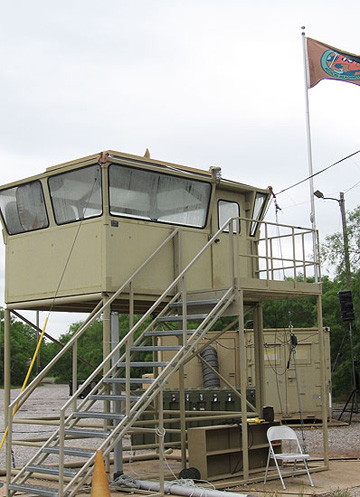 Audio over IP is ideal for streaming live audio from a source to a target, both separately and in combination with satellite links. IP-based technologies have matured to the point where it is simple to reliably “hand off” a communications signal from an IP-based system or network to a MILSATCOM system. The combination provides a powerful solution for multipoint communications and/or extending the reach of a point-to-point connection.
The challenge is in maintaining a consistent live, working connection for streaming data and audio over IP. Whether for everyday operations or emergency situations, the remote connection suffers if plagued by occasional dropouts and temporary outages. This becomes a potential safety hazard if a live or recorded voice message streamed in real-time goes silent due to a poor connection.

An alternative solution for remote satellite communications is to use the same technology for distributing commands. These CGI-based commands are useful for triggering tones, alarms, announcements and other audio as single events or repeated messages. This strategy temporarily opens the connection to trigger an event at the remote base(s) instead of requiring a continuous, open IP connection to stream live audio.

Central Control
Military bases using audio playback systems such as the Technomad SuperConductor have the option of informing base personnel of the day’s events through a series of announcements, either triggered manually or on a scheduled basis. The option to repeat the message any number of times exists for important but non-critical announcements as well as for emergency situations.

The latter is an ideal example of how such technology can benefit warfighters and distant military bases receiving information from U.S.-based unit control centers over a MILSATCOM system. The ability to advise patrol teams and even local citizens of hostile movements, MOPP conditions, and other dangerous situations, is critical to force protection and mass notification — essentially, for saving lives. 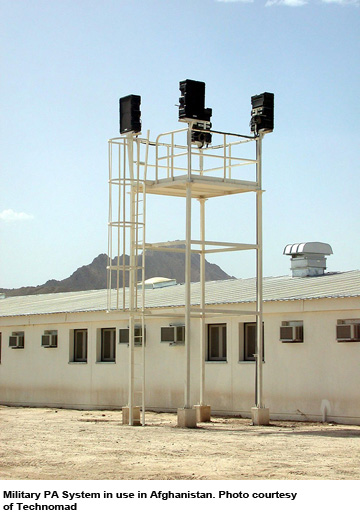 The ability to trigger these announcements, tones and other warning signals locally from distant unit control centers ensures reliability of playback. The use of the CGI command as a data stream instead of streaming live audio also preserves bandwidth, making more efficient use of the existing space in the larger MILSATCOM system.

Remote Base Systems
The momentary IP connection required to send a CGI command is enabled from the unit command center. If the remote playback system allows scheduling (such as the SuperConductor), military personnel at the command center can use the same command to set up an events in advance.

Once the connection is made, the operator would access a web interface, enter the appropriate passwords, schedule the event and quickly disconnect. The playback system would trigger the event at the schedule time, allowing for a very efficient use of satellite resources.

This can be achieved for multiple locations with the appropriate playback systems, with few human and time-related resources required. But what happens when the command is recognized and the audio event is triggered? It’s at this point that the quality of the audio becomes relevant. Bases with harsh sounding horn systems will produce tinny and distorted audio that is difficult to comprehend. Horn designs frequently have narrow coverage angles, behaving like an acoustic “spotlight.” Those directly in line with the horn are blasted with sound while those to either side of the horn cannot hear the message clearly.

High-clarity PA systems with the appropriate end point (loudspeakers) and infrastructure components (amplifiers, mixers) will ensure that the message sent from the unit control center is loud and clear. Most remote bases will simply require turnkey systems with several loudspeakers to cover something in the area of one square mile, although networked Giant Voice PA systems may be designed to cover much larger spaces. The latter can also double as a public safety system for local citizens. 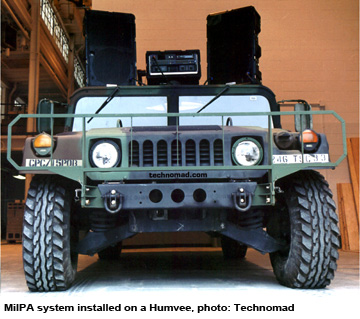 Connecting The Dots
Setting up such a system at the remote base should be relatively simple. In most cases, the playback system would exist as 1RU component and live in a signal processing rack with additional infrastructure and networking equipment. Local military personnel would also have access to the system to manually trigger warnings in critical situations.

The delivery of the warning tone or message to the loudspeaker points can be handled over cabled infrastructure using Ethernet, twisted pair, or optical fiber lines; or wirelessly using RF transmission. In larger systems, Ethernet connections add the benefit of zone-control to stream audio to specific areas in a facility.

Announcements and warnings can be fanned out further by tying in a land-mobile radio system. This allows patrol units at the base to connect to the central PA using handheld radio, adding another local element of force protection to the mix. The brains of the system can live inside the same signal processing rack as the audio playback and infrastructure systems to create a clean, centralized and fully realized local PA system.

Protection from the elements is a final but important consideration. Military technology is nearly worthless without ruggedness and durability. Weatherproof loudspeakers are ideal for outdoor installations to cope with rain, snow, sleet, and water ingression. Likewise, outdoor loudspeakers should be able to withstand the blowing dust and dirt of a desert environment. Equipment that cannot survive the rigors of wind, impact and other abuse will not last long in the military or in other challenging installations.

The goal of military satellite communications is to supply information to military units that lack a reliable means of terrestrial communication. The proliferation of IP-based technologies can now provide more power and diversity to MILSATCOM systems to further enhance protection for military personnel serving at remote bases around the world. 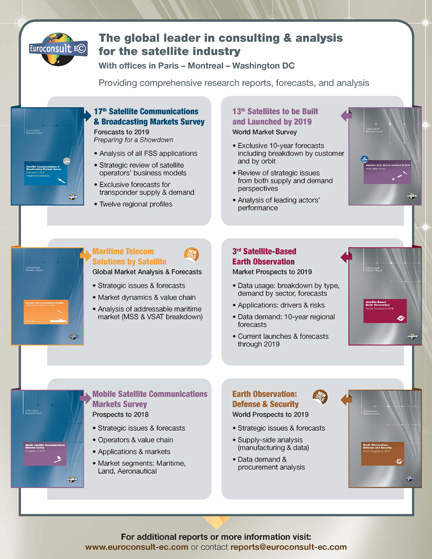