However, more than 60 years of space launches have left the Earth ringed with dead satellites from multiple space-faring nations, abandoned launch stages and broken-down components from assorted space vehicles.

This debris poses an increasing threat to the ever-increasing number of satellites and other space vehicles launched in various orbits around the Earth. While launches today are planned to reduce the amount of new space debris, no one solution has been developed to remove the existing debris. 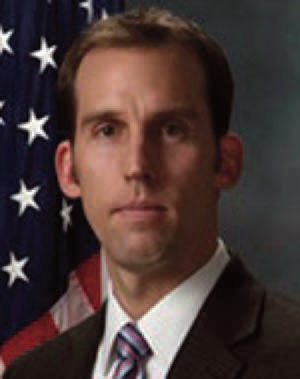 “The Space Domain is a natural resource that, just like the Earth’s terrestrial environment, needs to be preserved for future generational use,” said Gordon Kordyak, SMC Space Domain Awareness Chief.

“One of our core responsibilities in the U.S. Space Force is to provide public services that facilitate the tracking of objects (be they natural or man-made) on orbit,” Kordyak added. “Tracking these objects to minimize on-orbit collisions directly allows us to maximize the lifespan of our high value space assets, regardless if they support the defense, civil, commercial, or international communities.

“Understanding the pervasiveness and nature of on-orbit debris directly influences our understanding of risk when operating in outer space,” Kordyak said. “Even a small fleck of paint can damage to our satellites when it is traveling a tens of thousands of miles an hour. While we do everything we can to provide systems that are capable enough to inform, and help avoid, the many, many millions of debris objects in outer space, working to minimize the amount of debris we create in the first place is a key strategy to keep the different orbit regimes of outer space usable into the future.” 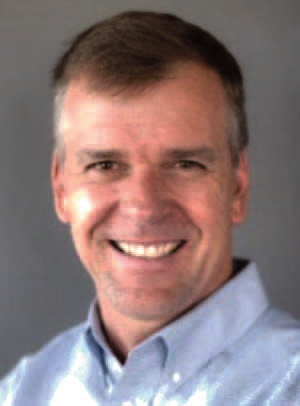 The 2013 movie “Gravity” depicted a fictional catastrophic chain event that begins when Russians shoot down a defunct satellite. This, in turn, sets off an expanding cloud of space debris that goes on to destroy a space shuttle, the Hubble Telescope and numerous communication satellites. 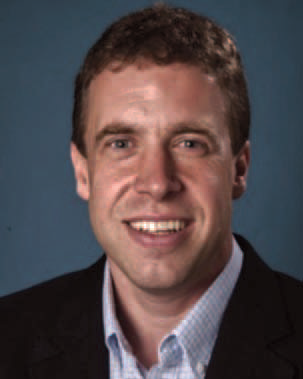 While it’s not impossible for something like that to happen — NASA engineer Don Kessler famously proposed a cascading,exponential debris effect from a collision in LEO), the Kessler Syndrome, as early as 1978 — it probably would take place over days or weeks, not hours, said Richard Mason, a senior engineer at RAND who has done extensive space debris modeling.

One real-life example is when China in 2007 tested a Low Earth Oorbiting anti-satellite weapon that created a substantial amount of debris — much of which is still in orbit, McClintock said. By 2016, less than 600 of the estimated 3,500 fragments had fallen out of orbit, leaving 2,900 fragments still on orbit.

“These are objects that are travelling at 17,500 miles an hour at the low end, in terms of their velocity, and their velocity also determines their altitude,” said Peter Whitehead, a senior engineer with RAND. “Orbital characteristics also depend on how dense an object is. So a piece of titanium may remain on orbit longer than a paint flake or a piece of Styrofoam moving initially at the same speed. There are lots of variables in terms of size, velocity, orbit and possible impact.”

“The times we would bring a piece of hardware back with the space shuttle, it would have hundreds if not thousands of dents where it was bombarded with small pieces of space debris,” said J.D. Harrington, public affairs officer for NASA’s Orbital Debris Program Office.

In 2016, a 7 mm dent was discovered in one of the windows of the International Space Station and was thought to have been caused by a collision with a piece of space debris — possibly a paint chip ̛ no more than a few thousands of a millimeter across, according to NASA and the ESA. 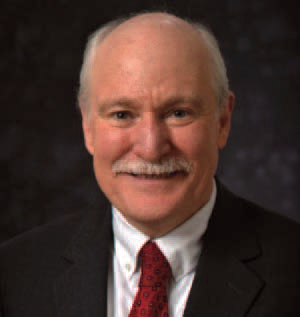 “Much of the space debris is in LEO where the relative orbital velocities in a collision can be quite large. Thus, there’s a much greater risk for two objects colliding to create a huge fragmentation spray,” said Dr. Grant Stokes, head of the Space Systems and Technology Division at MIT-Lincoln Laboratory. “In geosynchronous orbit (GEO,) since most things are orbiting in the same direction, the relative orbital velocities are generally much lower, so collisions are more likely to be akin to highway speed car crashes.”

“It’s much less expensive to put something into a LEO because the fuel required to get it to that point in space is less than in most cases, for the same amount of weight,” McClintock said. “It’s also kind of a parking space issue — both literally and figuratively. There are many more options where you can use a LEO, based on the orbital mechanics, to perform missions,” than in GEO, which requires more fuel to deliver the payload and is more carefully controlled.

When it comes to planning a launch, “It’s relatively straightforward to plan for the items you know about, but there are plenty of items you don’t know about,” McClintock said. “If everything is cataloged, then it’s just a math and engineering problem, to plan around the things that are in the catalog; it’s not much different than air traffic control.

“The challenge is: there are a lot of things that are untracked, and that’s a risk you have to account for. It’s the air domain equivalent of a bird strike. You may have filed your flight plan, you may have planned for a place where there’s no activity, but then that random bolt that the astronaut let go or the paint flake that is slowly degrading its orbital altitude ends up running into the platform.”

Then there are the legal issues. The global commons of space is governed by five treaties including the United Nations’ Outer Space Treaty, but there’s no enforcement mechanism, said Doug Ligor, senior behavioral/social scientist at RAND. 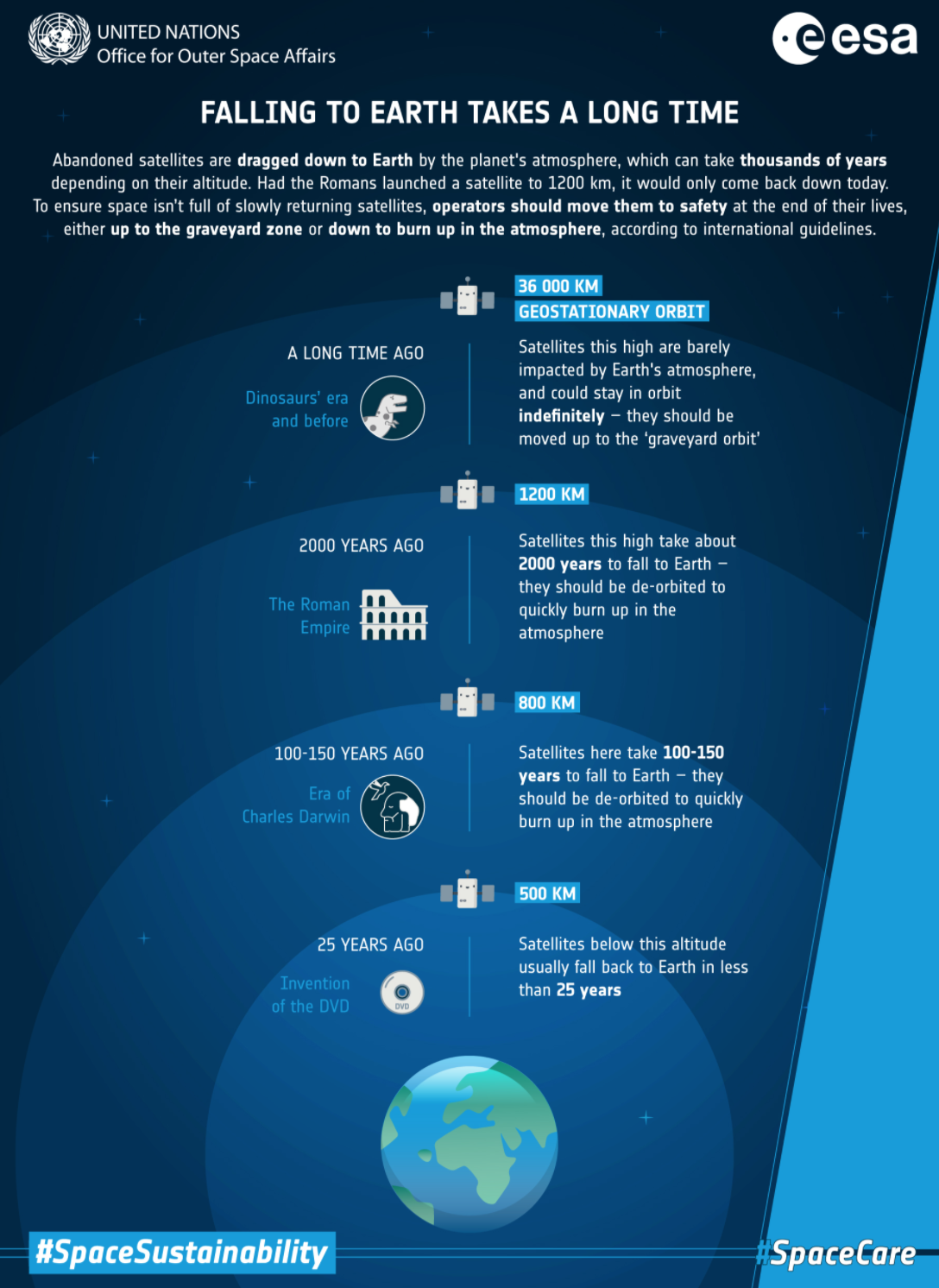 “One of the unique things about space is that everything you send up, basically, the launching nation is responsible for,” Ligor said. “The problem becomes when you send things up and they become debris, how do you assess duty-and-care or liability to something you can’t identify? I don’t know whose wrench that is, I don’t know who the bolt belongs to. If you do that a thousand times over, it becomes a real problem.”

Currently, the focus is on mitigation of “new’ space debris, rather than remediation of existing debris, Stokes said. “When a LEO satellite nears the end of its life, its operators may fire rockets to slow it down so it can fall to earth and burn up in earth’s atmosphere. Satellites at the end of their useful life in GEO orbits are often boosted to a higher, graveyard orbit to free up valuable space real estate. However, objects in the graveyard orbit could potentially stay up there for thousands of years. While this is not a problem now, it could be in the future.”

Companies and governments globally recognize that space debris is a growing problem, as evidenced by increased emphasis on debris mitigation standards and business case analyses generated by companies looking to either generate debris removal systems or field systems that can extend the life of satellites on orbit, McClintock said.

For example, ESA’s ClearSpace-1 project is planning to launch a demonstration project in 2025 to remove an item of space debris in LEO, Whitehead said. Solar sails that would deploy and take a defunct satellite out of GEO and into a graveyard orbit are another option.

“The challenge in space is that one man’s debris removal platform is another’s anti-satellite weapon,” McClintock added. “Because if your robotic satellite can go up there with an arm and grab a piece of space junk and then descend into a lower orbit, the same piece of equipment could be used – in theory —– to disrupt an active satellite. It’s more than a matter of ‘Well, we need to buy a fleet of trash trucks for space.’”