The Chief Partnership Office (CPO) within the Space and Missile Systems Center’s Portfolio Architect is in the business of innovative acquisition: Transforming the future of space with new ways of collaborating on technology, and forming competitive strategies to defend our nation and allies. 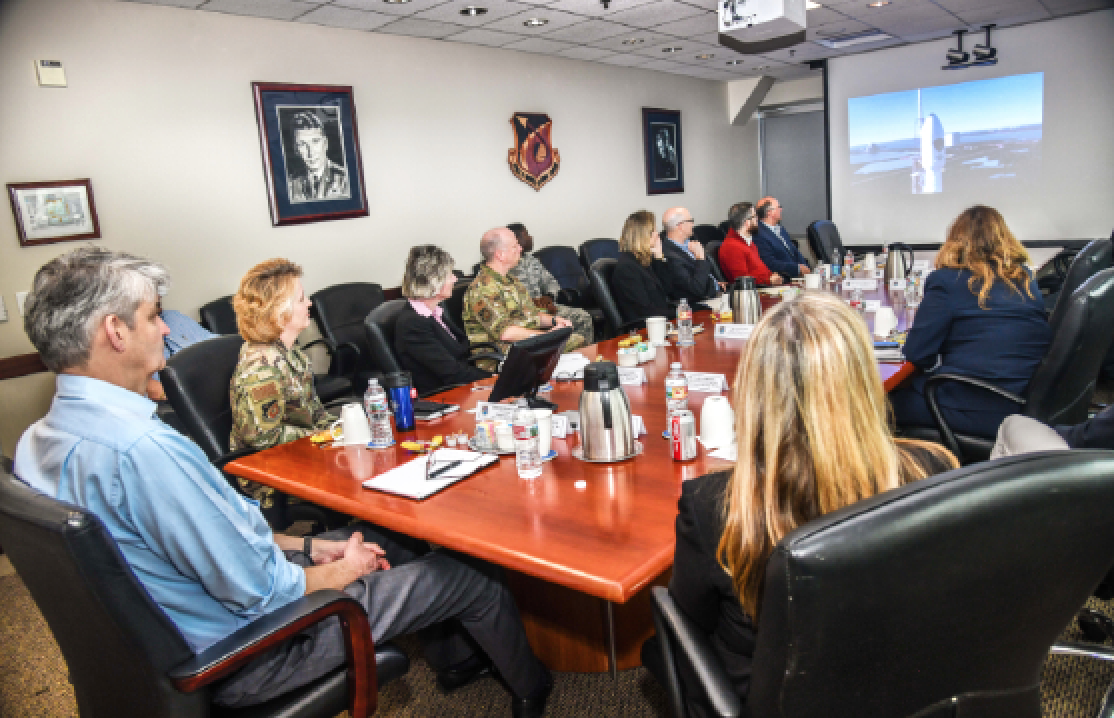 The CPO was conceptualized by SMC Commander and Program Executive Officer for Space, Lieutenant General John F. Thompson as the one stop shop for allies and potential partners across the commercial and interagency sectors who are interested in collaborative opportunities and global space cooperation with the U.S. Space Force.

“As part of the U.S. Space Force, SMC is aligned with the National Defense Strategy and strengthening alliances and seeking new partnerships makes us stronger,” General Thompson said. “Space is a team effort and working with our allies, interagency, industry and academia is vital to protecting the global commons of space.”

At the core of SMC’s international objective is a clearly laid out mission: To continue to deepen, expand, grow, and develop allied partnerships and engagements in every part of the space architecture to make it more robust and more resilient.

Offensive and defensive space domain strategies support that effort. The offensive strategy ensures the U.S. stays ahead of the game; removing silos and exploring opportunities to align with the best technological partners to integrate the best technological capabilities. SMC’s defensive strategy makes sure the U.S. identifies and forms the correct partnerships with allies to align against competing adversaries; and to circumvent adversary alliances. 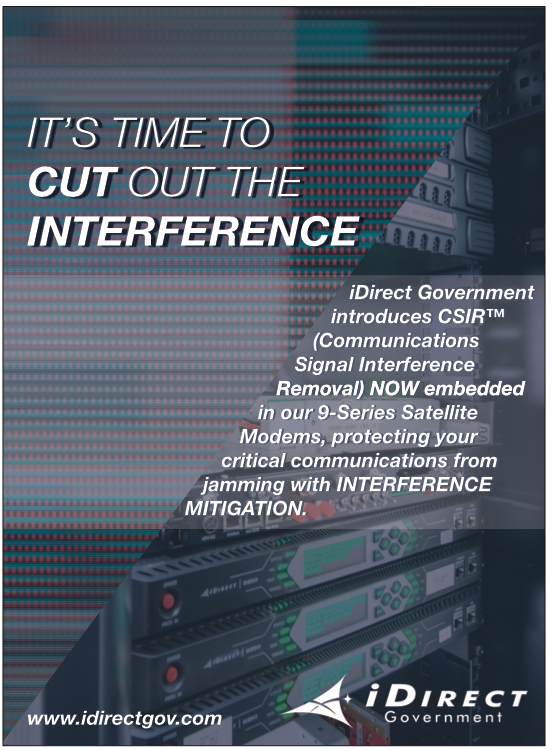 SMC‘s international objective includes continuously seeking, identifying and engaging partners while being aware of all the interagency and commercial threads available. Everything done by the Chief Partnership Office is evaluated through space enterprise architecture and its alliances with allies, and commercial and civil partners. The CPO aims to bring in new, non-traditional commercial partners with new capabilities and highlight opportunities that can be integrated into that space architecture.

“We’ve identified many partnership opportunities from payload hosting, to co-developing major space systems, or sharing infrastructure, data, and ground assets. These are significant areas where we can deliver better and faster [capabilities] through global partnership,” said Deanna Ryals, the Chief Partnership Officer at SMC.

One such example is when the SMC Production Corps’ Enhanced Polar System (EPS-R) program had a requirement for payloads to fill a vital gap in providing secure communications for warfighters in the Arctic region. Through discussions with the Norwegian Ministry of Defense and Space Norway, SMC’s CPO identified a beneficial hosting opportunity. Both EPS-R payloads will be hosted on Norway’s satellites, saving a billion dollars.

This partnership will also allow SMC to deliver capability to warfighters three years sooner than initially planned. The satellites are slated to launch in 2022 on a SpaceX Falcon 9 rocket and will deliver a great advantage for warfighters in that region.

Ryals explained, “When we go into a contested environment, we’re not going in alone. We go in with our partners, with our aligned war-winning capabilities.” 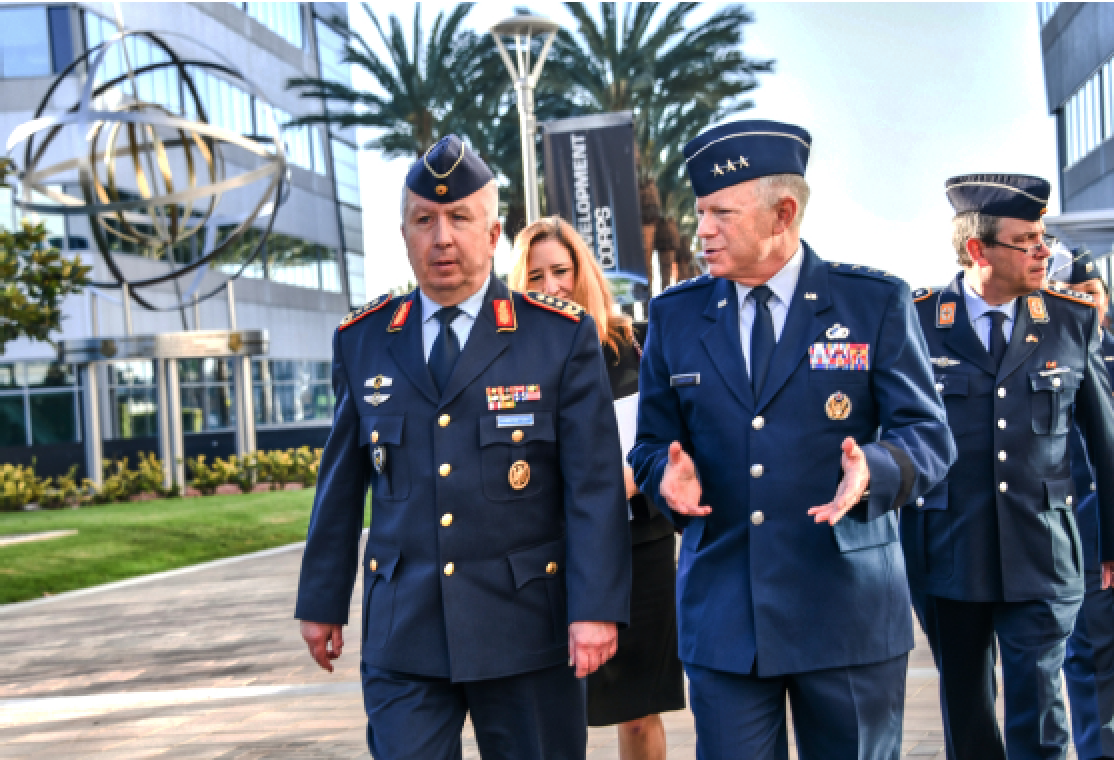 These past few months, the global pandemic hasn’t slowed international partnerships nor acquisitions. In fact, it has just offered the CPO more opportunities to be innovative.

“Even in a time of great crisis, we continue to work together,” said Ryals. The CPO has continued to expand networks and extend the reach of Space partnerships. Three prominent areas are laid out and ready:

•Continuing partnerships in satellite communication: CPO works to bring together sovereign and allied capabilities to enhance communications networks.
• Space domain awareness: Technologies such as sensors, ground capabilities, deep space radars, situational data sharing and distributive ground architectures will be continuously formulated through partnerships.
• Space Command and Control (Space C2): Together, with allied partners, the CPO is working to build war-winning and innovative software in an agile environment to give combatant commanders common operating views of the space battlefield.

“U.S. Space Force, U.S. Air Force and SMC’s Chief Partnership Office are looking at how we intend to do security cooperation overall moving forward,” Ryals noted. “We’re looking at how to be innovative, go faster, leverage new tools and even explore opportunities for new legislation if necessary.”

Looking to the Future

Through events such as International Space Pitch Day with the U.K. MoD and Allied Accelerators with Norway and the Netherlands, SMC is synthesizing the very best and newest U.S. and allied space capability development.

Angela Lindemuth, SMC’s Chief, Europe Space Partnerships finds it exciting to be able to be a part of the initiative to build up the international effort from the ground up.

She said, “Relationship-building at every level extends across our team and across the global markets where we operate and partner today, and where we see opportunity to align in the future. We all share a similar passion.”

Lieutenant Colonel Jim Tobin, SMC’s Chief of Americas, Space Partnerships, echoes the sentiment and finds the CPO to be challenging and exactly the correct fit for his interests. “We’re building common agile operating environments where capabilities can be deployed at all locations as needed.”

As SMC’s international arm continues to transition and build, the team looks forward to gaining a more robust and dedicated function within the Space Force as its development continues.

“I love my job,” said Ryals. “I’m excited every day about getting up and going to build coalition capabilities with allies. This is the truly the most exciting and rewarding job in the world.”

In August, the Space and Missile Systems Center and the U.S. Space Force joined with the Brazilian Air Force, for the first-ever U.S.-Brazil Space Engagement Talks.

Designed as a forum to advance U.S. and Brazilian space operations objectives in capability development, the talks were the first-ever senior space flag officer event between the two countries, as well as the first such event for the U.S. Space Force. Due to the global pandemic, the talks were held virtually, and aimed to strengthen the existing space partnership between the two nations as well as identify opportunities for cooperation between the U.S. military and the Brazilian government. 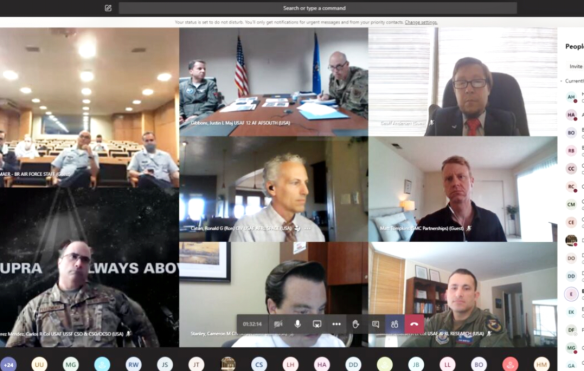 “As our best and brightest partners continue to become space-faring nations, we are striving for allied partnership in every part of space architecture,” said Lt. Col. Jim Tobin. “The Space Force is driving that collaborative approach and we are supporting that collaborative vision every step of the way.”

The United States’ space partnership with Brazil, Latin America’s leader in space operations, and other regional partners, helps ensure access and the use of space for responsible and safe purposes. The U.S.-Brazil space operations strengthen U.S. and allied competitive advantage by improving mission assurance and military effectiveness across all domains.

Innovators, Bring Your "I" Game

Non-traditional defense businesses and innovators from all over the world and from across all areas of space capability are competing for the opportunity to pitch to senior military decision-makers as part of the first International Space Pitch Day.

Those selected to participate in the two-day event, Nov. 16-17, will make their pitch from a coveted stage in front of senior United States, United Kingdom, and NATO military leaders at the UK Defence Space Conference in London. Due to global pandemic restrictions, the event may be held virtually.

Contracts totaling $1M will be awarded to fund up to 15 proposals, each with a maximum value of approximately $67K. Each funded project is expected to be completed and delivered within three months.

Led by the UK Defense and Security Accelerator and the UK Defence Science and Technology Laboratory Space Program, on behalf of the UK Ministry of Defence (MOD) and the US Department of Defense (DoD), International Space Pitch Day is a new approach to accelerate the development of commercial space technology and rapidly provide solutions to identified defense problems.

The competition kicked off in July of this year, with a series of webinars inviting interested commercial businesses, entrepreneurs and more to learn about the event and ask questions in an open forum about how to prepare and submit a proposal.

The event is designed to help lower the barrier of entry for those in the commercial sector to partner with government space organizations. Through the competition, the U.S. Space Force, SMC and the UK MOD are aligned as early adopters of emerging technology to deliver war-winning capabilities discovered from the world’s most innovative entrepreneurs.

“We must keep pace with the rapid technological capabilities being developed in the commercial sector all across the world,” said Angela Lindemuth, SMC’s Chief, Europe Space Partnerships. “International Space Pitch Day is focused on discovering technologies with proven commercial value, which can be applied to expand military space capability.”

In October, event organizers will announce their selections for who will deliver their in-person or virtual pitch. To help participants prepare for their big break, a five-week Allied Defense Accelerator course featuring specialized business mentoring was offered to those selected to pitch at the event.