Lockheed Martin (NYSE: LMT) has successfully completed their AEHF-4 spacecraft on-orbit test (A4 OOT) that demonstrated the craft has met all requirements. 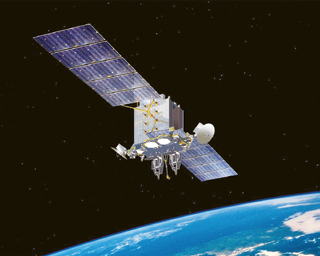 A4 OOT was the first test to have all six AEHF operational terminals communicating over XDR.

Milstar, the predecessor to AEHF, uses both LDR and MDR communication modes to directly support the warfighter.

This was the last step before control authority of the satellite is handed over to the U.S. Air Force SMC where it will join the combined AEHF-Milstar constellation. 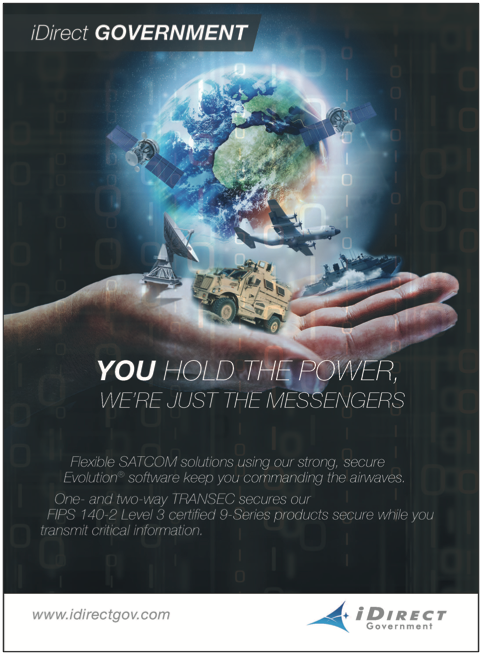 The jam-resistant system also serves international partners including Canada, the Netherlands and the United Kingdom.

Mike Cacheiro, VP of Protected Communications for Military Space, said this is a major milestone to celebrate with the customers at Space and Missiles Systems Center (SMC), the U.S. Air Force and teammates Northrop Grumman, L3 Communications and Aerojet.

As the company turns the focus on launching AEHF-5 in June, one month early, congratulations to everyone involved in completing this one of a kind, high-performance network in space.

This is a tremendous accomplishment for the AEHF program.
www.lockheedmartin.com/en-us/products/aehf.html

“We are very proud to deliver this critical asset to orbit in support of the U.S. and Allied warfighters deployed around the world defending our national security,” said Gary Wentz, ULA vice president of Government and Commercial Programs. “Thank you to the entire ULA team and mission partners for their outstanding teamwork and dedication to mission success.” 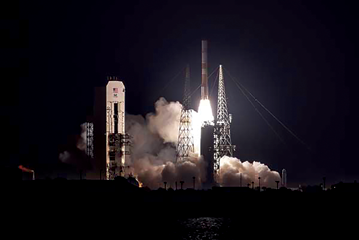 This mission launched aboard a Delta IV Medium+ (5,4) configuration vehicle, built in Decatur, Alabama, including a 5-meter Payload Fairing and standing at 218 feet. The common booster core for Delta IV was powered by the RS-68A engine, and the Delta Cryogenic Second Stage was powered by the RL10B-2 engine, both supplied by Aerojet Rocketdyne. Northrop Grumman provided the four solid rocket motors. At liftoff, the main engine and four solid rocket motors combined to produce approximately 1.7 million pounds of thrust.

To date, ULA has a track record of 100 percent mission success with 133 successful launches.

With more than a century of combined heritage, ULA is the world’s most experienced and reliable launch service provider. ULA has successfully delivered more than 130 satellites to orbit that provide Earth observation capabilities, enable global communications, unlock the mysteries of our solar system, and support life-saving technology.
www.unitedlaunchalliance.com

The contract, valued at $54 million over 4.5 years, for Gateway Maintenance and Support Service (GMSS), will ensure that this dedicated ground site continues to operate at peak efficiency and in optimal condition for critical U.S. DoD missions.

Dedicated for use by the U.S. DoD, their Iridium gateway serves as the uplink and downlink point for the DoD’s EMSS communications capabilities through the Iridium® network.

This includes the enhanced capabilities made possible by Iridium’s upgraded satellite constellation, which was formally completed and declared fully operational in February of this year.

The previous iteration of the GMSS contract was awarded in October of 2013 for a five-year term with a sixmonth extension option.

The subscribers operating under the Iridium EMSS program run by DISA have more than doubled over the five-year period between 2013 and 2018 to 113,000, reflecting a 17.25 percent compounded annual growth rate.

This surge in growth has occurred under the current flat-rate contract program that provides unlimited voice and data services to the U.S. warfighter and other government participants.

Scott Scheimreif, EVP of government programs, Iridium, said this new contract provides the mechanism for Iridium to help ensure the DoD gateway is able to fully support the new capabilities and services needed to meet the emerging requirements of the warfighter. Scott added that this is another example of the strategic, long-term relationship between Iridium and the U.S. Department of Defense. The company remains committed to the U.S. DoD and the warfighter as new ways for addressing critical requirements leveraging Iridium’s unique satellite network are explored.
www.iridium.com

GetSAT has reported that Inmarsat has type approved the company’s MilliSAT-H-GX and MilliSAT-W-GX for use on its Global Xpress service.

These new terminals, according to the company, are the lightest and most compact all in one on-the-move solutions serving the Global Xpress high-throughput, global network.

These ruggedized terminals have been proven to operate in some of the toughest environmental conditions. Their combination of size, weight, and fast-tracking technology allows for operation on land-mobile and maritime platforms with aggressive vehicle dynamics.

Size and weight limitations have traditionally been a challenging requirement for land-mobile SATCOM applications. The size and weight of the MilliSAT-H-GX and MilliSAT-W-GX make these terminals well suited for widespread adoption in the land mobile market.

GetSAT CEO, Kfir Benjamin, said the company is pushing the innovation envelope in creating — and constantly delivering — the industry’s most miniaturized terminals for airborne, ground and maritime on-the-move applications. The firm’s mission to craft micronized technologies to support a small flat panel enables the company’s team to consistently find new ways to successfully reduce terminal size while maintaining strength and power. Our MilliSAT-H-GX and MilliSAT-W-GX terminals were developed to meet Inmarsat’s exacting standards and provide users with ease of use.

Steve Gizinski, Chief Technology Officer, Inmarsat Government, added that Global Xpress has drawn a significant number of commercial and government customers due to its unique reliability, ease of use and seamless interoperability with military satellite resources. With the Inmarsat type approval of GetSAT’s terminals, ground and maritime on the move users have access to a very compact terminal to support their critical connectivity requirements.
www.getsat.com/products/millsat-w-lm/
www.inmarsat.com/service/global-xpress/

First production representative of Northrop Grumman’s EOC is delivered to the U.S. Army 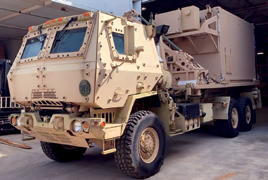 The delivered IBCS EOC has completed all functional configuration audits for major configuration items and system verification review, and is representative of the production configuration for hardware and software that will undergo qualification testing before IOT&E.

Northrop Grumman is on pace to deliver 11 EOCs and 18 IFCN relays for the IBCS program by the end of the year.

IBCS is a paradigm shift for IAMD by replacing legacy stove-piped systems with a next-generation, net-centric approach to better address an evolving array of threats. The system integrates disparate radars and weapons to construct a far more effective IAMD enterprise. IBCS delivers a single integrated air picture with unprecedented accuracy as well as broader surveillance and protection areas. With its truly open systems architecture, IBCS allows incorporation of current and future sensors and effectors and enables interoperability with joint C2 and the ballistic missile defense system.

Dan Verwiel, VP and GM, missile defense and protective systems, Northrop Grumman, said this milestone is testament of the significant progress toward operational capability that will make pivotal differences to warfighters, commanders and acquisition officials.

The company will be delivering more EOCs as well as IBCS integrated fire control network (IFCN) relays in the near future. These articles will be used for initial operational test and evaluation (IOT&E), which informs future production decisions.
www.northropgrumman.com 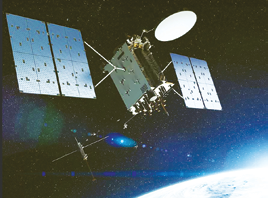 In September OF 2018, the U.S. Air Force (USAF) selected Lockheed Martin, with Harris as its navigation signal partner, to build up to 22 GPS IIIF satellites, with a total estimated contract value up to $7.2 billion. The USAF expects the first GPS IIIF satellite, SV11, to be available for launch in 2026.

Launched aboard GPS III SV01 in December 2018, Harris’ first GPS III navigation payload began broadcasting navigation signals on January 8. While testing of the first-of-its-kind satellite continues, the payload has performed beyond expectations. Harris has provided navigation technology for every U.S. GPS satellite ever launched, enabling the reliable GPS signal that millions of people — including U.S. soldiers — and billions of dollars in commerce depend on every day.
www.harris.com

SecureSync from Orolia is approved by DISA

Orolia’s SecureSync time and synchronization servers have been selected to support en route radar systems across the U.S.

The only Time and Synchronization Device approved by the Defense Information Systems Agency (DISA) for use in U.S. Government networks, SecureSync provides unparalleled reliability, security and flexibility to synchronize critical aviation operations.

These diverse radars require different types of timing signals and outputs to suit their operations. Orolia’s SecureSync provides the necessary timing outputs and signals required for these radars.

The time server’s outstanding ability to provide resilient, accurate and reliable timestamps for the data that it receives from radars is used to quickly organize the data for the aircraft control user interface.

Orolia was selected by the FAA for this competitive program based on its proven timing and synchronization technology, and its ability to offer multiple output options as COTS products that do not require additional research and development time or investment.