For MTN Government Services (MTNGS), this is a task that inspires mega-wattage star appeal: The company has launched a communications system for a cause that connects soldiers to a top-tier lineup of pro jock athletes who include future NBA Hall-of-Famer Shaquille O’Neal; Indy 500 winner and IRL champion Dan Weldon, and boxing legend Evander Holyfield. As a result, MTNGS is supplying its tech know-how at the nation’s top arenas and stadiums, for marquee events such as the Indy 500, the Super Bowl, and the MLB/NBA all-star games.

The cause itself? Pro vs. GI Joe, a Fairfax, Virginia-based non-profit, connects the men and women serving in the Armed Forces to professional athletes to take part in online video game competitions. So far, Pro vs. GI Joe has connected troops serving in Kuwait, Dubai, Iraq, Afghanistan, Korea, Japan and Germany, among other global hot spots. The foundation’s efforts amount to far more than simply bragging rights over a Call of Duty face-off: It often arranges for troops’ family members to attend the competition and get precious, online “face time” with soldiers.

This grassroots effort was launched by the husband-and-wife team of Greg and Addie Zinone who share the bulk of responsibilities, along with Pro vs. GI Joe staff member Joe Oneto and 10 wounded warrior volunteers. They handle all of the athlete/celebrity bookings, engage in military outreach, handle event planning/coordination/logistics as well as website content — and the organization gets by on more than just a little help from its friends. (Addie is a staff sergeant in the U.S. Army Reserve and has served two tours of duty in support of Operation Iraqi Freedom, most recently from 2007 to 2008.) For the tech connectivity, that’s where MTNGS comes in.

“When we first met the good people behind Pro vs. GI Joe, they had a 45-foot trailer that was perfect for their mission, save in one respect — they didn’t have the needed communications systems installed,” said Jim Ramsey, a military veteran who is now president of MTN Government Services, an MTN Satellite Communications subsidiary. Ramsey is a retired U.S. Army lieutenant colonel with 26 years of military service, having commanded and served as the operations officer for the 82nd Airborne Division, among other units. “There weren’t any tables or kitchen-type fixtures in the entire vehicle. It was designed strictly for the foundation’s operations. So they turned to us to get the technology up and running.” 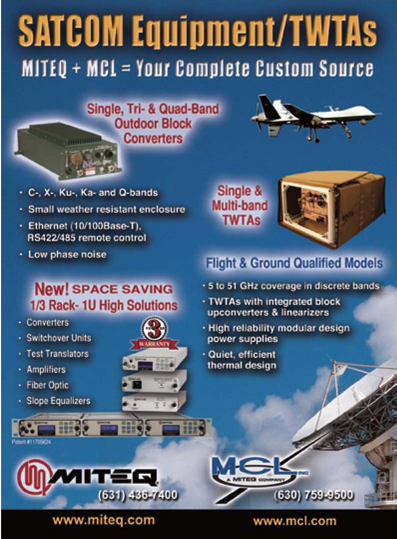 Greg Zinone feels that the continued support from MTNGS has allowed the non-profit to expand its reach and profile in ways that previously were out-of-range. “They came to us with such a rich, deep knowledge of communications systems,” Zinone says. “For them, installing what to us seemed like the most complex of satellite operations seemed as familiar as turning on a light switch. And this particular ‘light switch’ is allowing us to make such a positive impact on the lives of soldiers and their families.”

Chance Contact Leads To A Rewarding Partnership
All of this essentially started off randomly. In 2010, Ramsey and other MTNGS executives heard about Pro vs. GI Joe from a local Best Buy manager they knew in the greater Washington, D.C. area. The manager praised the Zinones effusively, explaining how they built their entire non-profit from virtually nothing, digging deep into their own pockets to make it work. And nearly every one of those dollars went directly toward the cause, to benefit the soldiers, as opposed to the steep administrative costs that foundations often report.

“When you meet Greg and Addie, you fall in love with their vision,” Ramsey says. “They’ve committed to this like no two people I’ve ever seen. For an hour or whatever, these soldiers get to play games with a big-time athlete, re-connect with their families and forget about whatever troubles they’ve encountered whether it’s the conflict or their wounds or post-traumatic stress disorder (PTSD).”

However, Pro vs. GI Joe wanted to take their operation to the next level, to broaden its profile on a national and even global level. To do so, that trailer would need work. So MTNGS supplied a host of resources to equip it for Very Small Aperture Terminal (VSAT) communications access.

The dish antennas operate in Ku- and C-Band frequencies and are often as small as 75 cm to 2.4 meters in diameter. A Network Management System (NMS) server allows network operators to monitor and control all operations, sending outbound information from the hub to the VSATs at remote locations. MTNGS has already established itself as an industry leader in VSAT technology, supplying this connectivity to military and government customers for mission-critical transportation units at sea and on land. Communications services delivered include networked headsets and hand units, interactive video conferencing and Wi-Fi Internet connectivity. 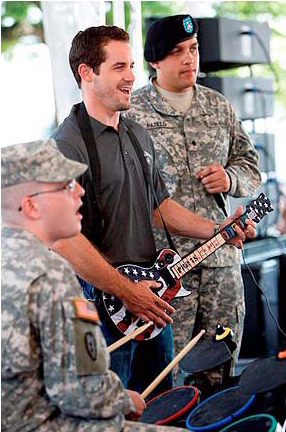 Launching Connectivity Around The World
Now, MTNGS has successfully integrated that same technology in the Pro vs. GI Joe trailer, which must connect seamlessly anywhere that it travels to in the U.S., including professional football stadiums and ballparks, as well as USO Centers stationed around the world. The USO is a partner of Pro vs. GI Joe, helping the group put on events from its locations worldwide. In other cases, the soldiers taking part are recuperating in hospitals such as Walter Reed Army Medical Center. (Many participants for Pro vs. GI Joe are referred from another partnering foundation, the Wounded Warrior Project, which helps combat veterans transition to private life.)

The trailer boasts a half-dozen 55-inch, HD TVs running on six networks with bandwidth capacity of more than 512 CIR. Mounted and dismounted easily on the roof on the road, a 1.2 Ku-band antenna sends and receives the signals. Similar to a classic M*A*S*H unit, the trailer is now technically mobile enough to go anywhere, to any venue, without experiencing any hiccups on the needed communications deployment.

“We need to get out to a lot of big-time events, obviously, and we’ll also put on quite a tailgate ‘show’ along with the video games,” Zinone says. “I’m constantly putting dogs and burgers on the grill out in the front and it can get crowded and hectic out there. But nothing we do ever disrupts the satellite feed that we need.”

There are two cameras in the trailer as well. That’s because the whole morale-pumping “thrill’ of the Pro vs. GI Joe experience is allowing the soldier and athlete to interact visually and audibly while playing. “If you’re playing Madden Football with a couple of NFL players, it makes it so much more of a memorable experience to see and talk to them on streaming video,” Ramsey says. “This also — if their family members are available — allows the soldiers to take advantage of the experience to get to see and talk to their loved ones again in real-time.” 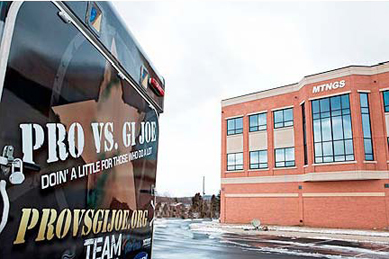 Next on the “to do” list for MTNGS: To wire three more of these trailers for Pro vs. GI Joe so the foundation can take its show on the road to all parts of the nation at the same time. Pro vs. GI Joe also seeks to allow some medically retired wounded veterans to own their own trailer, so they can stage events and help fellow Armed Services members in the process.

“And there’s no reason why we can’t do that,” Ramsey says. “We’re using the exact same technology that we have used on our customer’s cruise ships, and have been aggressively expanding to the yachting and airline industries — as well as ground/air/sea support for military troops in the thick of combat. If we can take our communications systems and expertise to help Pro vs. GI Joe connect wounded veterans to these athletes and even their family members, there’s no question that it’s something we want to do.”

About the author
Jim Ramsey is president of MTN Government Services (MTNGS), a subsidiary of MTN Satellite Communications, and is a military veteran with more than 35 years of communications and leadership experience, 26 years of which was spent in the U.S. military. Prior to joining MTNGS, Ramsey held executive positions with Protections Strategies Incorporated, Verizon Federal Network Systems, PRIME LLC, and MorganFranklin Corporation. In each company, he was the vice president of government and federal services responsible for the management of sales, customer service, technical operations, and maintenance. Prior to entering the corporate environment, Ramsey served 26 years in the U.S. Army and retired as a lieutenant colonel. He started his military career in 1979 as a private infantry soldier and ended his career as a signal corps officer. During his career, he commanded and served as the operations officer at various levels within the U.S. Army, including the 5th Infantry Division, the 82nd Airborne Division, the 2nd Infantry Division, and the 18th Airborne Corps, and with the White House Communications Agency (WHCA). While serving at WHCA, Ramsey served as a presidential communications officer for both President Bill Clinton and President George W. Bush. He also commanded four units within WHCA and ended his tour as the unit’s operations officer. Ramsey was responsible for planning, installing, and maintaining communications requirements for more than 1,000 presidential trips for Presidents Clinton and Bush during his service at WHCA. He was inducted into the WHCA Hall of Fame in 2005. An alumnus of Bowling Green State University in Ohio, Ramsey graduated with a Bachelor of Business Administration degree. He currently resides in Winchester, Virginia.
For more information, visit www.mtnsat.com.