Scott Scheimreif brings more than 10 years of experience to the satellite communications industry as well as more than 17 years in the telecom industry working closely with the U.S. Government and particularly the Department of Defense. As vice president for Iridium Satellite’s Government Division, he is responsible for business development and growth of the company’s U.S. Department of Defense (DoD) business sector. Scheimreif manages Iridium’s relationship with DISA’s EMSS (Enhanced Mobile Satellite Services) program, which provides Iridium based services to more than 30,000 war fighters and other U.S. Government users.

During his tenure at Iridium, the EMSS program has increased the number of users subscribing this mission critical service by more than 173 percent. Scheimreif has also been one of the key drivers expanding Iridium’s core capabilities into the U.S. Department of Defense by offering a multicast, push-to-talk voice and data service. This service, known as Netted Iridium, is envisioned by many to help satisfy the growing demand for tactical, communications-on-the-move (COTM) requirements for a variety of vertical markets, specifically the military.

Editor’s Note
An article on the Distributed Tactical Communications System (DTCS) — also known as “Netted Iridium” — in the September, 2009, edition of MilsatMagazine. At that time, the DTCS products were just completing field tests in Afghanistan. We asked Scott Scheimreif, vice president of government programs for Iridium Communications Inc., to bring us up to date on this interesting and innovative technology.

MILSatMagazine (MSM)
First, Scott, can you tell us about yourself and your career?

Scott Scheimreif
In my role at Iridium, I am responsible for business development and growth of the company’s U.S. Department of Defense (DoD) business sector. I manage Iridium’s relationship with the Defense Information Systems Agency’s (DISA) Enhanced Mobile Satellite Services (EMSS) program which provides Iridium based services to over 44,000 war fighters and other U.S. Government users. 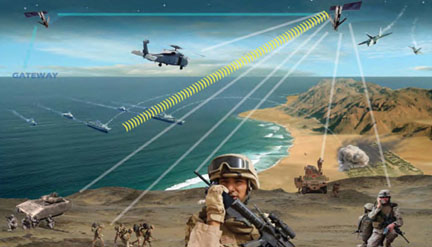 I’ve worked closely with the U.S. Government, and particularly the DoD, in the telecom industry for more than 17 years. I hold a bachelor’s degree in science from Salisbury University and I’m an active member of the Armed Forces Communications Electronics Association (AFCEA) and The Satellite Industry Association.

MSM
Can you give us a concise description of the DTCS program and its benefits to warfighters?

MSM
When and how did the DTCS program originate? Why was it developed? 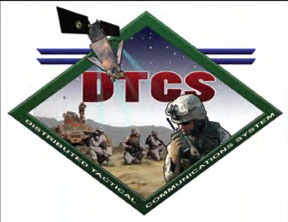 Scott Scheimreif
The system had its origins in 2006 under a Cooperative Research and Development Agreement (CRADA), to meet requirements for better and more reliable squad and platoon level communications for troops operating in Afghanistan’s mountainous environment. Troops operating in deep valleys, for instance, were often unable to communicate over geo-satellites or use standard LOS radios due to terrain blockage. It was believed that Iridium’s LEO satellites could provide a solution. The Naval Surface Warfare Center (NSWC) in Dahlgren, Virginia, which functions as the research and development lab for the war fighting community led the effort. NSWC’s Harsh Environment Lab produced the first prototype handsets, which were basically commercial-off-the-shelf Iridium handheld satellite transceivers modified to permit one-to-many PTT communications to multiple users over the narrowband Iridium channels. NSWC conducted demonstration trials and field tests in 2008. At the end of 2009, there were roughly 100 DTCS radios being used
in Afghanistan.


Scott Scheimreif
The radio weighs about one pound. It has a simplified operator interface with one knob for volume, one knob to select channels and a PTT button. It operates much like a trunked radio, in which a pool of users share a range of frequencies that which can be organized into separate nets for command and control, medevac, fire support or other operational requirements. Users in each net are assigned a channel number, and the radio scans for traffic on nets to which the user has access. The caller only needs to select a channel and press the talk button.

The satellite network automatically assigns a channel and alerts all other users on the net. Once the linkup is made, they work just like any other PTT radio net.

The handsets also contain an embedded GPS providing a position tag for all users on the net when communicating, so the one-pound radios can provide force tracking at the hand held levels as well as these tracks integrate into other C2 programs of record like FBCB2 and GCCS. They use standard CR123 lithium batteries, which are readily available in the field to minimize combat load and impact on logistics.

MSM
What is the current status of the DTCS program?

Scott Scheimreif
In 2009, the U.S. Central Command (CENTCOM) sent a request to the Office of the Secretary of Defense (OSD) for rapid deployment of DTCS radios in the region through the Joint Urgent Operational Need process. OSD approved the request and transferred program management responsibilities from NWSC to DISA’s EMSS office.

Under the management of the EMSS program office, contracts were awarded for initial production of the DTCS satellite radios, and CENTCOM received the first deliveries in April — just five months after the request was received at OSD. By year end, more than 5,300 Netted Iridium satellite radios had been deployed in Afghanistan.

MSM
What’s next for the program?

Scott Scheimreif
DTCS Phase 2 will start rolling out in the next few months. Phase 2 will provide expanded net footprints out to 250 miles and will increase the number of available nets to 16,000. We are also working on additional architecture enhancements that will improve scalability and decrease latency, and we are working closely with our industry partners to develop a new command and control handset, which will provide situational awareness at the handheld level, allow for netted text, chat and continue to integrate into other C2 programs of record. 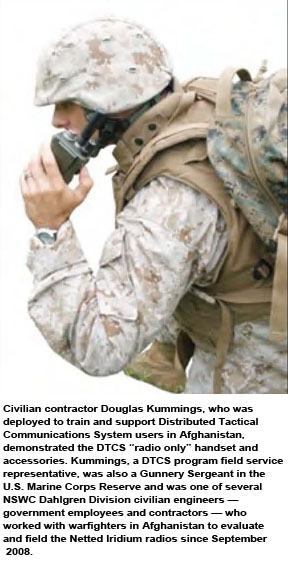 MSM
What else is on the horizon for the Netted Iridium program?

Scott Scheimreif
With a successful program in place, the future holds many opportunities for the Netted Iridium program. For example, we have been discussing creating new segments with commercial netted services. Definitely stay tuned for more to come.

There is a fine line between mission success and failure, where success can depend on the reliability of a single one-pound radio.

Back in the Civil War, citizen-soldiers communicated with their commanders on the battlefield with signal flags during the day and lanterns by nights. As messaging moved from flags to satellites over the last century, so have the demands of the service members fighting for peace. The war fighters’ needs for communication have become almost instantaneous, and without it, the results can be devastating, said Army Staff Sgt. Tommy L. Andrews, Microwave Line of Site non-commissioned officer, Joint Network Communication Center-A, 359th Theater Tactical Signal Brigade. “You can have the greatest Army in the world, but without good communications, you will fail.”

With new things developing every day, “it is hard to keep up with technology,” said Andrews. In its efforts to deploy new technology, the Army has been fielding Netted Iridium Radios to the warfighters in Iraq and Afghanistan under the Distributed Tactical Communications Systems program.

However, the radios function like a “walkie talkie,” where each user within a secure talk group can hear all the other members of that group. Only one user can talk at a time by pushing a button. “It is like the new CB [Citizen Band radio] of the Army,” said Andrews.

These radios have layers of security and are lightweight, said Aaron Chudosky, a representative of Solutions Development Corporation, who works with JNCC-A, C4 section on distributing and training Soldiers on the radios in Afghanistan. “Being a former Marine, I like that this is secure and I can take it with me everywhere.”

The one-pound, 6-inch antenna radios, use the 66 Iridium, low-orbiting satellite system to create a nearly seamless transfer of coverage, said Chudosky. “The satellites are always moving, so if you can’t reach one satellite, it is only a matter of a few minutes before you can get another one.”

When time is of essence, this fact can be critical in the combat environment of Afghanistan, said Chudosky. “In a firefight, you don’t have time to figure out where the satellites are. With the Iridium System, they come to you.”
This ability to get a signal faster is just one of the benefits though, said Chudosky. The radios are compatible with other military equipment and can be mounted in tactical vehicles, taken on patrols, set up in a Tactical Operations Center, and be used as a data modem for location tracking. “It’s tactical, it’s mobile, it’s lightweight, it’s secure, and it’s multipurpose.”

When this article was written, radio teams were under the direction of CW2 David Mauriello, JNCC-A Chief, HHC, 359th TTSB, with distribution of hundreds of these tactical radios to a variety of units throughout Afghanistan. As of June 15, 2010, more than 800 radios had been issued in Afghanistan as part of Phase 2 of the DTCS program, said Army Lt. Col. John H. Phillips, JNCC-A director, HHC, 359th TTSB. From Army security forces to Marine units to coalition forces, there has been a lot of positive feedback, said Andrews.

“With these radios, I can actually have a conversation, not just bits of one,” said an Army platoon sergeant with a security forces unit that is in the radio-fielding program. “Having voice communications with my TOC is invaluable,” said the platoon sergeant.

The capabilities of the fielded radios should take away some of the Taliban’s advantages in the mountainous area of Afghanistan, say a number of military leaders involved in the DTCS program.

Taking away any enemy advantages can only help a unit that is outside the wire, and that is the purpose of the program, said Chudosky. “We are supplying a means of reliable communications to the war fighters in the harshest of terrains, and that can only help save lives.”