Satellite communications (SATCOM) have been an essential part of defense and security missions for at least 30 years, since dishes first mushroomed and secure satellites first overflowed with traffic on and over the battlefields of Operation Desert Storm in Iraq, in 1991.

Thirty years later, satellites are only becoming more necessary. Apart from the technology having become so much more powerful and user-friendly, the security environment itself requires far better communications. 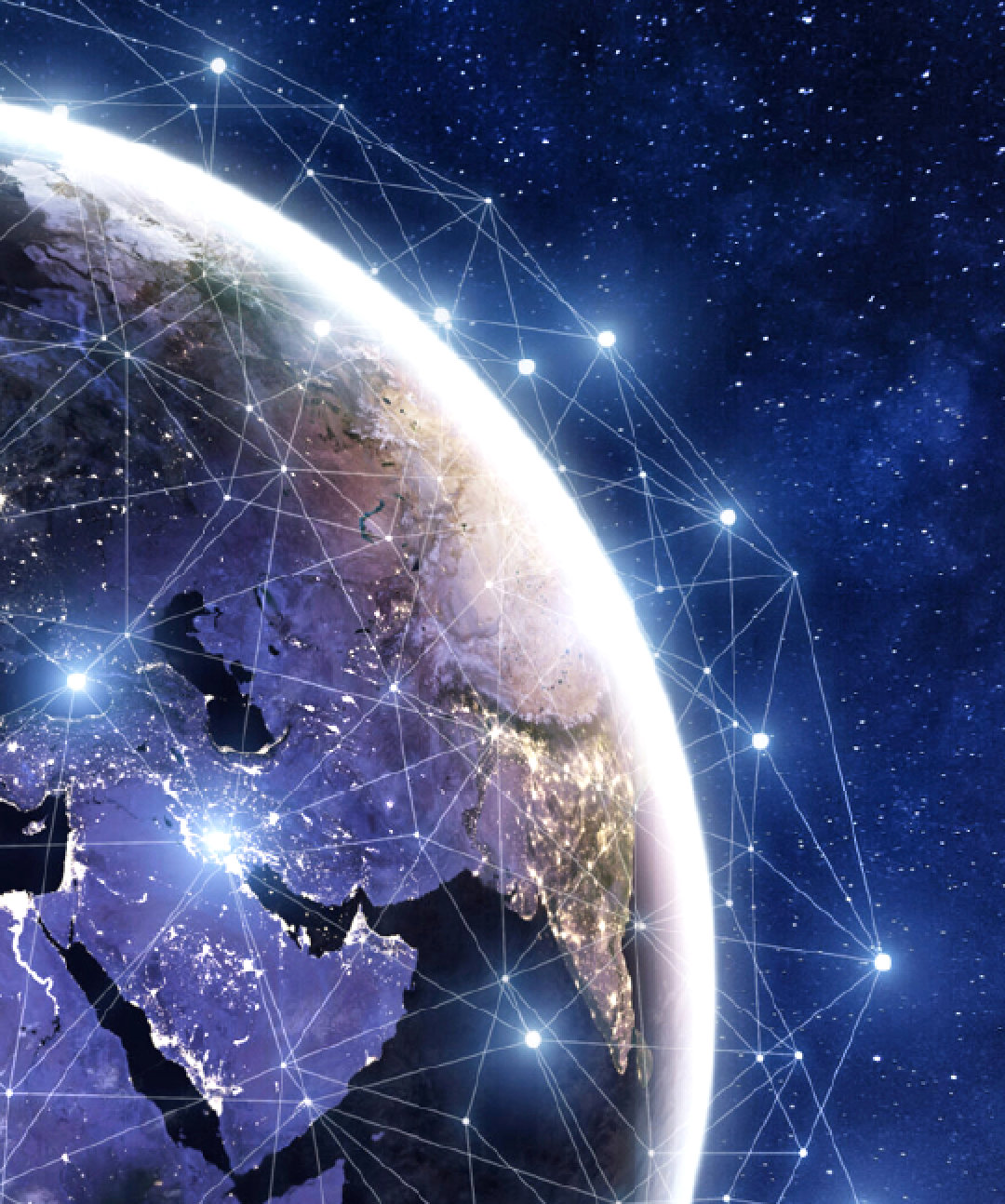 High-performance air defense missiles proliferate, making it increasingly hazardous to send fighter pilots or bomber crews on missions. A multitude of counter-drone systems are also being fielded to shut the door on UAVs.

This is a deep change: Air superiority has been essential in recent theaters, where (to simplify) one side had fighter-bombers and combat drones, and the other side was powerless to stop them. The all-seeing eye of UAVs, and the real-time intelligence and surveillance they deliver, have assumed such importance that the new strategic concept of information superiority emerged in parallel — knowing so much about the situation, and keeping all dispersed elements so much on the same page, as to be unbeatable by a foe still lost in the old-style “fog of war.” The later has not quite become an element of the past, but knowledge really is power. 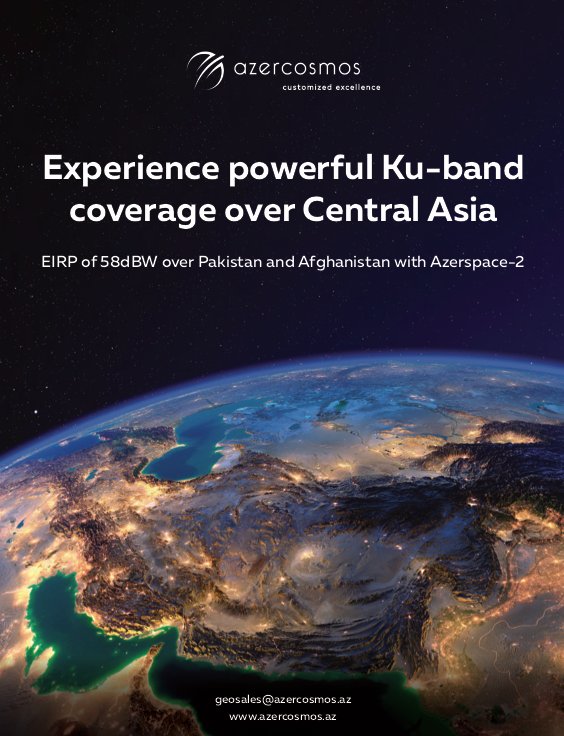 Reliable, uninterrupted communications are, of course, a key ingredient in providing information superiority.

Armed forces around the world retain a steady interest in airpower in general, and in UAVs in particular. If anything, the latter are getting better and better connected, as satellite links, previously a luxury reserved for the very largest platforms, can now be fitted on smaller and cheaper aircraft — a useful development, if the latter are getting more likely to be shot down or are to benefit a broader range of missions.

However a world with more denied airspace might also be one with more stand-off weapons, sent from planes or ships at a safe distance that are hundreds of kilometers away. These require even better co-ordination, enhanced decision making, all based on more timely intelligence, given the risks of striking an objective without actually having eyes on the target.

Meanwhile, public opinion is observing and commenting on social media and may be worked upon by increasingly astute, information warfare operators. The commander- in-chief may still order a strike in secret; however, the commando’s movements, the strike itself, and any collateral damage, may be publicized and may have to be dealt with in near real time.

The stakes are only increasing if near-peer conflict scenarios (think U.S. versus China) become more likely, as defense planning now tends to assume. The plane or helicopter that carries the commando may no longer be on its own but must stay in the loop, receiving the latest intelligence, updating the mission plan until the last minute, reporting in detail on what happened or didn’t happen before disinformation can flow, and leaving open the possibility of a recall if objectives have changed.

Finally, the very definition of national security is evolving, as dealing with terrorism and natural disasters are becoming part of the military mission. This also makes it necessary for police and firefighters to deploy some of the highly efficient and secure logistics, intelligence and communication systems that previously had only been the preserve of the military.

Cyclones shut down cellular networks, police radios may be jammed and a large wildfire can move as fast and as treacherously as any battlefield. Satellites fly high over all of these elements and carry on with their missions.

From the standpoint of communications these megatrends all point in the same direction: Secure, highly reliable and deployable communications are no longer a luxury or an arcane toy for some specialist Signal Corps to keep in stock for special occasions. They are now as integral and indispensable to operations as boots and bullets (or firehoses).

The satellite industry has long received the message and churns out ever smaller, more tactical, easier-to- deploy and powerful user equipment, with touchscreens and apps instead of toggle switches, antennas that fit in a backpack and transmit from a helicopter in flight or from a storm-tossed patrol boat, and modems efficient enough for hand-carried equipment to receive surveillance imagery in full, high-definition glory.

Satellite imagery is becoming less expensive and ubiquitous and flows from observation systems that have been designed for fast and seamless communication, unimpeded, to hand-held devices. The satellites themselves can stand up beams and dodge jammers with more agility than ever before experienced.

Their commercial operators and service providers are deploying a full array of secure cloud solutions to make the communication loop flexible and painless. Most operators have the security clearances and procedures in place to work with the military. While this may not be tough enough for all circumstances or against the most sophisticated adversaries, such has proven sufficient for the vast majority of missions, up to and including meeting the fairly sensitive requirements of surveillance feeds from UAVs.

In Europe, a continent now on the cutting edge of satellite technology, the European Defense Agency (EDA) has established a single-window procurement system to help the EU Member States navigate to the correct commercial equipment and bandwidth, amid the vast choice of products which the industry now has on offer.

The customers in this case encompass the countries’ military forces, the civilian and military personnel they deploy abroad in peacekeeping missions under the EU’s Common Security and Defence Policy, but also border police, firefighters and embassies, a modern view of the security community which surely deserves emulation elsewhere.

In France and Italy, critical infrastructure operators such as electrical utilities also have access to secure terminals and capacity in full recognition of the role these civilian organizations play in national security. A separate EDA program, Govsatcom, is under development to also provide access to government-owned satellites for the missions that require even more secure communications than the commercial systems can currently provide.

Whether the world’s ministries of defense know and appreciate all this is less clear. Historically, SATCOM has been the high-end, expensive option, fit only for the biggest command tents and capital ships and associated with heavy terminals that require massive cargo planes, containers full of cables, trained technicians, noisy generators, communication circuits that had to be planned days in advance and barely allowed for a phone connection.

Line-of-sight radios were clearly the common man’s solution, for all their limitations. Satellites were billion- dollar items whose cost had to be traded off against that of ships, planes and munitions — a vision that is no longer so accurate— unfortunately, the media focuses on “multi- billion-dollar” internet constellations and that discourse is not helping to dispel such inaccurate considerations.

These misconceptions are becoming more dangerous. A defense force whose naval communication systems lags years behind that of passing cruise ships, or whose sensor-fusion specialists push toggle switches when the TV station down the road has automated workflows, needs to move out of the ivory tower and update itself — otherwise, they are at risk of some extremely negative surprises (even the U.S. Air Force found on occasion how much the organization had to learn from HBO and ESPN, as it struggled with the video streams with its drones and discovered the joys of multichannel playout in the mid-2000s).

A closer dialogue between industry and government and between the gray suits (or the T-shirts) and the uniforms, must be encouraged and pushed together from both sides of the equation. The industry, which tends to sell to ministers, generals and acquisition agencies, cannot force its way to the sergeants and the corporals who really need those crucial wares — the time has definitely arrived for them to also obtain the use of the absolutely critical SATCOM technologies to support their front-line needs.
www.euroconsult-ec.com

Author Stéphane Chenard has more than 25 years experience in the satellite industry. He handles numerous consulting assignments to assess the market for future satellite application and evaluate investment risk and business plans for a wide variety of clients, and is a major contributor to Eurconsult’s research reports.