Just as in any line of work, effective communication is a must within the military. However, unlike most work scenarios, soldiers’ ability to communicate effectively can be a matter of life and death. They must be able to relay timely messages through a secure network in order to ensure safety and success. 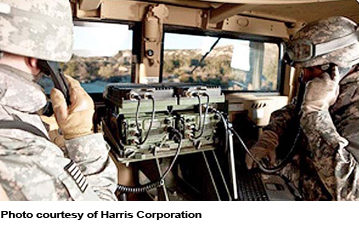 While consumer technologies such as cell phones and computers seemingly advance every day, military communication has been moving at a much slower pace. With a more drawn out design cycle and approval process, not to mention information security concerns, military radios and accessories are still evolving, at a pace that is much slower than smart phones and tablet PCs. However, recent advancements in information security and the adaptation of a more commercial business model within the U.S. Department of Defense (DoD), procurement has allowed advanced technologies to be received into the hands of soldiers faster than ever before.

As smart phones and tablet PCs continue to impact the next generation of tech-savvy soldiers, the DoD is working to bring these new technologies into their missions. In previous years, narrow-band radios limited the effectiveness of voice and data sharing — new wideband networks are now allowing all military personnel to see and hear the same information, giving them a clearer picture of what is going on around them. Advanced tactical radios, such as the Harris AN/PRC-117G, provide mobile ad-hoc networked data capabilities down to the soldier level, delivering mission-critical data in the field.

As these smarter technologies develop, radio accessories are playing an important role in how networked data is shared by various types of military personnel. Different branches and units within the military have their own user-specific needs, creating a wide-variety of accessory options for use with tactical radios. This allows each solider to carry what they need, leaving unnecessary tools aside.

The range of add-ons can be vast — from GPS and soldier-worn cameras to more advanced accessories such as biometric sensors that monitor a soldier’s health, or a live UAV feed, viewable via a pair of glasses or even on a wristwatch. With the proper additions, these radios essentially become “wearable computers”, allowing for even easier, lighter and more mobile access to information.

When can we expect these ideas to become reality? It is closer than you think. Accessories such as Android-based tablets are making their way into units throughout the military. The adoption of more consumer-like accessories has the potential to keep soldiers more informed as well as safer. As soldiers will be familiar with how to operate these devices, such as smart phones, there is a smaller learning curve and less risk for user error. Prototypes are now being unveiled and we could see these more advanced communication methods being tested in the field as early as late summer.

One major concern in recent years has been the exposure of such fragile components to extreme weather environments and terrain — two consistent realities of military life. Designing for rugged environments while keeping up with the latest in technology and user interface simplicity can often be a challenge for defense product development teams. With the recent introduction of the first Android based handsets that match military specifications, such worry is a thing of the past. Newer devices that conform to rigorous government standards combine the tough materials that soldiers rely on with the sleek form factor that they’ve never experienced before with DoD procured equipment.

Leveraging the Android based platform to bring these capabilities to fruition results in an extremely powerful, technologically advanced system. The U.S. military’s embrace of Android has given developers the tools necessary to make applications useful for soldiers, intuitive in stressful situations, and inventive when compared with previous approaches. In the past, most soldiers were stuck with a multitude of devices, each for a separate function. Now they can combine them all into a single unit that fits neatly into their uniforms. The open-standard interface facilitates customizable options and future upgradability through the use of applications and functionality. The result: Information dominance on the battlefield.

Often, accessories are device specific due to the complexity and engineering integration efforts. As development progresses, and more open standard platforms such as Android are used, these information enhancing accessories will continue to enable future capabilities. The military radio will continue to lead the way in in-field defense communications. It’s now up to product designers to find ways to expand the radio’s capabilities, making the life of a soldier not only easier, but safer.

About the author
Jaime Rubscha is Practice Lead for Defense Programs at Product Development Technologies (PDT). Jaime joined the PDT Defense Programs team in November 2010. Most of Jaime’s career was spent as a Product Manager for Harris RF Communications, where she was responsible for product line management of the Falcon III manpack software defined tactical radios for both the U.S. Department of Defense and International Government customers. Prior to working in product management, Jaime worked on the Joint Tactical Radio System (JTRS) programs as an electrical engineer. Jaime also gained valuable systems integration experience at TeleCommunication Systems. Jaime was selected for an Engineering Student Internship at BMW in Germany where she generated code and test simulations for the BMW 7 series integration of a fuel cell auxiliary power unit. She holds a Master of Business Administration from the University of Rochester with concentrations in Marketing, Competitive & Organizational Strategy, and Entrepreneurship, and a Bachelor of Science in Electrical Engineering from The Pennsylvania State University.