The United States military is most effective and successful when it can accomplish missions that ensure the security of the country and its people while sustaining as few casualties to American service personnel as possible—this is the reason that Unmanned Aerial Vehicles (UAVs) are so widely used in the military today.

The United States military owns thousands of UAVs. This includes UAVs manufactured by General Atomics, such as the Predator, Grey Eagle and Reaper.

One element all of these UAVs have in common is the ability to conduct tactical military operations in theater without exposing American military personnel to danger. Another common thread is a need to be connected to a remote pilot—something that’s accomplished in many instances through commercial satellite communications (COMSATCOM).

Since WiFi or line-of-sight communications aren’t available, or simply won’t work for piloting and transmitting the data from UAVs (for obvious reasons), satellite is the best and most effective option. As sensor performance improves and customer requirements increase, transmission rates for UAV data is rapidly growing, driving up the amount of satellite bandwidth being consumed as well as the cost for these communications.

However, with a new generation of satellites being launched, the military could be poised to more effectively meet the growing data transmission requirements of the UAVs at an even lower cost than what is available today.

The next generation of satellites—known as High Throughput Satellites (HTS)—use tens to hundreds of small spot beams instead of the one large coverage beam of traditional geosynchronous (GEO) satellites. While these HTS beams are smaller in coverage area, they are grouped together to cover large areas, and each smaller beam delivers significant benefits over traditional GEO satellites. 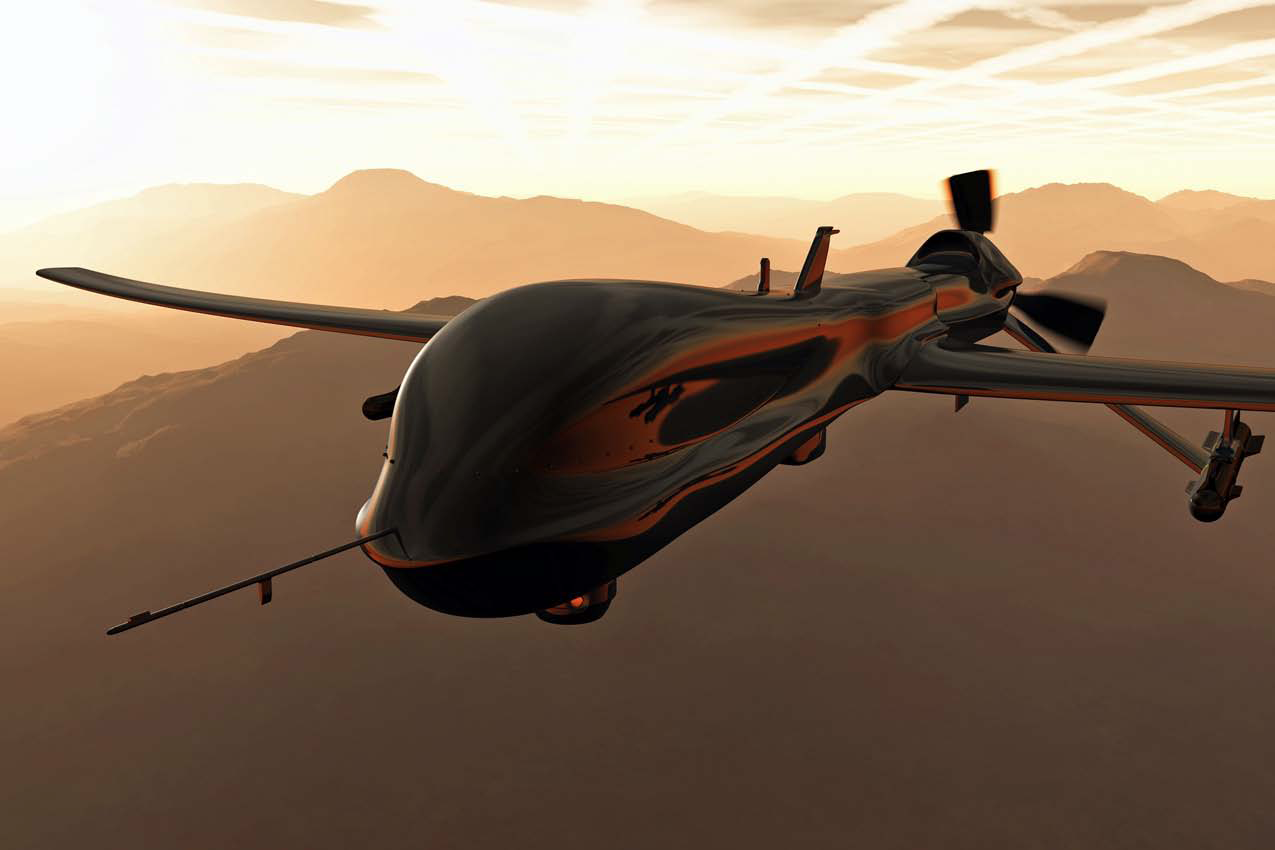 This new technology enables frequency reuse and thus higher capacity for the satellite. This is a more efficient use of spectrum and increases the number of users per satellite. That, in turn, reduces the cost per bit for the COMSATCOM operator and effectively slashes the cost to enable the communications between a UAV and the unit’s operator.

Cost efficiency is essential for these missions for several reasons.

First, the federal government is seeking ways to save money whenever and wherever such can be accomplished, all due to shrinking budgets. This savings can be reinvested into the UAV programs and missions to effectively deliver increased performance without an increase in cost.

This means that, for the same budget, the military can receive higher quality video and images and more accurate intelligence, which can enable better and more informed decisions.

Secondly there’s the issue with security. As many of the speakers at the SatCon Conference shared—including Lt. Gen. John “Jay” Raymond—space is no longer an uncontested environment. There are many threats to satellites and to satellite communications that can drastically impact the military’s ability to conduct operations and even threaten UAV missions.

Luckily, HTS satellites can assist in this area.

HTS satellites, by their very nature, are more resilient. Instead of a jamming single satellite beam, there are many separate beams that need to be jammed—not such an easy task. Also, jamming needs to be done from within a beam’s coverage area, which is only a few hundred kilometers wide for an HTS satellite.

Jamming a beam is much easier to accomplish when the coverage area includes 10 to 20 countries instead of a half of a country. With HTS satellites, being in the coverage area effectively means that bad actors looking to jam the communication will be geographically close to military forces.

Another advanced feature of many HTS satellites is a digital signal processor that replaces the waveguides and RF switches of older satellite designs. This processor is often called a Channelizer or a Digital Transparent Processor (DTP). This technology enables HTS satellites to quickly and effectively reconfigure the satellite to meet customer demands, to nullify jamming signals through nulling of the interfering signal or to quickly relocate the operational users to other frequencies.

With their ability to operate more effectively, efficiently and securely, HTS satellites are clearly the future for UAV operations. Unfortunately, current UAVs are not designed to take advantage of HTS satellite features. However, this enabling technology is advancing rapidly and it won’t be long before the military is able to take advantage of these new communication capabilities. 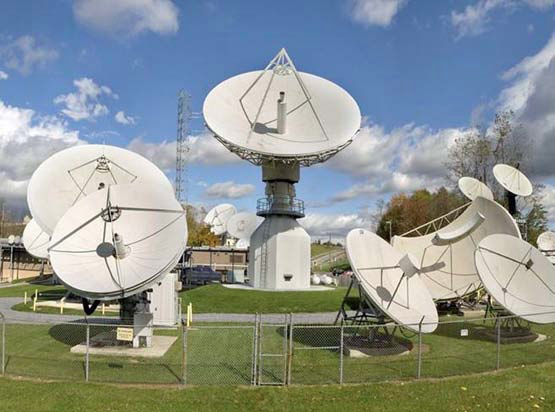 As discussed earlier, HTS satellites don’t use large, single beams that cover significant geographic areas. Instead, they use multiple spot beams that are smaller in coverage area and overlap slightly with one another to form a continuous coverage area. As the beams overlap, each beam needs to use a different frequency or polarization to prevent interference with the adjacent beams.

As ISR platforms, manned or unmanned, cover great distances in a single mission, they travel through several HTS beams. As ISR platforms move from beam to beam, they must change frequencies or polarization. This creates a challenge for today’s UAVs, as they are not outfitted with modern SATCOM equipment that enables them to do this.

Many of the UAVs that make up the military’s current fleet were procured a decade or more ago with SATCOM equipment optimized for wide area coverage beams. At the time, there was no need to change SATCOM frequency or polarization in flight. As a result, today’s UAVs simply are not capable of switching from spot beam to spot beam and cannot take advantage of the efficient and resilient capabilities of HTS.

Although not a simple or inexpensive fix, upgrades can be applied to existing UAV fleets in order for them to work with HTS. To accomplish this capability, modems aboard UAVs and their associated ground systems can be upgraded to today’s advanced, frequency agile, terminals.

Unfortunately, the military has yet to pull the trigger on upgrading their UAV fleet to embrace this cost saving, higher efficiency satellite technology. This delay limits their ability to take advantage of the improved performance and higher value HTS capabilities offer.

With HTS coming online, the increasing need for high-performance UAVs, in combination with the challenged government fiscal environment, now is the time for the military to take the first steps towards embracing HTS for UAV missions. Thankfully, this is a process that can be done incrementally, over time.

HTS that are coming online today for COMSATCOM operators are hybrid satellites that offer both traditional GEO wide-area coverage and HTS spot beams. This ensures that traditional GEO satellite connectivity will be available for UAV missions as the upgrade process occurs, while providing flexibility to the military moving forward.

For additional details on the differences between traditional GEO satellites and HTS, and to learn more about the use cases for HTS in the federal government, download the HTS briefing entitled, “High Throughput Satellites for U.S. Government Applications” at this direct link:
ses-gs.com/govsat/resources/high-throughput-satellites-u-s-government-applications/ 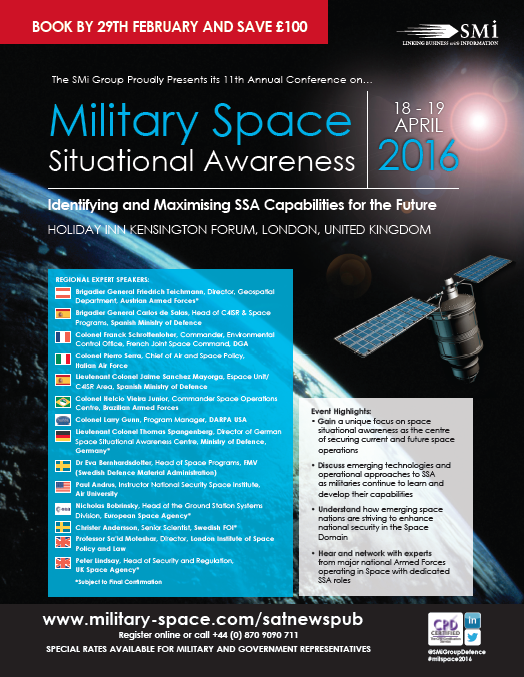