The combination of shrinking government budgets, increasing scrutiny of cost and schedule overruns, and the need to rapidly deliver new operational missions—as well as the replacement and augmentation of current systems—is creating a “perfect storm” in the form of demands for a different approach to delivering reliable in-orbit operations and end-user applications. 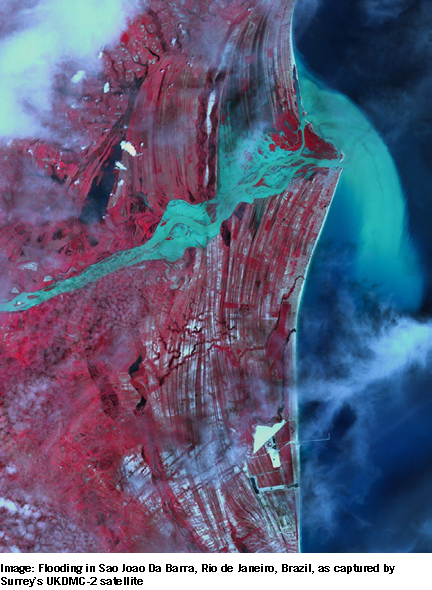 In addition to the traditional government sectors, the commercial and entrepreneurial environment requires cost-effective space and ground-based assets and innovative business models to ensure a rapid return on investment. Small satellites can more than meet these market challenges.

Small Satellites: Many Pluses
Small satellites are acknowledged for occupying a well-established niche for science, technology demonstration, and Earth observation missions. Additionally, as their utility grows, they are increasingly being baselined as solutions for MaG (Military and Government) operational and commercial applications.

Customers are signing up for missions with established small satellite vendors to take advantage of a wide range of cost and schedule benefits. While there will always be an enduring need for satellites whose challenging mission requirements demand a highly customized solution, most missions do not need to carry the high level of cost and schedule risk and mission assurance paperwork associated with these types of programs.

Small satellite development and delivery programs typically span less than 24 months from kickoff to launch readiness, enabling a rapid exploitation of data; and because of the short timeline of small satellite projects, customers benefit from the latest enhancements to proven heritage spacecraft technology.

Use of commercial off-the-shelf (COTS) technologies and processes, which are generally more readily available and have been proven to be robust and reliable in high-volume terrestrial applications, also leads to reduced mission cost, schedule, and risk. 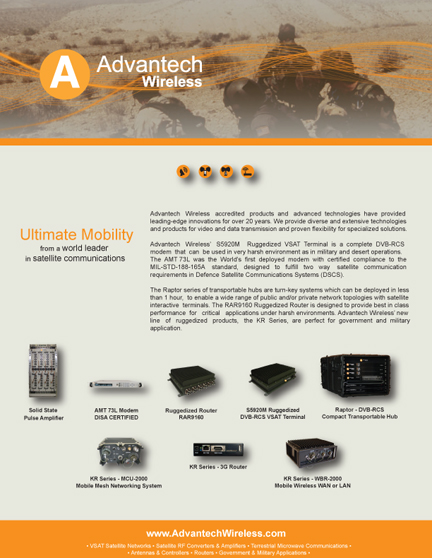 Smaller satellites are generally dedicated to fewer tasks. This means any required developments can be more focused. The high complexity of mission requirements is an issue that frequently stalls the progress of larger missions which are expected to satisfy many competing and often conflicting demands.

Launch costs of small satellites are naturally lower than those of large satellites due to the smaller spacecraft size and mass. Also, small spacecraft that have been designed to be compatible with a range of launchers are able to readily take advantage of opportunistic “piggyback” launch capacity. Multiple small spacecraft can also be manifested on a single launch to accelerate a system’s operational status and coverage, and once on-orbit, autonomous spacecraft reduce operational costs by eliminating the need for 24/7 manned support.

Continuity + Assurance
One area in which small satellites are ready to make an immediate impact is in the replenishment of aging remote sensing satellites. The anticipated failure of key U.S. weather satellites—such as those used to track and forecast the progress of last October’s Hurricane Sandy—and the slipping launch dates of replacement polar-orbiting environmental spacecraft, such as LDCM and JPSS-1, mean there will be coverage gaps that could be readily filled by small satellites which are already able to provide Landsat-like imagery.

These small satellites are significantly quicker to implement and offer price points in the region of $15 million for a Surrey DMC mission—and will be certainly far easier to finance. 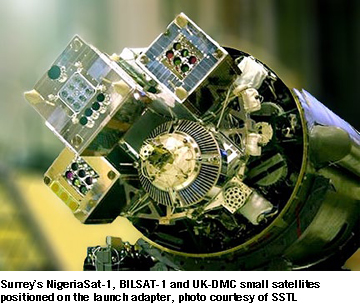 On the one hand, while this helps to stimulate data use and grow the imagery customer base, the cost of the Landsat program cannot be ignored—since the first Landsat was launched in 1972, $5 to $10 billion has gone toward its development and maintenance. Since then, before free access became a reality, various initiatives to commercialize the system saw the price per scene range from $200 for multispectral images to $4,000 for thematic mapper images. These prices were prohibitive for nations whose needs for such data may have been perceived to be the most critical, while only generating $5 to $10 million in annual revenues.

There are more financing demands on the horizon for Earth observation programs in the form of replacement spacecraft, data storage facilities, global transmission infrastructure, the creation of data processing and analysis tools, and the training of the talent and expertise required to manage the increasingly complex architecture.

Dr. John Paffett, CEO of Surrey Satellite Technology US (SST-US), part of the larger Surrey Satellite group of companies (Surrey), said that while the industry acknowledges the global benefits of making Landsat data available and accessible worldwide, he firmly believes that there is “no such thing as a free lunch.”

He said that a lower-cost infrastructure will ensure the long-term viability of the data capture and provision supply chain. A sustainable business model is also essential to encourage more commercial firms, whose business models rely on the ability to provide time- and location-specific data “on demand,” to follow the lead of companies such as RapidEye AG, whose 5-satellite, 5-meter resolution agri-intelligence constellation was built by Surrey. 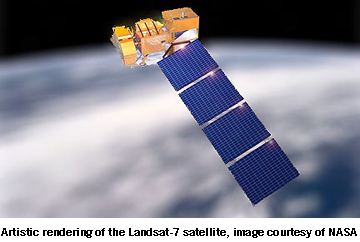 Safety In Numbers
The low cost of small satellites, the ability to do more for less mass, and the economies of scale that can be achieved when building repeat bus designs make them highly suitable for constellation applications that can provide higher performance at a lower total cost than a single large spacecraft.

Constellations of lower-cost small satellites can surpass the services currently being provided by single large satellites by providing faster revisit times, greater data generation and delivery, as well as providing redundancy at the constellation level and continuity of service. Rapid rebuild times also allow for swift replacement of end-of-life spacecraft. 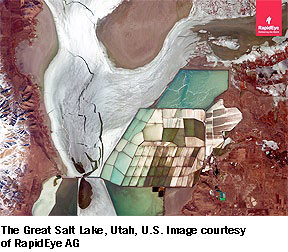 Surrey’s Recipe
Surrey differentiates itself from other small satellite manufacturers with its unique small satellite approach. For Surrey, the “small satellite” label applies to the size of the spacecraft produced as well as the philosophy and approach that permeate through all aspects of the mission. Surrey’s solutions encompass the design and manufacturing processes through to the organizational and management structures and the costing approaches applied consistently for all products and solutions, whether for the delivery of a satellite subsystem, a satellite bus, a turnkey single or multiple satellite mission, or a know-how transfer and training program.

Over the past 30 years and 39 satellites launched for a wide range of customers and end-user applications, Surrey’s success has been built on a handful of “common-sense” factors. 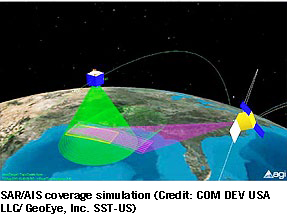 The combination of a vertically integrated organization and the reduction of top-level mission requirements to the core objectives allows flexibility of trades and margins across the satellite system as a whole and minimizes the contractual interfaces and associated management overheads.

A “one-size-fits-all” approach to data and electrical interfaces sounds like a good idea—in principle—however, sounds like a good idea in principle, but just ends up building in unnecessary complexity, cost, and schedule risks into the bus design. Surrey’s approach is to maintain the baseline bus architecture and either use payload interface units to ensure compatibility between bus and payload, or work with the customer to incorporate interface changes early on in the design process.

Surrey’s “heritage baseline” approach allows for a balanced blend of low-risk, space-qualified designs to fly alongside newer developments, and use of dual-redundant avionics for critical systems, rather than a single, complex high-reliability unit, is a lower-cost and proven approach to providing in-orbit reliability and risk reduction. 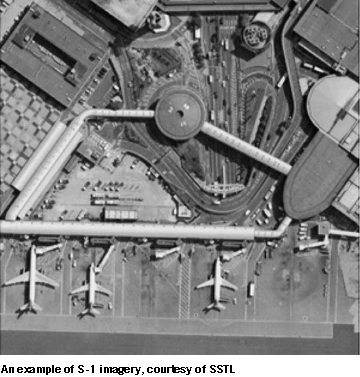 Surrey’s rapid and regular launch schedule and low staff turnover allow engineers to follow the end-to-end mission process in several months rather many years, enabling the specialist knowledge and experience base in the organization to be maintained and transferred throughout the product and project teams.

Quality is the responsibility of the whole Surrey organization and is not isolated to just one department—quality, performance verification, and mission assurance form integrated functions throughout the project and technical matrix.

About Surrey
Since the 1980s, Surrey has been the world’s leading developer of small satellite technologies and applications and from the early 1990s in particular, has leveraged rapid advances in bus and payload technology to reduce the costs for delivering reliable, high-performance solutions within short timescales. Surrey’s new “leapfrog technology” developments in high-resolution optics and sensors and in more efficient and agile bus avionics are being implemented on-board some of the latest systems to provide high-quality Earth observation imagery at a fraction of the price of previous systems. Examples include a constellation of three S-1 spacecraft delivering sub-meter imagery for a total of $160 million including launch and insurance; the agile SSTL-300-based NigeriaSat-2 providing 2.5-meter imagery for under $30 million; and the wide-area SSTL-100-based “always on” Earthmapper satellite providing global land coverage in five days for $7.5 million per spacecraft. Surrey’s 6-meter-resolution, all-weather, day-and-night NovaSAR system offers a market-leading swath-resolution-price solution that outperforms existing SAR systems.

Rapid evolution of heritage bus technologies are also supporting the delivery of low-latency AIS data at an unrivaled quality, as is being demonstrated by exactEarth’s Surrey-built MDA satellite, exactView-1 (EV-1). 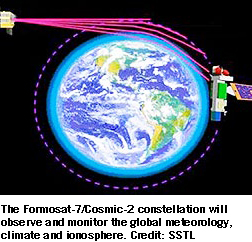 In addition to these, Surrey’s low-risk heritage bus avionics are an important element of the space assets being developed for the FORMOSAT-7/COSMIC-2 program. This program is a joint Taiwanese–U.S. collaboration that will see the launch of a 12-spacecraft constellation to provide atmospheric data for regional and global meteorology and climate forecasting for an international customer base, including NSPO/NARL, NOAA, and the U.S. Air Force.

This mission is the latest in a series of GNSS and weather programs that Surrey is supporting, following on from the 22 GNSS payloads being manufactured by Surrey for the European Galileo constellation, and the 8 SGR-ReSI radio occultation payloads being developed for NASA’s Earth Venture-2 (EV-2) CYGNSS hurricane monitoring and prediction constellation.

Surrey Satellite Technology US LLC was established in 2008 to address the needs of the U.S. market and its customers for the provision of small satellite solutions, applications, and services. SST-US is stimulating the space industry’s awareness, acceptance, and implementation of innovative models for delivering the immediate and future requirements of government, commercial, and entrepreneurial systems. 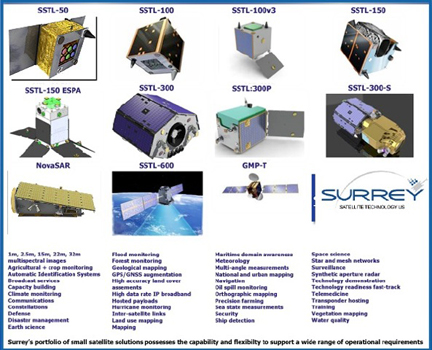