The World ATM Congress, held in Madrid in March of this year, was a showcase for the latest air-traffic-management (ATM) advances, both in the civil and military field.

Among them, the Spanish technology multinational GMV has developed for the Spanish Ministry of Defense (MoD) the ground segment systems for capturing, storing and distributing information from the unmanned aerial vehicles MQ-9 Predator B, to be used from this year onwards for Intelligence and Surveillance (ISR) missions.

Drones, notably, now have a growing world market value in the military sector. The latest ASD Reports, analyzing the markets of the United States, Europe, Asia and the Pacific, the Middle East and Latin America, places the current value at more than seven billion euros.

The first two drones and the two ground control stations will be received this coming summer; the third drone will arrive at the end of 2019 and the fourth and last in 2020.

The MQ-9 Predator drones were selected by the Spanish MoD as they are already in operation in other NATO countries such as the UK, France, Italy and the Netherlands; that incorporation by those nations will make it easier to train pilots and share equipment on international missions, as the need arises.

Unlike the many tactical RPASs currently flown by the Ministry of Defense, these four new vehicles are the first of the strategic type.

The MQ-9 Predator B will be supporting permanent missions on national territory, such as strategic monitoring in the areas of intelligence, surveillance and maritime security or defense, aerial operations, humanitarian crises, border control and surveillance, firefighting, the fight against terrorism and organized crime, and so on.

The MQ-9 Predator B drones are 11 meters long with a wingspan of 20 meters; they can reach a speed of 444 kph.; their service ceiling is 15 kms. and they can operate 24 hours a day, seven days a week, without being seen from Earth, transmitting information in real time.

The MQ-9 Predator B carries no air-to-ground missiles. These capacities will be covered by the Euromale system, a European, long-endurance, remotely piloted aircraft project that involves Germany, Italy, France and Spain.

Ricardo Sáenz Amandi, GMV’s Defense & Security Programs Manager, explained how the MQ-9 Predator B drones will work as an unmanned aerial system and their use calls for certain infrastructure: satellite communications and information equipment, ground control stations (GCS), electro-optical assemblies, radars, identification systems, a de-icing system and flight-collision avoidance systems, as well as specialists in intelligence and image analysis. The GCS has two posts wielding direct control over the aircraft: the pilot and sensor operator.

For the Directorate General of Armaments and Material (Dirección General de Armamento y Material: DGAM) of the Spanish MoD, GMV has developed the ground segment systems in charge of capturing, storing and distributing information from unmanned aircraft used on surveillance and intelligence missions.

These systems, known as Coalition Shared Databases (CSDs), receive images, real-time videos plus radar tracks and GMTI tracks and enable all this information to be distributed in real time to the armed force’s intelligence and surveillance centers.

The solution developed by GMV, going under the name of CSD-SIERRA, is now in service with the Spanish MoD and NATO’s intelligence centers.

The CSD-SIERRA systems are compliant with all NATO interoperability standards and have been validated on several multinational exercises with multi-vendor UAVs, including those with the highest performance features, such as Global Hawk.

To prepare for the arrival in Spain of the first MQ-9 Predator B drones, GMV has already rolled out part of the CSD-SIERRA system network, enabling information from these aircraft to be used by the armed force’s intelligence centers and distributed in real time to other surveillance and security support organizations.
www.gmv.com 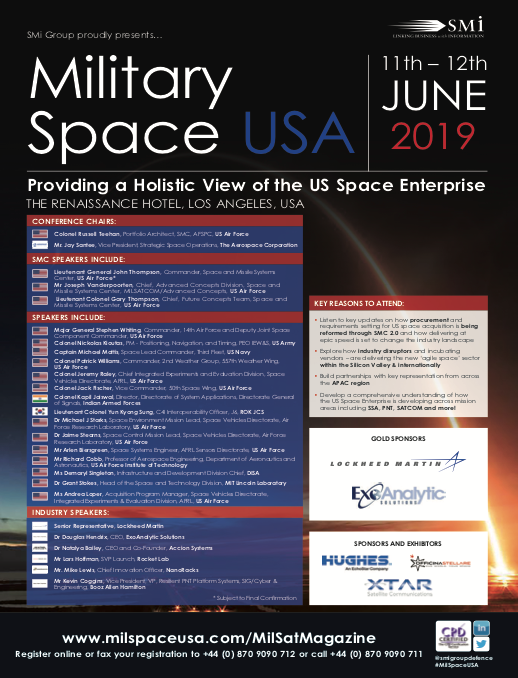