The U.S. Air Force’s Advanced Extremely High Frequency (AEHF) system is the nation’s next-generation military strategic and tactical relay system, which will deliver survivable, protected communications to U.S. forces and selected allies worldwide. When fully operational, the system will consist of four cross-linked satellites, a ground mission control center and user terminals. The AEHF system provides joint, interoperable, assured connectivity for warfighters in operations in all levels of conflict – a capability not available through other planned military communication networks. The satellite serves as a smart switchboard to establish, maintain, reconfigure and disassemble required communications circuits as directed by the users. The terminals will provide encrypted voice, data, teletype, or facsimile communications.” One key to the success of this communications satellite is the ability to provide reliable, high speed, secure, anti-jamming, survivable tactical communications capability. The AEHF beam-forming network (BFN) is at the heart of one of these on-board systems. 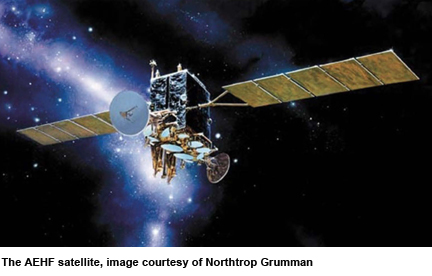 EMS Technologies, Defense & Space division, now a part of Honeywell, recently announced the award to build the AEHF BFN, nicknamed “nuller”, for the fourth AEHF satellite, under contract to Northrop Grumman. The satellite is under contract to Lockheed Martin, the AEHF prime contractor and overall space system manager. Northrop Grumman builds and integrates the AEHF payload that consists of processors, antennas, radio frequency subsystems and crosslinks. The first satellite is on orbit, launched 14 Oct 2010, and is due to come online in the fall of 2011.

The AEHF satellites build on the capabilities of the Milstar satellites, and are interoperable with those communication systems, providing ten times the data throughput of the Milstar satellites. AEHF provides the Milstar LDR (low data rate) and MDR (medium data rate) waveforms as well as the new AEHF XDR (extreme data rate) waveforms. “AEHF protections included anti-jam capabilities, Low Probability of Detection (LPD), a Low Probability of Intercept (LPI), and advanced encryption systems. In addition, the waveforms use frequency hopping to communicate over narrow bands that constantly move within the total bandwidth of the system. 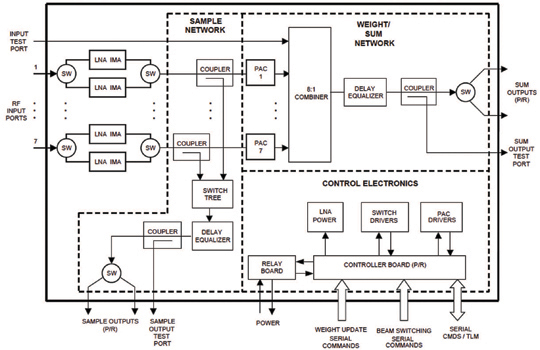 The AEHF BFN is a Q-band (EHF) uplink satellite RF receive network that is a part of the High Resolution Coverage Antenna system, providing two spot beams per satellite. The antenna normally receives signals from its entire field of view, but the BFN provides the capability to produce nulls, or areas where no signal is received, within its field of view. In operation, the AEHF BFN acts to null out jammers from the field of view, thus its nickname, the “nuller”. This is accomplished through multiple RF receive ports that overlap in the field of view and combine to provide the RF data stream. Each of the ports can be observed for the presence of a jamming signal. If jamming is present, a null can be formed to block that region of the field of view.

This nulling acts on RF microwaves like a sun visor acts to shield the eyes from the sun. Imagine that you are shielding your eye from the sun by holding a ping-pong ball at arm’s length so as to block the sun from your vision. Now imagine that the position and size of the ping-pong ball is automatically controlled so that it stays between your eye and the sun providing continuous blockage. The remainder of your field of view is not obscured allowing you to see everywhere except directly into the sun. This is analogous to the operation of the BFN in the presence of a jammer. An undesirable signal such as an enemy emitter can be blocked (nulled) so as to provide clear communication everywhere in the field of view except directly from the emitter. 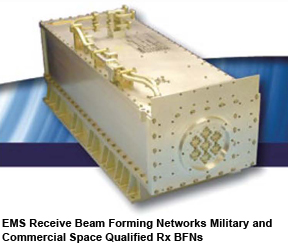 The nulling is accomplished by independently controlling the amplitude and phase of each of the overlapping RF ports. Samples of the RF signal are made at each of the multiple ports and these data are used to adjust the phase and amplitude of the multiple of the multiple channels to result in a rapidly converging excitation that minimizes the effects of a jammer and allows users to access the satellite. The size and shape of these nulls can be controlled real-time to compensate for various types of emitters.

The resultant signals from all ports are then combined to provide the RF data stream for further processing, demodulation and decoding. The system provides assured communications against both hostile interferers and friendly interfering sources.

The AEHF BFN is based on EMS Technologies’ design heritage that was initiated on the Milstar constellation where a similar BFN was developed and delivered in the mid 1990’s. The microwave section of the BFN is a waveguide system that consists of low-noise amplifiers (LNA’s), phase-amplitude controllers, RF switches, and power combiners. EMS’s precision ferrite phase shifters and switches are used to implement the RF control elements. The use of ferrite allows for low-loss RF processing of the signals to be performed, providing broadband beam forming control of the incoming signals. 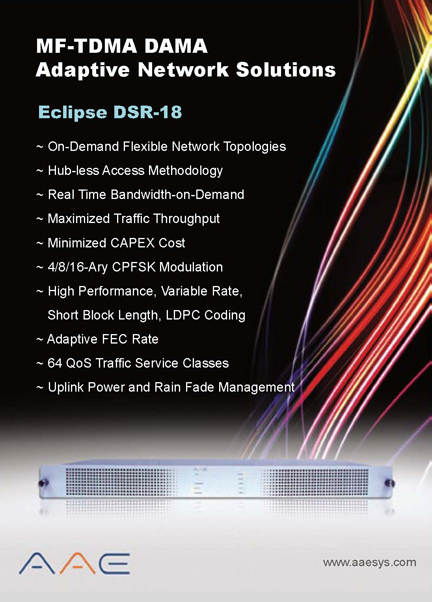 All of these elements are combined into a network that is controlled by electronics taking commands as inputs and translating to the particular desired configuration that is synchronized with the frequency hopping of the signal waveforms. The BFN employs redundancy to implement a highly reliable system.

EMS/Honeywell continues to develop the technology to provide systems that address the warfighter’s dependence on secure satellite-based communications. In addition, as hosted payloads augment the military’s telecommunications requirements, EMS’s advancements in the military use of beam forming network capabilities are being adapted for commercial communication and direct broadcast satellite applications.

The commercial BFN offers similar capabilities as the AEHF application, but without the sophisticated waveforms, enabling safeguards against jamming and unauthorized access. With the military leasing a large percentage of the worldwide SATCOM capacity, continuous and secure communications is imperative. In the highly competitive communications industry, commercial entities that cannot protect their communications link face the possibility of customers moving to other satellite providers or terrestrial applications.

About the Author
David Rhodes, a principal engineer within the Defense & Space Division of EMS Technologies, now a part of Honeywell, has worked over the past 20 years on Milstar satellite programs as well as AEHF satellite programs. Rhodes has designed electronics for microwave hardware for both satellite and terrestrial based systems. He also designed wireless computer equipment at LXE, a division of EMS Technologies, prior to joining the Defense and Space Division. After serving in the U.S. Navy, Rhodes began his electronics career at Bell Laboratories where he designed terminal equipment. 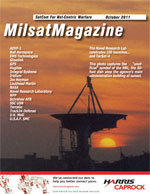