Unlike other aircraft, Unmanned Aerial Vehicles (UAVs) owe their entire existence to communications. 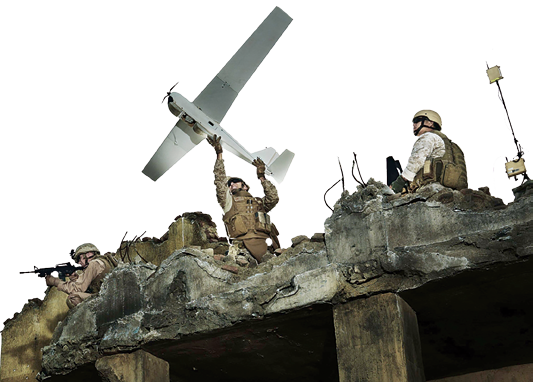 While it is certainly true that almost all aircraft have some form of communications capability, excluding a class of extremely sophisticated, completely autonomous vehicles, a UAV cannot operate—let alone perform—a useful mission without communications.

There are essentially two broad methods for enabling communications with a UAV. These include Line-Of-Sight (LOS) and Beyond-Line-Of-Sight (BOLS). With LOS, as the name implies, there should be no obstructions or physical blockages between the UAV and the ground station.

Enabling either of these UAV modes of communications can pose quite a challenge for a number of reasons. For both LOS and BOLS UAV modes, the physical size and power consumption of the communications package is of paramount importance.

A number of new field-programmable gate array (FPGA) and processor technologies have enabled substantial power reductions in satellite modems. Most notably, System-on-a-Chip (SoC) FPGA architectures in which the processor is embedded in the FPGA eliminate the need for a separate central processing unit (CPU). The integration of the CPU and FPGA greatly reduces power consumption and footprint and increases processing power.

Another consideration for UAV communications systems is the physical environment. In almost all cases, UAVs are unpressurized, with an operating ceiling in excess of 55,000 feet. This unpressurized environment makes heat dissipation quite problematic for Commercial-Off-The-Shelf (COTS) communications equipment. Furthermore, many COTS electronic components, including capacitors, are not designed to operate at low atmospheric pressures and can rupture. As such, purpose built transmission solutions are required. 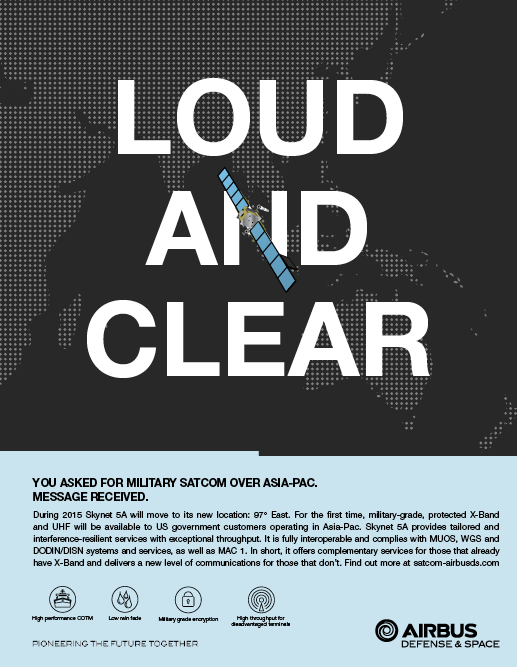 The LOS mode of communications has a number of advantages, with the greatest being the very high transmission rates which can be achieved using limited power and leveraging relatively compact antennas and low wattage transmitters. The obvious disadvantages of LOS communications include the constraints on the location of the receiving terminal and the accompanying limitation on the range of the UAV.

There are a number of important decisions to be made when enabling a UAV for BLOS communications. These decisions will be driven primarily by the mission requirements.

The mission will determine the transmission data rates needed, as well as the duration and range of the UAV flight path. The required data rates will drive a number of design parameters, most notably the choice of antenna.

Regardless of flight platform or satellite band chosen, one element is certain; there will be no one size fits all solution for BLOS communications, especially when an antenna selection must be made. As such, it is paramount that antenna and modem manufacturers leverage industry standards such as OpenAMIP or supply a protocol translator enabling a best of breed antenna solution.

As mentioned above, very high data rates can be achieved with little power, straightforward waveforms and relatively small antennas in LOS communications. The problem is much more complex if the mission requires BLOS.

The first is the simple link budget challenge. Ultra-small antennas limit the maximum return channel capacity that can be realized from a UAV. In addition, ultra-small antennas can lead to a phenomenon known as Adjacent Satellite Interference (ASI).

ASI can occur because the focus of these small antennas is not as sharp as larger antennas and this results in a greater amount of energy being dispersed over a wider area. This is especially true in the case when a commercial satellite band is used, particularly Ku-band whose orbits are separated by only two degrees.

The solution to this ASI problem is a waveform technology known as spread spectrum. Spread spectrum, as the name implies, spreads the waveform out, thus lowering the power density so the adjacent satellite interference is minimized. Unfortunately, spread spectrum is a rather inefficient use of bandwidth. If possible, leveraging X- or Ka-band will allow the use of ultra-small antennas without the need for spread spectrum, as satellites in these bands tend to be spaced further apart.

The advent of new, High Throughput Satellites (HTS) will fundamentally change the complexion of BLOS for UAVs. The worldwide coverage of HTS constellations will enable truly global missions.

The spot-beam architecture of HTS translates to greater power and more uniform beam contours which will allow higher transmission rates from smaller antennas. These satellite transmission power improvements will enable BLOS communications on a whole new class of catapult or even hand-launched UAVs.

Without a doubt, UAVs have become the fastest-growing market segment in the satellite industry. It has taken advancements in a number of adjacent industries to enable this very unique and challenging market segment.

Editor’s note: The image at the start of this article is courtesy of AeroVironment and pictures the company’s Puma AE (All Environment) UAS.