With its large population, diverse environment and unique geography, Los Angeles is a one-of-a-kind place that is not easily comparable to other cities. Yet just like other cities, it has its share of strengths and challenges — Los Angeles is the second most populous city in the U.S., with a population of more than 4 million. If you include the urban area of L.A. beyond the city limits, the population increases to more than 15 million, making it one of the largest urban areas in the world. To support its large population, L.A. is intertwined by a large road infrastructure of highways and freeways. The Texas Transportation Institute ranked its road traffic as the most congested in the U.S. in 2005. 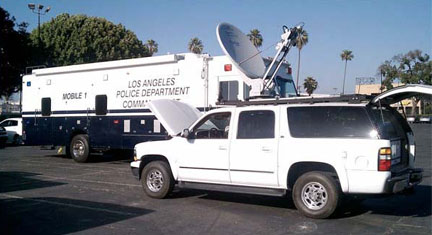 In addition to its traffic, L.A. is well known for its entertainment, including the development of movies, television, and music. It also boasts an impressive business environment, serving as a major economic force for the country. Then there are the earthquakes. L.A. is also well known for being a victim of this natural disaster, due to its location on the Pacific Ring of Fire. Unfortunately, the city also deals with other environmental issues that range from mud slides to forest fires, the latter having been highly publicized, including the recent Station Fire of 2009 that destroyed 209 structures. Needless to say, L.A. has a lot to offer, but like any place, it requires a strong force to keep the city safe and to protect its large population. One group that knows — first-hand — how to face this challenge is the Los Angeles Police Department (LAPD). 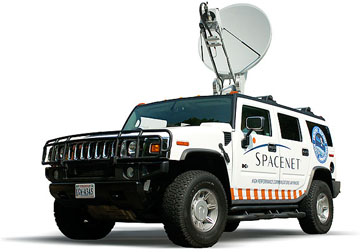 The LAPD has an important mission to safeguard the lives and property of the people it serves, to reduce the incidence and fear of crime, and to enhance public safety while working with the diverse communities to improve their quality of life. It is the third largest local law enforcement agency in the U.S. With just over 10,000 officers and more than 3,000 civilian staff, the LAPD covers an area of 498 square miles.
The LAPD has to be ready for virtually any situation as it deals with a myriad of incidents every day that range from traffic violations, to crowd control at world-class sporting events, to ensuring the safety of VIP personnel, to major emergency situations and disasters. A critical component to enable the agency to fulfill its mission and support its daily activities is ensuring access to reliable communications for its officers across the city. Without voice and data communications, a police department would be virtually paralyzed, unable to verify subject information while processing arrests, conducting routine traffic stops, responding to domestic disputes, or serving warrants.

To help it fulfill its mission, the LAPD sought to expand its mobile and emergency communications network through its transportable Incident Command Posts. LAPD determined that it needed a communications solution that could support its full range of requirements. The solution had to be comprehensive, reliable and cost-effective while ensuring access to converged data, voice fax, video and land mobile radio integration. The system needed to be mobile, independent of terrestrial networks and provide interoperability between state agencies during emergency situations — and it needed to be available all the time. 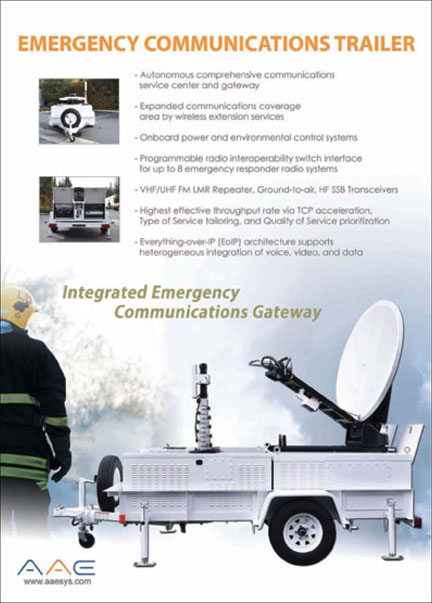 After researching its options, LAPD concluded that satellite would provide an ideal solution for its core network solution. Unlike other technologies, satellite networks completely bypass the local terrestrial infrastructure and provide a completely independent, wireless last-mile solution. In addition, satellite technology offers the benefit of mobility as well as ease and speed of deployment to provide instant communications and support for affected communities. Satellite networks are also easily maintained on an ongoing basis, and can be deployed for days or weeks at a time depending on the emergency situation.

To meet its full range of requirements, LAPD chose Spacenet’s satellite communications system. The system is integrated with Raytheon’s ACU-2000 IP interoperability system, which provides an SIP-based gateway to digitally converge existing radio systems with SIP telephones, networks, and devices, and with solutions from Rivada Networks, a provider of wireless, interoperable public safety communications networks. The system joins disparate communications systems that can be connected, monitored and controlled over an IP network and enables two-way radio users access to features that have traditionally been available only to telephone users. In addition, the distributed network design is intended to provide continuity of local operations in the event of network failure. LAPD started implementing its satellite network for its command posts in 2009 with the goal of providing a reliable communications outlet for big events and emergency situations across the city. LAPD worked with Spacenet, Raytheon and Rivada Networks to implement the comprehensive communications network, including satellite services and equipment, and support for Wi-Fi, WiMAX and full LMR integration.

The solution is based on Spacenet’s Emergency Communications Service (ECS) via satellite, which provides a cost-efficient pay-as-you-use service plan option, and Spacenet’s Connexstar S2 satellite service, which is based on the SkyEdge II VSAT platform. ECS is provided on a usage based model, enabling users to pay a low monthly standby fee and then only pay for the service when they actually need it during emergency situations. It provides dedicated bandwidth and service level agreements for a high-quality and reliable solution.

Key to the innovative on-demand and always available service is the ability to support Land Mobile Radio and voice and fax lines connected to the PSTN. Also, the satellite service is used to connect the Wi-Fi (which is used to support smart phones) and WiMAX services for multiple command posts. WiMAX antennas are meshed with the Incident Command Posts enabling the LAPD to share its resources across the satellite network, providing improved efficiencies. 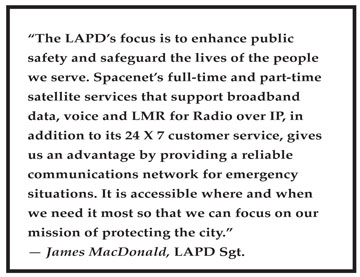 Since the implementation of this system, LAPD’s Command Posts and Suburban vehicles have been used to support multiple events across the city for real-time deployments and have served as the main communications network to support data, voice and fax. Most significantly, it was used to support a visit from President Obama to the Los Angeles area in 2010. The LAPD’s Suburban vehicles were deployed to support interagency communications with the Department of Homeland Security and surrounding police and fire departments, providing complete interoperability and effective security during this critical event. 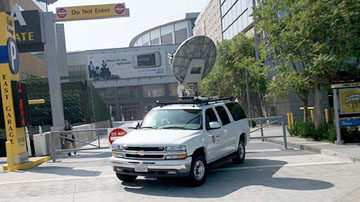 The vehicles are used to support multiple events and activities every month, from high profile major sporting events to every day DUI arrests. It was recently used to support communications during a triathlon event, and also used during a Los Angeles Lakers basketball game to provide a remote booking station for arrests. The communications network enabled police personnel to complete booking info using the satellite system to transmit data.

In addition, the Command Posts are set up to support emergency response for disasters that occur by providing the infrastructure to build a large mobile network on-demand utilizing satellite, Wi-Fi and WiMAX. Ongoing testing is conducted on a regular basis, including at Los Angeles’ Griffith Park. Testing has shown that even in traditional communication dead zones, LAPD is able to keep its communications working by using LMR, WiMax and Wi-Fi integrated with the satellite network. 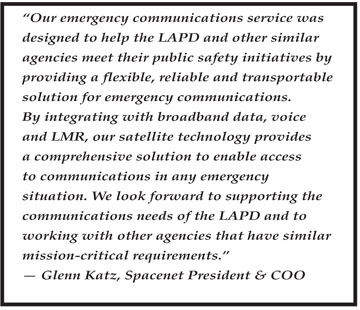 Overall, the satellite network has proven to be an extremely valuable resource during many events in Los Angeles and offers a reliable solution for communications across the city. It provides numerous benefits to LAPD including an easy to deploy, versatile, and comprehensive system to support its transportable communications requirements.

The network can be up and running in a matter of minutes, even in areas that are traditionally hard to reach. Previous technologies would require hours to connect and simply wouldn’t work in some areas. The solution is a major tool for public safety, providing a high reliability communications system to those that must ensure security at various events across the city as well as emergency communications in the case of a crisis or disaster.

The LAPD has leveraged satellite to prepare for virtually any event it may face across the city. Although not every city faces the same challenges as L.A., every city has a department in place that is responsible for ensuring the safety of the public, no matter how big or small the event. For these agencies, having a reliable communications system in place helps ensure the safety of personnel and the public, and helps them promote domestic security. With today’s latest technologies, public security agencies have relatively easy and generally cost-effective ways to procure and implement satellite systems for emergency communications, whether in California, or anywhere across the U.S.

About the author
Jon Douglas is the Marketing and Communications Director for Spacenet Inc., a supplier of emergency communications and managed network services.
jon.douglas@spacenet.com

– Range of packages with multi-megabit inbound and outbound speeds

– Deployed on mobile command vehicles, trailers and other fixed and transportable configurations