Privately funded ventures have disrupted the way aerospace companies do business. Whether the customer is in the government or commercial sector, the competition is fierce.

Providers of spacecraft and launch vehicles must now focus on rapid development, going from concept to final product in a fraction of the time once required. This has put pressure on the entire aerospace supply chain.

Special Aerospace Services (SAS) has experienced these paradigm shifts first hand with the numerous tactical engineering projects. Client frustrations were observed when manufacturers couldn’t keep up with the need to develop new parts and components with the speed and efficiency dictated by changing economics.

The SAS team examined aerospace manufacturing from an engineering perspective and concluded the entire approach to fabricating specialty parts—from equipment to processes and even shop culture—had to evolve along with the rest of the industry in an increasingly competitive landscape. State-of-the-art 3D printers and automated milling machines were part of the solution, but putting the aerospace client at the center of the manufacturing process was critical.

In spring 2016, unveiled was what the company dubbed a ‘21st Century’ manufacturing facility in Englewood, Colorado, to meet the unique demands of space and aviation clients. The culture and basic approach to aerospace manufacturing, machining and milling was changed. The centerpiece of the new SAS Manufacturing shop is an online platform interface, now under development, that gives clients instant access to job status, product assurance, delivery and information at every step of the process.

The State Of Manufacturing
SAS opened its doors a decade ago as an 8(a)-certified woman-owned small business focused on tactical engineering of components for aerospace and other high-tech industries. With a heavy emphasis on research and development, braces, brackets, avionics/control boxes, mechanisms and pump houses for spacecraft were developed, including propulsion system parts, as well as platforms and jigs for aircraft. Most products fell under the heading of ‘specialty’ components involving production runs of 50 or less. Clientele includes Boeing, United Launch Alliance, JHU Energetics Group, NASA, Orbital ATK, Sierra Nevada and DARPA. 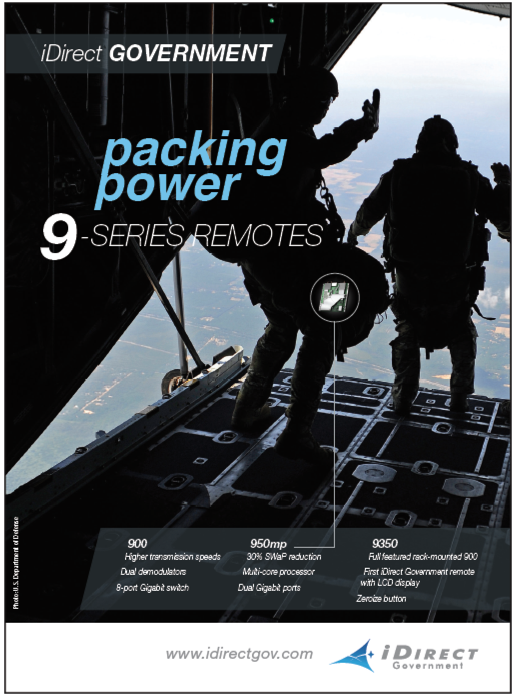 As the competition in aerospace began heating up, the trend in the engineering of parts became clear—clients wanted products developed faster and less expensively. Spacecraft and launch system integrators who were previously satisfied reviewing a new design concept in CAD format now asked for a prototype in hand a few weeks after the initial meeting. The proliferation of 3D printers helped fuel this expectation.

In many cases, manufacturers were not able to meet the accelerating demands of aerospace, and this handicapped our engineering business at SAS as well, especially related to rapid prototyping. As a small firm with a client-centric approach to our work, the situation was studied to see what the company could do to such problems.

A number of drawbacks to traditional manufacturing processes became quickly apparent. The first was a classic Catch-22. The manufacturing facilities with the equipment, processes and certifications in place to handle the exacting standards of aerospace were the large ones. However, they were also the least agile, which meant they couldn’t turn around prototypes quickly or focus on short-run production. The more responsive smaller plants could do those runs in theory, but often lacked the required technical and quality-control capabilities dictated by aerospace.

Another issue was one that faces US manufacturing in general. There wasn’t (and isn’t) much growth in that sector and the opening of new facilities was rare. As a result, the workforce is aging without a steady influx of young talent who are eager to challenge the status quo and alter the way manufacturing business was done. The prospect for changing the traditional culture found in manufacturing was dim, especially in the company's home state of Colorado.

The third factor identified as a road block to streamlining production and development in aerospace was a ‘black box’ approach to manufacturing. Traditionally, an aerospace client placed their order for new parts to be produced and then waited for the arrival of the delivery date. They seldom had any idea what happened in between the order and the delivery, which was fine if the production schedule happened to be maintained. But if materials were late reaching the plant and machining was delayed, a launch itself could well be jeopardized at enormous potential cost to the spacecraft or launch system integrator.

Of the hundreds of hours SAS spent interviewing aerospace clients on how they felt the prototyping and production process could be improved, communications with the manufacturer was the overwhelming priority. They wanted insight into the manufacturing process as part of their own quality assurance. If a part was going to be delayed or not meet their specifications, they wanted to know sooner rather than later so that necessary alternate steps could be taken to reach the launch pad on time.

Re-Inventing Manufacturing
The conclusion was derived that the timing was perfect for a reinvention of the manufacturing process to meet the evolving needs of aerospace and other high-tech industries. In 2015, SAS purchased an existing machining facility in the Denver suburb of Englewood, Colorado, with which business had been successfully completed in the past. The 12,500 square-foot shop was considered small, but there were skilled personnel and a diverse client list. Most importantly, that business had the potential to become a state-of-the-art 21st Century manufacturing facility.

Established as a wholly owned subsidiary, SAS Manufacturing shared a vision of enhancing the plant processes and culture and achieved enthusiastic buy-in from the existing team. First on the list of changes was implementation of a quality management program similar to who was already employed on the engineering side of the SAS group. Not only was this key to streamlining efficiencies and increasing capabilities at the facility, strict quality management principles are a necessity for winning contracts from many US government and defense organizations.

In less than a year, AS9100C and ISO 9001:2008 certifications were received, verifying that the SAS machining facility was committed to the highest standards at every step of the fabrication process. AS9100C certification specifically demonstrates adherence to quality management principles relating to aviation, defense and space.

3D Printing & Automated Milling
Another important initial focus area was ensuring the facility contained the most advanced equipment needed for the manufacture of aerospace products. Fortunately, several 3D printing devices had been installed by the previous owner. Additional additive printers were purchased that possessed an emphasis on plastics, composites and alloys. This equipment has the ability to fabricate 3D parts as strong as traditionally milled products but weighing 30 to 50 percent less, a critical capability in space and aviation.

Although popular, especially in rapid prototyping, 3D printing is not the answer to every manufacturing challenge. In the production of metal components that fly in space or aboard aircraft, traceability remains a major concern. Aerospace companies want to know from where source materials are derived—if there is a problem, that part can be traced back to its origin so other parts fabricated from the same material can be inspected or replaced.

Unfortunately, the metal powders used in additive 3D printing processes cannot yet be traced with the same degree of certainty that solid metal pieces can be traced. For this reason, traditional subtractive metal-on-metal lathing and machining are still required for creating many parts. Although the SAS shop already operated some of these machines, the purchase of a 21st Century, 5-axis, computerized numerical control (CNC) milling machine from DMG MORI was necessary—this is an automated device that is capable of producing extremely complex metal parts and is typically found only in the largest of manufacturing plants.

Building A 21st Century Workforce
The next step for SAS was to simultaneously change the culture of the machine shop and to breathe new life into the Colorado manufacturing industry. An enthusiastic partner was found in the state’s Office of Economic Development and International Trade, which awarded SAS Manufacturing an Advanced Industry Infrastructure Funding Grant to upgrade the workforce.

The money was used to attract younger workers, some with and without college degrees, to participate in an apprenticeship program where they would be mentored by veteran personnel, many of whom are eager to pass on their trade to the next generation. Departing from manufacturing tradition once again, this program rotates workers throughout the shop—they learn how to use automated and manual equipment in every phase of the fabrication and assembly process.

In just its first year, the apprenticeship program has had a dozen participants. Those who have completed the program and moved on have the skills to fill numerous positions at other manufacturing facilities in Colorado and elsewhere in the nation.

Putting The Client In The Process
Finally, but most importantly, SAS has smashed the black box approach to manufacturing as the move has been made from a product- to process-centric paradigm. The SAS team is developing an online interface to provide clients with a two-way communication portal into the status of their jobs. The platform will send regular updates to the client at key manufacturing milestones and will also allow them to check on the job directly, whenever they wish.

More than just notifications of when source materials arrive or milling begins, the platform will allow clients to query where the materials came from and to then examine the certifications of the involved vendors. The client will know which machinist and which piece of equipment are involved in their projects. Job status, certifications, material tracing and delivery deadlines will be transparent to the client.

This information will pass seamlessly to the client without taking time away from work inside the plant. In addition, vendors will also have access to parts of the system for their own quality control purposes. They will see how their performance rates against other vendors in terms of on-time delivery and quality ratings, holding them to a higher level of accountability.

Ushering In A New Era
The benefits of integrating the streamlined manufacturing operations with existing engineering projects and passing the advantages onto clients is being experienced. A new part for a long-time aerospace client was recently developed and was taken from concept to 3D printed prototype in just one day, a process that once required three months when a traditional third-party manufacturer was involved.

The online client platform and multi-functional 5-axis milling machine should both operational by the fall of 2016—the SAS 21St Century manufacturing plant should be at full strength by year's end. SAS has started the process of introducing engineering clients to SAS Manufacturing with the expectations they will become customers of the new facility.

In addition to space and aviation organizations, the anticipation is that the concept and capabilities of a 21st Century shop will appeal to many industries that require rapid prototyping and specialty production of parts that meet exacting specifications and standards, including biotechnology, energy and semi-conductor businesses.
www.sasprecisionmfg.com
www.specialaerospaceservices.com

Heather L. Bulk is the Chief Executive Officer and Co-Founder of Special Aerospace Services, LLC. Ms. Bulk is responsible for providing direction for the company’s business strategy, as well as oversight of SAS’ legal affairs and financial performance. Throughout her tenure at SAS, Ms. Bulk has managed the Company’s numerous partnerships and expanded the Company’s footprint through new business ventures and industry networks.