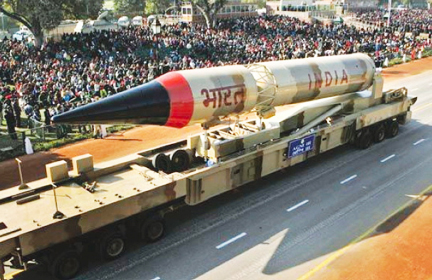 While China’s 2007 anti-satellite (ASAT) test and its missile defense intercept test earlier this year have attracted much attention and concern, another emerging space power has also been expressing its interest in developing those capabilities yet attracting very little notice: India.

Given enthusiastic statements by Indian officials about what they see as the need for ASATs and the country’s continued missile defense efforts, this could be worrisome. Though most of the rhetoric can be chalked up to regional rivalry, and much of the grandstanding downplays the level of technical capacity that still needs to be developed, India’s plans for missile defense and their relationship to space security bear further monitoring.

India’s Plans
India has been working on a missile defense system that is primarily indigenously built for several decades, but it wasn’t until relatively recently that successes were repeated during testing. India held missile defense intercept attempts in November 2006 (a test where the intercept occurred outside the Earth’s atmosphere, or was exoatmospheric), December 2007 (a test where Indian officials claimed that the intercept occurred inside the Earth’s atmosphere, or was endoatmospheric, despite video footage implying that the interceptor missed the target), March 2009 (an exoatmospheric test), and March 2010.1 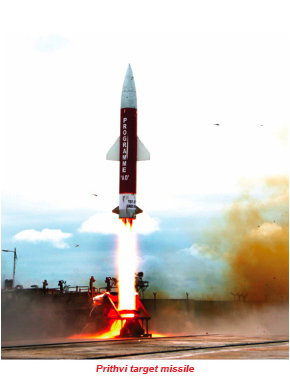 During the last test, the modified Prithvi target missile did not follow its scheduled flight path and thus the interceptor missile, called the Advanced Air Defense (AAD) missile, was not launched.2 Indian officials have indicated that they want to deploy a working missile defense system by 2012. Defense Research and Development Organization Director General V.K. Saraswat stated last October that the “[o]nly part that remains to be developed is the interceptor missile;”3 the US Missile Defense Agency’s experience in developing interceptors might demonstrate to him how much work India might have ahead of itself. Per Saraswat, there are two phases to India’s intended ballistic missile program: the first phase is planned to intercept target missiles with ranges of up to 2,000 kilometers via “exo-atmospheric, endo-atmospheric and high-altitude interceptions,” while in the second phase, India will strive to be able to intercept target missiles with ranges of 5,000 kilometers, which potentially could give India the ability to intercept intercontinental ballistic missiles.4 Saraswat also proudly noted after China held its first missile defense intercept test attempt in January 2010, “This is one area where we are senior to China.”5 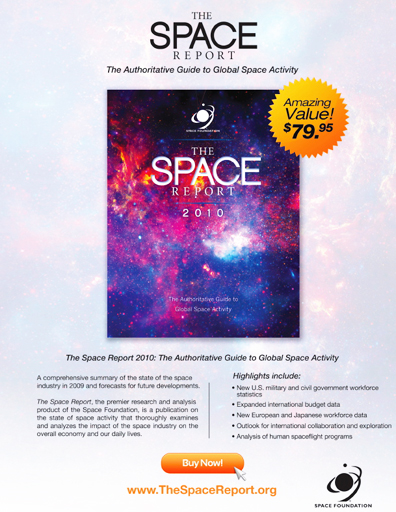 Dr. K. Kasturirangan, former head of the India Space Research Organization (ISRO), said in September 2009, “China’s ASAT capabilities displayed a few years ago was to show to the world that they too can do it. That China can do what it wants to do and demonstrate that it can do even more… to supersede the best of the world, that is the US.”6 He also stated, “Obviously we start worrying. We cannot overlook this aspect.”7 Kasturirangan, sounding very similar to some parts of the US national space community, asserted that “India has spent a huge sum to develop its capabilities and place assets in space. Hence, it becomes necessary to protect them from adversaries. There is a need to look at means of securing these.”8

In January 2010, Saraswat tipped India’s hand further when he told reporters, “India is putting together building blocks of technology that could be used to neutralize enemy satellites,” and that “We are working to ensure space security and protect our satellites. At the same time we are also working on how to deny the enemy access to its space assets.”9

This last part is very similar to statements made by some US officials charged with protecting US space assets. Saraswat did acknowledge, “Basically, these are deterrence technologies and quite certainly many of these technologies will not be used.”10 If that last part is true, it does raise the question of how much of a deterrent these technologies may actually provide, since the Indian government claims not to intend to use them.

Air Chief Marshal P.V. Naik gave in February 2010 perhaps the real reason why India has expressed any interest in an ASAT program in his explanation, “Our satellites are vulnerable to ASAT weapon systems because our neighborhood possesses one.”11 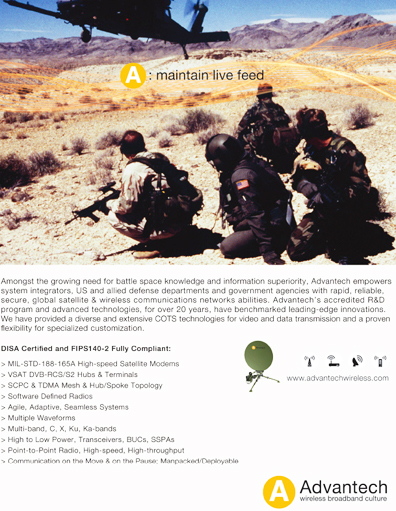 Clarifying his statements from the previous month, Saraswat announced in February 2010, “In Agni-III [see introductory photo at the start of this article-Ed.], we have the building blocks and the capability to hit a satellite but we don’t have to hit a satellite… If you hit a satellite, the repercussions are that we will have debris and they will be detrimental to objects in space and it will remain in there for many years.”12

This was a welcome acknowledgement by an Indian military official of some of the negative consequences of actively testing an ASAT program. Instead, Saraswat said that India “will validate the anti-satellite capability on the ground through simulation,” emphasizing that “there is no program to do a direct hit to the satellite.”13 Conflating India’s successes thus far with its ballistic missile arsenal development and its plans for a ballistic missile defense system, he went on to say, “With the kill vehicle available and with the propulsion system of Agni III, that can carry the missile up to 1,000 kilometers altitude, we can reach the orbit in which the satellite is and it is well within our capability.”14

Part of why India may be interested in developing an ASAT capability is that it wishes to use it as a way to enhance its missile defense program and, to a lesser extent, its domestic science and technology skills. This is latter is seen even in the United States, which has a much longer history of space activities, where some of the strongest proponents for continuing with space exploration (for example) couch their arguments in the need to maintain and expand an intellectual industrial base for space technology know-how. 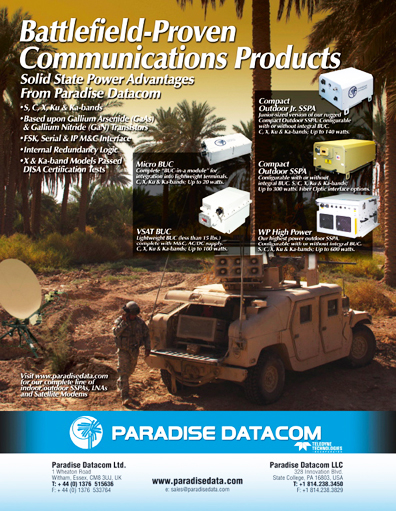 An ASAT capability requires, if one is using kinetic kill vehicles and not relying on the destruction from an electromagnetic pulse or a nuclear-tipped warhead, very solid and reliable hit-to-kill capabilities. India has explicitly expressed its interest in developing more or less indigenously its own missile defense system and has been working assiduously on such a program for some time; thus, an ASAT program, as it were, would also be a technology demonstration program for a missile defense system.

This highlights the similarities between missile defense and ASATs. Interestingly enough, India seemed a few years ago like it was more interested in purchasing parts of the Arrow Weapon System, a missile defense system co-developed by the United States and Israel. It apparently has since decided that it would rather build its own and gain the skill set such a system would require.

But primarily, as can be seen by statements by Indian officials, not ceding ground to its political regional rival, China, is mostly grandstanding by India. The Indians see China as their main competitor and nation of concern (regarding space capabilities) in the region. These statements by Indian officials partially can be explained as bombast to assure domestic audiences that India is a peer of China or even ahead of it.

However, there is another explanation: these statements indicate that India is interested in being able to reach China. The Indians may have decided that they should be able to cover all contingencies for future conflicts. The Pakistanis are already well within range of Indian ballistic missiles, and by developing this long-range missile capability, the Indians will be able to counter China as well. They can point to the 2007 Chinese ASAT test as an example of the pressing need for reciprocal capability; again, this mirrors some of the debate within the United States for why American space assets may be endangered. And as China reportedly held its own hit-to-kill missile defense test in January 2010, this just adds more justification to those who feel that India must have a missile defense system in order to keep up with regional capabilities.

There are lessons learned from previous arms control debates that have probably affected India’s decision to seek a missile defense/ASAT capability. One strong one is that Indians remember well that the 1968 Nuclear Non-Proliferation Treaty (NPT) made a concrete division between the nuclear haves and the have-nots. This partition was largely based on who had held a nuclear test prior to the treaty’s creation. India missed becoming an official nuclear weapon state by six years by having its first nuclear test—or, as India termed it, a “peaceful nuclear explosion — in 1974. There are some within India who have taken that lesson to heart and want India to develop an ASAT capability so that India would be grandfathered in, should any future treaty or international agreement ban ASATs. This is probably to gain the prestige of being one of a select few states and the wish to avoid being hemmed in, should future Indian military officials decide that an ASAT capability is needed for their national security needs. India’s ASAT plans are worrisome because, in the Indians’ anxiety to keep up with China, they may unexpectedly create the exact thing that they are trying to avoid: a conflict in or about space. 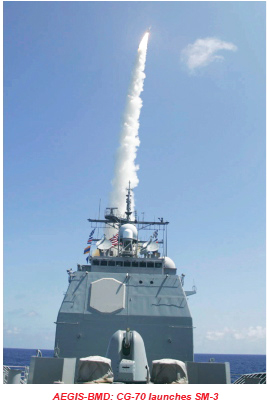 India’s interest in developing this missile defense/ASAT capability also could be seen as an unintended consequence from the October 2008 US-India nuclear deal. In it, the United States agreed to lift its ban on nuclear trade with India, despite India’s not having signed the NPT and actively flouting the spirit of that treaty by holding nuclear weapon tests. The nuclear deal put India in a unique position relative to other non-conforming states to the NPT, thanks to its now special relationship with the United States; India may think that its benefactor will quietly look the other way while it develops ASATs. Furthermore, as noted earlier, many of India’s justifications for pursuing ASATs are quite familiar to those following the debate being held in the United States about how best to protect US space assets.

Along those same lines, while there was much criticism of the debris created by China’s 2007 ASAT test, international approbation was about all that China was subjected to. There were not any military responses, economic embargoes, or even technological limitations (beyond what the export controls that the United States already had in place). Japanese Prime Minister Shinzo Abe very delicately called the test illegal with this statement to the Japanese Diet: “I believe it would not be in compliance with basic international rules such as the Outer Space Treaty.”15 (Article IX of the 1967 OST calls for prior international consultation if a state believes its planned space activities may be harmful to others.)16 Perhaps India figures that despite the unpopularity of developing ASATs, there are not going to be any tangible consequences to doing so.

Now, if India were to actually test an ASAT, that might prove to be a different story, but as can be seen by the Indian officials quoted above, they probably realize that as well and have opted not to cross that line. Also, perhaps maintaining ambiguity around its ASAT plans serve India better than holding an actual test and removing all doubt as to whether it actually has that capability.

Finally, it is important to put India’s missile defense/ASAT ambitions within the proper context. India does not have the indigenous space situational awareness capability needed for an ASAT system. India is working to improve this but, as the US missile defense systems’ trials and tribulations have shown, it is not something that can be developed rapidly, even if given great leeway in its development and a relatively blank check.

While a dedicated satellite network is not a necessity, it does raise the question of how India intends to be able to detect and track missile launches. The United States’ experience in shooting down the de-orbiting satellite USA 193 in February 2008 with a modified Aegis Ballistic Missile Defense (BMD) interceptor demonstrated that missile defense radars often do not have the capacity to keep up with a satellite target, since the Aegis system’s radars were unable to track at the very fast speed that the satellite was travelling. 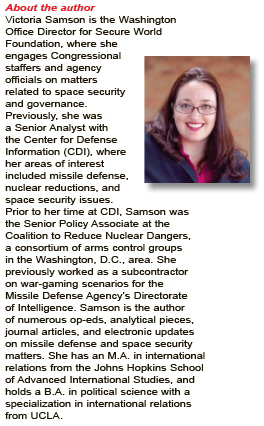