In September of 2017, SES, one of the world’s leading satellite operators, announced that they’d be ushering in a, “new era in global cloud-scale connectivity and high power data services,” by launching a new networks system they called “O3b mPOWER.”

This new network of systems would combine terrestrial networks and ground-based infrastructure with a constellation of seven extremely powerful and flexible high-throughput satellites (HTS) that would reside at Medium Earth Orbit (MEO). The result would be a system with the ability to deliver flexible, agile, fiber-like connectivity to practically anywhere on Earth.

We sat down with Mike Blefko, the Vice President of Business Development at SES Government Solutions, to obtain some insights on O3b mPOWER and its interoperability.

The differences between O3b mPOWER and the existing O3b MEO fleet were discussed as well as the technology’s potential use cases by the federal government and when customers can expect O3b mPOWER to become available. Here is what Mike had to say: 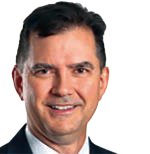 Government Satellite Report (GSR)
At the close of 2017, SES announced that they were introducing something called mPOWER. What is O3b mPOWER, exactly? 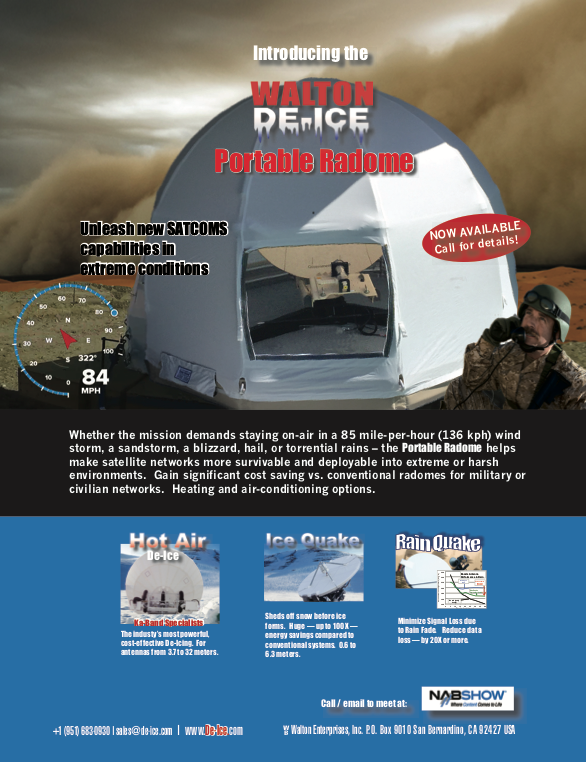 mPOWER is our next generation Medium Earth Orbit constellation. It builds on the legacy MEO O3b solution that is operational today delivering services to many United States Government (USG) customers worldwide.

O3b mPOWER continues our leadership at the MEO arc delivering high throughput, low latency services to our customers with orders of magnitude leap in capability. Our seven satellite constellation implements more than 30,000 beams allowing customers to connect with Gbps speeds at a latency of less than 150 msec.

GSR
How does O3b mPOWER differ from the satellites and constellations that SES already offers?

MB
SES is the only true MEO/GEO global owner/operator.  We have 55 GEO satellites, 16 O3b MEO satellites growing to 20 this Spring, and 7 next generation O3b MEO mPOWER satellites launching in 2021.  We offer services at C-, X-, Ku-, and Ka-band and both for commercial and military customers.

The cruise industry has been a significant commercial adopter of the technology due to the Gbps of capacity being delivered to each cruise vessel.

Defense customers take advantage of the high throughput low latency services for terabyte size file transfer, 4G and next gen 5G LTE backhaul, 4k HD video dissemination and fiber like speeds and performance from the remote terminal back to the end user.

O3b mPOWER also incorporates advanced electronically scanned phased array technology both in the air and on the ground. Our Boeing 5th generation phased array on the satellites will deliver more than 5000 beams per satellite and per region, with bandwidth per channel that is scalable from 15 MHz up to 2500 Mhz.

This flexible coverage is delivered directly to customers without requiring a gateway infrastructure or a corresponding terrestrial overlay from that gateway, thus saving the customer money, increasing the security of the network, and making each circuit more reliable and more resilient. O3b mPOWER will support customers that have very low data rate requirements in the 5 to 10 Mbps range all the way up to customer doing enterprise redundant, protected backhaul in the 10 Gbps rate.

This flexible coverage is delivered directly to customers without requiring a gateway infrastructure or a corresponding terrestrial overlay from that gateway, thus saving the customer money, increasing the security of the network, and making each circuit more reliable and more resilient.  mPOWER will support customers that have very low data rate requirements in the 5 to 10 Mbps range all the way up to customer doing enterprise redundant, protected backhaul in the 10 Gbps rate.

GSR
What differentiates the mPOWER satellites from the existing O3b MEO constellation?

MB
Each satellite in the current constellation has 10 customer beams. For O3b mPOWER each satellite has up to 5000 beams, a 500 times increase.

For the current O3b MEO constellation, data rates of up to about 1 Gbps are realizable. For the next generation O3b mPOWER data rates up to 10 Gbps over a full beam are achievable. The beams for O3b have 432 MHz of capacity. For O3b mPOWER the capacity per beam is over 5 times as much at 2500 MHz.

Both MEO constellations have a model where we sell a managed service to the customer by the Mbps. Customers contract for a certain non-contended data rate –  250 Mbps x 250 Mbps for example, at a Service Level Agreement (SLA), and then we implement, monitor, manage, and control that service between the two customer ethernet ports in a true managed service delivery model.

Only seven O3b mPOWER satellites are needed to be launched and controlled to deliver this next generation differentiated service. This is in contrast to the planned LEO constellations that require hundereds of satellites to be launched, configured and maintained to deliver contended services, three to four years from now.

GSR
What is the status of mPOWER? Are the satellites launched? If not, when will they be launched?

MB
The O3b mPOWER satellites are in development at Boeing and will be launched in late 2021.

GSR
From a U.S. Government perspective, what agencies or government organizations would have need of mPOWER?

MB
All of the COCOMs that have high throughput, low latency requirements in austere locations as well as at sites that require a true satellite backhaul capability would benefit from O3b mPOWER. Given the low latency on the network implementation, cloud-based applications can be based on remote server access. Architectures that benefit from ‘anywhere to anywhere’ in a ±50° latitude around the planet can be implemented for these COCOM customers.

Navy vessels that require both en route as well as connectivity at the final end point could have secure beams pointed at them to provide fiber like services. Comms-On-The-Move (COTM) land vehicles traveling across a continent could be connected throughout the entire movement with services that provide real time visibility to command posts in the rear or overseas.

Airborne assets that require significant resources to backhaul collected information will be able to securely connect to remote locations while in flight as well as when they return to the base. Tactical teams that need a capable backhaul solution from their forward operational location could use small mobile terminals for 10s of Mbps connectivity.

GSR
What types of use cases would they need that level of bandwidth and throughput for?

GSR
Flexibility seems to be one of the key differentiators and value proposition of mPOWER — the flexibility and agility that comes with shapeable and steerable beams. Why would this be particularly interesting for government users – especially military users?

MB
Our US Government warfighter missions are not static.  They change in real time.  Our warfighters need a flexible, agile, resilient network to meet their mission critical needs. O3b mPOWER meets these demands with a secure, low latency, high throughput, flexible, agile network.

Beams are both fixed and movable providing resources for all forms of communications.  Bandwidth can be allocated from low to high throughput, and intentional and unintentional jamming is mitigated by the MEO orbit, multiple layers of redundancy including polarization, frequency, beam, and satellite diversity.

A wide ecosystem of terminals for the various fixed and on-the-move markets makes competition within the solution and benefits both commercial and military end users.

For additional information about mPOWER and how it can be used in government implementations, download the information sheet, “O3b mPOWER for U.S. Government Missions” at this link: ses-gs.com/govsat/resources/o3b-mpower-for-u-s-government-missions/

Ryan Schradin is the Executive Editor of GovSat Report. A communications expert and journalist with more than a decade of experience, Ryan has edited and contributed to multiple popular online trade publications focused on the satellite, unified communications and network infrastructure industries.

In addition to editing content and establishing editorial direction, Ryan also contributes articles about satellite news and trends, and also conducts both written and podcast interviews for the GovSat Report. Ryan also contributes to the publication’s industry event and conference coverage, providing in-depth reporting from leading satellite shows. Ryan is a Senior Columnist for MilsatMagazine.