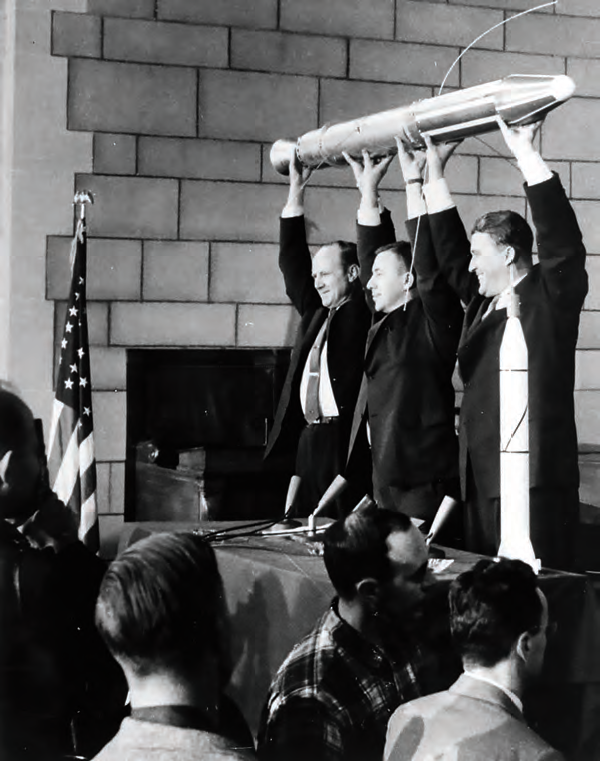 Explorer-1 model being held aloft by the spacecraft’s creators.

From those modest beginnings, spacecraft have grown ever larger, heavier, more sophisticated, and significantly more costly. The highly complex satellites produced by today’s prime, space-faring nations are routinely the size of a city bus.

The development cycles that lead to these modern behemoths are attributable to ever-increasing technology demands and shrinking risk postures. The cost of building and launching current, state-of-the-art satellites demands that these technological marvels become ever more reliable and long-lived to justify the cost of placing them into orbit.

As this vicious cycle has played out, current generations of U.S. Government spacecraft increasingly include aggregated payloads that meet the demands of multiple users within a single spacecraft.

Unfortunately, as this approach has led to increasingly larger, more sophisticated, and more expensive space assets, the U.S. finds its technological lead in space challenged, not only by traditional rivals, but also by emerging space powers. The historically evolved approach to spacecraft development is not aligned with internet-age technology advances, and the U.S. space enterprise has found that the space environment is increasingly congested, contested, and competitive.

With all of the incredible sophistication built into recent prime space assets, these monolithic and aggregated satellites have such long development cycles that by the time they are deployed, their capabilities may be outdated in light of emerging needs, threats, and insight.

The great irony is that part of the solution to these troubling trends is to go back in time — to smaller, less complex spacecraft — to get to the future. As it happens, while major government and commercial developers have been focused on ever larger and more expensive satellites, innovative forces have been at work on the fringes of the space industry to meet these unfolding challenges head-on — with ever smaller and less expensive satellites. 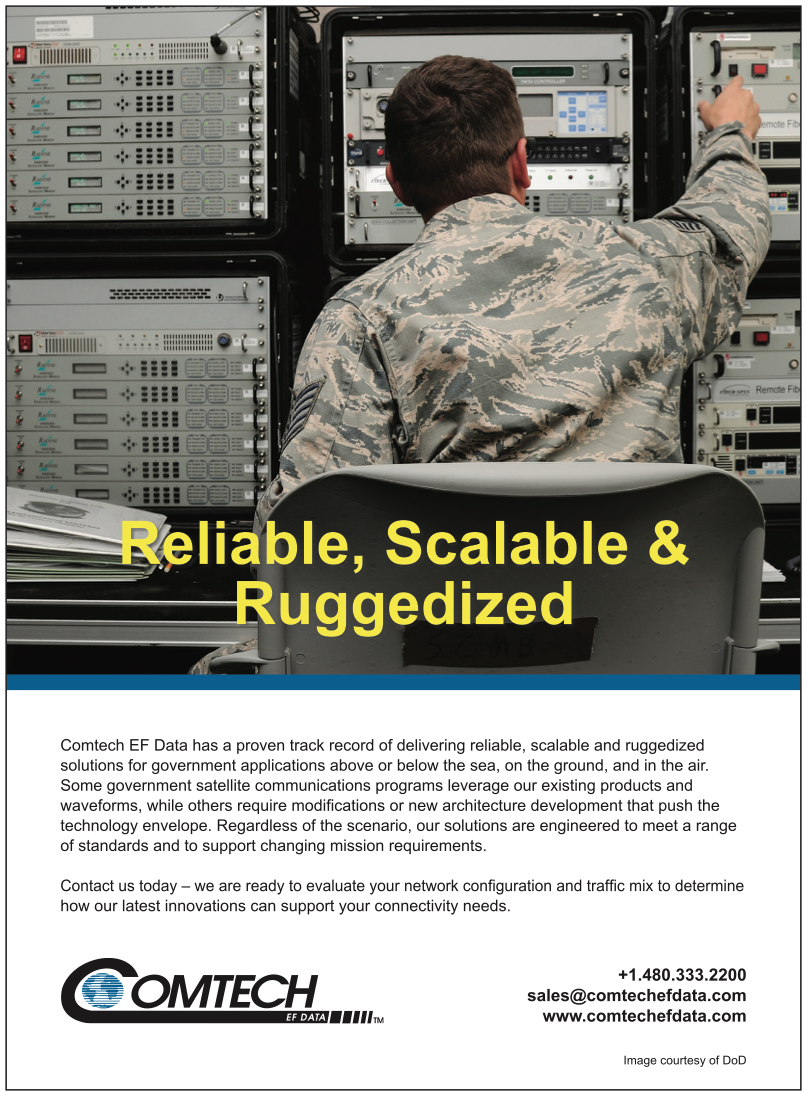 Cubesats (built and launched in “units” of 10x10x10 cm.) emerged originally as educational projects for university students. Some of these smallsats, being inexpensive to deploy as “rideshare” payloads, have proven to be extremely well suited as testbeds of transformative technologies. These technologies can then be rapidly scaled or further developed based upon lessons learned — inexpensively — from on orbit operations.

With this boot-strap approach, some of the newest and latest space technology is now in the hands of widely varied and non-traditional users. The payload builders and spacecraft bus technology manufacturers benefit from this approach.

These emerging space industry pioneers can rapidly improve their products over short cycle times, including capabilities such as advanced electric propulsion, increasing computer capacity, or laser-based intersatellite communication - all while improving product reliability and driving down costs from operational and manufacturing experience.

Cubesats are quickly growing in capability — and size. Whereas early units were a single 1U cube, these prototypical and educational models were quickly augmented by the addition of 3U cubesats and are now being followed up with 6U and 12U cubesats. The success of these smallsats has also further increased the U.S. Government appetite for other smallsat classes, including 180+ kg. satellites being launched on EELV Secondary Payload Adapter (ESPA) launch opportunities.

These smallsats will never replace the exquisite behemoths that are the backbone of the nation’s current space enterprise; however, augmenting current assets with a wide range of smaller spacecraft may be exactly the tool needed to increase resiliency in today’s contested space environment.

While the current crop of large platforms routinely achieve capabilities that are well beyond anything a single smallsat will ever be able to deliver, it is possible that clusters of smallsats flying in controlled formations will someday deliver capabilities that single monolithic satellites simply cannot achieve.

Large constellations of inexpensive smallsats also provide other unique advantages — for example, the ability to gather large, spatially and temporally diverse data sets due to frequent revisit times. Another attractive feature of smallsats is the ability to achieve rapid operational deployment (and replenishment), especially if built in advance and stored on the ground to be quickly pulled from a magazine and responsively launched to replace damaged or lost operational units — either partially or completely. With advancements in launch capability, replacement smallsats could be rapidly deployed when and where they are needed to provide responsive intelligence, surveillance, and reconnaissance — or other capabilities. 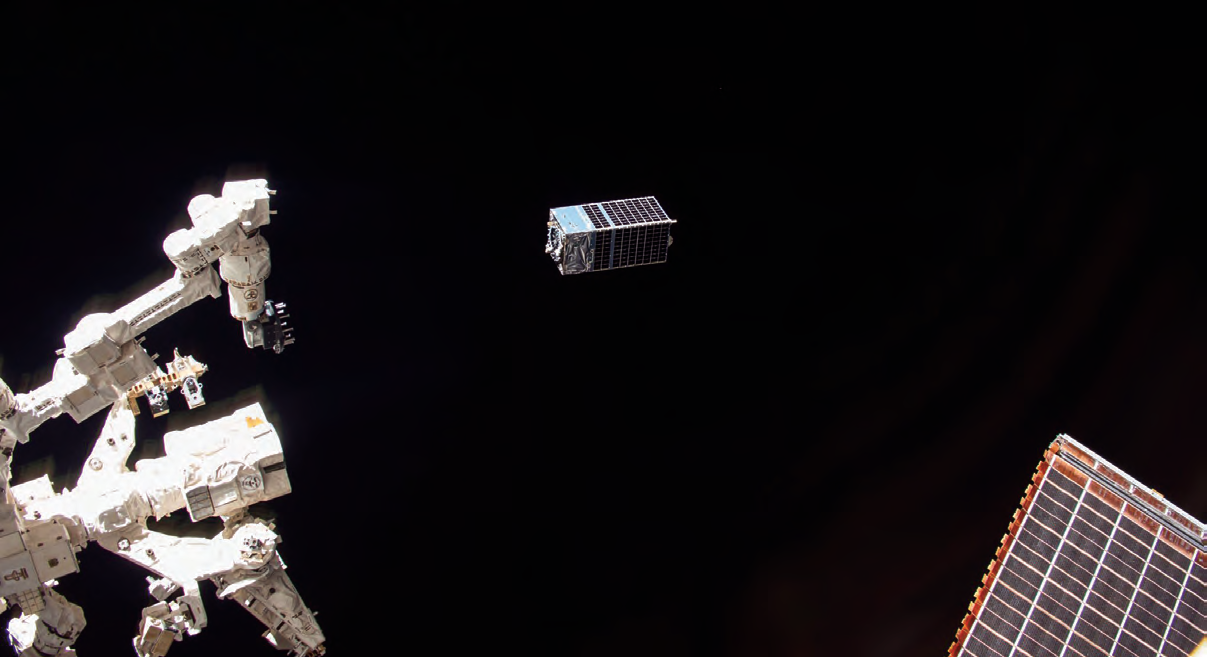 Photo of the ISS deployment of Kestrel Eye smallsat.

The scientific community has also quickly realized benefits on par with the military utility of smallsats. An entire generation of scientists and engineers is emerging that have not only built a satellite with their own hands, but have witnessed those satellites launched and they have then received their own data from the orbital operations of these satellites — an incredibly valuable education hitherto unavailable to aspiring space explorers.

Furthermore, maturing Principal Investigators have begun to rely on publications from previous smallsat projects to secure funding for new projects. As the trend of satellites becoming larger and more expensive has begun to reverse, access to smallsats is increasing the number of investigators with credentials to lead such missions — a virtuous cycle that is creating the next cadre of Principal Investigators to enhance and eventually replace the existing cohort of space scientists.

Perhaps even more surprisingly, commercial ventures have rapidly embraced the smallsat revolution to provide services that were previously only available to governments from space-faring nations.

In the past, when a government organization needed data, they would develop a mission concept, finance the design and manufacture of the space assets, and obtain the data they needed — putting such ventures out of the reach of disadvantaged users.

With commercial providers (sometimes funded by Venture Capital), the data or information is the product — a product that can be shared with many customers, within and outside of space-faring governments, reducing overall mission cost and releasing hardware providers to do what they know best.

To maximize the utility of the aforementioned benefits of smallsats for government users, procurement approaches and mindsets need to realign with the evolving space enterprise. NASA and the U.S. Air Force have successfully used Other Transactional Authorities (OTAs) to develop and set the stage for acquisition of capabilities that would have otherwise never materialized.

To maximize the utility of the aforementioned benefits of smallsats for government users, procurement approaches and mindsets need to realign with the evolving space enterprise. NASA and the U.S. Air Force have successfully used Other Transactional Authorities (OTAs) to develop and set the stage for acquisition of capabilities that would have otherwise never materialized.

If the Department of Defense and other U.S. Government agencies can harness the creativity and efficiency of today’s commercial space industry using similarly flexible procurement strategies, the future for small satellite space could be breathtaking. (ed note: see NASA Critical Knowledge captured from the COTS procurement and execution, www.nasa.gov/content/cots-critical-knowledge-0)

Such procurement approaches could match the innovative potential of small satellites, unleashing a wave of space exploration. Correctly and carefully applied regulations, domestic and international, can help foster the burgeoning smallsat industry.

There will be many challenges. Congestion is a common concern in the industry due to both physical conjunctions and radio frequency allocations. Some challenges can be ameliorated with technology, such as improved space situational awareness (reducing conjunction false positives) or laser-based communication, but the cooperation of existing operators in established orbits with new entrants seeking access to space is essential for the success of the industry.

Companies, such as Adcole Maryland Aerospace (AMA), have been on the front line for this new generation of smallsats. AMA built the first self-contained attitude control system for CubeSats and recently delivered the Kestrel Eye tactical imaging satellite to the US Army Space and Missile Defense Command. The experience of such companies has vastly improved and rapidly grown over a short period of time.

Smallsats will provide the capability for evolving concepts, such as responsive imagery direct to the warfighter, monitoring of deforestation, Maritime Domain Awareness — and perhaps, someday, lunar or Mars communication infrastructures, dissimilar spacecraft-borne sensors orbiting Europa, and many others... large dreams can fit into compact packages.

Adcole Maryland Aerospace was formed in April 2017 through the merger of Maryland Aerospace, Inc. (MAI) and the Adcole Corporation’s aerospace division. MAI has long been a leading provider of Small Satellite and CubeSat components as well as end-to-end space systems. Adcole Corporation, now in its 60th year, has been the trusted supplier of radiation hardened and high reliability sun sensors for hundreds of LEO, GEO, and interplanetary space missions. More information about the company is available at www.adcolemai.com.

Darko Filipi is the Director of Business Development for Adcole Maryland Aerospace, LLC. In this position, he leads business development across all sectors. Before joining Adcole Maryland Aerospace, Mr. Filipi was the Deputy Director of Operations and Engagement Program Manager for the ARES Corporation in Vienna, Virginia. While with ARES, he planned and executed project tasks, and managed customer relations for the office and programs within NASA Headquarters OCT, OSMA, HEOMD, and OCE. 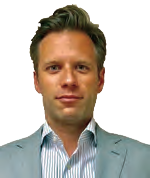 Mr. Filipi also worked at Orbital ATK/Orbital Sciences Corporation, in Dulles, Virginia, as a Systems Engineering for eight years. There, Mr. Filipi lead human rating efforts for two key elements of the NASA Orion Launch Abort System. As part of the Orbital ISS Commercial Resupply Services (CRS & COTS) programs, he supported the Program VP for Operation, Chief Engineer, Lead Systems Engineer in implementing incremental changes to the program, based on internal and customer direction. For the Stratolaunch Orbital Launch Vehicle, Mr. Filipi organized key reviews, including a PDR, and established the Risk Process for the program. 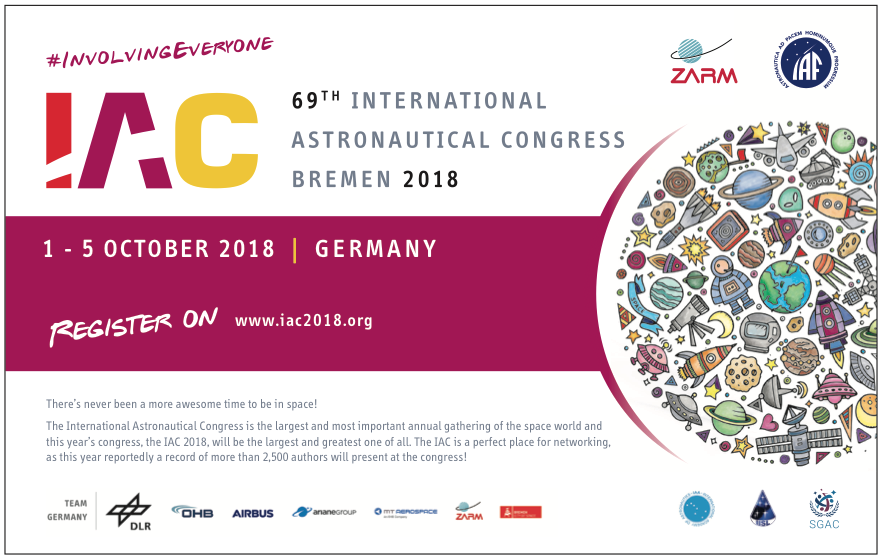