Since 9/11, demand for satellite communications (SATCOM) significantly increased and warfare changed dramatically. Yet the business model of buying commercial SATCOM (COMSATCOM) on the spot market using operational contingency or supplemental funds has not changed.

The time has come to dispel this myth of “fee” vs. “free” and provide these end users performing critical operational missions with diverse, assured and resilient SATCOM capabilities.

How do we go about changing this cultural misperception?

First, by viewing SATCOM as a critical enabler for mission success rather than an end unto itself. The best path forward is to incorporate industry innovation into the integrated SATCOM architecture, and strategically manage those SATCOM resources for decentralized execution. This will, however, require a significant shift in processes and planning, and, dare I say a cultural transformation!

These challenges particularly impact space procurements, where new threats are driving changes in the U.S. operating posture. For space programs, it remains imperative to incorporate advancements from the commercial sector into the baseline DoD architecture as a means of reducing strains on an overstretched budget and inserting optimum capability, flexibility and resilience for end users.

Ease of operation in a complex operational environment is required, and SATCOM must be readily accessible wherever they go; employing smaller, agile, easy-to-use equipment and multi-band terminals to ensure systems stay up and running no matter how challenging the situational or geographic conditions, or mission priority.

Even given the operational imperatives, the changing threat environment and an increasingly robust and innovative commercial SATCOM industry, the U.S. government has been slow to change their approach. Similarly, the well-documented challenges associated with fragmentation, delays and cost overruns of MILSATCOM system acquisitions and lack of user terminals or ground segment result in inaccessibility of the space segment. 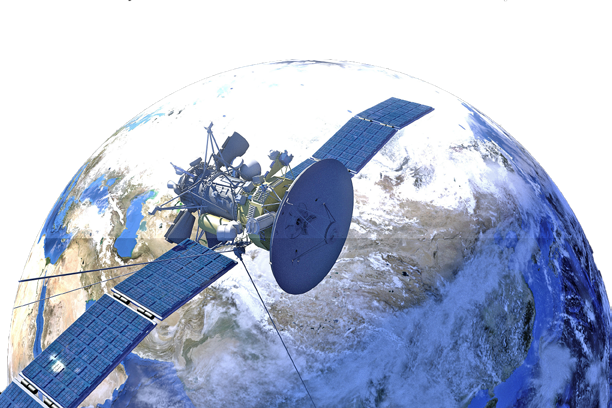 This significantly impacts and limits the operational advantages needed by today’s modern military. Many of those government programs began before some of the modern concepts of operations, such as unmanned Airborne Intelligence, Surveillance and Reconnaissance (AISR)
were envisioned.

As a result, programs such as the Mobile User Objective System (MUOS) can only access the legacy UHF capability. Even the wideband workhorse, the Wideband Global SATCOM (WGS) system with its nine satellites on orbit cannot flexibly meet all requirements with often competing demand for WGS access for military mission-specific surges in some geographies.

Each of these MILSATCOM systems, once finally deployed and ideally employed, also require numerous airmen and countless man-hours to operate these satellites. Given the tens of billions of dollars and decades of programmatic history, this is what is perceived as “free” SATCOM.

At the same time, COMSATCOM providers are making a high standard of performance possible, to a large degree by investing in solutions with government users in mind, thereby, augmenting military satellite resources cost-effectively, wherever and whenever needed. With a strong business case supported by clear demand signals, industry can innovate more rapidly than the public sector. Average time from concept to launch for COMSATCOM takes three to four years, as opposed to five to 15 years for MILSATCOM projects.

Senior government leaders, on both executive and legislative branches, have recognized COMSATCOM as an essential resource for the future, which is foundational for establishing a path toward enterprise-level, integrated SATCOM architecture. This supports a strategy to ensure reliable, available and resilient seamless, state-of-the-art SATCOM capabilities that are fully interoperable with military-owned and operated government systems.

Taking this unified architecture approach will enable the DoD to consider MILSATCOM and COMSATCOM as a holistic capability to best support military missions. The advent of a unified architecture, supported by strategic planning and innovations in acquisition, is essential for this cultural shift to centralized management and decentralized execution of SATCOM.

Acknowledging the need, governments seek a forward-looking means of innovation in acquisition to bring more modern capability and agility to the end user. While the industry welcomes the pathfinder and other pilot programs, it is critical that they evaluate SATCOM for its effects rather than to perpetuate the status quo; or worse, attempt to solve yesterday’s problems and create unnecessary costs well into the future.

It is incumbent on the DoD and the Air Force to seek timely results that inform the ongoing Wideband Communication System (WCS) Analysis of Alternatives (AoA) as well as shape the investment and operational budget in accordance with congressional timelines. The opportunity also exists to model the business arrangements prevalent in the COMSATCOM industry for speed, relevancy and affordability.

A DoD shift in mindset towards acquiring SATCOM as a Service versus the spot market leasing of spectrum for ad hoc “fees” will lead to a greatly enhanced SATCOM capability accessible when and where needed with enhanced assured access, flexibility and resilience — all attributes of merit for today’s military operational environment.

With the WCS AoA currently underway and unprecedented industry and Allied participation offering expanded space, air and ground layer communication capabilities, this cultural shift towards enterprise-level strategically planned and managed SATCOM for the fight is possible.

This AoA could significantly impact the future of government SATCOM, presenting an opportunity to define — arguably for the first time — a new approach that harnesses the scale, scope and innovation of the satellite industry to achieve required effects, interleaved with unique military-exclusive capability. This would be consistent with General Jay Raymond, Commander, Air Force Space Command statements that such innovation serves a vital purpose at a time when space is “contested, degraded and operationally limited.”

“When our battlefield airmen go into the fight today they do so with air, space and cyberspace in their quiver,” General Raymond said, as he announced the formation of the Space Warfighting Construct, which will combine improved situational awareness and responsive command and control in the interest of space superiority. “Space and cyber are the DNA of multi-domain integration. … Our joint warfighting partners need to have space all the time. That is not a given anymore, we are hard at work to make sure that it is. And it is going to take the support of government, industry and the support of our international partners.”

As government leadership moves forward with studies on alternatives and other pilot programs, we see tangible evidence of commercially available, end-to-end capabilities including ground, terminal and space segments, delivered as service [SATCOM as a Service] at a much more affordable cost and faster rate than the current acquisition model allows. The SATCOM as a Service model provides mobile, high-throughput, easy-to-use connectivity the way government users seek it: easily, affordably and operationally available – anytime, anywhere.

Strong commercial owner operators that are committed to serving the government understand the requirements and invest ahead of time to deliver needed capabilities. Based upon extensive market research and trusted long-term relationships with end-users and agency leaders, these companies make organic, internal, on-going investments for networks that are fully compatible, and in many cases, interoperable with military satellite systems.

With innovations in the commercial SATCOM industry that provide game-changing capability affordably and at the speed of need, there is much to be gained by harnessing these capabilities more strategically and intentionally as part of a centralized management of an integrated architecture. Leveraging these capabilities benefits end users, who no longer have to build and manage their own satellite and ground networks as they have done for years.

They can now focus on their core mission knowing that they have affordable always-on access to reliable, secure and interoperable SATCOM capabilities that improve the resilience and responsiveness of the critical communication infrastructure supporting the full spectrum of global military operations.

We are committed to dispelling forever the myth of “fee” vs “free” where the end user focuses on his/her mission and its success, employing the right SATCOM and the right time for greatest effect. Now this cultural shift is not only desirable but an imperative for the future of national security operations.