In early April of this year, Intelsat General entered a strategic alliance with Airbus Defence and Space that will give their customers access to the X- and UHF frequency bands using the Skynet satellite constellation, increasing the firm's capabilities and services in the APAC region.

“This new partnership will enable Intelsat General to offer Skynet services to their already strong existing customer base,” said Richard Franklin, head of secure communications at Airbus Defence and Space. “The services will notably be using the newly relocated Skynet 5A satellite and enable users to operate in the Asia Pacific regions, and augment and complement their existing services.”

The hardened Skynet fleet of seven satellites complements Intelsat EpicNG, Intelsat's HTS platform. Three of these HTS spacecraft, Intelsat 29e, 32e and 33e, are currently in service with the most advanced digital payload on a commercial spacecraft.

The latest, Intelsat 33e, entered service on January 29 operating from 60 degrees East, extending Intelsat’s high-throughput satellite services in C-, Ku- and Ka-band to the Asia Pacific region, among other areas.

Airbus moved its Skynet 5A satellite from 6 degrees East to 95 degrees East to provide global X-band and UHF coverage in the APAC region. Skynet X-band coverage and services are now extended from 178 degrees West to 163 degrees East.

X-band is a special frequency set aside for government and military use. Extremely low rates of atmospheric attenuation means that X-band SATCOM remains reliable in harsh weather conditions, even when using very small terminals. X-band’s position on the RF spectrum also allows for higher throughput, delivering more voice, data and imagery without the need for spread spectrum techniques. 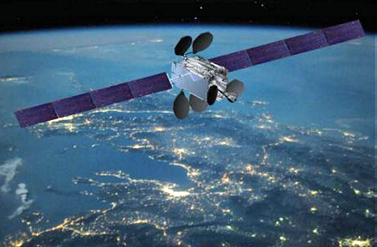 Together, Intelsat General and Airbus will help augment the satellite capacity that is currently available in the Asia Pacific (APAC) region with highly resilient military satellite communication services.

It is well known that there is not as much capacity in APAC as there is in areas such as EMEA, and the global satellites operators do not have as much flexibility to respond to sudden increases in usage. Other SATCOM available in the region only offers fragmented spectrum and is owned wholly or partly by non-US government agencies.

The theater of space is going through a period of transformation — whether it requires third-party capacity, next-generation satellite performance or new approaches such as managed services, Intelsat General is committed to supporting the warfighter.

Also of note is that Canada is attempting — for the second time ­— to kick off a project that would put satellites into the Arctic to improve communications for its military and federal departments.

However, while Canada looks to its neighbors to help foot the bill, the country could save significant time and money by taking a look at what’s available from the commercial satellite industry.

Under a previous government, Canada’s National Post reports, the Canadian Space Agency and the country’s military proposed a plan for a system of satellites for the Arctic — the project was ditched when costs skyrocketed.

The current project, dubbed the Enhanced Satellite Communication Project, is estimated at C$2.4 billion. Canada is in discussions with Norway, Denmark and the US to see if they’ll help fund the program. If it moves forward, a contract will be awarded in 2020 and a spacecraft will be launched around 2024.

In the meantime, the clock is ticking. Canada’s communications requirements will continue to grow, with or without its budget, as warming seas open ice-free shipping lanes to international traffic for longer periods of time during the year.

By going commercial, Canada can be assured that it will have continuous access to the technological innovation and refresh cycles necessary for keeping up with the rapid changes in the Arctic. According to the Canadian military officer in charge of space activities.

Brigadier General Blaise Frawley, he is aware that the country needs to be actively thinking ahead. He said planning in advance for space systems is important because, unlike warships or aircraft that can last 30 or 40 years, spacecraft have a life expectancy of between five and 10 years. That short life cycle requires better planning. When a constellation of satellites is fielded in space, the follow on should already have been thought through, otherwise there will be a capability gap in many cases.

Commercial space is a competitive market, with Intelsat and other operators constantly investing in technology to better manage their own operations and to stay ahead of the competition. Operators of small constellations even hand over the operation of their satellites to Intelsat to ensure that the satellites are operated by skilled professionals who know how to use the latest technologies.

Intelsat’s recent announcement of a merger with OneWeb is evidence of the forward thinking taking place in the commercial sector. Together, the companies will create a space industry leader in both geosynchronous Earth orbit (GEO) and low Earth orbit (LEO). Together, they are looking to create the world’s first LEO/GEO Ku-band network. How GEO and LEO can work together was a hot topic at the recent Satellite 2017 conference in Washington, DC.

Commercial satellite companies have programs underway that could meet or exceed Canadian requirements for consistent communications for its military forces and government agencies, as well as provide connectivity for the country’s northern communities and for Arctic science experiments.

The combination of OneWeb’s proposed constellation of as many as 648 LEO satellites and Intelsat’s global constellation of more than 50 GEO spacecraft would give Canada access to wide-ranging communications capabilities, even in the nation's far northern latitudes, as early as 2020, well ahead of the projected timeframe of its proposed government satellite project.

The longer Canada waits to launch its satellites, the more urgent their SATCOM needs will become. By considering commercial SATCOM capacity, Canada can access the latest satellite technology, improve coverage and performance while also saving a great deal of money. Hopefully, that’s the kind of value proposition in space Canada simply can’t ignore.

The preceding articles are courtesy of Intelsat General's SatCom Frontier infosite and their editorial team.
intelsatgeneral.com/