As we enter a new decade, at least one item is clear: satellites and space-based capabilities are playing an indispensable role, from providing essential services such as GPS and communications, to imaging and surveillance.

The opposing reality is that adversaries are developing a variety of means to disrupt reliance on commercial and military satellites, heightening the importance and need to protect and defend these assets.

In this changing space environment, one the military has acknowledged is evolving into a warfighting domain, RF monitoring is being put to expanded new uses to address these challenges, and to help better understand, pre-empt and prevent threats to satellites.

For years, RF monitoring has provided value to support a wide range of space operations, from supplying ephemeris to track satellites on-orbit, to monitoring payload performance and usage, to detecting and geolocating interference. 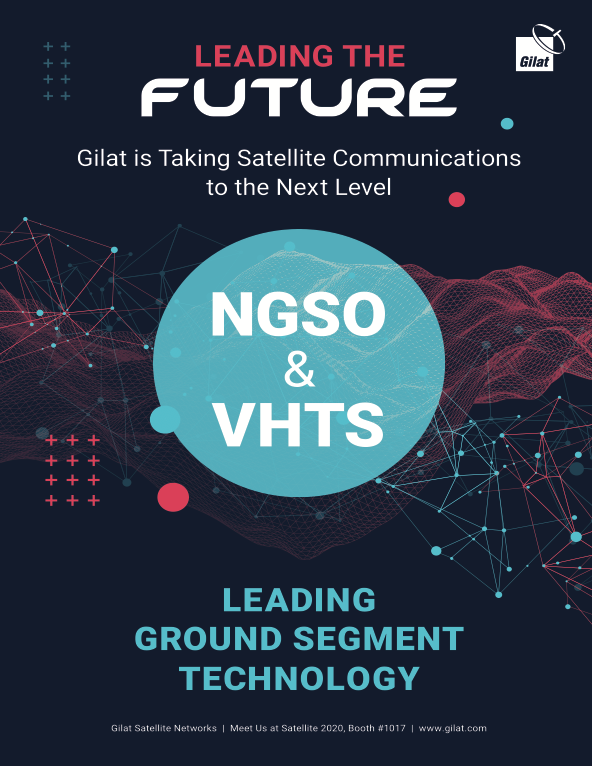 Monitoring RF across Military and Commercial Satellites
Historically, the most common threat to satellites has been from interference, with the vast majority of these instances caused inadvertently by misaligned antennas and transponders, configuration issues as well as human error.

However, in more recent years, adversaries have increasingly invested in means to disrupt satellites through electronic jamming and other techniques, actions that would challenge our capabilities and potentially upend the diplomatic use of space.

The U.S. military monitors many of its own satellite systems, such as the Wideband Global SATCOM (WGS), a high capacity satellite communications system. But as it increasingly relies on the commercial sector, leasing capacity from operators launching new satellites, it is also turning to commercial innovation and partners to augment its RF monitoring in an evolving threat environment.

A recent Department of Defense (DoD) contract illustrates an approach to monitoring that will protect its more diverse fleet of leased and owned capacity from commercial and military satellites. Kratos, which has monitored satellites for commercial and government organizations for years, will provide the DoD with continuous RF monitoring for government leased bandwidth on commercial satellites, bandwidth on military satellite communications and bandwidth identified by the Combined Space Operations Center (formerly the Joint Space Operations Center).

Kratos, which operates a global RF network of more than 80 antennas and sensors across 20 worldwide sites, has tuned its infrastructure to support the shift from a more neutral space environment to a more congested and adversarial one.

These RF techniques can characterize and identify interfering activities, whether due to the proliferation of VSAT terminals, intruding signals from adjacent satellites, or the friendly ‘blue’ interference that can occur in naval fleets or on the battlefield.

The Growing Threat-scape
There are other threats to satellites beyond interference. As space grows more crowded and contested, with thousands more satellites planned for launch in the coming years, the risk of collisions and other events also rises.

The remoteness of space is no longer an assurance of security. Here, too, RF monitoring is playing a crucial role.

Traditionally, Space Situational Awareness, or SSA, has focused on tracking thousands of objects in orbit to avert and prevent orbital conjunctions or collisions.

SSA has relied mostly on sensors such as electro-optical telescopes and radar to observe satellite positions. However, these sensors also have limitations.

Telescopes are unable to track satellites in the bright light of day or when obscured by cloud cover or other adverse conditions; most ground-based radars do not extend beyond LEO to the geostationary arc.

Such blind spots could be used to shield maneuvers and potentially threaten nearby satellites. For example, when a satellite unexpectedly moved within mere kilometers of U.S. and allied satellites several years ago, it alarmed the international community and sparked concern about its undisclosed intention and the reality of such dangers.

In contrast, the RF signals used by satellites to communicate can be monitored day or night, in all weather conditions and offer a wealth of information that is either absent from, or to augment, other sensors.

This RF data can be used to locate satellites, detect their maneuvers, even spot unusual or anomalous behaviors in real-time to alert operators when a satellite is deviating from its normal expected patterns of life. Further, RF data can characterize specific satellite behaviors and determine, for example, if an unexpected maneuver represents the drift resulting from an onboard system malfunction or that of an adversarial intent.

In theory, this RF data always held significant value, but in practice wasn’t available at scale due to limited sensor coverage and incomplete infrastructure.

Now, with commercial global monitoring available, RF data can be collected for the complete geostationary arc at all times, providing unique insights that escape detection or characterization by traditional sensors.

Supporting the Shift from SSA to SDA
In 2019, the U.S. Air Force Space Command called for a shift in focus from the basic tracking of space objects, or Space Situational Awareness, to what it now calls Space Domain Awareness, or SDA.

This pivot from SSA to more comprehensive SDA reflects the need to know where satellites are in orbit as well as what capabilities adversaries can institute and how their activities could affect U.S. satellites and the nation’s use of space.

RF data, pulled from the same network that Kratos uses to monitor interference around the globe, can help military and commercial operators better understand how the entire RF domain is used by the U.S., its allies and its adversaries, and how an adversary may be impacting MILSATCOM capabilities.

The unique signatures of RF waveforms can be used to attribute a satellite’s origin or ownership, its payload type and operations and even infer its capabilities and intent. When combined with data from other sensors, the RF dimension helps provide a more insightful and complete picture of the space domain, while eliminating conventional blind spots.

Reorientation to Space
Recognizing changes in space, the government has also adapted to such needs, in part, through reorganization.

In 2019, it authorized the creation of the Space Force, a new sixth, formal arm of the military. This dedicated entity will have a heightened focus on awareness of space as a warfighting domain, just as it does for land, sea and air operations.

Figure 2 and Figure 3. RF to Detect Maneuvers: One method is to observe Doppler shifts of a satellite. When in natural motion in geosynchronous orbit, a satellite projects a Doppler shift similar to the image above left. When it unexpectedly maneuvers or accelerates, a discontinuity can be observed in the Doppler shift motion shown in far right image.

RF and other sensor data will help these forces to determine, for example, whether a glitch in a satellite is due to an electronic attack, inadvertent cause or if a satellite is moving too close as well as when such scenarios occur, what actions should come next.

As the military prepares for new war footing in space, it will transition and offload more traditional space traffic management (and SSA) from within the U.S. Air Force to a more civilian function under the Department
of Commerce.

Commercial RF data can augment the government’s existing sensors and resources to gain a more complete and accurate real-time tracking of space and satellite activity for collision avoidance.

Supporting New Mitigation Strategies and Resilient Space Enterprise
While RF monitoring helps detect threats and enhance space domain awareness, it is also being leveraged as a key mitigation strategy to maintain MILSATCOM for soldiers and their missions.

In an innovative new approach to resilient MILSATCOM, Kratos, along with the company’s partners as well as the U.S. Air Force, are developing a new enterprise ground architecture that will detect disruptions and automatically switch users to alternative satellites or networks
for mitigation.

The Enterprise Management & Control system, or EM&C, will enable roaming across military and commercial satellites and networks in much the same way that commercial cell phone networks roam to ensure users remain connected. 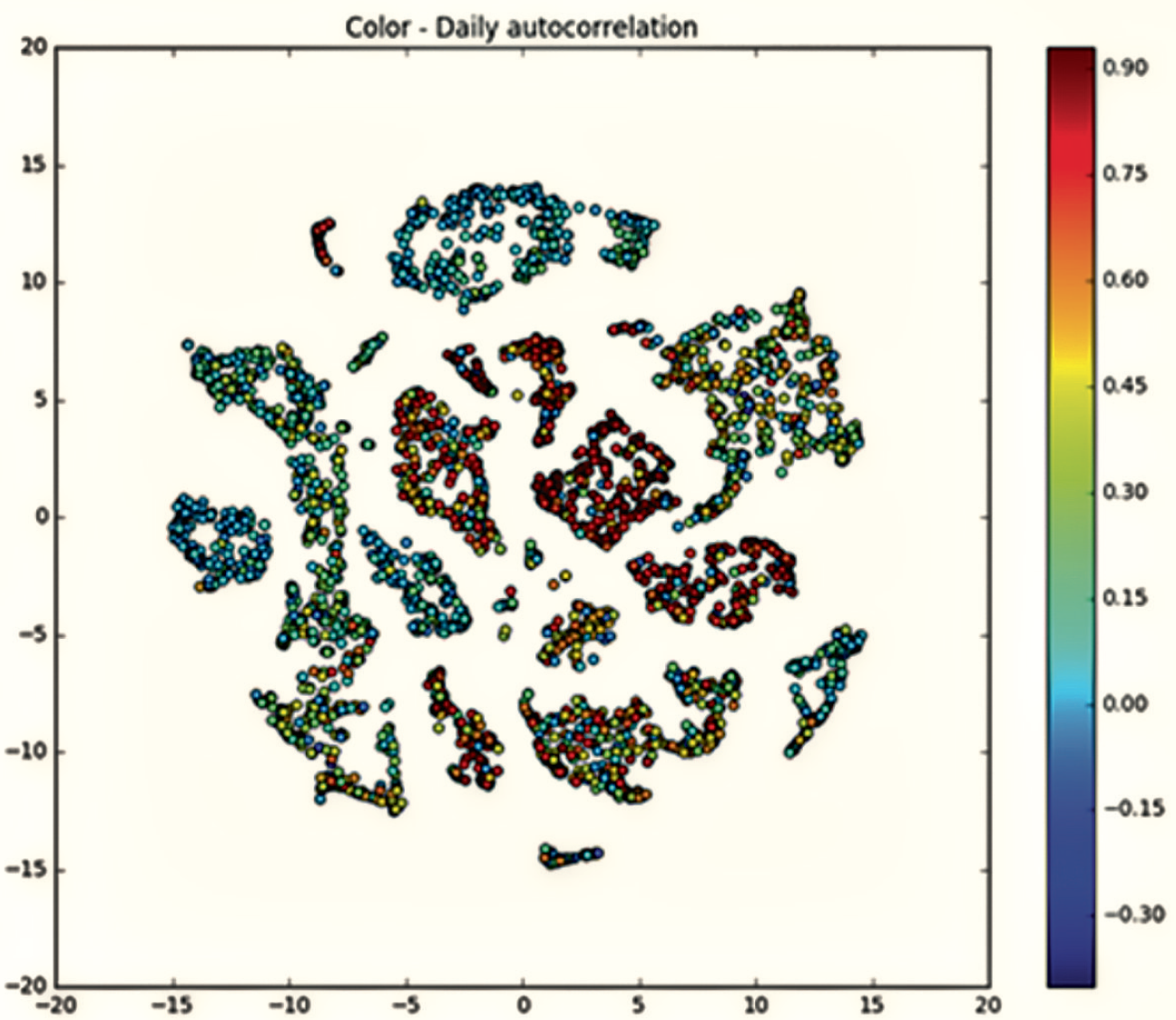 Figure 4. RF Data to understand satellite behavior and capabilities. The clustering algorithms, above, classify the types of RF traffic from a satellite. The color-coded bubbles represent the numerous channels and types of traffic being carried.

The RF monitoring component that is part of the EM&C architecture provides an enterprise-wide view or common operating picture (COP) of the health, status and availability all satellites, gateways, and terminals.

If the system detects jamming or other threat, it will identify the most suitable available satcom resource or service. EM&C’s software-defined

architecture will then re-provision users in seconds or minutes, bypassing the interference or threat to maintain connectivity.

As the DoD looks to a more combined concept of operations, merging military and commercial space capabilities, such flexible new architectures featuring an RF common operating picture will support a more resilient and robust space enterprise.

Maintaining uninterrupted satellite operations will be necessary as the military pursues multi-domain operations, where it seeks to integrate space capabilities more closely with terrestrial forces.

In addition to protecting SATCOM, RF systems are also being developed (by Kratos) to monitor and protect the command and control (C2) links that fly Earth Observation (EO) satellites and other systems for more resilient operations.

The Increasing Value of RF Monitoring
With the increasing dependence on space, and a growing array

This includes detecting interference and other threats across military and commercial systems, supporting a more complete concept of space domain awareness, and enabling a more defensible, robust, and resilient space enterprise. 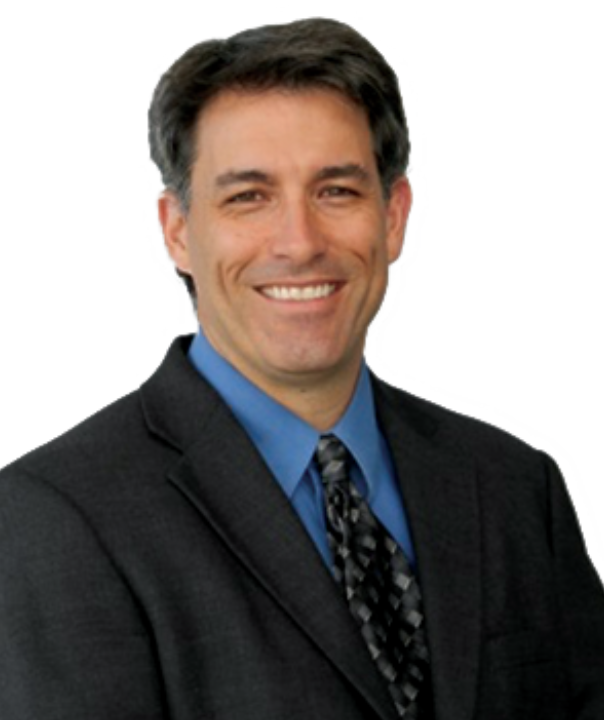