SSL is a leading provider of commercial satellites and innovative space-based systems—the company is also the only US manufacturer with the ability to incorporate robotics technologies proven on the Space Shuttle, the International Space Station, and the Mars lander and Mars rovers, into its world leading satellite platform. 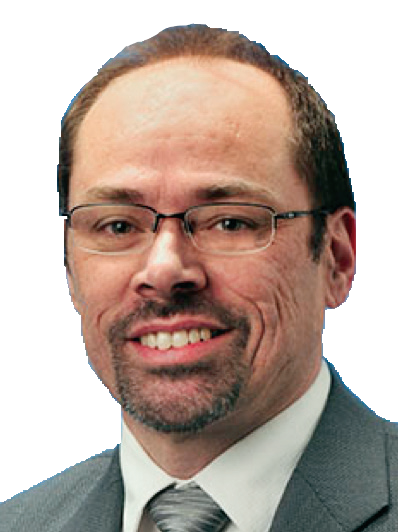 As a result of these missions, the company has been funded by DARPA and NASA to develop a capability for satellites and spacecraft to self-assemble on orbit. The program, called Dragonfly, will begin with the design of a satellite with a built in robotic arm that can deploy and reconfigure large radio frequency antenna reflectors while on orbit. SSL has a patent pending for this technology.

One of the greatest limitations for communications satellites is the volume of the launch vehicle fairing, which is the nose cone of the rocket where a satellite is safely housed for the taxing trip to orbit. Satellites are designed to maximize the space within the fairing, with equipment such as solar arrays and large antenna reflectors folded up against the main structure for launch. However, there are size constraints that limit the capabilities and performance of a spacecraft. Dragonfly will enable larger and more powerful satellites that otherwise could not launch within the fairings of today’s launch vehicles and will ultimately lower the cost for high performance missions. 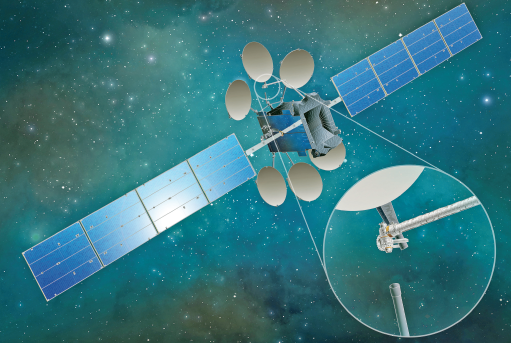 In order to maximize the payload equipment on any given launch, large reflectors can be stacked and stowed in a highly efficient configuration within the fairing.

Once on orbit, the satellite’s built-in robotic arm can travel, much like an inchworm, across the spacecraft to pick up and attach reflectors into their operating positions. The concept, which will be demonstrated on the ground in 2017, will have both commercial and government applications.

As the demand for the transport of digital information grows, with the expectation that high quality video and huge amounts of cellular data should be available from anywhere in the world at any time, the role of HTS will continue to expand. Satellites with larger and more strategically placed antenna reflectors will offer higher capacity to help meet this demand.

The Dragonfly program is expected to demonstrate that satellites and other spacecraft with built in, mass-efficient robotics capability can actually lower cost and mass for the highest performing systems. Ultimately on-board robotics are expected to be used not just for initial assembly but to move and replace reflectors and reconfigure and refresh payload equipment. This would allow satellite operators to change and adjust satellite antennas years into the mission life for flexibility and to accommodate technology advances and changing requirements. 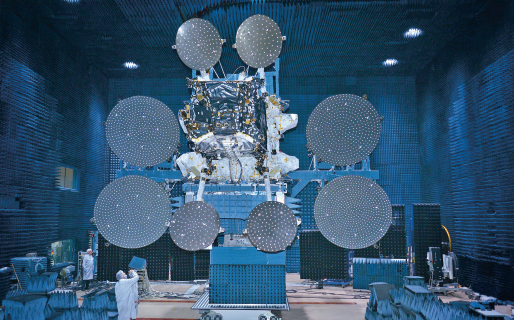 For many geostationary (GEO) satellite applications, larger reflectors mean better performance, and this is particularly important for high throughput satellites (HTS). Larger reflectors on the satellite enable more radio frequency (RF) power to be concentrated into each beam, and also allow for smaller receiver devices on the ground in either fixed or mobile locations.

By selecting Dragonfly for one of its nine “Tipping Point” collaborations with industry, NASA’s Space Technology Mission Directorate has identified it as having potential to become a critical future space capability. The goal of the NASA program is to mature technologies beyond their “tipping point” to help private industry to develop and qualify them for market, stimulating the commercial space industry while at the same time delivering technologies and capabilities needed for future NASA missions and government missions. 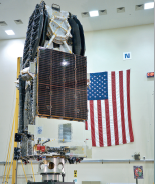 An SSL 1300 satellite during the build process. Photo courtesy of SSL.

A technology is considered at the tipping point if an investment in a demonstration of its capabilities would result in a significant advancement of the technology’s maturation, high likelihood of infusion into a commercial space application, and significant improvement in the ability to successfully bring the technology to market.

The Tipping Point initiative is a two year, multi-million dollar effort which calls for NASA to work with the commercial space industry to advance the goals for robotic and human exploration of the solar system through the development of critical space technologies, such as on-orbit robotic assembly of satellites and spacecraft.

The commercialization of technologies that may also be of value for both civil and DoD missions helps build the supply chain and enables rapid generational advances to help reduce the cost of government missions. The Dragonfly system, which might ultimately enable significant manufacturing in deep space, offers great opportunity for commercial satellite operators in the near term. It also has the potential to serve as a stepping stone to future advances in space including on-orbit habitats, supply depots, and travel to distant planets.
sslmda.com/