Throughout human history, there have been inflection points in military capabilities that fundamentally changed the way warfare was approached.

These inflection points combined technological advances, doctrine updates and organizational changes. Military historians and analysts refer to these occurrences as a “revolution in military affairs” (RMA).

In this article, the focus is on the continuing technological advances in smallsat mission design while noting that to truly benefit from the smallsat RMA, governments and militaries must follow through on the necessary doctrinal updates and organizational changes.

In the late 19th and early 20th centuries, ground warfare was initially transformed by the invention and adoption of the repeating rifle. This weapon advance was made possible by the development of the self-contained cartridge. By World War One, the development and implementation of the machine gun lead to another major advance. 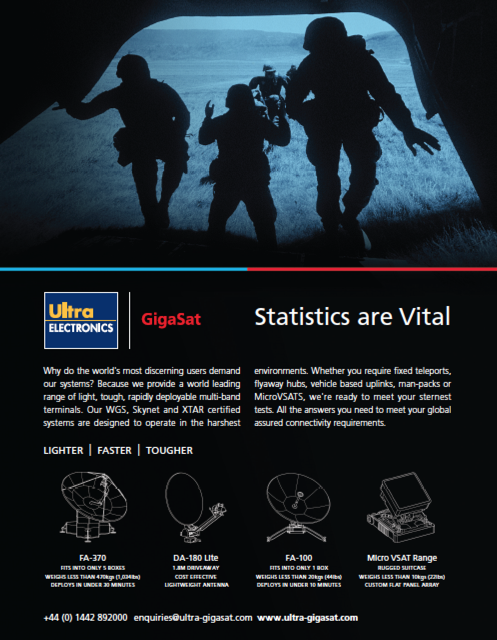 The latest revolution started after Operation Desert Storm in 1991 differs from prior evolutions as the focus was on information. Heralded as the first “space-enabled” war, Desert Storm ushered in the era of using space-based capabilities to make ground, air, and naval forces more effective prosecuting enemy targets.

Taking that thought a step farther, the current renaissance in smallsat design and applications, combined with the ongoing development of smallsat launch capabilities, represent the technological advancements necessary to fuel the next revolution in military affairs within the context of space operations.

Advances in the smallsat industry are significantly lowering the cost and the time required to exploit the ultimate high ground. What has typically required nation-state level resources can now be implemented at far less cost and at a pace previously unobtainable.

This smallsat RMA could also be a forcing function that allows the implementation of current national security space concepts such as resiliency, disaggregation and rapid-reconstitution in ways never before possible in a cost-effective manner.

HawkEye 360 (HE360) is a great example of this premise—the company is privately funded and harnessing the power of the smallsat to perform a service that has, historically, been the domain of the nation state: exploiting the radio frequency (RF) portion of the electromagnetic spectrum.

Similar to the early days of commercial satellite imagery, when high-resolution satellite imagery was chiefly managed by governments, HE360 is developing a system that will extend access to RF signal data and what that means from a “Big Data” analytics perspective to the commercial marketplace.

The way everyone will look at the world and how the world uses data from small satellites is changing. When you combine HawkEye 360's planned offerings with similar ones from companies such as BlackSky, the military will be able to rapidly access combined geospatial products in ways that have been previously unavailable.

Making The RMA Possible
The traditional satellite constraints of Size, Weight, and Power (SWaP) are of particular importance to the smallsat industry. Historically, the utility of smallsats (including cubesats) was limited by the available spacecraft volume and the power generated by body-mounted solar arrays. However, this is all changing as electronics become smaller and more powerful and smallsat power generation increases. For HE360, the key technology advances include the following:

Miniaturized Electronics
Perhaps the greatest driver in smallsat design is the continued shrinking of electronics. This miniaturization offers smallsats increased processing power to do new, more complex tasks as well as allows the spacecraft to perform this processing at significantly lower power levels.

Every single processing component, from incredibly powerful Application Specific Integrated Circuits (ASIC) to reprogrammable ARM processors and Field Programmable Gate Arrays (FPGA), are enabling smallsats to perform at the level of full-sized satellites—but at a fraction of the required power. Taken in total, the availability of high-power processing to smallsat design is staggering.

HE360, in partnership with GomSpace, is benefiting from these advancements by combining commercially available RF System on a Chip (SOC) technology with reprogrammable FPGAs to be the foundation of our smallsat’s payload. 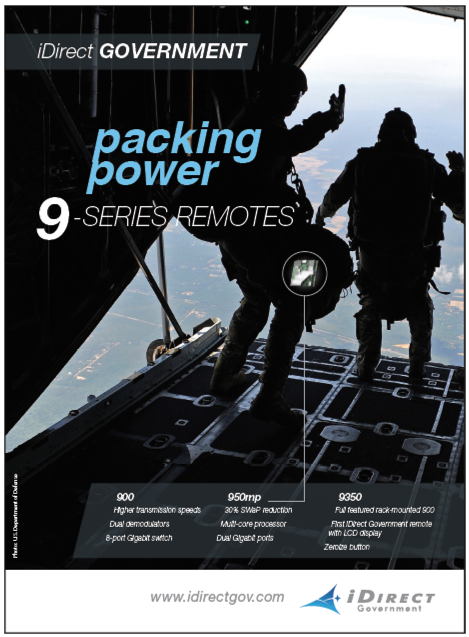 A Key Enabler
One of the challenges facing smallsat designers is developing a propulsion system that is on par with those found on larger spacecraft. For HawkEye 360, the propulsion solution was just as important as the microelectronics going into our software-defined radios, and was a key decision point for the firm in selecting Deep Space Industries (DSI) and their partner, UTIAS Space Flight Laboratory, as the prime spacecraft supplier.

Their DSI Comet-1™ electrothermal micropropulsion system provides HawkEye 360 with the necessary thrust and stored delta to support station keeping requirements throughout a three-year design life. Enough margin is available to extend beyond three years and still deorbit HE360 satellites if necessary for debris mitigation compliance. It also helped that the Comet-1™ uses water as the propellant—that greatly simplifies ground processing and launch procedures for smallsats.

Launch
Possibly the most substantial contributor to the smallsat RMA is the developing smallsat launch industry. The current practice of ride-shares to orbit is great for initial demonstrations and for those missions that don’t require specific orbit architectures to optimize performance.

However, to fully realize the RMA that smallsats will bring, a cost-effective, dedicated ride to space is crucial. The launch industry is answering that need.

From Spaceflight’s Sherpa to Vulcan’s StratoLaunch capability, there is much activity within the smallsat launch industry that promises enhanced and cost-effective access to orbit for smallsats. At HE360, this development is being closely watched. The potential to use these emerging launch-on-demand systems that provide a dedicated ride to orbit at the ride-share price point is obviously quite significant.

Open Standard SDR
The other key enabling technology for the company is the advancement in open-standard software-defined radios (SDR). GNU Radio is the foundation being used by the company as an incredibly capable RF receiver payload.

HE360 code is being used with advanced Field Programmable Gate Arrays (FPGA), which will allow signal detection, characterization and geolocation capabilities throughout the spacecraft’s three-year design lifetime to be updated when required.

A Revolution In Situational Awareness
The real value that HE360 will bring to the market is distilling RF spectrum utilization data into actionable information and then using that information to build knowledge products tailored to address our customers’ difficult problems.

Our challenges of Big Data require bold approaches to automation and machine learning. Over time, the plan is to advance HE360 system satellites to become increasingly autonomous.

The goal is to ultimately have a robust machine learning capability that will, for example, allow the system to predict future behavior to the point of autonomously tipping/cueing commercial satellite imagery or receiving similar tip-off information from the imaging systems.

In the end, the anticipation is an integrated machine-to-machine system that facilitates a new level of situational awareness in the transportation, maritime, and wireless communications (both terrestrial and satellite) markets.

A Different View Of The World
Previously mentioned have been the parallels between the commercial satellite imagery industry and the plans for HawkEye 360, but there’s also an intersection point between the two: geospatial information.

Thanks to the growth and availability of remote sensing systems and their data, the geospatial industry is thriving and evolving beyond only images of objects. Activity Based Information (ABI)—looking at why something is happening in addition to where it’s happening—is driving new methodologies for observing activity on Earth. 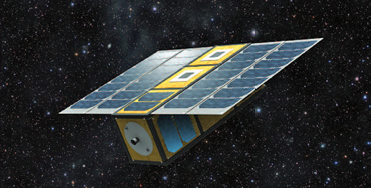 Combining varied data sources allows the geospatial analyst to infer additional insights beyond just the static snapshot of the scene. HE360 RF data builds on that concept and will allow ABI to be taken a step further by creating contextualized activity based information (CABI).

For example, suppose a customer has a commercial satellite image of various ships in a specific sea line of communication (SLOC). This static image brings to mind several questions:

The static image, depending on resolution and amount of cloud cover, may allow answers to some of these questions. HawkEye 360’s data analytics can provide those answers... and then some.

The firm's Maritime Domain Awareness line of analytic products is designed to determine a ship’s identity and self-reported location from its Automatic Identification System (AIS) broadcast.

This ability is differentiated from other commercial sources of AIS data by also providing an independent geolocation of the AIS broadcast itself to verify that the ship is at the location it is reporting. This is important because a nefarious actor can easily spoof their reported location.

Suppose that the AIS-identified ship is listed on the military’s watch list, and the ship’s captain turns off its AIS thinking they will be able to hide from detection. HE360’s planned system is addressing this very real hypothetical scenario.

In addition to AIS, the HE360 system can collect and geolocate other sources of RF data from a ship, such as its navigation radar or satellite communications. This information will be used in combination with AIS, if it’s available, to dynamically observe the ship’s heading, speed, and course, thus allowing one to deduce the nature of its activity and provide the missing context to that original satellite image.

Also planned by HE360 is to provide a tip-off message to the company's commercial space imaging partners in order for them to provide a current image of the suspect ship. HE360's watch center would then take that updated image, combine that image with the RF track data, and then produce an actionable knowledge product that the military can use and share with all coalition partners—without restriction.

A Bright Future
At HawkEye 360, the future is exciting and the company thrives on solving big problems in collaboration with industry and government partners. The development of the Pathfinder Cluster mission of three smallsats to LEO, scheduled for Q4 of 2017, is well underway

From the successful airborne demonstrations this year to the planned Pathfinder next year, HE360 is moving forward at a rapid pace to bring commercial RF sensing from space to market and to help change the way the world is viewed
www.he360.com
deepspaceindustries.com