The Constellations podcast by Kratos connects the listener to the innovators, entrepreneurs and policy makers who are making and remaking today’s satellite and space industries

The company recently released their 15th edition of their Government and Military Satellite Communications report.

After several years of stagnation, the MILSATCOM market is growing, with the $5 billion revenue in 2017 expected to double over the next decade.

What’s causing this change, and what are the key factors driving the military market are the topics of discussion for the Constellations podcast — the original interview has been edited for brevity and format.

— Listen to this and 40 other podcast interviews on Constellations —
www.kratoscomms.com/constellations-podcast?utm_source=MilSat&utm_medium=email&utm_campaign=Feb2019 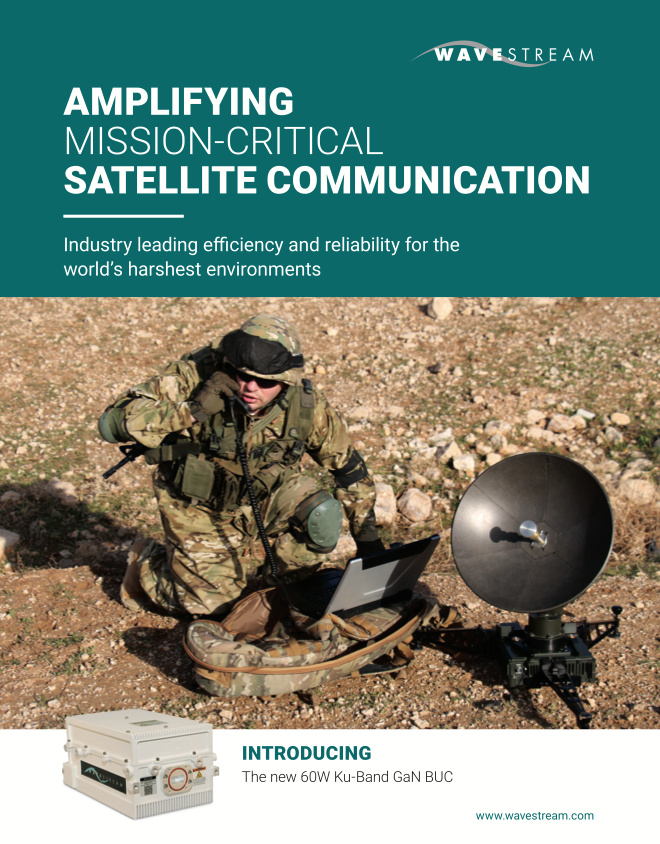 John Gilroy for Constellations
Brad, the DOD doesn’t seem ready to adopt LEO or large constellation architectures for future DOD-owned constellations.
Do you think the nascent LEO mega constellation such as OneWeb will be successful in proving out that model?

Brad Grady, NSR (BG)
When we talk about adopting mega LEO constellations or non-GEO HTS constellations there are lots of challenges, and not just in flying them.

When you look at players such as OneWeb, SpaceX or Telesat, one of the surprising things that we found in our latest report, and what’s come out of the DoD’s wideband Analysis of Alternatives (AoA) study, is how many issues are happening on the ground. There are 17,000 terminals and trying to build and consolidate those terminal programs is a difficult task.

Constellations
So, the non-GEO world is affecting the ground market as well?

BG
Yes, in both commercial and government.On the commercial side, there are evolving business models, and on the government side, they’ve never been an early adopter. It’s always been a let’s wait and see, and there are various reasons for that. We expect to see the same behavior on the non-GEOs.

Constellations
What is the role for non-GEO satellites in the military market?

BG
It’s important to make the distinction between the LEO players that are coming and MEO. O3b by SES, which is MEO, is providing connectivity and services to the DoD across a variety of applications and doing things that you wouldn’t necessarily expect, like airborne communications and other applications. So, it’s a question of how LEO is going to be integrated into that network design.

Constellations
When you look at the technologies on the ground – the terminals, the waveforms, the command and control, even policy – are these lagging and putting obstacles in front of the space segment?

BG
Yes, and it’s not just a DOD trend. It’s across the satellite sector in general of how we take advantage of next generation networks and new space technologies and integrate that into our network.

We’re seeing this emergence of multi-band antennas being able to integrate multiple frequencies, multiple architectures into the antenna itself and build that network and simplify the ground infrastructure.

For example, you don’t want an antenna farm of four or five bespoke antennas each doing just one thing on a Navy ship with limited space.

Constellations
Is it a matter of financial considerations or are there too many new choices now with all these advances? 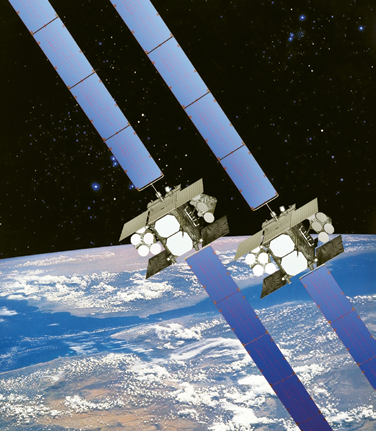 BG
A bit of both. On the investment side, the challenge is you’ve already invested in the 17,000 terminals for the U.S. DOD and others across the world. What do you do with them when you’re talking about adding new things into the network that weren’t designed for them?

There may be some additional investments or additional problems to migrate those terminals to new technologies and new infrastructures. How do you bring the old into new networks and new architectures? But with the new, you have a real chance for innovation in those technologies.

Constellations
Is the addition of more MILSATCOM wideband capacity adding to  the confusion?

BG
Absolutely. If you’re a commercial player and you hear the recent allocation from Congress for WGS 11 and 12, you worry if that’s a sign of things to come with the U.S. government investing in more wideband capabilities.

I think the answer is probably not. If there’s one trend that we’ve seen, bandwidth demand goes up, not down, and even with the creation of the WGS program, commercial SATCOM leasing is continuing to go up.

Another result from the wideband AoA is the need to design in next generation architecture from day zero, not as an add-on later.

Constellations
It seems that the commercial and the federal worlds are each trying to learn from each other and take their cue from who the leaders are.

For example, there’s now greater capacity being offered from GEO HTS Ka band for the overall market, but is it changing the military?

If you look at a system such as Global Xpress from Inmarsat or Viasat, there’s some compatibilities on the terminal side designed to operate in Ka-band. If you’re a DoD customer, you can bring some of your existing ground infrastructure onto these new commercial systems. That’s a great selling point for a commercial satellite operator, meaning you don’t have to buy my terminal, you can bring yours onto my network and migrate.

Another point is that integrating networks used to require stitching together widgets from company A and company B, whereas now they’re focused much more on the IP layer. Commercial providers can now say, ‘I’ll bring everything up to that IP ethernet port, and you can manage everything on the other side.’ 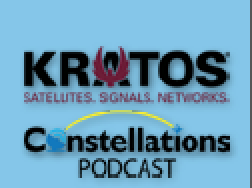 Constellation
Are there examples of the commercial and government markets engaging in a sort of public-private partnership?

BG
The best example of a public-private partnership in the government SATCOM world is Skynet 5 from the UK.

There was a partnership between the UK government and Airbus to have a fully managed proprietary military system delivered as a service. There were some challenges, but many saw Skynet as one of the better-managed PPP programs.

The flipside of that outsourcing is the brain drain. If you ever want to go back to “sovereign capabilities,” you need to hire new staff to learn to fly a satellite, to operate the RF layer, to manage the cyber security posture and more.

Government customers need to walk that line and manage what can be outsourced. Now that we’re focused a lot more on IP, that brings more opportunities to focus on network services and throughput, not just whether your terminal operates with this waveform or this specific capability.

Constellations
What other significant changes do you see? 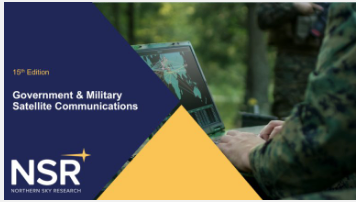 BG
The pace of innovation in government SATCOM today is faster than ever before.

WGS 11 and 12 are proposed to deliver on commercial timeframes, which if believed, would be in 36 months or so. It’s yet to be determined whether 11 and 12 will be another version of the WGS constellation that they’ve done, or if they are bringing next generation capabilities. That will shape a lot of direction.

Constellations
Commercial SATCOM providers want to offer managed services to the government, much like consumers who buy internet service. However, DoD wants the flexibility to buy from different vendors. How is the DoD addressing this push pull?

BG
On the surface, there are two ways. One is the DoD is still what I would call a service provider. When they buy raw capacity, they go to a satellite operator and say, ‘Give me a percentage of airtime, and I’ll build the network and connect the people.’ They’re acting like a service provider.

Traditionally, this bulk leasing market has been in decline, but we’re seeing a resurgence. Even with falling capacity prices and other market dynamics, in our recent report we’ve seen more optimism because there are certain inherent benefits of security, ownership, and sovereignty that you can’t get away from. 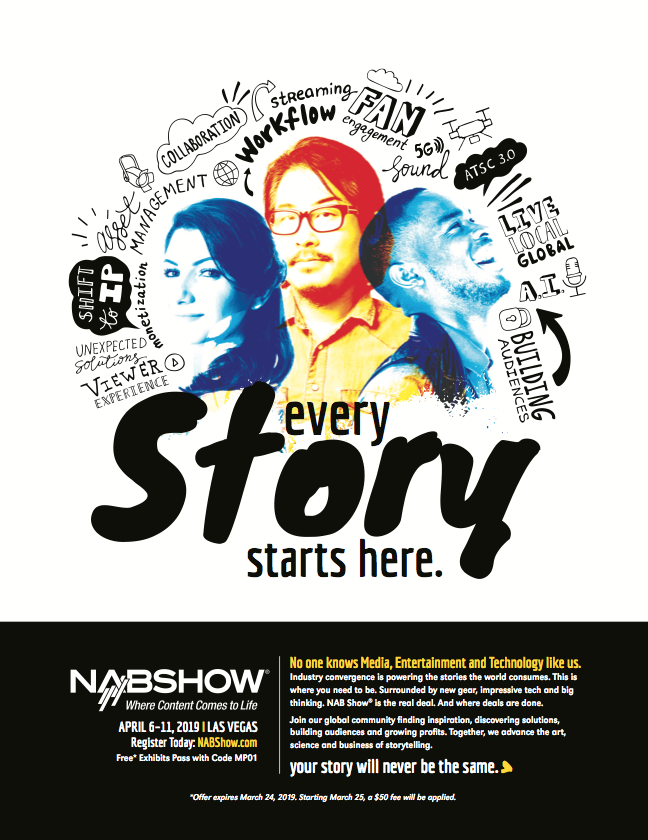 Constellations
Given its requirements, the government wants satellite networks and enterprise architecture with resilience, while on the other side commercial providers want steady cash flow and indemnification. How are they working together to make long-term plans for DoD SATCOM?

BG
There’s a meeting in the middle. The government is agreeing to change acquisition and to consolidate approaches across military systems, and commercial is making certain investment choices.

Procurement is a challenge to work through, but on a technical level there’s optimism in terms of flexible modem interfaces and other new hardware integration capabilities between military systems and various commercial systems. That’s what’s required to go forward.

Constellations
The U.S. Air Force study identified various types of wideband terminals across military inventory that are not compatible with commercial networks. Isn’t this a problem?

BG
Yes, it surprised many people, and not just the 17,000 terminals out there, but the 100 different programs and staff for acquiring these capabilities.

If you were a commercial provider, a cruise ship company or an oil and gas operator, you would not operate this way. There’s still friction and inertia behind that mindset, but there’s also a great deal of positive change.

Constellations
Two words that get many people upset is acquisition reform. What’s the military doing about this incompatibility?

The people building WGS are sitting alongside the people who are buying transponders and managed services and those things, which implicitly helps the problem. If you have people sitting in the same room, they can talk to each other.

The next is designing in commercial capabilities from day zero. If providers see that you’re going to invest in these new technologies, then they can bring commercial best practices in to solve government problems. They’ll focus on integrating at that IP layer rather than the RF layer or the hardware level.

Constellations
This will help government better deal with change in the future?

BG
One of the buzzwords is software defined...fill in the blank. Whether it’s terminals or software defined networks it’s a hot topic for a lot of reasons. It brings a lot of flexibility into the equation.

You can imagine a warfighter in the field, with only one terminal, one modem, and the satellite they need to talk to is not available. If they can upload a new waveform, a new capability, that’s the holy grail for resiliency and redundancy.

We’re seeing that on the commercial side with flexible satellite architectures and infrastructures and the amazing power that software can bring to redefining networks on the fly. Government is looking to take advantage of that.

Constellations
Along those lines, we hear terms like ‘networks of networks.’ Is there really something to that?

BG
It gets back to the warfighter scenario, where you need to figure out how to talk from Network 1 to Network 2. It’s hybrid networks, networks of networks, and systems of systems, and creating that flexible ground infrastructure to not care what the transport path is.

Maybe I need security around my ISR information and that needs to go over a proprietary network, otherwise it can go over a public network.

With networks of networks, we’re talking about best routing, least cost routing, those technical capabilities of matching the requirement of the application to the dynamics of the network.

Constellations
So it seems more and more is being driven by what’s happening on the ground.

BG
The next 12 to 18 months are going to be key in deciding whether these reforms are just the typical Washington dog and pony show or if there’s something really there.

We found in our NSR report many positive aspects to believe the story this time, and not just from the U.S. We see lots of people outside the U.S. investing in the technologies, capabilities, and services that are pushing the market forward.

Want to hear from more movers and shakers? Listen to the Constellations podcast.
Subscribe at: www.kratoscomms.com/constellations-podcast?utm_source=MilSat&utm_medium=email&utm_campaign=Feb2019

Have a topic you’d like us to discuss? Email Kratos at:
Podcast@KratosComms.com