For a number of years, small satellites have been seen as a way to provide low cost solutions for technical demonstrations. Only recently, have smallsats been viewed as mission-ready for government and IC programs. The commercial world has been quicker to adopt these new platforms than government and IC.

While virtualized environments allow IC programs to stand up new ground stations quickly and efficiently there is still some resistance to migrating legacy systems for a number of reasons — time and effort to prepare and complete a successful migration being chief among them. New programs, with no legacy systems to migrate, have been quicker to embrace virtualized environments.

What Does it Mean to be Virtual?
Webster defines virtual as “being on or simulated on a computer or computer network.”

What Does it Mean to be Virtual?
Webster defines virtual as “being on or simulated on a computer or computer network.” 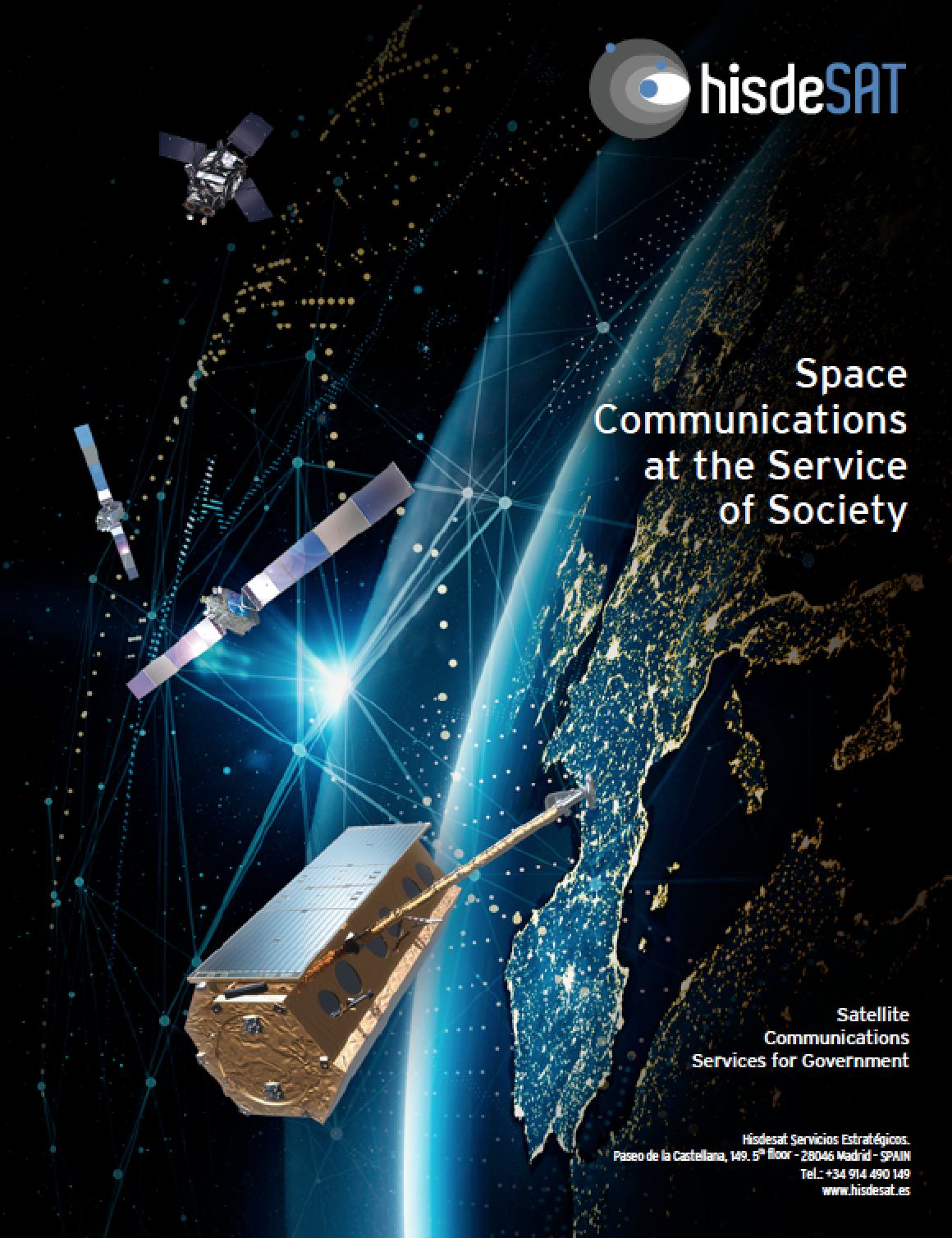 For the purposes of this article, virtual is further defined as a system or piece of equipment requiring only Commercial-Off-The-Shelf (COTS) hardware in standard configurations to run. Applying this definition to ground equipment, a virtual ground system or piece of ground equipment can run on a standard server or in a cloud instance with no special or system specific configuration of the underlying hardware.

Legacy Architectures
The architecture shown in Figure 1 below is generally common and known to be reliable among many satellite programs that are operational today.

In a traditional architecture, antenna systems tend to be more expensive and inflexible than the other pieces of ground equipment. In order to mitigate the need for every satellite program to build its own antenna farm, shared antenna systems, such as the Air Force Satellite Control Network (AFSCN), were created to provide a common, distributed antenna system through which multiple Department of Defense (DoD) programs could interface for antenna uplink and downlink services.

Shared antenna systems also exist in the commercial market as well with companies such as Kongsberg Satellite Services AS (KSAT), Swedish Space Corporation (SSC) and Atlas providing services to commercial entities as well as some national programs.

While shared antenna systems reduce the antenna expense, mission specific hardware or systems may still be required to be co-located at the antenna site. Such co-location increases hardware investments and expands datacenter floor space. Using edge devices, virtual architectures, and even architectures augmented with virtual solutions can result in a reduction in overall operating costs.

Virtual Architectures
Virtual architectures look very similar to the “traditional ground system architecture”, yet there are some major differences:

Now separated from the digitizing front end, the virtual environment could host the modem (software). This lends itself to unique architectures such as distributed ground sites with consolidated processing through RF transport.

Serial communications, as shown in Figure 1 on the previous page, are common in traditional ground systems. Virtual environments by their nature do not support serial interfaces. However, by using serial to IP converters, items such as legacy serial cryptographic devices can be used in a virtual environment. This is one example of how a current architecture can be augmented with
virtual solutions.

A Virtual Ground System: quantum®
For this article, smallsats are defined as “a small satellite being nominally 500 kilograms.”

Smallsats require ground systems that match the rapid rate of innovation and reduction in cost that COTS products give them on the spacecraft side. As traditional architectures are unable to rapidly meet the ever-changing needs of small satellites, a virtual ground system environment is the perfect solution for small satellite users.

quantum is the Kratos smallsat virtualized product family that is intended to solve small satellite ground system requirements. The quantum system consists of narrowband and wideband offerings. The system has been designed to support missions through various stages; i.e., development, integration, launch and operations.

Multi-mission and re-use were major development requirements for the quantum system. By ensuring the developed ground system could be used for the current missions, but also for the next several missions, the quantum system is a virtualized solution meeting the majority of
users needs. While many users can use a COTS ground system out of the box, provided the system has enough configurability, there will always be those users who need something special.

A virtual environment provides the flexibility for ground system developers to create custom patches to standard baselines allowing them to adapt quickly and efficiently to special customer requests.

While the majority of the quantum ground system is virtualized, there are pieces, which for different reasons, consist of hardware units. These hardware pieces are further discussed in their respective sections.

The edge device or SpectralNet Lite brings a tunable range of RF frequencies, from IF up to S-band, into the digital domain. For small satellites, this is huge as they only need a single device located at the antenna and can potentially remove block converters from their budget.

The software modem or quantumRadio provides a wide range of modulation and forward error correction schemes. Currently, supporting up to 10 MHz of bandwidth, the quantumRadio is designed to handle narrowband commanding and telemetry links but can also be used for narrowband payload links. This flexibility makes it ideal for supporting a small satellite program.

The front-end processor or quantumFEP handles all of the baseband processing. Supporting a range of data protocols, the quantumFEP also provides encryption services at many different levels. Management of AES keys, their storage, and over the air rekeying (OTAR) are functional capabilities baselined into the quantumFEP.

quantumMR is a COTS hardware solution tailored specifically to meet data rates of small satellite payload downlinks. The quantumMR can support two independent receive channels, each capable of processing up to 600 Msps, making it a power house in the smallsat receiver market. While the quantumMR is a hardware solution, it was developed with a virtual architecture in mind. By embracing standards such as Vita-49 and CCSDS, quantumMR is highly compatible with a
virtual environment. The quantumDRA is a virtual recording application that also provides some high
level processing.

Edge Devices
Edge devices will continue to play an important role in virtual architectures. Somewhere in the system, the RF signals have to get into the digital domain. Edge devices perform the function of analog to digital (A/D) and digital to analog (D/A) conversion.

The quantum edge device (SpectralNet Lite) supports an open standard on its data interfaces. This is a key feature that must be supported by edge devices wishing to exist in a virtual environment. By open supporting standards, these devices (along with the antenna system) begin to look like nodes on a network and can be used by just about any software modem anywhere to take a pass.

Benefits of Virtual Ground Systems
While there are the obvious benefits to virtual ground systems, like total cost of ownership, benefits such as configuration management in a multi-mission environment may not be as obvious.

Multi-Mission
A virtual architecture lends itself well to a multi-mission environment where multiple assets are trying to use the same ground system. Configuration management of ground systems for the multi-missions becomes very important.

The quantum applications allow for application level configuration management. Additionally, VMs have tools (i.e., snapshot and templates) that provide the ability to control configurations at the system level. 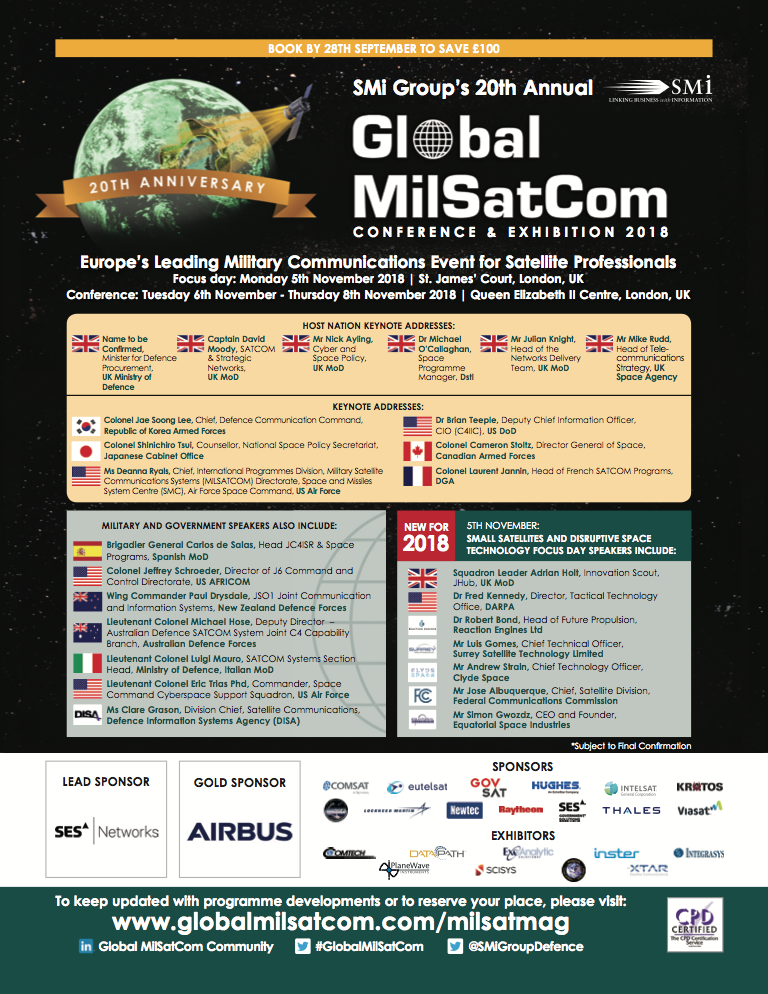 Virtual environments allow for ground network service providers to onboard customers quickly and cost effectively. End customers can develop against an instance of the virtual solution and then pass along system configuration files to the network provider. Issues such as different hardware configurations and incompatible pin outs on serial lines that plague hardware solutions do not have any impact on virtual solutions. Additionally, multiple network providers or ground networks can all share the same configuration or even the same instance of the solution (contained in either a virtual machine
or container).

Cost
Virtual solutions allow ground systems to scale exponentially with minimal hardware investments compared to hardware solutions. Additionally, cloud computing introduces architectures that reduce the initial capital costs of ground equipment to near zero and missions or programs run entirely on operating budgets. With all that being said, software solutions are not free. Lots of time and effort goes into ensuring virtual products work consistently and that they perform to the same level as the hardware solutions before them.

Delivery
System delivery tends to be the next major pain point. With many hardware based ground systems, typical delivery time frames of three to six months (sometime longer) are not uncommon, whereas quantumRadio has an advertised lead time of less than 30 days.

The ability to deliver virtual ground solutions allows for the rapid deployment of ground sites. Programs that would have taken several years can be deployed in several months. Additionally, new capabilities can be delivered either as updates or as patches to existing systems.

Redundancy and Resiliency
Virtual systems are able to leverage the work going on in other software based environments, one of which is redundancy. With virtual machines (VMs), whole systems can have fail-over capabilities with systems monitoring each other and even fail-over between COTS servers. Kratos has government users who have deployed these architectures to increase the resiliency of their systems today.

Crypto
While many aspects of the small satellite ground architecture have been virtualized, there are a number of things that are much more difficult to virtualize (i.e., serial interfaces). Cryptographic devices used to encrypt commanding data and decrypt telemetry data, especially in the government and IC programs, are hardware systems that are tightly controlled. Virtual systems have the ability to interface with these devices and programs requiring their use.

Many commercial customers today use commercially available AES encryption and decryption to secure their links. quantum supports commercial AES and can support secure links in cloud-based architectures. Small satellites, especially in government programs, have been seen as a way to demonstrate technology. These “tech demos” often have little to no security on the link. quantum offers a way to provide an additional layer of security to these demonstrations.

Author Jordan Klepper of Kratos Defense may be contacted at jordan.klepper@kratosdefense.com