Northrop Grumman Corporation has delivered the second of two payloads that will be hosted on government-owned satellites to bring next-generation protected, Extremely High Frequency (EHF) communications to users in the north polar region (above 65 degrees North). 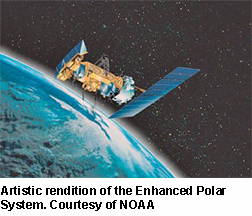 “Reuse of existing hardware and software resulted in a highly successful EPS payload development, providing a significant value for Americans,” said Stuart Linsky, vice president, Communication Programs, Northrop Grumman Aerospace Systems. “As we did with the AEHF payloads, both EPS payloads were delivered ahead of the government need. Like the first EPS payload, the second successfully used flight-proven components, dramatically lowering development risk, cost and schedule of the highly advanced anti-jam payloads. As a result, we kept nonrecurring engineering costs and other expenses associated with first article satellites to an absolute minimum.”

The EPS network will replace the current Interim Polar System and serve as a polar adjunct to the Advanced EHF system. Both EPS payloads feature an onboard processing unit similar to those on AEHF satellites but scaled down to meet reduced mission capacity requirements.

“The successful scaling of AEHF components demonstrated by EPS provides a low risk basis for affordable protected SatCom with AEHF levels of protection at the cost of vulnerable unprotected SatCom,” said Tim Frei, vice president, Communication Systems for Northrop Grumman. “EPS proves that we can transition Technology Readiness Level 9, anti-jam, low probability of intercept communications into new platforms at low cost and risk, providing real protected SATCOM at no more cost than unprotected SATCOM. This will be a game changer for the government. This is part of Northrop Grumman’s broad affordability initiative, which seeks to combine the best commercial technologies with TRL 9-level government technologies. These components include Low Cost Terminals, lower cost satellites, payloads, launch and ground control.”

The Space and Missile Systems Center has signed a Cooperative Research and Development Agreement (CRADA) with Space Exploration Technologies Corp., better known as SpaceX, as part of the company’s effort to certify its Falcon 9 v1.1 Launch System for National Security Space (NSS) missions. 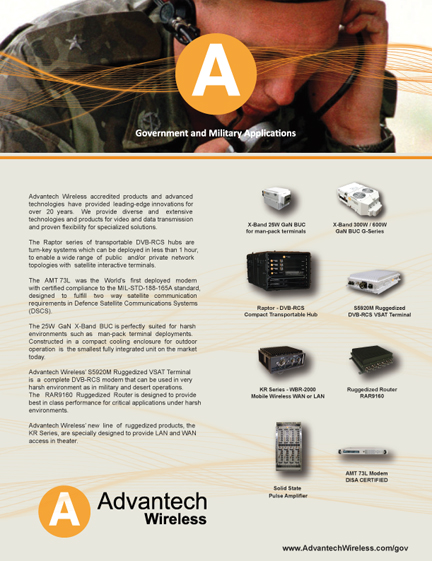 This cooperative agreement facilitates data exchanges and protects proprietary and export-controlled data. The CRADA will be in effect until all certification activities are complete.

Once the evaluation process is complete, the SMC commander will make the final determination whether SpaceX has the capability to successfully launch NSS missions using the Falcon 9 v1.1. SMC anticipates entering into additional CRADAs with SpaceX to evaluate its Falcon Heavy rocket and with Orbital Sciences for its Antares launch vehicle.

Currently, United Launch Alliance’s Delta IV and Atlas V are the only certified launch vehicles capable of lifting NSS payloads into orbit. The addition of multiple certified launch vehicle providers bolsters assured access to space by providing more options for the warfighter to place needed capabilities on orbit. While certification does not guarantee a contract award, it does enable a company to compete for launch contracts. Those contracts could be awarded as early as Fiscal Year 2015 with launch services provided as early as Fiscal Year 2017.

DoD Doing All They Can... 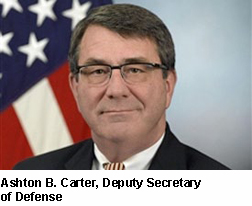 The Defense Department is doing all it can to minimize the effects of sequestration spending cuts, Deputy Defense Secretary Ash Carter told a “think tank” audience here today.

“We’re doing everything we can to manage our way through this very difficult and abrupt circumstance,” Carter said at the Center for a New American Security.

Carter said the $37 billion in fiscal year 2013 spending cuts would not be so bad for any one area if they were spread over all DOD accounts, but they cannot be, though DOD exempted warfighting accounts from any cuts.“We protect that. We have to,” Carter said. “It’s a war.”

The president exempted military compensation from sequestration, the deputy secretary said. “Then we exempted a number of critical functions from sequester, for example, nuclear deterrence, our ability to respond to crises ... and on down the line, taking some things off the table entirely,” he added.

The department then tried to protect those things critical to the execution of U.S. military strategy, Carter said, and applied the $37 billion reduction to what was left.

“That hits particularly hard in the operations and maintenance accounts,” he told the audience. “These are the accounts that support training, and as a result, military readiness plummets.”

The Air Force has grounded 13 combat squadrons for the rest of the fiscal year. Navy officials have cancelled ship deployments and deferred maintenance. But the cuts hit particularly hard on the Army, Carter said. The Army has cancelled most of its major training events for the rest of the fiscal year. The deputy secretary said he does not know how long it will take to reconstitute this readiness following sequestration.

“At a minimum, [it’s] embarrassing to be doing this, in the eyes of friends and foes alike, and at a maximum, [it’s] unsafe,” he said of the sequestration cuts.

The situation reinforces in the minds of national security leaders the necessity to be prepared for what might happen in the future, Carter said. 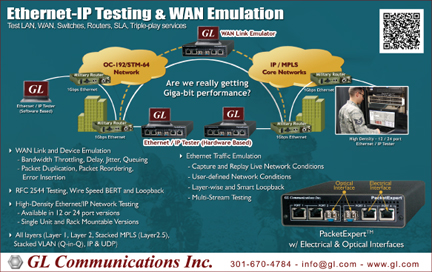 The rocket blasted off from the Plesetsk launch site in Russia’s north at 22:37 Moscow time on Friday.

“The spacecraft separated from the third stage of the rocket as scheduled,” Col. Dmitry Zenin said.

According to previous reports, the satellite is the second in the new Persona series of electro-optical reconnaissance satellites based on the Resurs DK remote sensing satellite.

The first Persona satellite (Kosmos 2441) was launched onto a sun synchronous orbit in July 2008 but reportedly malfunctioned in February 2009 due to a failure in electronic components.

Russia operates a network of about 60-70 military reconnaissance satellites, featuring updated imaging technology and an extended lifetime of up to seven years, according to open sources.

SDRs For The Middle East

Harris Corporation has received a $23 million order from a country in the Middle East as part of its tactical communications modernization program.

Harris will provide the country with Falcon III® radios, accessories, software, service and support as part of a transformational wideband tactical communications system. The system provides battlefield forces with greater command and control and situational awareness by transmitting tactical voice, video and data.

Communicating With A Smaller Footprint 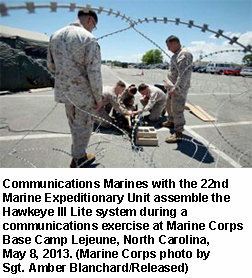 Setting up a small forward operating base, Marines from Joint Communications Support Element aboard MacDill Air Force Base in Tampa, Florida, introduced the MEU Marines to the Hawkeye III Lite system. The system is a lightweight communications satellite that provides a quick way to establish communications using a smaller footprint. The system is meant for missions that require a minimal amount of gear and personnel, such as a site visit. “If you have a small team that goes out, you don’t need a big data package,” said Staff Sgt. Christopher Webber, JCSE initial entry team chief and native of Altamount, Florida. “For us, we have three small suitcases and you can quickly give the team leader capabilities such as data, email and communication to the ship, to the MEU headquarters.”

When the system is assembled and powered up, Marines can get remote Internet, live videoconferencing, surveillance or reconnaissance feeds as needed. The system minimizes the need to bring multiple vehicles and systems for small groups of Marines while allowing for appropriate security level communication between personnel. The system can operate on a range of security classification levels, depending on the task. The MEU employs a system similar to the Hawkeye III Lite that helps to streamline their capabilities as a quick reaction force.“It gives us the ability to deploy with small teams and provide full network capabilities,” said Sgt. Andrew Lee, 22nd MEU cyber security manager and St. Louis native. “It provides the same capabilities as some of the bigger equipment.” 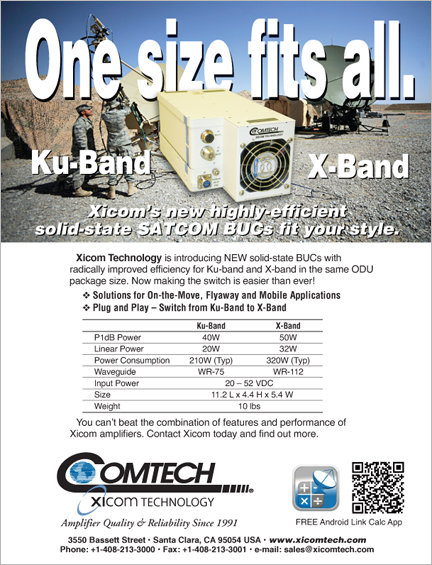