Discussions with various military colleagues continue regarding the subject of Carrier ID continue to be held.

From the start of the conversations regarding IRG, security concerns for the military indicated a “no-go.” However, as we progressed, this initial reaction has been tempered and Carrier ID is now being looked at in a far more favorable light.

This, of course—given the very nature of the military—is understandable. Although we are on the correct track, I believe more has certainly yet to be done to bring the military into the Carrier ID program.

Causing Interference
Military satellite operations suffer from satllite interference to the same degree as commercial operators. This stands to reason—first, because the military is one of the largest of all SATCOM user groups and, secondly, because the very nature of military operations these days is often occurring via a more commercial footing and approach.

More often than not, MILSATCOM services are provided by VSAT networks or Communications-On-The-Move (COTM)  terminals that operate in remote and often challenging environments. Many times, terminals are unmanned, adding yet another complex issue to the overall the interference puzzle. Even when terminals are manned, moving through difficult terrain can easily cause misalignment of antennas.

Statistically, VSAT networks are both a significant cause of interference as presenting the most difficult problem to solve—by far. VSAT is responsible for approximately 50 percent of the interference problem for most satellite operators around the globe. 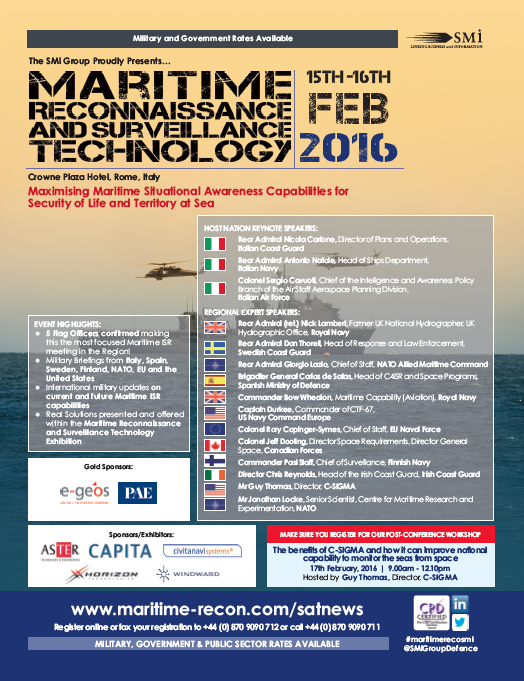 The military relies heavily on satellite communications in conditions that are often difficult to the extreme and the generation of interference a highly critical problem. Interference can often migrate to other types of communication systems, as well, which introduces complex scenarios that seem almost impossible to fix. Add to this the military personnel who are working in difficult conditions are the one’s responsible for ensuring communication channels remain open—the challenge becomes highly recognizable.

Solving Interference
How can interference be managed to allow an operations team to resolve common issues quickly?

With the major cause being VSAT networks, there are a number of reasons why this type of interference is so tricky to resolve and, therefore, requires a number of mitigation methods.

Quite often the equipment is simply not up to “scratch.” According to Inmarsat’s Mark Steel, around 50 percent of all interference is caused by poor equipment quality.

The terminals used by the military are often auto-deploy in nature. Manufacturers produce these products so as not to cause satellite interference, especially as they will often be moved during operation, and this is not a simple task.

With more and more products in the marketplace, and manufacturers facing stiff competition, this challenge is becoming all the more apparent. If all users were to ensure new equipment is of a type approved by the Global VSAT Forum (GVF), I am confident we would witness a huge decrease in the instances of interference.

The other major factor is human error due to a simple lack of proper training. This is perhaps the most simple of the problems to solve, as there are a broad range of training courses available regarding interference mitigation. The challenge in the military environment, however, is the constant movement of personnel and their positions and the need to constantly train new technical staff.

An Identifier
The thought of identifying a carrier within the military is just not an easy pill to swallow. So far, IRG has not seen any widespread implementation of CID within MILSATCOM. As stated previously, we are at the start of project initiation and momentum is building, albeit slowly. However, a number of new regulations and rules are being structured and we should start to see an increase in Carrier ID implementation.

As Carrier ID rollout continues, highly likely is that we will reach a stage where only the military is unidentified. Such will start to change the game plan for the military’s commercial operations. Suddenly, MILSATCOM operations will become the obvious difference and numerous military services will be easily identifiable due to their absence of an ID.

IRG has often considered that scenario as similar to making a comparison with car license plates. If you don’t have one, you will instantly look suspicious in a world where having a number plate is the norm.

Don’t forget that CID doesn’t make the user identifiable to anyone, but simply tags their service. The only information in the shared database will be the unique identifier and the satellite operator to whom that customer belongs. The satellite operator’s responsibility is to keep information pertaining to that customer and contact details in their own, secure database. In the case of military services, the ID would be tagged locally within their own secure systems anyway.

The clever part is that commercial operators can exchange ID information through their military operations, thereby quickly resolving normal issues. However, when an ID is truly suspicious, then the military will have the tools and good reasoning to institute more in-depth checks for the safety and security of all global satellite systems.

Expanding The Toolbox
CID is on the military agenda and IRG is noting the growing the number of tools in the interference toolbox. We have far more technology available that has been specifically designed to help in those unique circumstances.

This includes solutions from such companies as Integrasys to ensure an antenna is correctly aligned at installation. Another, new solution in the arsenal is VeriSat’s VSAT interference monitoring tool, SatGuard. (Please see the SatGuard feature later in this issue of MilsatMagazine.)

SatGuard is able to identify, in mere minutes, the source of adjacent satellite interference (ASI) and cross-polar interference caused by VSAT terminals. SatGuard also now includes an improved GSM demodulation tool, which uses a simple decoder unit to read information from GSM beacons. By detecting the mobile cell being received, this tool can pinpoint the VSAT terminal or terminals in an area that is likely to be the cause of the interference.

Significant improvements in geolocation technology have also been made. Siemens Convergence Creators, for example, recently announced that their single satellite geolocation tool has been deployed by Eutelsat. This technology provides reliable localization of interference signals without the need for an adjacent or second satellite. This is particularly important where an adjacent satellite is just not available, or the operator cannot gain access from another satellite operator.

Military Support
The toolbox is expanding all the time and we are making some great headway which will help with the majority of VSAT terminal interference problems. However, to solve interference, we really must use a combination of these tools at all times.

If all users were to make certain they only employed certified equipment, ensured their staff was up-to-date with training and deployed all of the available tools and technology relative to their business, then I’m certain we would have little or no interference at all.

As always, we need to work together to help reduce interference for all military, government, agency and commercial users.
satirg.org/ 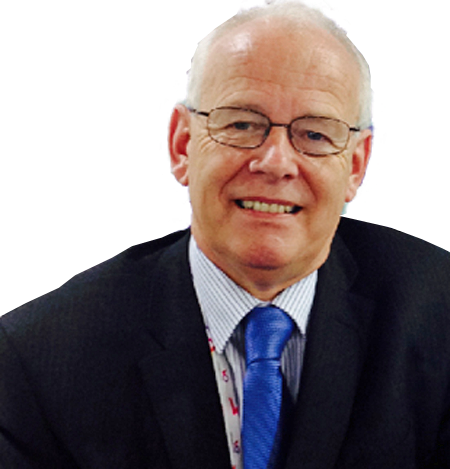 Martin Coleman is the Executive Director, the Satellite Interference Reduction Group (IRG). Martin is responsible for spearheading a number of significant initiatives and is committed to introducing new technology and processes to mitigate all types of satellite interference: VSAT TDMA Systems, BIG Data; a reference guide to Interference; sorting out those Difficult Cases including new standards and processes within the Geolocation industry; assisting the ITU in dealing with Harmful Interference; and implementing Carrier ID (CID). Martin regularly addresses the industry on the subject of satellite interference, at global industry events, on an individual basis, and at IRG-led conferences
and webinars.

The Satellite Interference Reduction Group (IRG) is the global industry organization, whose mission is to combat and mitigate radio frequency interference (RFI) for an interference-free Satellite Frequency Spectrum.

There are a number of tools, technologies, and processes already available to reduce interference and our goal is two-fold. The IRG works to help the industry understand what those tools are and how to effectively use them effectively plus the organization is constantly looking for new and better ways to fight satellite interference.

The Satellite Interference Reduction Group is one of seven non-profit associations to commend the support from major inter-governmental and private-sector organizations to preserve satellite spectrum.

In a joint statement issued by an international coalition of seven non-profit associations, including IRG who represented the global satellite communications sector, the show of support was strongly commended: “The high level of support from these organizations makes clear the importance of satellite communications in the C-band spectrum and how further disruption of safety-of-life services due to wireless interference is unacceptable.”