Editor’s note
Chris Forrester has been, and continues to be, one of the leading senior contributors for SatNews publications. The recent rush of news from Google and industry analysts could well find this Silicon Valley company having an enormous impact on the satellite and space industries’ commercial and MAG environs... should Google’s efforts to enter these environs congeal successfully, that is. To that end, Chris presents his thoughts regarding Google’s prospects...

The expectations of Google investing $1 to $3 billion in a huge constellation of LEO-orbiting broadband satellites (reported by various outlets to be between 180 or 360 in number) is definitely concerning for ‘conventional’ FSS and BSS satellite operators, as well as the new kids on the block, such as O3b, Inmarsat’s Global Xpress® and Intelsat’s Epic NG suite of satellites. 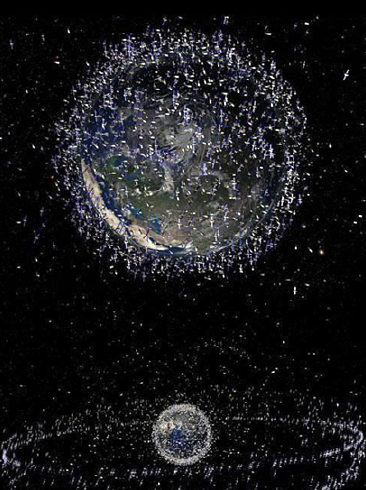 Artistic rendition of all of the satellites currently on orbit around Earth. Image courtesy of te@chthought http://www.teachthought.com/

Perhaps the likes of O3b, Global Xpress and Epic should be encouraged that Google’s endorsement of satellite-delivered broadband is a further justification that their own business plans are sound. Certainly, those of us connected to the satellite industry should welcome this new well-funded player to ‘raise all boats’ in what is—as yet—still embryonic technology.

Everyone is aware that VSAT activity has a valued place in a satellite’s product mix and business. While players such as ViaSat, Hughes and Paris-based Eutelsat’s KA-SAT have all managed to develop decent business models, it has not been meteoric in nature.

A Google spokeswoman told the WSJ that the company is focused on bringing hundreds of millions of additional people online. “Internet connectivity significantly improves people’s lives. Yet, two thirds of the world have no access at all,” she said. She declined further comment to the newspaper. However, this sounds like a mirror image of the O3b mantra.

(For your contributor, it has been fun trawling back through the past, recognizing important names such as Tedesic, Craig McCaw, the old Iridium outfit, and a dozen of additional adventurous schemes). All had merit, other than the cost implications, which were truly massive.

Industry consultant and satellite watcher Roger Rusch, who runs TelAstra Inc., is typically blunt and forthright, saying Google’s project will end up “costing far more than they can imagine today,” he said, “perhaps as much as $20 billion. This is exactly the kind of pipe dream we have seen before.” 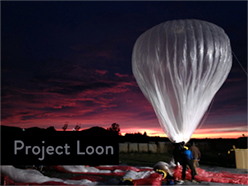 Raven Aerostar has been working closely with Google in a pilot project called Project Loon that is designed to provide broadband, wireless Internet access to millions of people across the globe. This solution uses Raven Aerostar high altitude balloons. Image is courtesy of Raven Aerostar.

Unsaid by Rausch is that the only difference between Google and its many predecessors are the exceptionally deep pockets available to the company for funding this project.

Indeed, other voices are more upbeat about Google’s prospects. Jeremy Rose, of London-based consultancy Comsys, says it could represent a sea-change in how people obtain their broadband, and not just in the far-away, so-called, Third World jungles, but potentially in urban and suburban areas as well.

However, set against these comments there are also some hard facts to be digested. The first is that broadband-by-satellite has— to date—enjoyed only limited success. The wide open spaces of North America, and Australia have proven to be good for business, as ViaSat/Hughes and Echostar have certainly proven over North America, and Optus has demonstrated in Oz.

This is not to say that Europe cannot find satellite-based broadband success. The fact is that such simply hasn’t happened yet, despite the best efforts of Eutelsat, SES and others. The likes of O3b (which in fairness is not targeting Europe) might have excellent success in its target markets, although such could be due as much from 3G cellular backhaul as from supplying broadband.

In other words, the jury remains out on Google’s prospects for a Planet-encircling interweb offering. Believe me, I’d sign up in a nano-second if the service gave me an all-I-can-eat global service for a sensible price and one that was fed by a laptop-lid, receiver-transmitter.

Meanwhile, the industry will be watching to see how Google’s concept translates into actual reality. O3b has stuck firmly with a B2B approach, with zero options for consumer connectivity. How will Google establish its satellite business model? Will the business depend on ISPs? Will it—goodness gracious—be ‘free’?

The next three years are going to be fun finding out what Google has up its spatial sleeves.

About the author
Senior Contributor Chris Forrester is a well-known broadcasting journalist and industry consultant. He reports on all aspects of broadcasting with special emphasis on content, the business of television and emerging applications. He founded Rapid TV News and has edited Interspace and its successor Inside Satellite TV since 1996.  He also files for Advanced-Television.com. In November of 1998, Chris was appointed an Associate (professor) of the prestigious Adham Center for Television Journalism, part of the American University in Cairo (AUC), in recognition of his extensive coverage of the Arab media market. 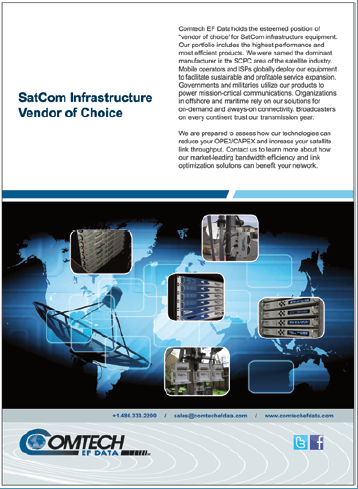