On April 18th, 2009, Dirk Traen of Belgium’s international dredging and land reclamation specialist Jan De Nul N.V. received the news all ship operators fear: One of his company’s vessels had been forcibly taken by pirates off the Gulf of Aden.

As chairman of the Jan De Nul N.V. crisis center, Dirk was responsible for the release of the 10 man crew and the vessel, a side stone dumper named MV POMPEI. The painstaking negotiations lasted more than two months, time in which Dirk and his team gained first hand experience of dealing with pirates. They also found out that the Ship Security Alert System (SSAS) and, although not designed for anti-piracy, the recently introduced Long Range Identification and Tracking (LRIT) system, can be vital assets in piracy situations.

Jan De Nul Group is committed to mitigating the risk of piracy attack and ensures its company crews are prepared when traveling through piracy hot spots. Each vessel, according to international regulation, has a ship security plan and, in the case of MV POMPEI, specific measures had been taken to avoid attack en route from Dubai to Durban, via the Seychelles and the notorious Gulf of Aden. But even though she was sailing more than 800 miles off of Somalia’s coast, well clear of the usual trouble zone, and only 80 miles from the Seychelles where she was due to bunker, MV POMPEI was about to become the next victim of pirates.

“There is always a ship security plan onboard so the crew were alert and prepared,” says Dirk. “They had procedures in place, although they shouldn’t have needed them in the area they were in. And because it was not an at risk area, it also wasn’t covered by ATALANTA, the organization that provides Navy ships to guide and protect merchant ships.”

In spite of doing everything in their power, MV POMPEI was attacked and boarded. When it happened, according to crew reports, the takeover was quick. Not being armed, the crew was unable to present any meaningful resistance. At least one shot was fired, although it seems that this was meant as a warning.

The Crew were easily pacified and relieved of their mobile phones and any other way to contact home. 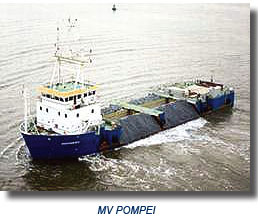 This left the pirates in control of the vessel’s SATCOM systems. However, for reasons unknown, they allowed the Ship Security Alert System (SAILOR TT-3000SSA) and SAILOR TT-3000LRIT to continue transmitting. This meant Dirk and his team, in addition to the Belgian military and other authorities, could clearly track the MV POMPEI at all times during the hijacking.

LRIT is a recent amendment to Chapter V of the International Convention for the Safety of Life at Sea 1974 (SOLAS), which introduces new mandatory position reporting obligations for SOLAS vessels. It came into force on January 1st, 2008, with compliance required by December 31st, 2008. It demands that SOLAS vessels automatically transmit their identity and position with date/time at 6-hour intervals. They must also be capable of answering requests from member states and LRIT data centers for immediate position reports and be able to change the time interval between reports to a maximum frequency of every 15 minutes.

“The combination off SAILOR SSAS and LRIT was very useful when the MV POMPEI was under control of the pirates as we had accurate, regular reports of the vessel’s position, so we could always see if the ship was moving,” explains Dirk. “And it did move. Firstly, for just half a mile, which was due to the monsoon. Later on, though, it moved 25km to the North. But because of reports from the SSAS and LRIT, we knew where MV POMPEI was positioned at all times.”

This kind of information is very useful to the authorities during a piracy event. Because the attack on MV POMPEI was a crime against Belgian citizens, the Government scrambled into action and Jan De Nul N.V. had the support of several agencies, including the crisis center in Brussels, The Ministry of Foreign Affairs and the Belgian Navy and Air Force. It was a large operation but thankfully, one that ended peacefully on June 28th, 2009.

“We paid a ransom that was delivered by airdrop,” says Dirk. “The pirates were all onboard and they counted the money in the presence of the master as a witness. They divided the money on the ship itself and then waited for the right moment to get off the ship, for their own security. I suppose in the Gulf of Aden it’s dangerous for everyone, even the pirates themselves. In the morning, there was a call from the master to say that every pirate had left the MV POMPEI and the crew were free and safe, which was a huge relief to everyone involved.”

The SAILOR LRIT aboard MV POMPEI had, fortunately, been fitted aboard shortly before the ship left Dubai. Although it was just one factor in securing the safe release of vessel and crew, Dirk believes that both SSAS and LRIT have an important role to play in piracy negotiations. 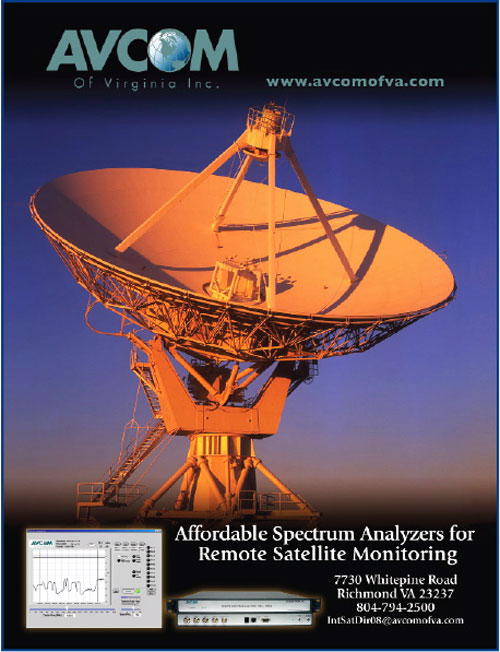 “SSAS and LRIT don’t prevent piracy but their position reporting allows you to follow a vessel’s planned route. If there is a strange deviation from the voyage plan you can immediately see that something is wrong, allowing you to react much earlier,” says Dirk. “First contact with the pirates was actually four days after MV POMPEI was boarded, but because of the SAILOR SSAS and LRIT onboard, we already knew that something was happening.”

“During a hijacking, you can only rely on electronic communication. We never saw the pirates, we never met them and we were not at the table to discuss the ransom. There’s a brick wall before you and through that wall you have to communicate, but on their terms. The SAILOR LRIT was different, because it gave us accurate information, when we needed it, on our terms,” concludes Dirk.

About the author
Henrik Dryholm is Market Development Manager for Tracking at satellite equipment manufacturer Thrane & Thrane. As the company’s tracking specialist, he has played a part in bringing the benefits of LRIT to the maritime industry.