ULA enjoyed the second successful launch of this year on January 19 with the SBIRS GEO Flight 4 Mission for the U.S. Air Force. 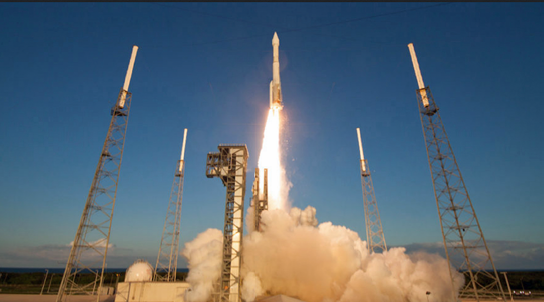 This launch came after a delay due on the previous day’s scheduled activity, due to a ground issue associated with the booster liquid oxygen system... ULA has now completed two launches from the two opposite coasts in a single week.

SBIRS is considered one of the nation’s highest priority space programs, and is designed to provide global, persistent, infrared surveillance capabilities to meet 21st century demands.

“Meeting the challenge of launching two critical national security missions from opposite coasts within a week, the entire ULA team once again demonstrated its unwavering dedication to 100% mission success,” said Laura Maginnis, ULA Vice President of Government Satellite Launch at ULA. “Thank you to our U.S. Air Force and industry teammates for their outstanding partnership in successfully delivering SBIRS to orbit today.”

This is the 75th launch of the Atlas V rocket, ULA’s 2nd launch in 2018 and the 125th successful launch since the company was formed in December 2006.

Built by Lockheed Martin Space, SBIRS consists of a network of satellites in geosynchronous orbit, sensors in highly elliptical orbit and a sophisticated ground control system. 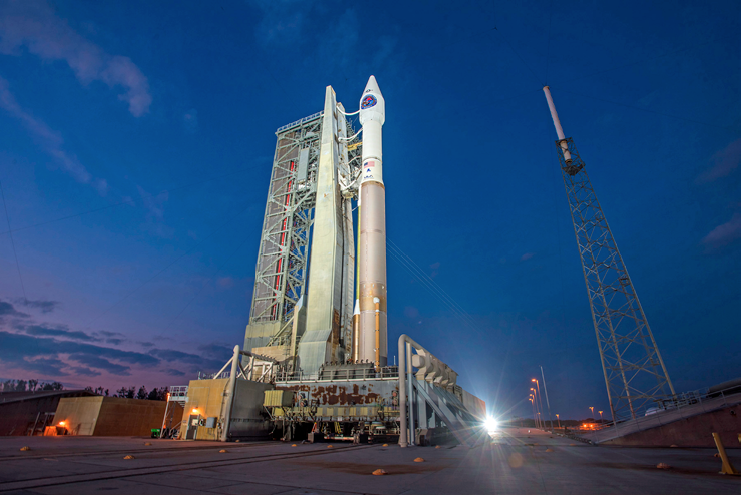 The ULA Atlas V awaiting the launch sequence with the Lockheed Martin-built SBIRS GEO-4 payload aboard for the U.S.A.F. Photo is courtesy of United Launch Alliance.

The Space Based Infrared System is considered one of the nation’s highest priority space programs and is designed to provide global, persistent, infrared surveillance capabilities to meet 21st century demands in four national security mission areas:

The SBIRS team is led by the Remote Sensing Systems Directorate at the U.S. Air Force Space and Missile Systems Center. 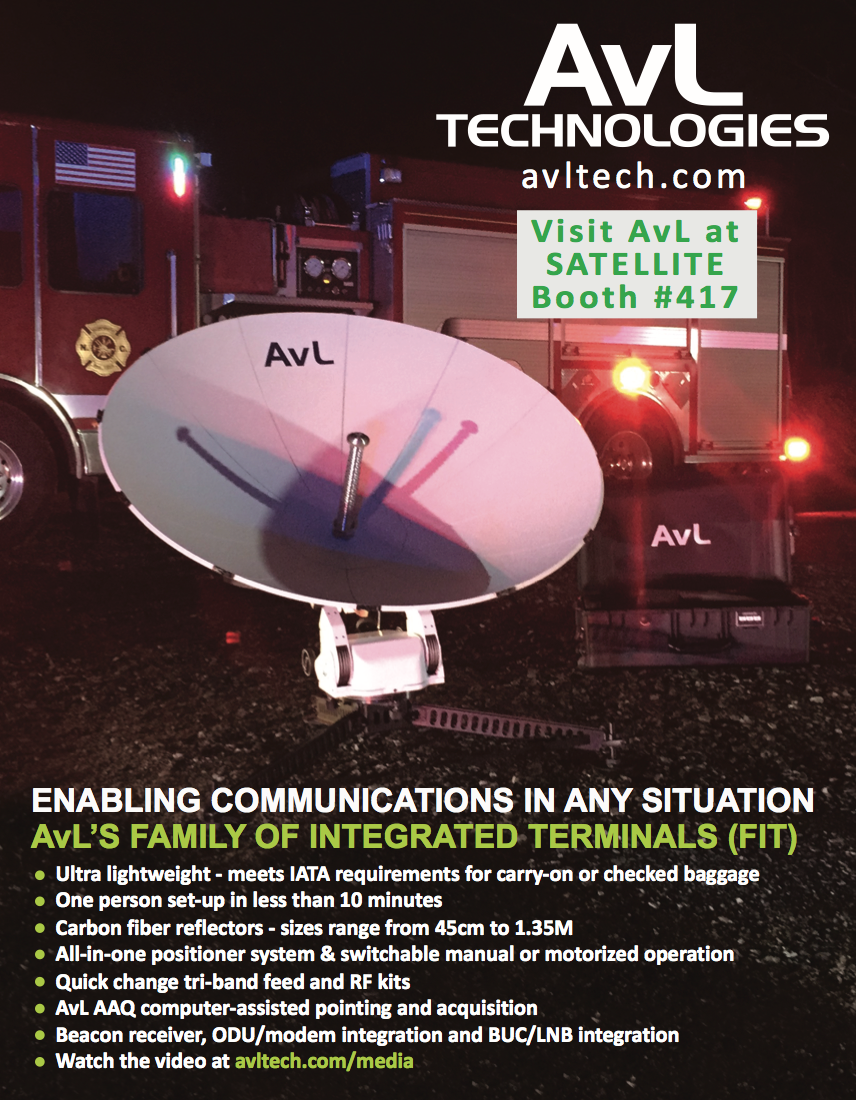 Aerojet Rocketdyne, Inc., a subsidiary of Aerojet Rocketdyne Holdings, Inc., played an integral part in this launch of the U.S. Air Force’s newest missile warning satellite, including a role in helping to minimize the mission’s impact on Earth’s orbital environment.

The Atlas booster for this mission was powered by the RD AMROSS RD-180 engine. Aerojet Rocketdyne provided the AJ-60A solid rocket booster (SRB) and RL10C-1 engine for the Centaur upper stage.

The mission differed from previous SBIRS launches aboard the Atlas V rocket in that an Aerojet Rocketdyne AJ-60A solid rocket strap-on motor was used to increase the vehicle’s lifting capability.

The added power from the single AJ-60A reduced the amount of fuel needed by the rocket’s Centaur upper stage to place the Lockheed Martin-built SBIRS GEO Flight-4 satellite into its proper transfer orbit.

Once the satellite separated, the Centaur had sufficient fuel left over to propel itself into the ocean, so that it will not pose a collision threat to spacecraft in an increasingly congested orbital environment.

The Centaur is powered by Aerojet Rocketdyne’s RL10C-1 upper-stage engine, which generates 22,890 pounds of thrust.

Variants of the RL10 have been in service for more than 50 years on multiple vehicles, including ULA’s current Delta IV, which is used along with the Atlas V to launch the vast majority of U.S. national security satellites.

Both stages of the Atlas V used Aerojet Rocketdyne-supplied helium pressurization tanks, while the company’s 12 MR-106 hydrazine thrusters provided roll, pitch and yaw control, as well as settling burns, for the Centaur’s phase of the mission. 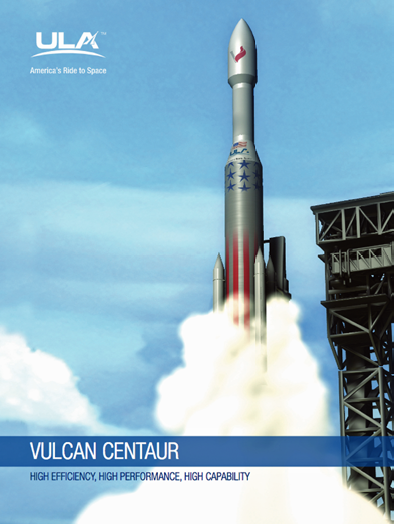 Aerojet Rocketdyne’s propulsion products were not limited to the launch vehicle. The SBIRS GEO Flight-4 satellite is equipped with 18 Aerojet Rocketdyne hydrazine thrusters that will maintain its orbit and orientation during a mission lasting up to 12 or more years.

In addition to maintaining the satellite in its orbital position, these thrusters provide attitude control during orbit raising as well as the boost needed to decommission the satellite at the end of its service life.

The SBIRS’ primary mission is to provide timely warning of missile launches throughout the world.

Once it completes on-orbiting testing, GEO Flight-4 will round out the initial SBIRS constellation, providing global coverage.

“The SBIRS satellites help safeguard the nation’s homeland and deployed forces against the threat of ballistic missile attacks. It is critical to have reliable propulsion systems on every satellite to ensure they maintain a watchful eye and are able to detect a threat at a moment’s notice,” added Drake.

Aerojet Rocketdyne is a world-recognized aerospace and defense leader that provides propulsion and energetics to the space, missile defense and strategic systems, tactical systems and armaments areas, in support of domestic and international markets.

ULA’s next launch is the GOES-S mission for NASA and NOAA on an Atlas V rocket. The launch is scheduled for March 1 from Space Launch Complex-41 at Cape Canaveral Air Force Station, Florida.

The SBIRS GEO Flight-4 satellite is responding to the Wing’s commands as planned. 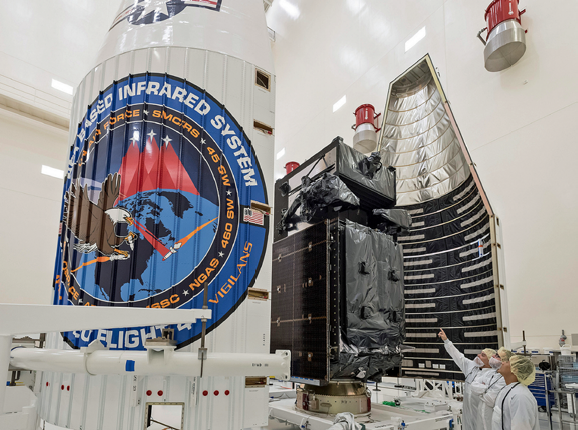 Back on the ground at Buckley Air Force Base, a sophisticated new SBIRS ground control system — also designed by Lockheed Martin —serves as the nerve center for the entire SBIRS satellite constellation and receives large amounts of data from the satellites’ powerful sensors.

The SBIRS control system and its operators convert this data into actionable reports for defense, intelligence and civil applications.

McCormick added, “Space is a place to do great things, and we’re already improving on SBIRS, upgrading our fifth and sixth SBIRS GEO satellites to our modernized LM 2100 satellite bus at no additional cost to the Air Force. On SBIRS 5 and 6 the Air Force saved $1 billion through improved production and management efficiencies.”

SBIRS Block 10 also provides the Air Force with greater efficiency by consolidating ground control for the legacy Defense Support Program, as well as SBIRS satellites and payloads in GEO and Highly Elliptical Orbits.

Next, the SBIRS GEO Flight-4 will begin transitioning to its final location in geosynchronous orbit, approximately 22,000 miles above the Earth. There, the satellite’s solar arrays, light shade and antennas will be deployed to begin on orbit testing.

The satellite will join SBIRS GEO Flights 1, 2 and 3, which were launched in 2011, 2013 and 2017 respectively and continue to meet or exceed performance expectations. 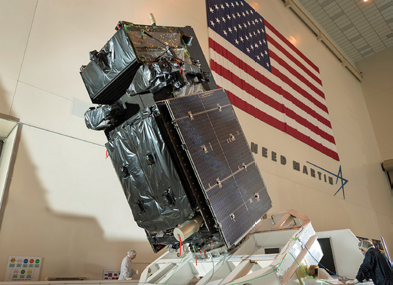 The satellite was delivered to Florida on October 31, 2017.

The 460th Space Wing (460 SW) is located at Buckley AFB, Colorado, and is an Air Force Space Command base that serves Active Duty,

The Wing supports a Joint, Total Force and coalition base in all but name. This includes 3,500 active duty members from every service, 4,000 National Guard personnel and Reservists, four commonwealth international partners, 2,400 civilians, 2,500 contractors, and approximately 88,000 retirees, veterans and dependents combined. The base contributes nearly an estimated $1 billion annually to the local economy.

The 460th Space Wing falls under the direction of 14th Air Force and Air Force Space Command. For the wing’s day-to-day operational mission, the 460th SW directly supports Combatant Commands across the globe. 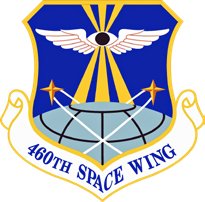 The 460th Mission Support Group (460 MSG) provides trained personnel to support the Air Expeditionary Forces and Homeland Defense. The group is responsible for force protection, quality of life, human resources, contracting, logistics, base infrastructure and environmental stewardship support to the 460 SW and personnel throughout the Front Range area.

The 460 SW is unique in that it supports more than 90+ base partners located both on base and in the local community.