To offer some insight into the leadership behind this crucial program, MilsatMagazine delved into Colonel Larrimore’s background — we asked him about what prompted him to join the U.S.A.F. as a career officer, as well as what other postings he has experienced during his career, including his most enjoyable duty station. The Colonel offered the following information as to his qualifications to manage the SBIRS Space Group at the Space & Missile Center at Los Angeles Air Force Base in California.

Colonel Larrimore
I would first like to thank you for the opportunity for this interview, as SBIRS is a very important program as we push forward toward our fist GEO launch. I am extremely proud to be an integral part of the technical cutting edge that provides security for our nation.

To share a little about myself, I graduated from Princeton University in 1986 with a degree in Mechanical and Aerospace Engineering. I hold graduate degrees from Purdue University in Astronautical Engineering and George Washington University in International Affairs. As an Air Force officer, I’ve held several assignments, including Squadron Command at the National Reconnaissance Office and I was an Air Force Fellow at the Institute for Defense Analyses. I have experience in technology development, acquisition, and space operations.

My most memorable assignment was when I was stationed at United States European Command in Stuttgart, Germany. I was a political-military affairs officer working the Partnership for Peace program and a desk officer for Kosovo, Serbia, and Montenegro. It was great working with emerging democracies as they prepared for defensive cooperation with the United States and NATO partners. Stuttgart was also a great base from which to travel throughout Europe to see historic and beautiful sites and to meet people from many different and diverse cultures.

MilsatMagazine (MSM)
Colonel, the funding of our nation’s security programs is undergoing severe examination through new political processes in Washington D.C. — the defunding of TSAT is just one example. How will you be able to continue to support SBIRS as a “must have” mission, as well as ensuring that the much-needed enhanced missile warning capabilities remain fully funded? What steps can you take at your level of the operation to support these missions?

Colonel Larrimore
The Space Based Infrared System Program (SBIRS) has been identified as a Key National Security Program. It is the only program in the country that develops space systems to provide early warning to our nation. In order to help ensure continued funding, it is important for the program to stay focused and execute on the acquisition commitment of the first two spacecrafts, GEO-1 and GEO-2, as well the SBIRS Follow-on Program (SFP).

The Infrared Satellite Systems Wing (ISSW) has an extremely committed force of men and women working together each day, totally focused on program execution. As the Commander of the SBIRS Space Group (ISSG) I am proud to lead a team of individuals supporting Space Segment of the SBIRS Program.

MSM
The U.S.A.F.’s DSP Flight 14 continues in operation today, even after 20 years of on-orbit operations. How does DSP integrate with SBIRS? Is this simply a case of ensuring redundancy in case of a catastrophic failure of one system or another? What is the purpose of DSP?

Colonel Larrimore
DSP is a legacy program that has been operating since the 1970’s. The DSP program was designed for Missile Warning and the spacecraft are in geosynchronous orbit. SBIRS will be picking up the operational continuum of that missile warning to carry it into the future.

SBIRS Highly Elliptical Orbit (HEO) provides infrared data from the polar region. The integrated ground network has the capability of fusing the HEO and DSP data together to provide a greater amount of information more quickly to the warfighter.

The GEO satellites will be in the same orbit as DSP. These spacecraft will have a faster revisit rate for “normal mission data” and higher sensitivity to see emerging threats earlier. Once on-line, this data will be fused with DSP and HEO data, in turn providing faster, more reliable information to deployed forces.

MSM
What role does Space Based Infrared Systems (SBIRS) play in helping to protect the United States?

Colonel Larrimore
SBIRS has four Mission Areas. those being...

These four mission areas, for the SBIRS program, provide early views of the targets, can see the targets longer and more frequently than other sensors, and can provide amazing data collects to the combatant commanders. 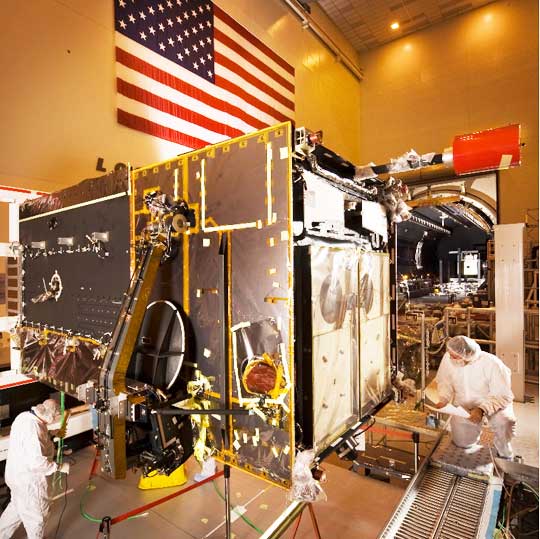 MSM
What is the composition of the SBIRS constellation? Are future satellites planned for SBIRS?

Colonel Larrimore
SBIRS is comprised of (a) two HEO sensor payloads aboard host spacecraft already hosted in the Molniya Orbit, and (b) four geosynchronous (GEO) satellites that will complete the current SBIRS system.

MSM
What are the target missions for SBIRS?

MSM
What technologies are incorporated into these satellites?

Colonel Larrimore
The heart of the GEO Payload is the infrared focal planes. The GEO satellites will use two IR sensors, a scanner and starer. The Ground system processes the raw data and quickly fuses SBIRS and DSP information for delivery to the operational users.

MSM
How does SBIRS relay its information to command and control centers, and what actions can be taken once crucial data has been received from the satellites? Has the revisit time improved for SBIRS, as compared to DSP?

Colonel Larrimore
SBIRS relays data on a secure communications link for normal, survivable, and endurable operations. The SBIRS revisit time has increased from that of DSP. The downlink is 24X7 real time to the Ground relay stations, and the data passes though secure links to the control center. The fused data is analyzed to create potential tracking data and graphically shown to the operator. The data collects, fusion and transmission process is operated by the 460th Wing.

The following is a possible example of response time and use of data. During a theater conflict, short range missiles, as well as missiles launch by submarines, can reach their targets within 7-10 minutes. In such a case, a theater commander would use the data to respond immediately by ordering troops in the threatened area of his command to take cover and don chemical warfare gear.

In the case of a missile launch from the Eurasian Land mass to the U.S., the warheads would arrive about 30 minutes after launch. Responses to this warning would have to be made within that 30-minute timeframe. 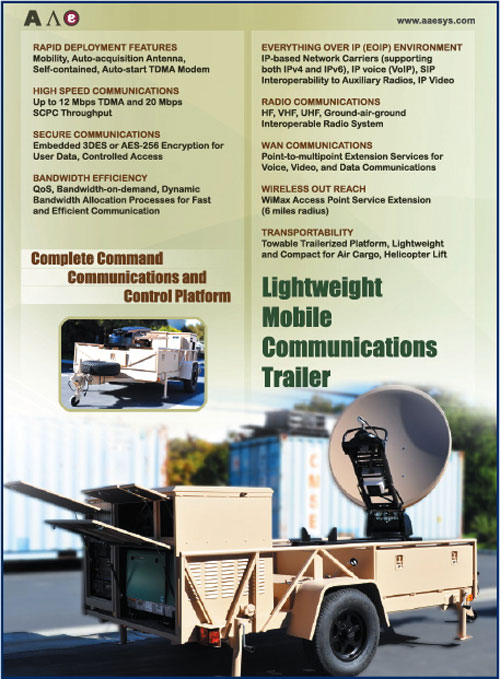 MSM
What wing(s) are tasked for SBIRS operations? And where are the relay stations for the SBIRS ground segment?

Colonel Larrimore
The Wings tasked for the SBIRS operations are the 460th and 14th SWS. The relay stations are located at the following locations:

MSM
There have been discussions as to software problems with SBIRS’ fail-safe programs as well as some mechanical defects, such as with its gyroscopes. Can the software be fixed to ensure better SBIRS performance? And are these problems one reason why 3GIRS-RR has been instituted? If such is the case, how can citizens feel assured SBIRS will work correctly when, and if, needed due to hostile missile launches? If these fixes cannot be accomplished, what sort of coverage gap are we looking at for the activation of a follow-on system?

Colonel Larrimore
The Flight Software Subsystem (FSS) that controls the spacecraft is complete. The integration and spacecraft testing has demonstrated the software to be very stable and of extremely high quality. The FSS is currently in Software Item Qualification Testing (SIQT), which reviews the fail modes on the spacecraft and the payload. The Common Gyro Reference Assembly (CGRA) failure during GEO-1 testing surfaced inadequate soldering technique of jumper wires; investigation and disposition are in work.

U.S. citizens can be assured that the payload and spacecraft undergo rigorous testing, including Thermal Vacuum tests, to insure they can withstand the flight-like environment. The SBIRS combined team is working diligently with the contractor to verify that the product is sound and that it will perform once launched.

MSM
Where do you see our nations’ defense heading over the next few years, especially given budget cutbacks and the removal of land-based missile defense systems in Europe? Is this indicative of a move away from U.S.A.F. to U.S. Navy missile defense programs?

Colonel Larrimore
The U.S. Air Force will follow the directions of the Commander In Chief and the Congress using whatever assets are available.

MSM
How can the U.S.A.F. encourage additional recruitment into its service, and why should such opportunities be considered by today’s men and women of military service age? What are the benefits to such?

SMC
The Air Force has made great strides in creating a new core of space professionals — better trained, equipped and organized to move into the future. The Nation is counting on us for the critical edge that space can provide. To become a part of exciting and cutting edge technology is a benefit to those individuals who want a challenge and to work in new uncharted territory.

MSM
Would you please define and describe the U.S.A.F.’s 3GIRS-RR program, which we understand is the follow-on to SBIRS?

MSM
Incorporated into the 24x7x365 global coverage of 3GIRS-RR, would you please tell us about the Wide Field Of View (WFOV) staring sensors? Why are they better than the sensors incorporated into SBIRS? Who developed these sensors for the program?

SMC
WFOV staring sensor technology has several advantages. As staring sensors, they do not have gimbals or steering mirrors which simplifies assembly, integration, and test as well as operations. The staring sensors provide continuous coverage without the revisit delays in DSP and SBIRS scanning sensors. The WFOV sensors are also more sensitive allowing detection of dimmer targets. Put together, the staring and improved sensitivity can provide significant benefits to missile warning and missile defense. XR has contracts with SAIC and Raytheon for WFOV sensors and payloads. In 2008, SAIC and Raytheon delivered sensors for ground testing and are now on contract to mature those sensors into flight qualified payloads.