Selecting US General Hyten as the keynote speaker for the SmallSat conference in Logan, Utah, may have surprised some, given the nearly non-existent adoption of small satellites within the US Military’s operational space architecture to date.

Yet the factors driving commercial and civil government engagement in the small satellite market equally apply to military users. The question is not if the military and intelligence community can benefit from these, but how quickly they can leverage smallsat advantages within slow moving procurement processes and risk-averse, status quo operating frameworks. Given ongoing spending constraints, ever increasing demand for information and communications connectivity, ISR and a growing focus on resilient space, could these restraints be curbed in the coming years to make military and intelligence a true small sat market?

In its Nano and Microsatellite Markets, 2nd Edition report, NSR found that military users generated just one-tenth of activity in 1-100 kg. satellite launches over the last five years. While high volume commercial constellation launches are, in part, responsible for this imbalance, military users unquestionably remain the smallest group of operators. Moreover, nearly all of these satellites were experimental rather than operational.

Gaining successful experience as a customer of commercial ventures will be one way military doubts in small satellite capabilities are countered over the coming years. 2015 has already seen two indications of growing military acceptance of small satellite based services: a US Army contract with Terran Orbital Systems to provide distributed sensor monitoring and asset tracking via nanosatellites, and National Geospatial-Intelligence Agency speeches highlighting the utility of high-revisit small satellite data coverage.

Satellite-based weather data promises to be the next capability procured as a service, and, moving forward, the growing diversity of small satellite applications opens the door to more collaboration. In addition to providing services that are otherwise inaccessible, or overly costly, for budget-limited military entities, commercial small satellite ventures can expose the military to an experience that counteracts internal cultural resistance to the new mode of operations that accompany small satellites.

In addition to these budding commercial relationships, multiple military branches have launched technology development satellites that will pave the way for operational military satellites. While incapable of replacing larger satellites altogether, these experimental nano and microsatellite projects are exploring their potential to act as low-cost complements to larger platforms and serve as nodes in disaggregated architectures currently under discussion.

The opportunity to use smallsats as responsive assets, launched only when required for gap-filler communications or observation coverage, offers a novel capability. This is one aim of the joint Operationally Responsive Space office formed in 2007. While the DoD has, at times, attempted to defund the ORS office in favor of allowing military branches to pursue small satellite projects independently, the $6 million 2016 funding request signals a realization that such projects are not mutually exclusive, and that the platform warrants attention from diverse players.

Key applications for operational military small platforms will be Situational Awareness, Earth Observation, and Communications. The two US Air Force Geosynchronous Space Situational Awareness Program small satellites, launched in July 2014, are a first step, as is the intention to build follow-on weather and Space Based Space Surveillance satellites in a small form factor.

However, risk aversion, bureaucratic hurdles, and program stability both within the military and Congress, remain a stumbling point to implementing these ideas—several have been re-scoped and subsequently canceled before reaching fruition—such as the System F6 formation flying project and the Soldier-Warfighter Operationally Responsive Deployer for Space rapid launch vehicle. While not yet canceled, projects such as DARPA’s SeeMe and the Army’s Kestrel Eye Earth observation systems experienced ongoing delays and have yet to launch even test satellites. While these constraints are expected to eventually ease, the protracted process of military cultural evolution means the small satellite adoption rate will be slow in the near term, despite interest in their use.

A Change In Perceptions
Military users are the smallest group to operate nanos and micros to date. Cultural resistance to new and untested ideas is high, and bringing programs to fruition has proven challenging. Yet, a series of experimental satellites from multiple agencies have laid the groundwork for expanding military use of the smallsat form factor, and capability demonstrations alongside successful use of commercial nano and micro services will enhance this further. Ultimately, a gradual perception change, combined with ongoing budget pressure amid growing requirements, will trigger an increasing use of small platforms and establish military and intelligence agencies as true participants in this rapidly growing market.

Ms. Belle joined NSR as an analyst in 2014. Her main focus is satellite manufacturing and launch markets and, in particular, the trends surrounding the creation of diversified space architectures.  She also contributes to research in government and military communications markets, in addition to participating in the diverse, tailored consulting projects undertaken at NSR.

Ms. Belle comes to NSR from the Research and Analysis team at the Space Foundation, where she contributed to the creation of the publication The Space Report 2014. Her research efforts primarily addressed new and emerging space products and services. This position was preceded by an internship with the Space Foundation during which Ms. Belle explored the policy considerations and efficacy of international space endeavors, such as the International Space Station.

Ms. Belle received a Master’s degree in Space Management from the International Space University in 2013. Prior to attending ISU, she coordinated programs for a science outreach non-profit in Colorado. Her Bachelor’s degree was awarded from The Colorado College in 2010 with a focus in Biology and Chemistry. During her undergraduate studies, Ms. Belle completed several internships at the NASA Ames Research Center in microbiology and atmospheric chemistry. 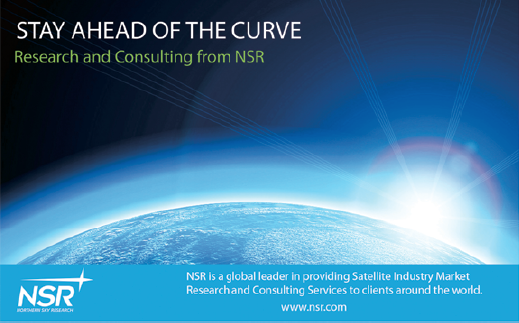